It is commonly believed that through dreams, our subconscious mind processes everything we experience in our waking state. Mixed into surreal adventures that often lack a sense of logic, our dreams can vary between euphoric astral adventures in which we are able to levitate or travel through time, and the darkest of nightmares that include such horrific things, we hardly understand upon awakening how we could even come up with that. As Freud called it “the royal road to the unconscious,” dreams about death and dying can suggest a phase of transition or transformation. But when death actually takes place in our reality, we tend to dream about this specific death a lot. Let me share my death dreams with you, and explore how the process of grief continues on while we are sound asleep.

When my father died, I was 24. Old enough to have an idea of what death meant and to know it was a part of life. Young enough to still need a father. There was so much I wanted to learn from him. I could endlessly listen to his stories about the time he grew up, in the 30’s and 40’s, when the world was an entirely different place. I wanted him to meet my future husband and approve of him. I wanted him to see me grow and to be proud of me. But as I have shared on here before, he was definitely not young anymore at 83 and at a certain point it was just inevitable – in fact, in a lot of ways it was already a miracle he had made it this far.

I had been aware of his mortality for the most part of my life. Because of his age (58 when I was born), I knew he would die sooner than the fathers of my friends. His dark sense of humor caused the subject of death to appear in our daily conversations ever since I was little. And although I did not want to support the idea that he would one day die, it made me aware of the fact that he would, and that he knew this himself all too well. His own approach to death, no matter how morbid one may have found it, gave me a strange sense of relief. Especially towards the end, when his body started failing him. He knew death was coming and he surrendered to it, having lived a full live that included the war and the loss of so many others he had loved. He had seen enough of life to know and accept death and was welcoming it with wide open arms and an all-knowing smile.

“The divide between my lived experience and the dreams that followed made these bad dreams all the more disturbing to me.”

Still, for me, no matter how I realized his death was inevitable, and no matter how I had on some level prepared for it all my life, this loss was heartbreaking. Like a knife stabbing through your soul’s heart, leaving a giant black void-filled cut.

For an entire year after his death, I had nightmares about him. Some of them were recurrent in that they were extremely similar, yet they were never exactly the same. These dreams were not nightmares in the sense that they resembled something out of a horror movie, but it was more the dark and eerie atmosphere they presented themselves in, and how this affected me upon awakening.

The recurrent theme was that he would die again and again in each of these dreams. Sometimes I was lucid enough to remember, “But wait, he already died, this does not make sense.” But that only added to the general feeling of confusion and unease in the dream, instead of making it better. On a lot of occasions it was as if my father tried to communicate with me from the other side, but in hopelessly confused and scattered ways. I could not understand much of what he tried to say and when I did, it often didn’t make sense. It left me feeling extremely sad, as if I had failed to be able to help him.

This was however the opposite of my actual experience of his death. In reality I did communicate with him until the end, and even after that, which have been extremely beautiful and to a certain extend life altering experiences for me. This divide between my lived experience and the dreams that followed made these bad dreams all the more disturbing to me.

Eventually the frequency of the nightmares became less, until they completely stopped occurring. I did discover something bizarre a couple years later. In a dream diary I used to keep between 2005 and 2008, one of the accounts I wrote down in 2007 reads: “I dreamed daddy died of pneumonia.” – which was the actual eventual cause of this death, in 2009.

“The dreams trigger my emotions and take me back to the crucial periods when each of my parents were dying, allowing me to mourn, and bring the relationship I had with them into perspective.” 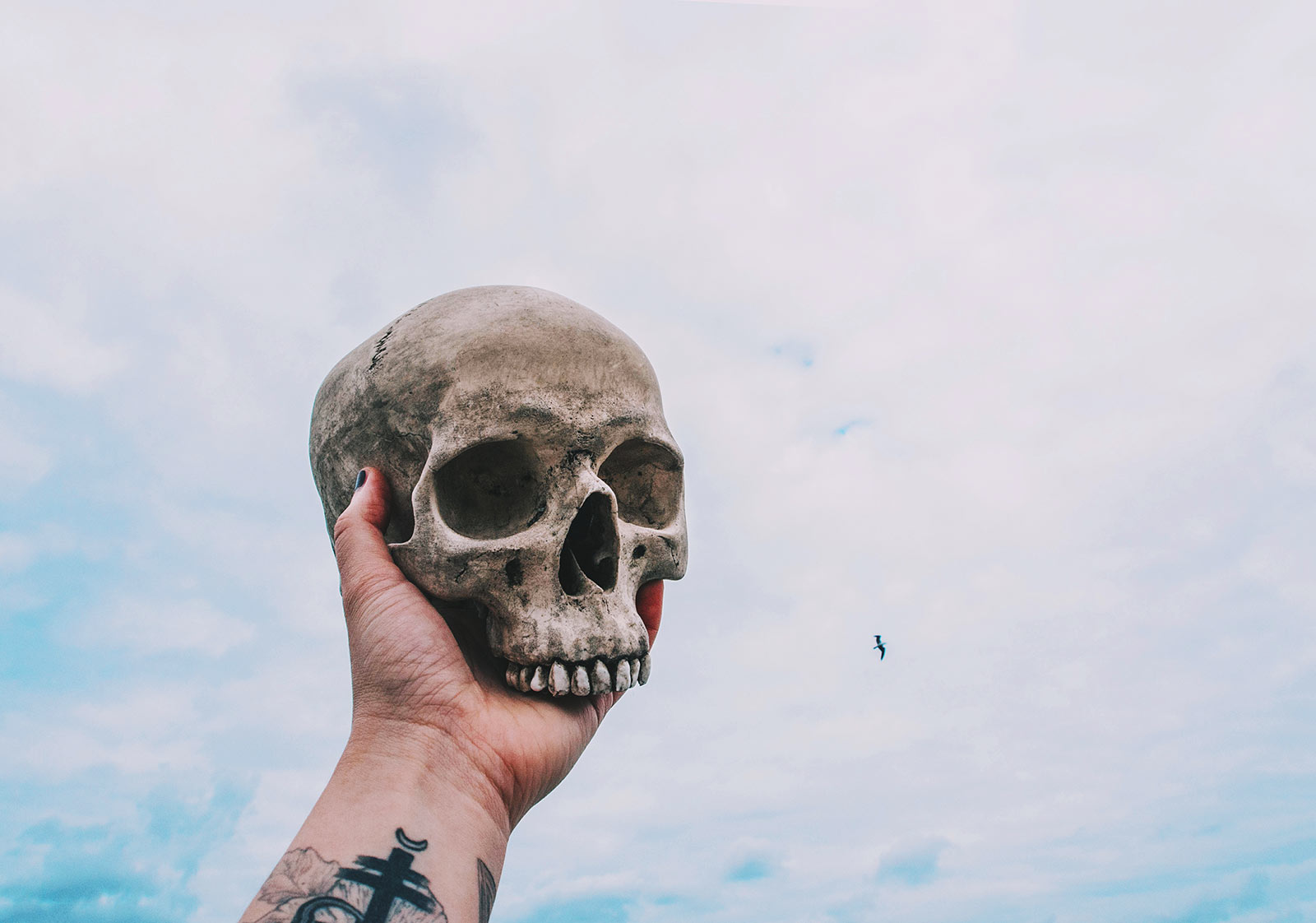 Eight years later when my mother died, her death and the way I was involved was with her were entirely different from how it had been with my father. Which is not very strange, seeing that I had a completely different bond with each of my parents. Today, as I am writing this, it has been five months since she died. And the reason why I decided to write this piece, as you may have guessed by now, is that I have been having nightmares about her as well.

They involve the entire range of events that I witnessed during her final weeks, and also the funeral, the coffin, and just as in the dreams I had of my father, her dying again and again. In one dream it even appeared to be custom for people to not die just once, but multiple times. It was explained to me that dying happens in several stages. In hindsight I think this is a typical psychological explanation of my own grieving process: you go through a loved one’s death, over and over again, so you can mourn the loss of this person and eventually integrate it within yourself.

In another dream I was witnessing a scene in which my mom was still very much alive, although I was clearly only a spectator and knew in my dream she would die. She was at a street market and randomly started speaking to strangers – this was something she actually did in real life, which always embarrassed me when I was little. There was this woman, dressed as an upper class lady with a fur coat and pearl earrings. My mother started speaking to her, but the woman ignored her. She started walking away and my mother followed her. Not giving up, my mom kept pleading to get the woman’s attention. She eventually grabbed her by the arm and begged her, “Please, be my friend.” This dream left me feeling very sad the next day. I kept thinking about it. It strongly represented my mother’s childlike nature and her lack of social skills. Seeing my mother like this in my dream and comparing it to the reality of what she was like reminded me of all the difficulties we’ve had, but also made me see the innocence at the root of all this. She was who she was because of what she had been through herself and was really only longing for contact and acknowledgement. To be friends with someone, and to be loved.

“No matter how dark a dream can be, there is something in it you can learn from, when you look at it without fear.”

Some of the other bad dreams I’ve had after her death brought me to tears as I woke up from them, or when I would remember them again later during the day. But I do not regard the sadness these dreams bring as something negative. I strongly feel they are a part of the grieving process. The dreams trigger my emotions and take me back to the crucial periods when each of my parents were dying, allowing me to mourn, and bring the relationship I had with them into perspective.

Through our dreams, our unconscious communicates with our subconscious, which is shown to us in dreams, so that our conscious mind can then work with the information we receive. Through our dreams we are handed the tools we need in order to heal.

I don’t think any of these dreams are meant to be literal messages, but rather pieces of memories interwoven with our current emotions. And I don’t believe it is the actual the presence of my parents in these dreams either, but rather my own projection of them. Our minds spin these threads and weave these dreams for a reason. Sometimes a nightmare can leave you wondering why you needed to dream something so awful. But no matter how dark a dream can be, there is something in it you can learn from, when you look at it without fear.