I had been following the intriguing instagram account of Ruhail Qaisar for quite some time. His analog photography, shot on expired film, depicting gloomy mountaintops and wild graveyards on the outskirts of the Himalayas always have a mesmerizing effect on me. We started talking not too long ago and I decided to interview him about his music – his death metal band Vajravarah and a noise / neofolk project named SISTER, as well as his own experiences with mortality and death rituals in Leh, a city in the region of Ladakh in northern India’s state Jammu and Kashmir.

What does the word “death” mean to you?
Death holds a rather colloquial meaning for me, as in our tongue the word for death “Shi“, translates to “extinguish“; considering that I sometimes envision life as an infernal cyclone, gyrating into its own reflection. One’s presence is the absence of the other, for what you burn in your pursuit with blood and sweat and tears will stand as a shrieking monolith. 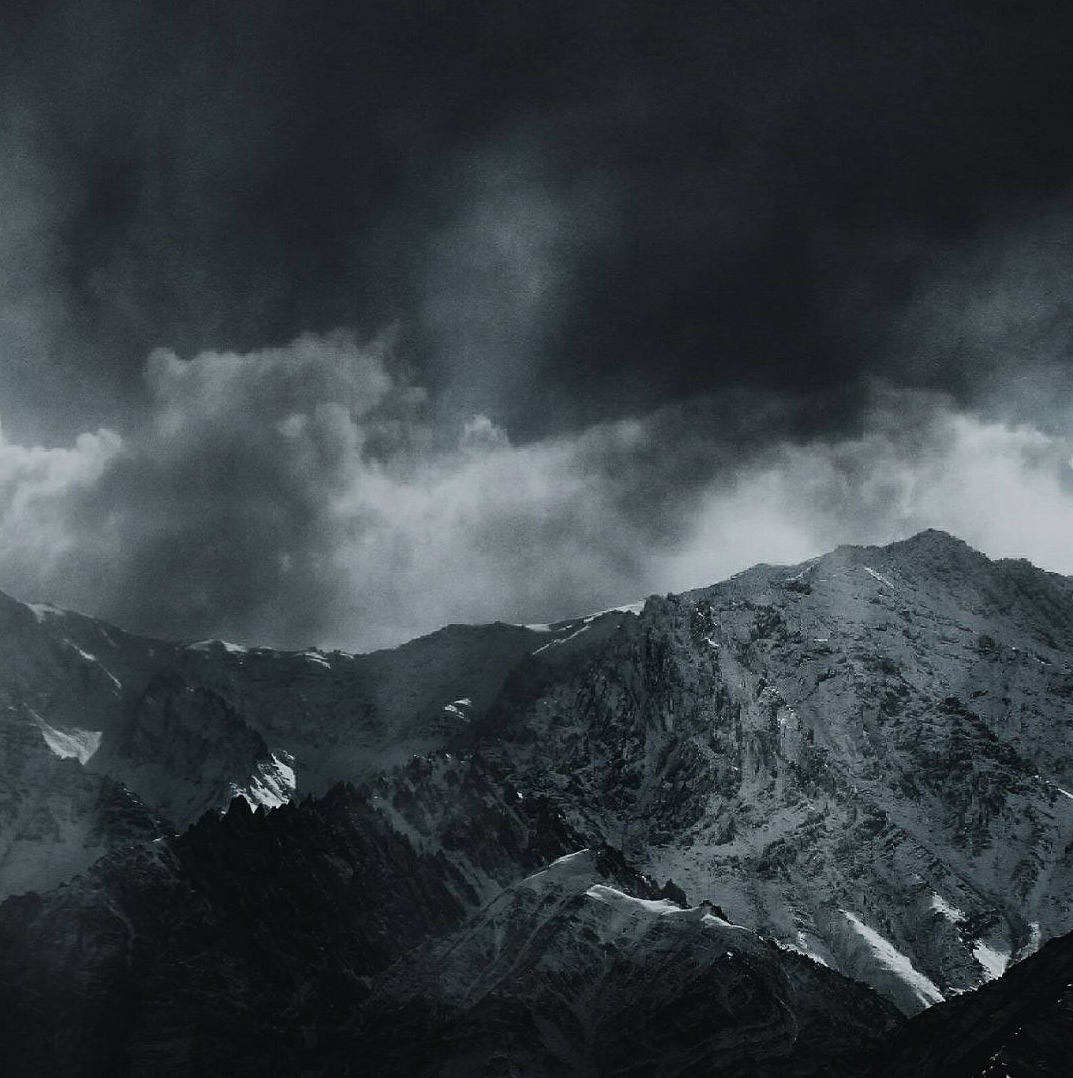 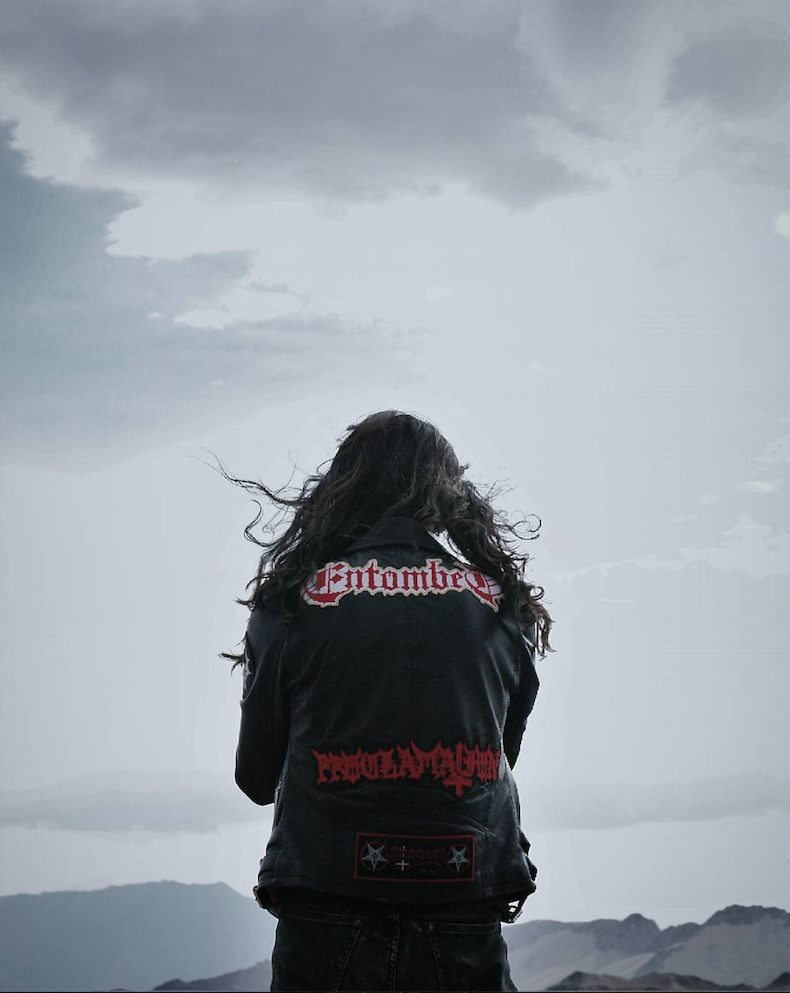 What are your own personal experiences with death?
Death has always been like a silver lining throughout my life. When I was in kindergarten I happened to fall into a stream as I walked over thin ice, fell through and below into the sub-zero Himalayan waters. But someone managed to pull me out through an opening in the ice. This was one of my earliest encounters with death.

What do you think happens when you die?
I don’t particularly like to hold certain perceptions or build delusions regarding this, because growing up within an Islamic family but in a Buddhist community my beliefs were always conflicted. The revered Bardo Thodol (known in the West as the Tibetan Book of the Dead) unwraps a lot of layers in regards to the pursuit of the soul, and the obstacles presented to it through the levels of Bardo pertaining to amount of the desire and suffering quotient in the material world.

“I try to combine the ideas behind my music through walls of noise, feedback, orchestras, and whatever lashes have been whipped on the collective consciousness of this town.”

Have you ever been in contact with a deceased person or experienced anything paranormal?
I have been prone to passing through many zones, and as a child when I visited Kashmir I had a heavy experience one winter during what the locals refer to as “the hour of decadence“. Most people would diagnose me with some vitamin deficiency, but my hands have not stopped vibrating ever since that evening. 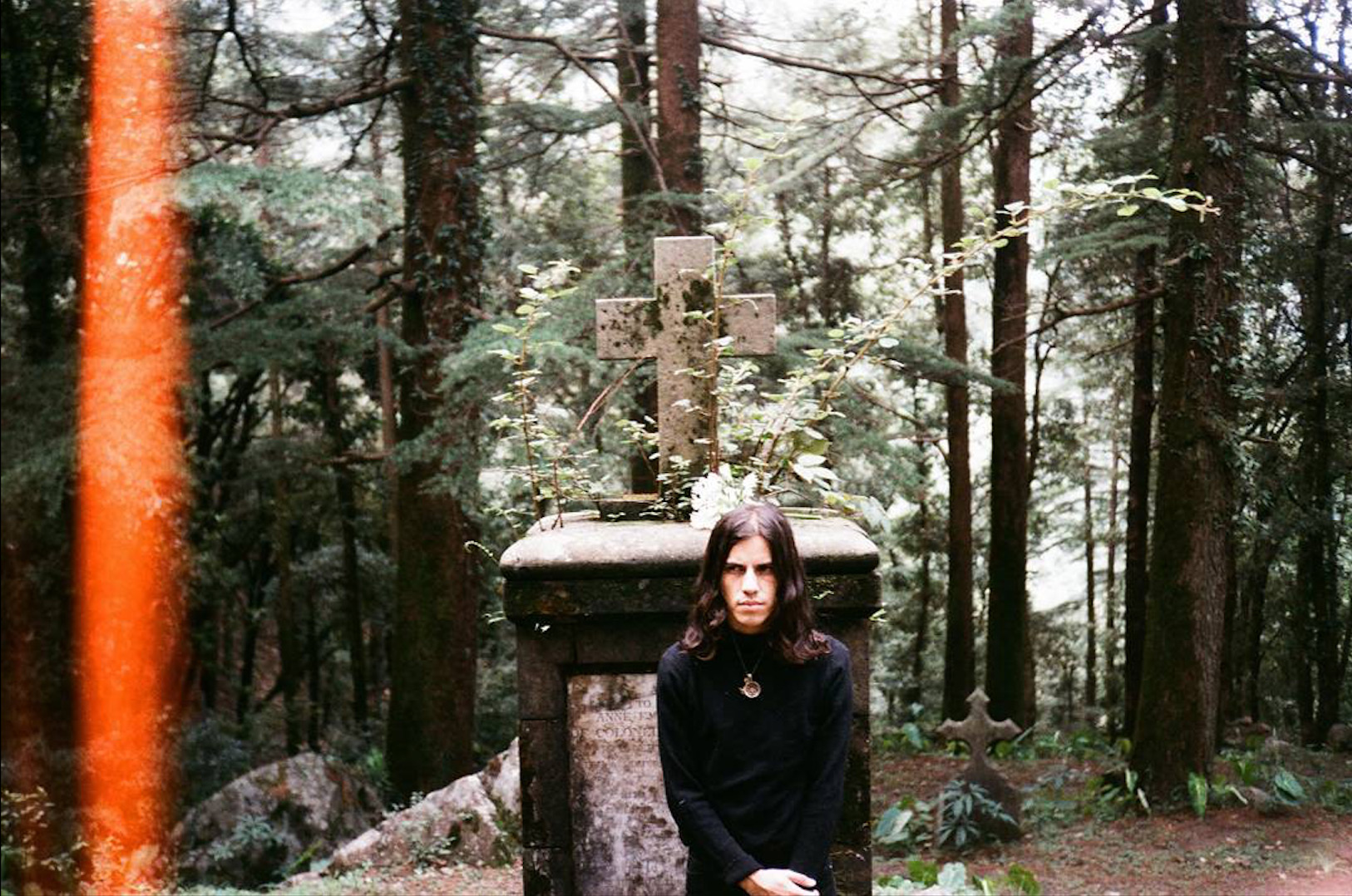 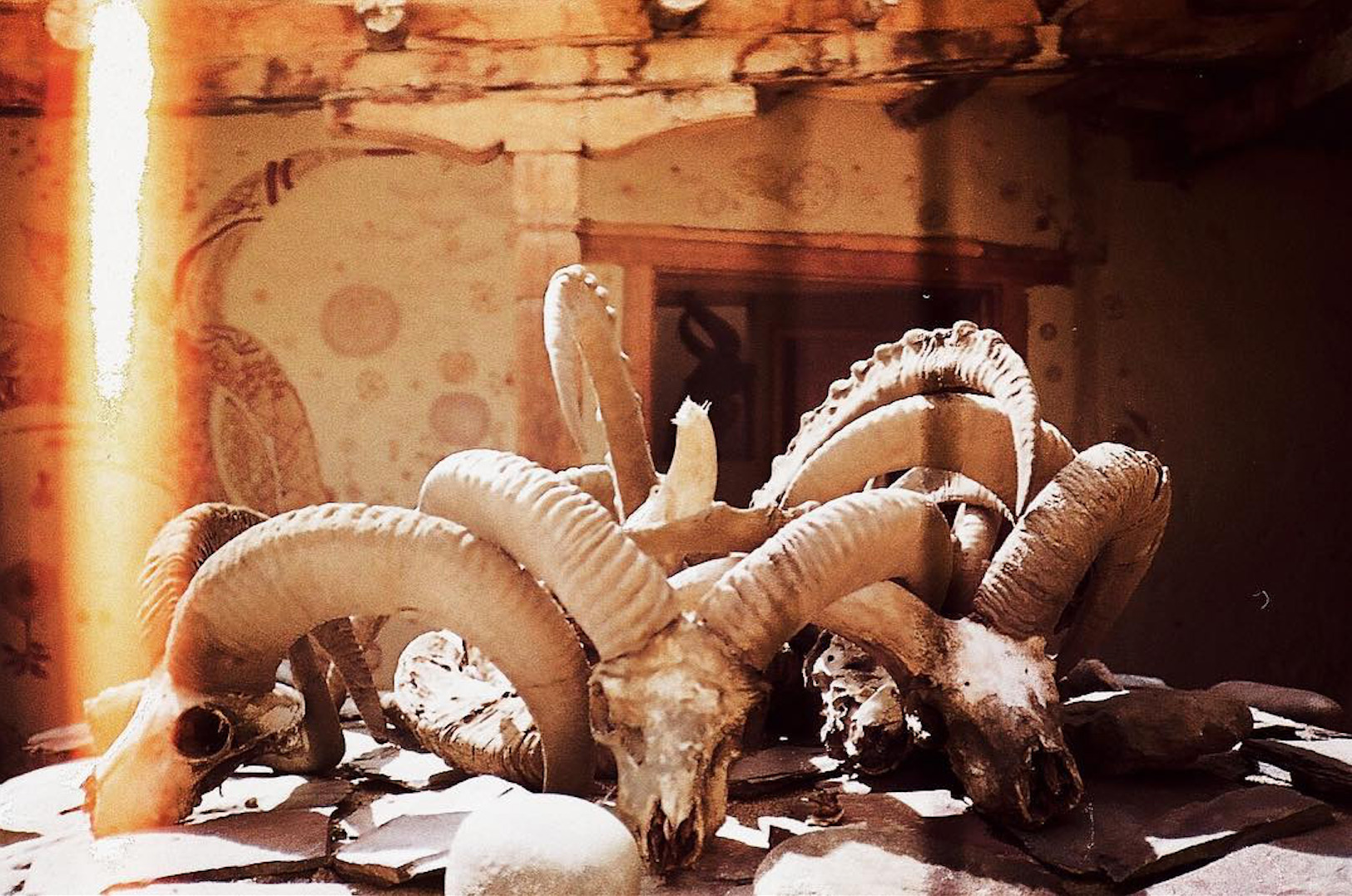 Growing up in India, can you tell me about the way religion influenced you when you were a child?
I grew up in a liberal Islamic household. My father was a painter and was hugely influenced in his work by the French impressionists and the Russian naturalists. My mother is a teacher and was send to many far off remote villages. Bcause of these factors I thankfully ended up averting a life of dogmatic indoctrination and brainwashing, and as a child I ended up visiting more monasteries than mosques and was exposed to art at an early age.

The conservative strain of Wahabism has wiped clean all art and culture within Islam to a blistering and boring dogma where the soul of a believer is strangled by senseless rules in order to attain heaven. Whereas the Buddhist culture has many tenets in my land and has evolved from the foundations of Bon Shamanism, deeply rooted in paganism, ritual bindings, dream states, as well as destructive magic layered with the visual imagery of Tibetan art, combined with the sonic vibrations present in the prayer rituals, the body language and the empowering philosophy to conquer the material world, and ultimately, death itself.

You told me you grew up two blocks away from the charnel grounds. What was this like for you, did you visit there often?
These charnel grounds are located at the end of the old town of Leh which spreads from below the nine story Palace built by the Namgyal Dynasty. As a kid I grew up playing in those fields, filled with burial mounds. Almost every year a significant number of relatives would be cremated there, and mind you, this is a Buddhist cremation ground so all these rituals they proceeded with during cremation had me intrigued and astonished. 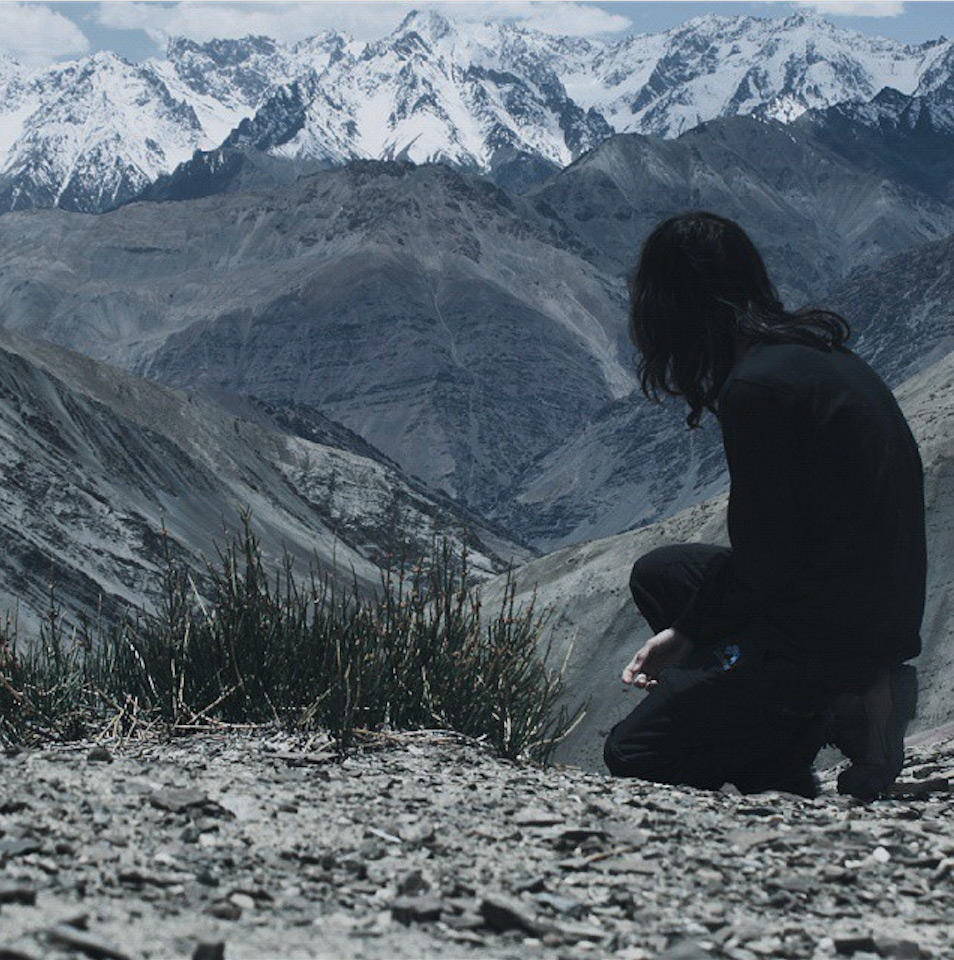 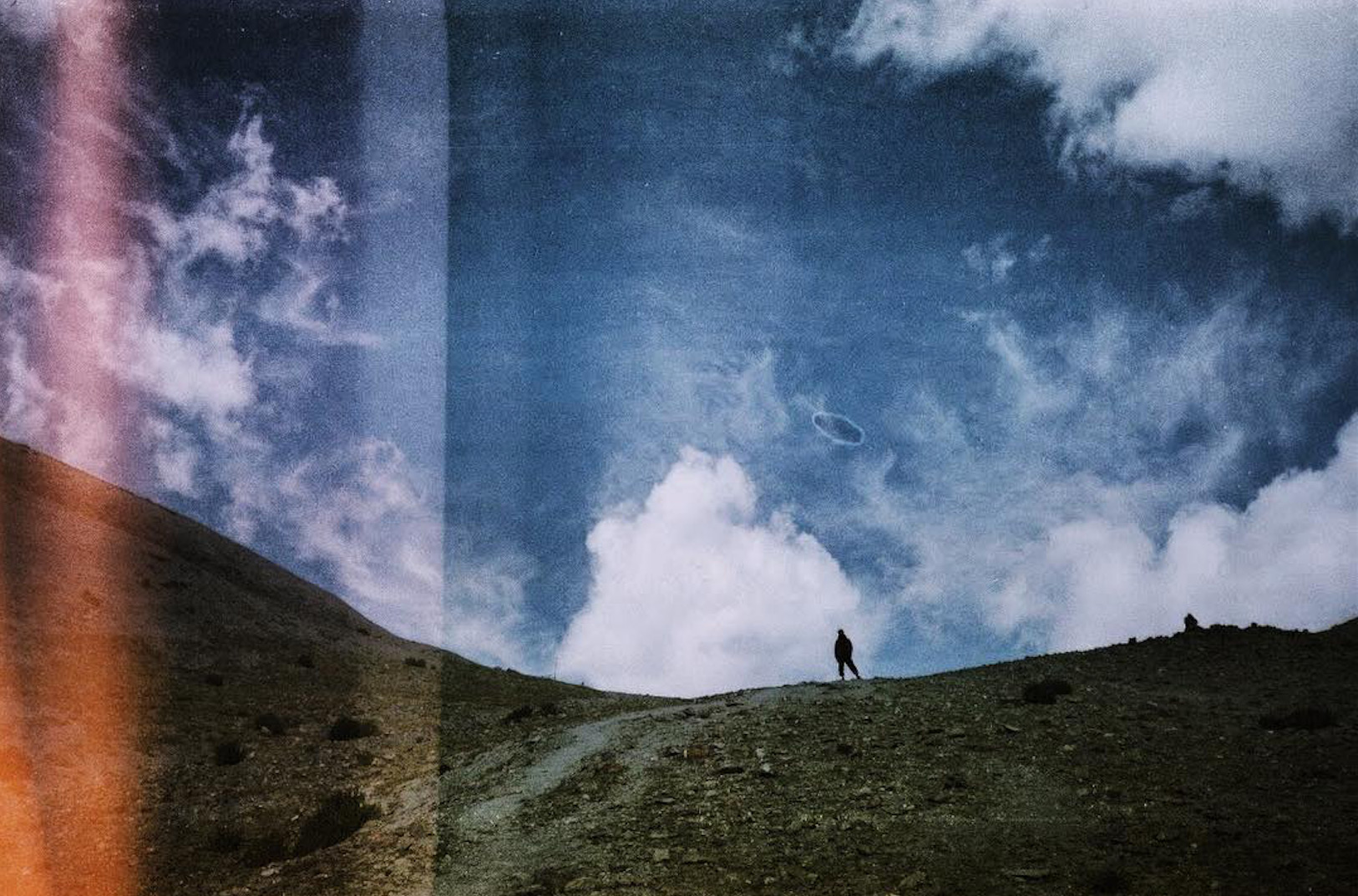 In fact, the house I lived in was built on the grounds where a truckload of people were cremated alive back in the early ’80s, because of a fatal accident thank took place there. These things struck fear in me as a kid, but later I assimilated all of this. I still make visits to the same charnel grounds. I always feel this pull.

Sky-burials are practiced more towards the northern parts of Tibet. Here in Leh children and buried and adults are cremated, but funerals vary depending on a multitude of intricate factors.

“I would prefer to die somewhere below the Kang Ya Tse glacier, silently amongst nature and birds of prey.”

Can you tell me a bit about the music projects you currently work on?
Vajravara is my main death-metal band. The music is hugely influenced by the psychotic streak of bands like Necrovore, Mutilated, Morbid Angel and Liers in Wait. Philosophically and aesthetically it is deeply rooted in the fiercer and wrathful tenets of Tibetan Tantric Buddhist demonology, as well as destructive magic which I have been researching for the past four years.

SISTER is based more on the theme of tragedy and how it permeates into a collective consciousness in small communities through religious conflicts, deaths, disappearances, political riots, natural calamities, and how this affects the psychology of a child in a society in some remote corner of the world. I try to combine all this through walls of noise, feedback, orchestras, and whatever lashes have been whipped on the collective consciousness of this town, or how tragedy is perceived. 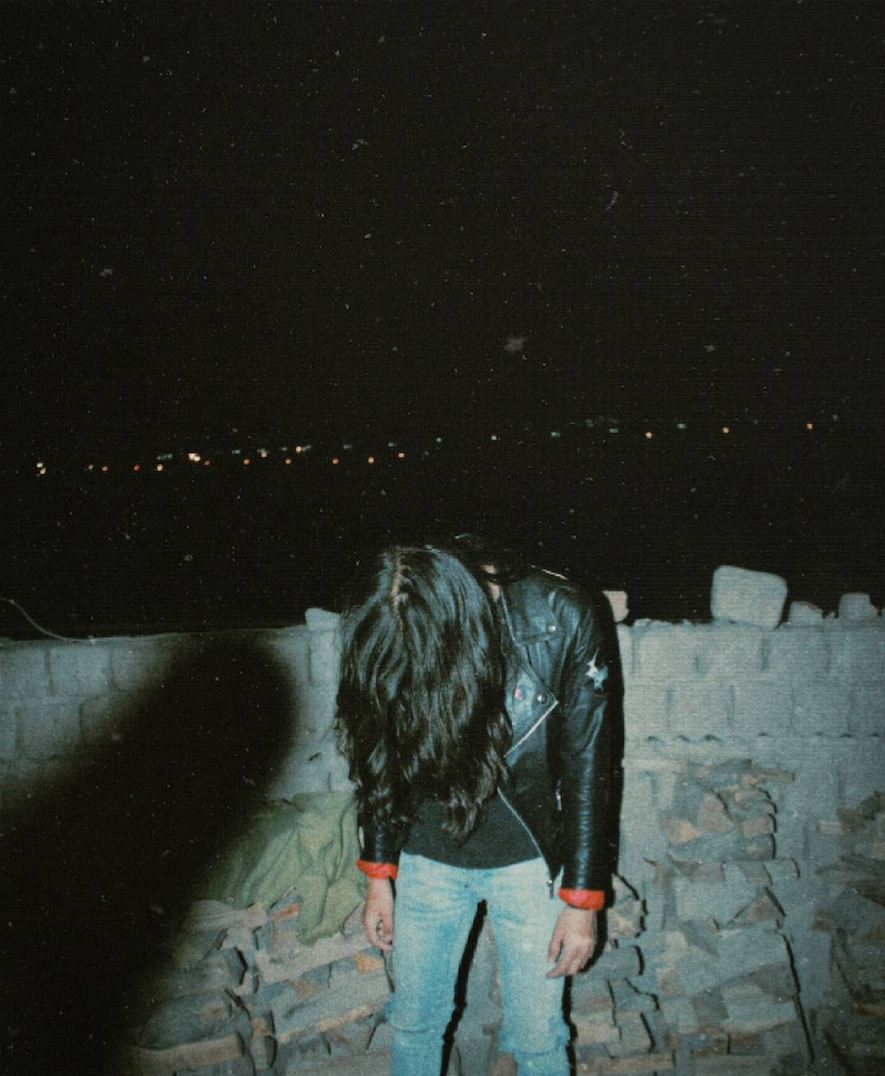 Do you feel like death is a normal and accepted part of life in India?
Death is widely accepted as a part of life, with the extreme terrain and climate we live in, life is hard enough already. Yet as the modern age seeps through in its miasma of vapidity, people have lately become overly sensitive towards the idea of death.

Are you afraid to die?
Not at all, but during the time I have, I desire to attain competency towards my art and be one with it relentlessly.

How do you envision your own funeral?
I would prefer to die somewhere below the Kang Ya Tse glacier, silently amongst nature and birds of prey.