Dutch movie director Tom Six (Alkmaar, the Netherlands, 1973) is best known for his horror trilogy ‘The Human Centipede‘ – a cult movie so shocking it has been banned in several countries. I was interested in learning more about the person behind this controversial work of film-art so I asked Tom what inspired him to make this, and how he really feels about the inevitable end of human life that comes with death.

Do you remember the first time in your life you were faced with death?
Tom: When I was fifteen years old, I witnessed how a friend of mine was crushed to death by a heavy truck. In merely a matter of seconds he had turned into a big smear on the road. I stood there and watched the crushed insides of a human body. It was traumatizing but at the same time very fascinating. That event most definitely strengthened my nihilistic view on life.

Was this experience the start of your morbid fascination, or did something else trigger your interest in the macabre?
The event of being born itself was so shocking to me that I couldn’t talk for two years. According to my mom I was a very charming, nihilistic kid with an inexplicable fascination for all things weird and macabre. Plus I inherited a very black sense of humor which runs in my family. I’m a victim of a happy childhood and this made me totally mad. Making movies and art is a great way of coping with this. Through my work I can do things I would otherwise get locked up for.

“Sometimes I’m terrified of dying, other moments I could easily blow my brains out. Dying now would be such a shame though. I still have so many depraved ideas to create.”

Did you feel guilty for finding the experience of witnessing your friend’s death fascinating besides just traumatizing? And have you ever felt guilty about having dark fantasies later on in life?
No, I never feel guilty for my own thoughts. I never harmed anyone, I’m a true gentleman. Although funny enough the British Board of Film Classifications claimed ‘The Human Centipede 2’ could cause harm to viewers. Humans are very curious beings. When terrorists strike somewhere in the world, gory pictures of the victims of these events are quickly shared all over the net. And through social media people cannot withstand getting a glimpse of a road accident. When it comes to morbid matters, everyone is involved in some way. Regardless of anyone’s judgment of me, I’m thankful for my well developed morbid fantasies as they have made me successful. It would be a nightmare to have only politically correct thoughts.

What is death to you? What do you think happens when you die?

To me, death is like unplugging a computer. The hardware, the software, everything in the system just shuts down. Death is eternal nothingness. Afterlives, heaven, hell or anything like that are all made up by people who are afraid of death and its nothingness. They need something greater than themselves and think they are important enough to continue on living, safely hidden underneath God’s skirt, covered with eternal bliss.

Are you afraid to die yourself?
Sometimes I’m terrified of dying, other moments I could easily blow my brains out. Dying now would be such a shame though. I still have so many depraved ideas to create. And I hate the idea of missing out on so much of life’s glory: beautiful women, sex, art, movies, drugs, new inventions and possible encounters with alien life forms on other planets.

I am a very self-destructive guy. I live by my own slogan: “an unhealthy mind in an unhealthy body”. I live a decadent lifestyle, very excessive and gluttonous. I enjoy my senses to the max. My body is certainly not a temple, but rather a filthy whorehouse. I hate all those boring health freaks. Life is a terminal disease and no matter what we do, it will end. We are not here for a long time, but for a good time. 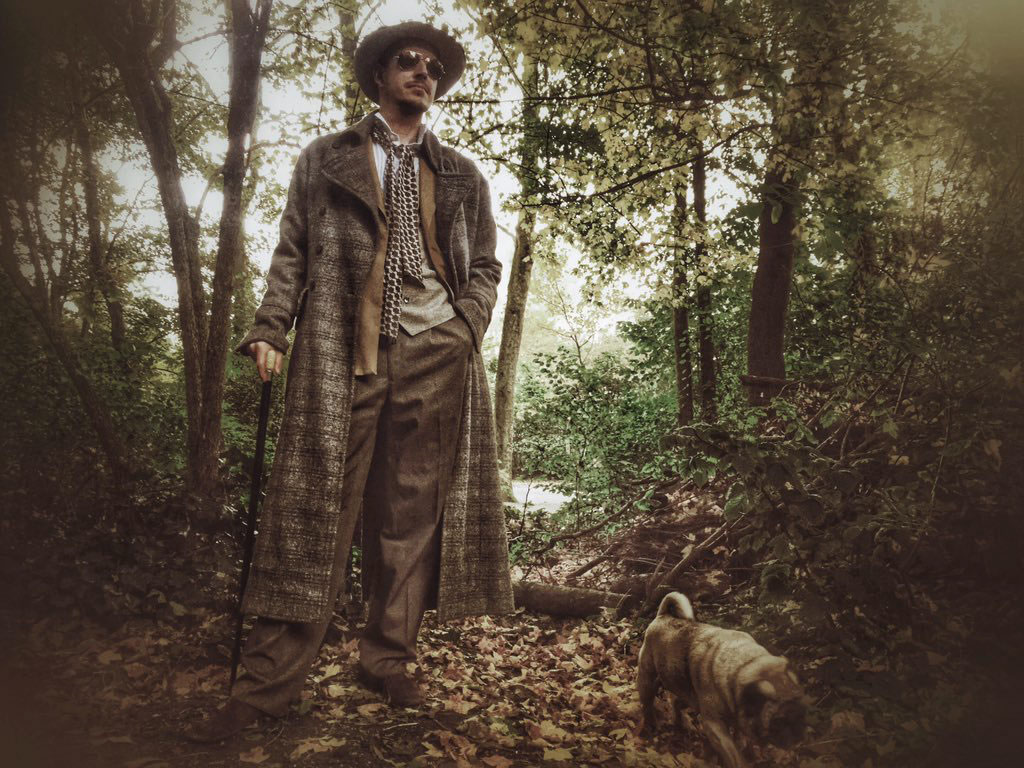 What is it you think that makes people love horror movies so much?
It’s a safe way to get a big kick. An undeniable part of human nature is aggression, blood thirst and the secret enjoyment of the misery of others. Watching horror movies from your comfortable chair at home or in the cinema satisfies all those impulses.

And what is your opinion on people who are against the horror genre, specifically those who can not handle the movies you have made? Are they simply in denial?
It can be quite confrontational to get in touch with your dark side. Those people desperately want to believe that human beings are inherently good, but the truth is that everyone has dark thoughts and feelings. I get a lot of death threats from people all over the world who are very upset about my movies. They say I am worse than Hitler or Satan. My response to them: there is an off-switch on your TV. If you don’t like it, don’t watch it. I bet a lot of those people were secretly turned on by my work, then became embarrassed and blame me for it.

What is your prediction for the future of the human race?
We will all go down. This can happen in a few ways: either our planet will become too hot to live on due to climate change and we will all burn to death if we fail reaching other potentially habitable planets, or the superior artificial intelligent robots we are building today will turn against us and totally destroy us. Either way, we’re fucked! Happy endings only exist in fairy tales and Amsterdam massage parlors.

“I want to be cremated and have my ashes piled up and served in a big sterling silver bowl. Everyone, family, friends and fans must then eat a spoonful of ash and wash the awful taste away with hard liquor.”

Do you have any ideas or wishes for your own funeral?
I would either like to be exposed at a Body Worlds exhibition by Gunther von Hagens or his successors. Perhaps in a sexual position or as a movie dictator screaming from a director’s chair. Or I want to be cremated and have my ashes piled up and served in a big sterling silver bowl. Everyone, family, friends and fans must then eat a spoonful of ashes and wash the awful taste away with hard liquor.

Can you tell me a little bit about your new movie you are currently working on, ‘The Onania Club’?
If I completely told you what it’s about, I would have to kill you. But I can tell you that parts of the plot are hidden in my answers above. “Onania” is a biblical term for masturbation so it has something to do with that. It won’t be a blood and gore fest or standard horror movie for that matter. I think it fits into my own personal genre, the “vantablack” (the blackest black) genre. It is a highly original, never before seen, ballsy, extremely psychological, vile movie. Trust me, once it’s out, the death threats I receive will triple.