Nona Limmen is a Dutch artist who is best known for her way of combining ethereal human beauty with barren landscapes. Through her photography she channels the darker side of life and captures it in a breathtaking way, painting gloomy fairytales with the camera’s lens. I asked her about her beliefs about death and how she lets herself be inspired by this.

 What does death mean to you?
Nona: Death is considered to be one of the great mysteries of life, which to me makes it an intriguing subject to philosophize about. Many people regard death as the absolute end, falling into oblivion and extinction. I believe there is no final end. We, as a presence, never die. We continue on after the body dies and the attachment to the body ceases. Unfortunately, the reality is that we live in a culture of death denial. Moreover, while few people would openly admit that their lives are driven by a fear of death, the nightmare of our mortality haunts most people like nothing else.

I see death as a form of enlightenment, especially after reading a lot about NDEs (Near-Death Experiences) and reincarnation. I found myself genuinely interested in studying the role of death in life. I know it’s cliché to repeat the stereotypical perception of people who’ve had a near-death experience, of how their life flashed through their consciousness as they came close to this bright light, but to me it makes sense. They entered the tunnel and did not have a sense of tragedy, but a sense of triumph. You’re out of your body and you’re in this beautiful non-ego state of awareness because your mind and body have been such a burden for all these years. To me that sounds like a perfect way to end. 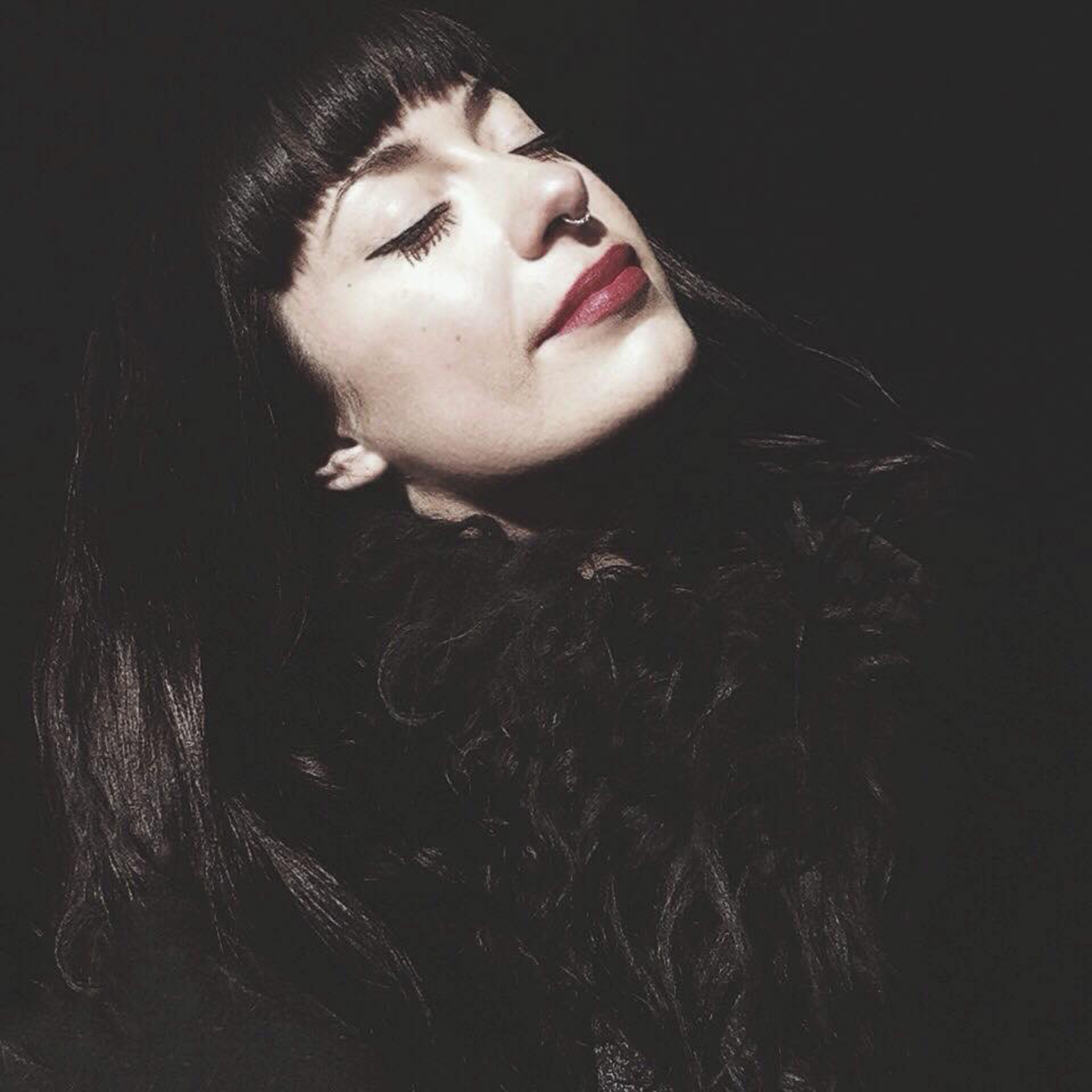 “My main childhood fear? Shadows. Dark figures. Black apparitions. It is as if I have been playing with my own fears; embracing them and using them in my own aesthetics.”

There is a dark, occult theme that runs through your photographic work. How does death inspire you and how do you integrate this into your art?
I recently had a conversation about this with a good friend of mine while we were discussing my photography. She noticed how I’ve been using a lot of shadows and silhouettes in my work. I was actually quite surprised and completely unaware of this, until she showed me all of the photos I took in the past few years. Later on she referred to a previous conversation we had a couple of years before where we talked about our childhood fears. My main childhood fear? Shadows. Dark figures. Black apparitions. I was stunned when she mentioned this. She was right! It is as if I have been playing with my own fears; embracing them and using them in my own aesthetics.

Where do you think your fear of shadows came from? Have you ever encountered a black apparition?
I am not entirely sure where my fear of shadows came from, but I can remember some situations as a little child that might have had something to do with it. I used to be incredibly scared of shadows in movies and TV shows. I was too scared to turn off the TV so I would run to the hallway and ask one of my parents to turn it off for me. I still have no clue why. My mom also told me that I used to be scared of the chimney on my grandparent’s rooftop during the night, as if someone or something was standing there watching us. I’ve encountered an apparition once while just waking up from a deep sleep, but that happened only three years ago. Weirdly enough I’m not that afraid anymore, mostly because of the fact that I am using them as inspiration for my photography. They’ve become my trademark, so I should be thankful instead of being afraid, ha! 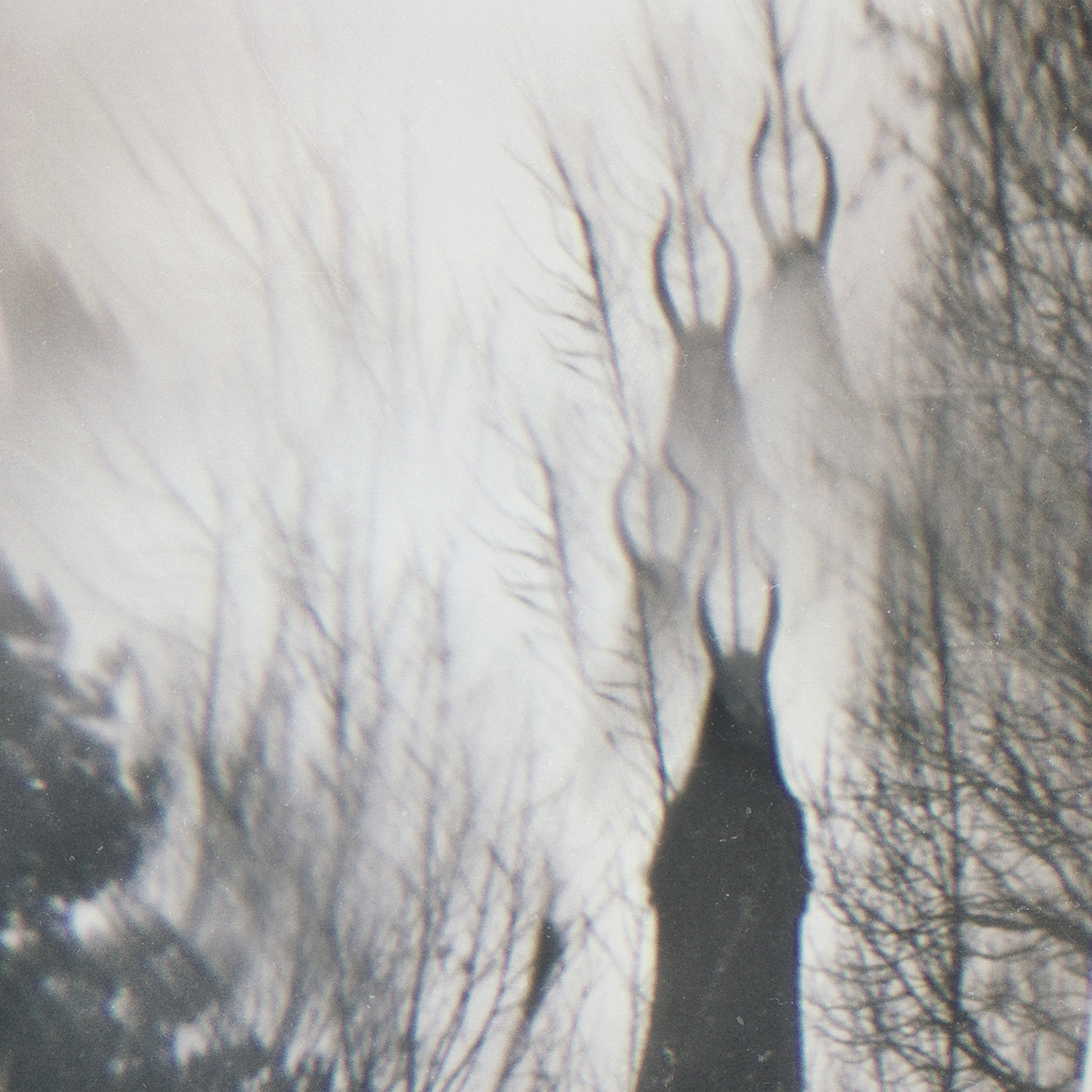 Do you think that by integrating these themes into your work, your art gives you and your audience an opportunity to deal with, or better understand them?
Hopefully my work is just as soothing and playful to others as it is to me. I guess every person has their own fears and traumas. For instance, I have a few friends who’ve dealt or are still dealing with sleep paralysis. Sleep paralysis is a phenomenon in which a person during sleep temporarily experiences the inability to move, speak, or react. It is often accompanied by feeling a dark presence or seeing a dark ‘shadowy’ figure in the room. From what I’ve heard from my friends it’s a terrifying experience, though they do like to process some of their experiences in their art and daily life. One of my friends even uses his sleep paralysis experiences as inspiration for writing lyrics for his band. It almost feels like a form of ‘fear therapy’.

“I think reincarnation and karma symbolically reference the globally interconnected nature of all things through space and time. We are eternal souls in temporary bodies.”

Which artists who work with similar themes inspire you?
I am a huge fan of Gustave Doré’s work. He was a prolific engraver, artist, illustrator and sculptor, working primarily as a wood and steel engraver. I’m mostly obsessed with his illustrations for ‘The Divine Comedy’ by Dante Alighieri – a famous Medieval Italian poem depicting the realms of the afterlife. A lot of corners in my studio are adorned in his beautiful and detailed work. When I was 11 years old I also fell in love with the world of J.R.R. Tolkien and I still am. He opened so many doors for me when it comes to exploring my own imagination. I think Tolkien is the reason I started writing my own stories during puberty and that I’ve evolved to these “dark and ominous fairytale” photoshoots since the last couple of years. 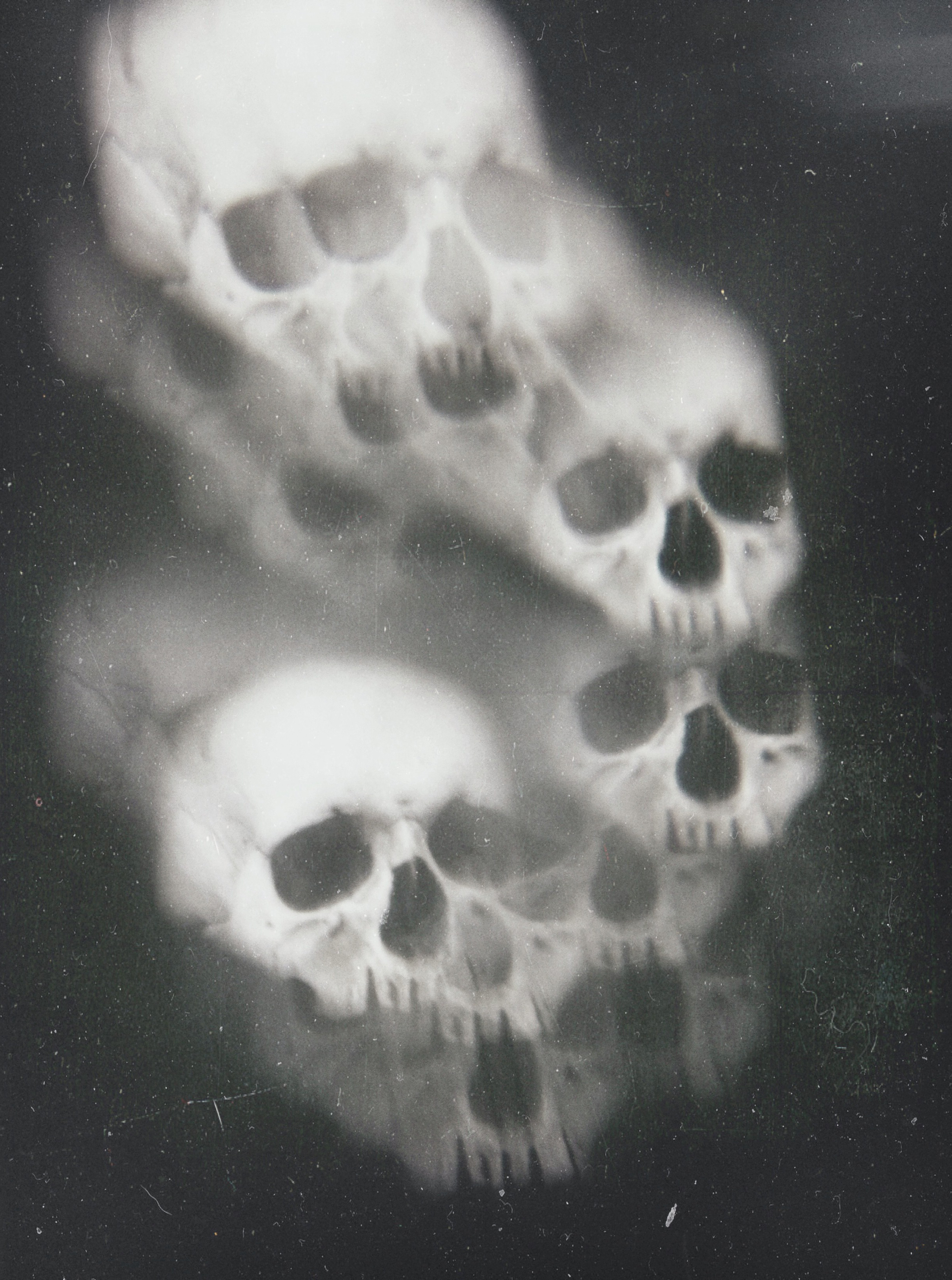 Do you find it easy to talk about the subject of death, apart from integrating it into your art? Is it something you can share with your friends and family?
Yes. To be honest with you; I love talking about it. Especially with my parents and (close) friends. I find it fascinating to hear other people’s stories and experiences concerning this subject. I’ll never grow tired of talking about it.

Do you believe in reincarnation?
I do, actually. I believe we are here on this planet for a reason, that we have to learn from both positive and bad life experiences. I think reincarnation and karma symbolically reference the globally interconnected nature of all things through space and time. We are eternal souls in temporary bodies. I sometimes feel a very strong connection to things I have no reason to, or I meet someone I know I can trust and feel comfortable with from the first word we speak, without even knowing their name. Those moments make me feel really connected to an unattainable past. I have a feeling it’s mostly this sort of ‘nostalgic’ energy that comes from an object or person. Energy cannot be created nor destroyed. There is a bondage of energy and life that creates this utter sense of feeling connected. Our vision only lets us see a small portion of the electromagnetic spectrum, but I’m convinced that it surrounds us everywhere. 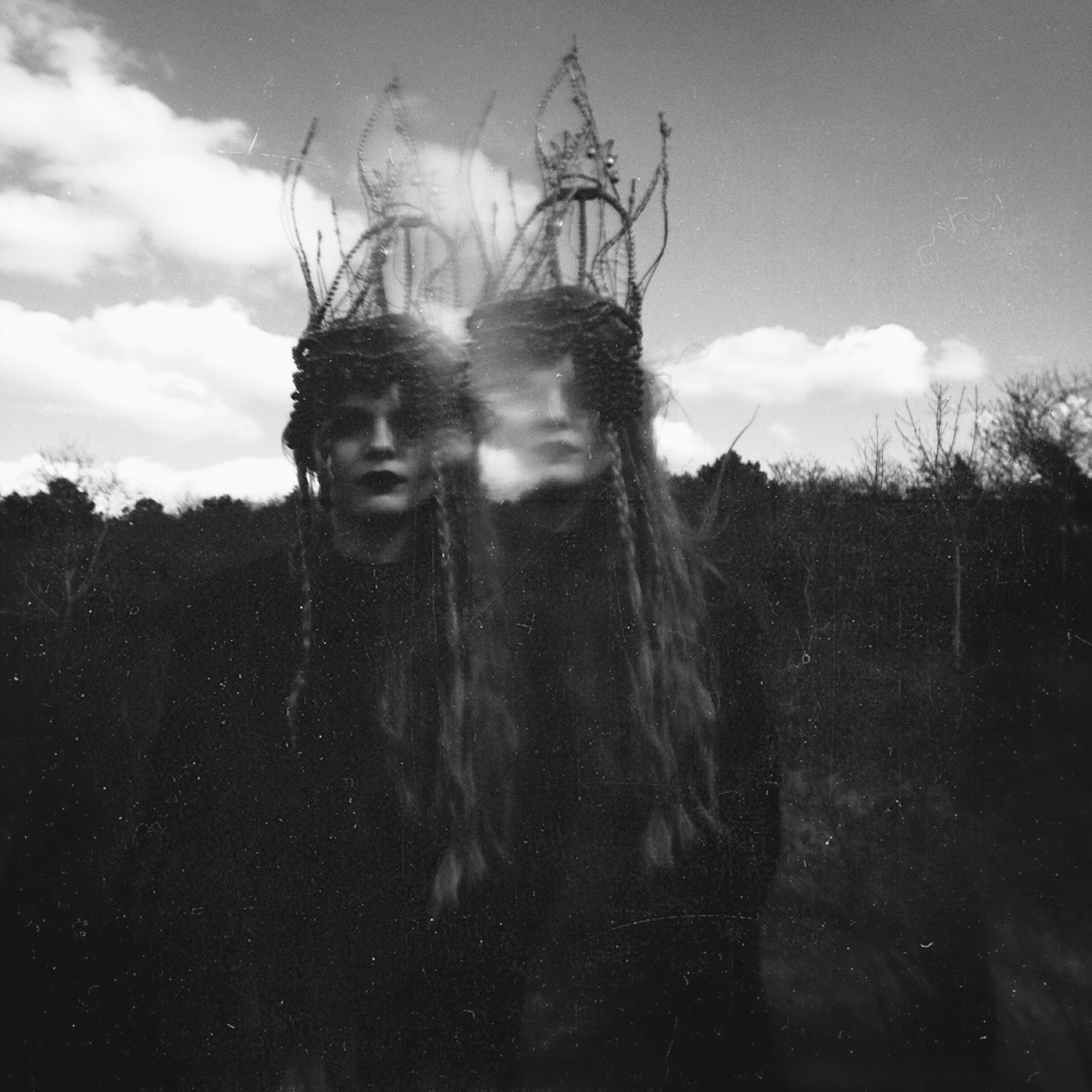 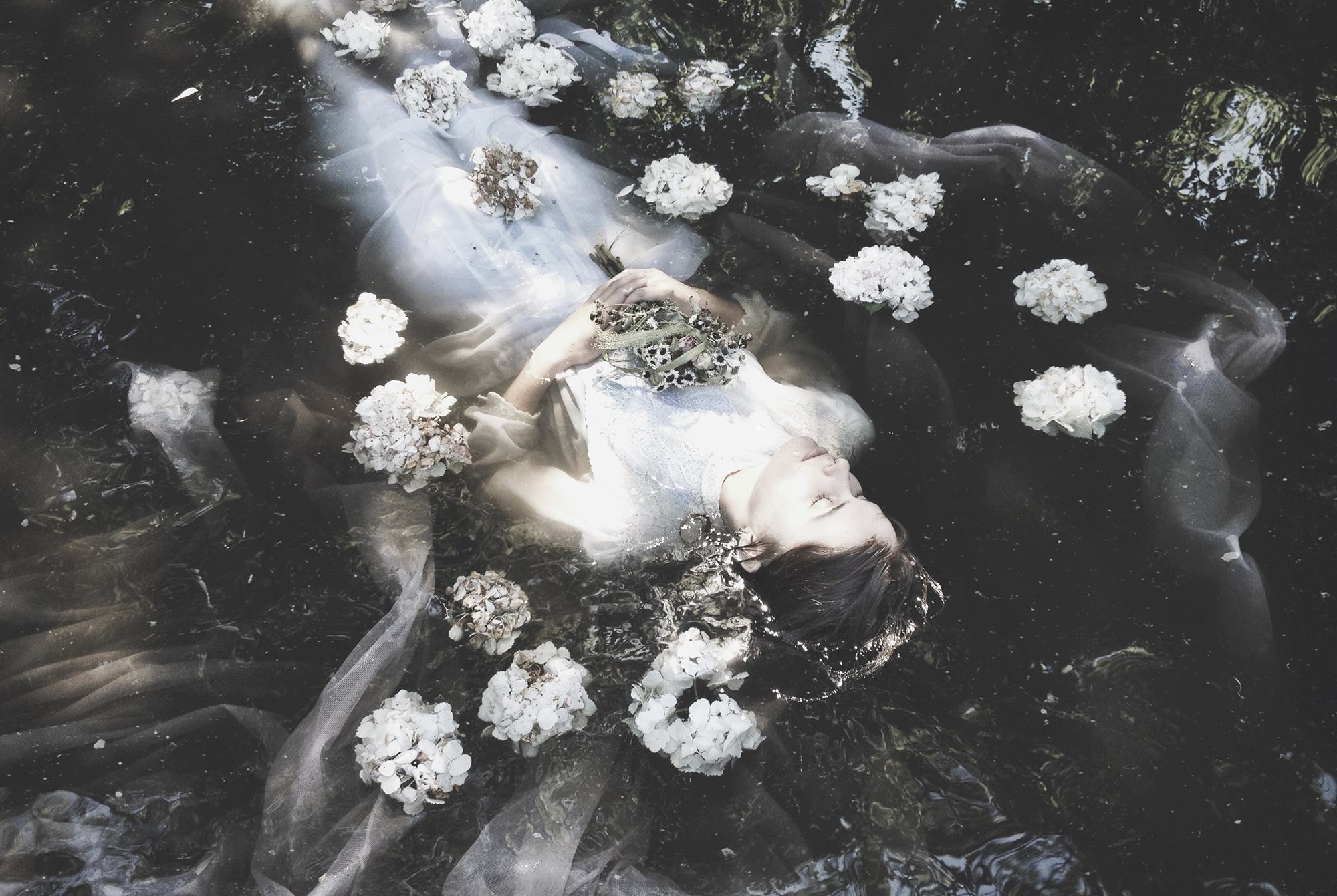 Have you ever been in contact with a deceased person or experienced anything paranormal?
Yes. When I was twelve I saw my grandfather sitting at the desk in my bedroom, right after he passed away that same night. Me and my grandfather had a really good bond. He used to take me to the forest and dunes to teach me everything about nature (especially birds). This was my first paranormal experience and I wasn’t sure wether to feel terrified or astonished. There was a strange bright blue light emanating from him, but I could still see his face clearly. I remember him smiling at me, without saying a word. It was as if he tried to comfort me, telling me it was OK. At first I thought it was a dream, but when my mother told me the next day that he’d passed away that previous night, I was convinced that it wasn’t a dream. As if that moment was his last goodbye to me and the ‘earthly world’. It’s still one of the most intense and special memories I have.

How do you envision your own funeral?
I’ve given this a tremendous amount of thought now that you’ve asked me, since I never thought of this before! Though lately I stumbled upon an article mentioning ‘Bio Urns’. In the United Kingdom a compelling new movement has been underway; natural burial grounds where people are buried in biodegradable urns, turning graveyards into forests. The Bio Urn is designed to convert you into a tree after you die. To me, leaving behind a tree definitely seems like a better option than leaving behind a tombstone. A beautiful transformation; a return to life through nature. 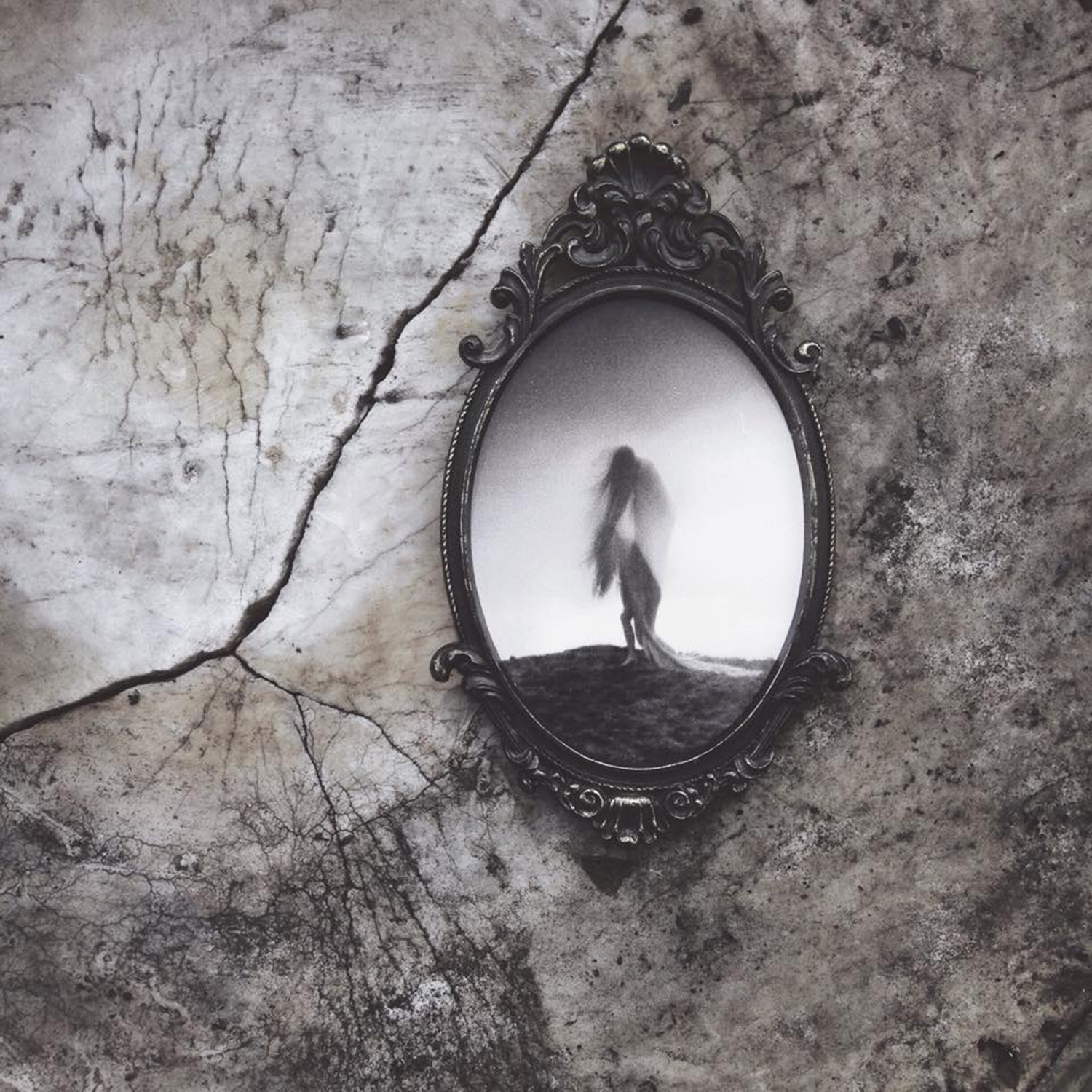