Mortiis is the wicked brainchild and band name, as well as the moniker of a goblin-like creature, brought to life by Norwegian musician Håvard Ellefsen (1975, Skien, Norway). His musical career has taken him from playing bass in black metal band Emperor back in 1992, to experimenting as a solo artist by pushing the boundaries of dark ambient and inventing the dungeon synth genre. I asked Håvard about his view on mortality, his experiences with the paranormal and if he can imagine what his funeral would be like.

What is the first thing that comes to mind when you think of the word “death”?
Håvard: A decomposing body. Then, almost immediately after that, then question of “what happens next”. I’m not a religious person, I don’t buy into those fairy tales, but I hope something else happens when life has run its course. I like the idea of the soul going on, to some other level, or some other place. The next chapter, so to speak.

“I developed the idea that my world could only be reached through dying. This “portal” did not exist for the living.”

To what extend do your ideas about death influence and/or shape your music?
In the early days I was very fascinated with the idea of parallel realities. To the degree that I started writing about one, that would be “my world”, where I was the sort of ultimate creator, and all-powerful. My interest eventually became a bit more metaphysical, and my writings became based around travels of the soul, or something similar to that. I developed the idea that my world could only be reached through dying. This “portal” did not exist for the living. The concept of death was useful and interesting to me in that sense, but beyond that, I didn’t think about death a whole lot.

Having that said, I made an album with my side project VOND, called “Selvmord” which translates to “Suicide”. That record took on the topic of death, at least lyrically. I was probably influenced by movies like “Der Todesking” by Jurg Butgereit at the time. It’s a cool, violent and weird black and white film by the guy that made the “Nekromantik” movies which were pretty infamous at the time. 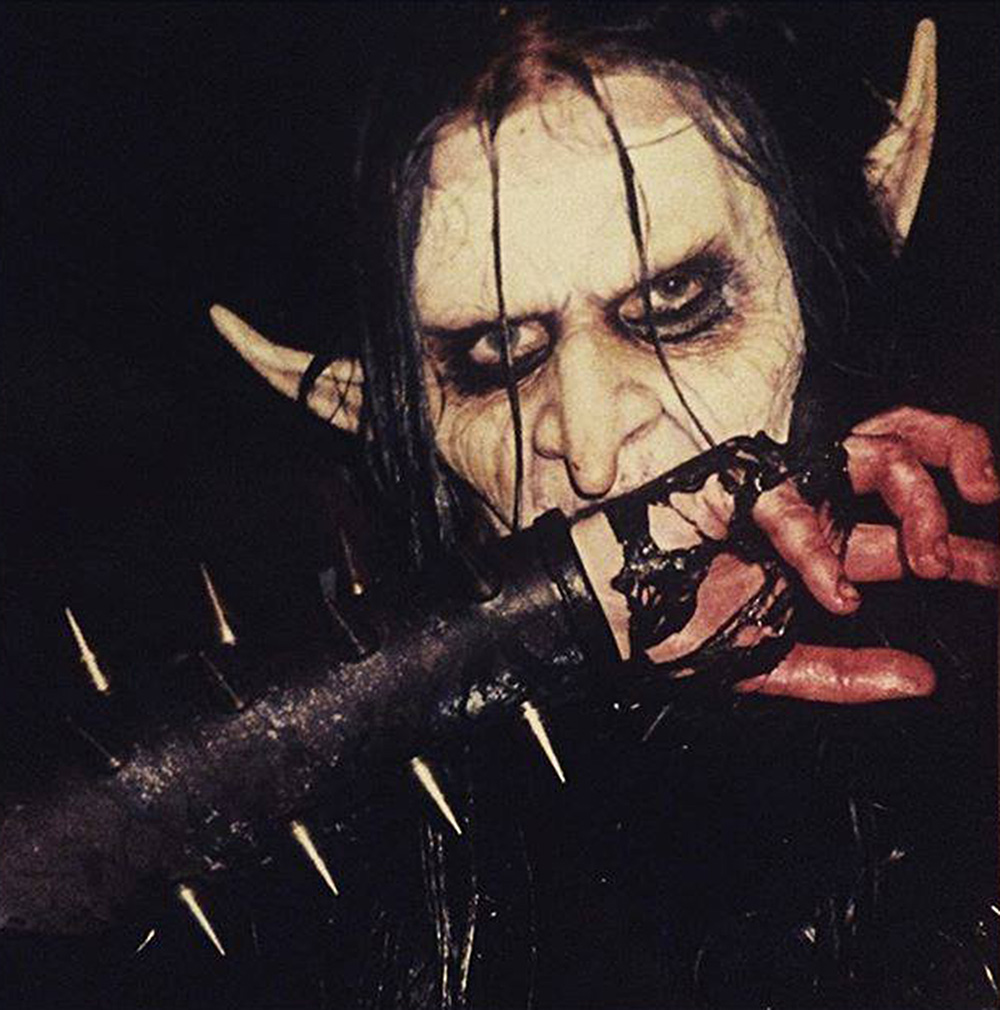 What are your own experiences with death?
I’ve had a couple of incidents when I was younger that could have ended fatally. Or not, I guess I’ll never know.

Two of them involved me being a young and shitty driver. I remember driving on the highway and falling asleep behind the wheel. Everything was dark and two bright lights were approaching. I thought I was dreaming, but those lights turned out to be the headlights of a huge truck racing down the highway towards me. I had fallen asleep behind the wheel and drifted into the opposing lane. The lights woke me up and I just pulled the car over into the other lane as the truck came roaring by. One second later and everyone in that car would have been history (they were all asleep as well).

I haven’t really lost anyone close to me to any unnatural causes thankfully. A few people I knew were lost to murder and suicide. It’s never pleasant.

What are your beliefs on death and the afterlife? What do you think happens when you die?
I honestly have no idea. Like I said before, I have a certain hope that something else happens. I just think it would be kind of boring if this was it. Too many weird things happen in the world for everything to have a natural scientific explanation. Then again, if we knew absolutely everything, then absolutely everything could probably also be explained by science.

I like the idea of death just being the end of a chapter and the beginning of a new one. Whatever the next chapter may be. I just leave this one completely open. Whatever happens, happens.

Have you ever been in contact with a deceased person or experienced anything paranormal? If not, do you believe this is possible?
I’ve had a few weird things happen. When I was around twenty years old, me and my friends were messing around with Ouija boards. During this one seance, I was somehow able to make the glass spell out every word and sentence I wanted it to, based on simple thoughts. If you’ve ever tried Ouija boards, you know you’re only supposed to lightly touch the glass. I was never able to repeat it, though. I don’t know if it in any way counts as paranormal, but it was very weird.

“As a kid, I believed in God, because no one told me it was possible to not believe in God then.” 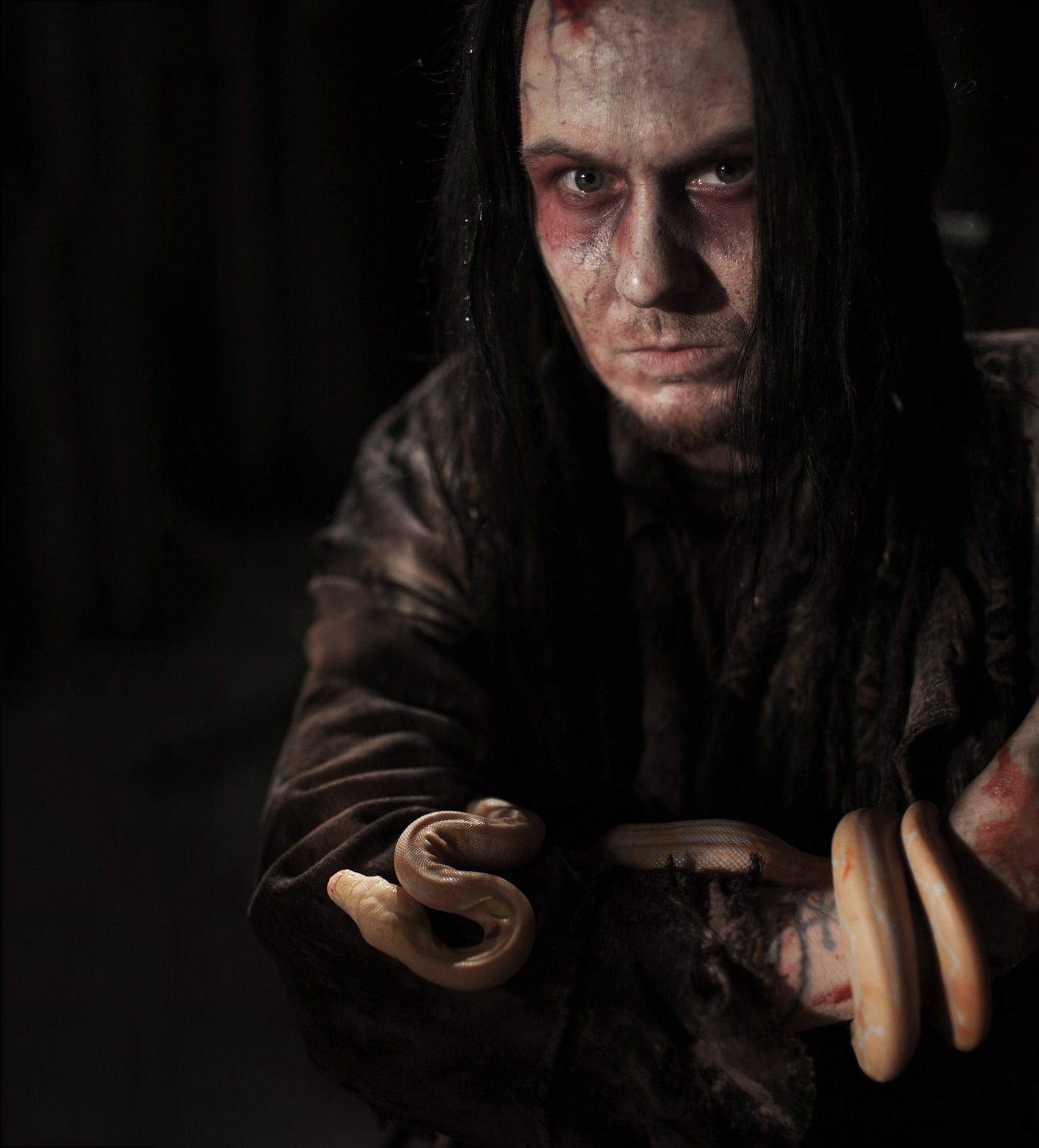 An “encounter” that was probably closer to paranormal happened when I was living at my parents place. Their house, the one I grew up in, was located about 200 yards from a graveyard. For three nights in a row, the doorbell would ring at around four or five in the morning. But there was never anyone there when I opened. On the fourth night I remember being woken up by what felt like someone actually walking on top of my bed, and then I felt something sort of lay down next to me. When I turned around to see what was happening, I lay face to face with an old woman. It only lasted a second or so before I jolted out of it and was “back in the room” so to speak.

Growing up in Norway, were you raised in a religious family? And what are your views on religion in general?
No, my parents did not raise me religiously. There was never really any talk about religion in my family. I think my parents were agnostic, if anything. I wouldn’t call them atheists, as I suspect (like a lot of people probably) that they held the option of  “well, there could be a God, we don’t really know” open. But they didn’t buy into religion hook, line and sinker, like some do.

The real religious mindfuck I had to deal with, was with my teachers at school. They were pretty much fundamental Christians, and my teacher from first to sixth grade had us pray and sing religious songs up to three times a day. I think that’s probably as close to brainwashing as you can get in a open society in modern times.

“I have been a coffin carrier in two funerals. I think it’s a nice symbolic gesture, to carry someone to their final resting place.”

As a kid, I believed in God, because no one told me it was possible to not believe in God then. And I didn’t want to suffer for all eternity in hell, which was something they taught us would happen if you didn’t believe in God – really ramming that fear of hell and damnation down the throat of a young child. In hindsight, giving religion that sort of power and freedom to fuck with kids’ heads, should be grounds for some sort of mass lawsuit against the state, based on post-stress and trauma. I’m fine personally, I’ve used that retrospective anger in my music.

I have spoken with younger religious people to some extent later in life and I get the impression religion nowadays is becoming more symbolic, and less judgmental. That said, my earlier memories, experiences with deeply religious teachers, and so on, leave a sour taste. I don’t think Christianity, or other religions I am sure, are in any position to judge anyone. I mean, take a look at their track record. I’m not even going to start. We all know where it’s going.

Are there any specific Norwegian traditions relating to death you feel particularly connected to?
Not really. I have been a coffin carrier in two funerals. I think it’s a nice symbolic gesture, to carry someone to their final resting place. But beyond that, I don’t really have a connection to any death rituals. To be honest, I’ve been to maybe six funerals and it’s really just depressing from beginning to end. Maybe we should bring back that old tradition of turning a funeral into a drunken party. I kinda like that. I don’t think it’s disrespectful. I don’t know exactly what the history of that tradition symbolizes, perhaps a celebration of death in the sense that dying is a way to step across the threshold of and into another reality or level or existence. I find that fascinating and I could totally get into that sort of celebration. 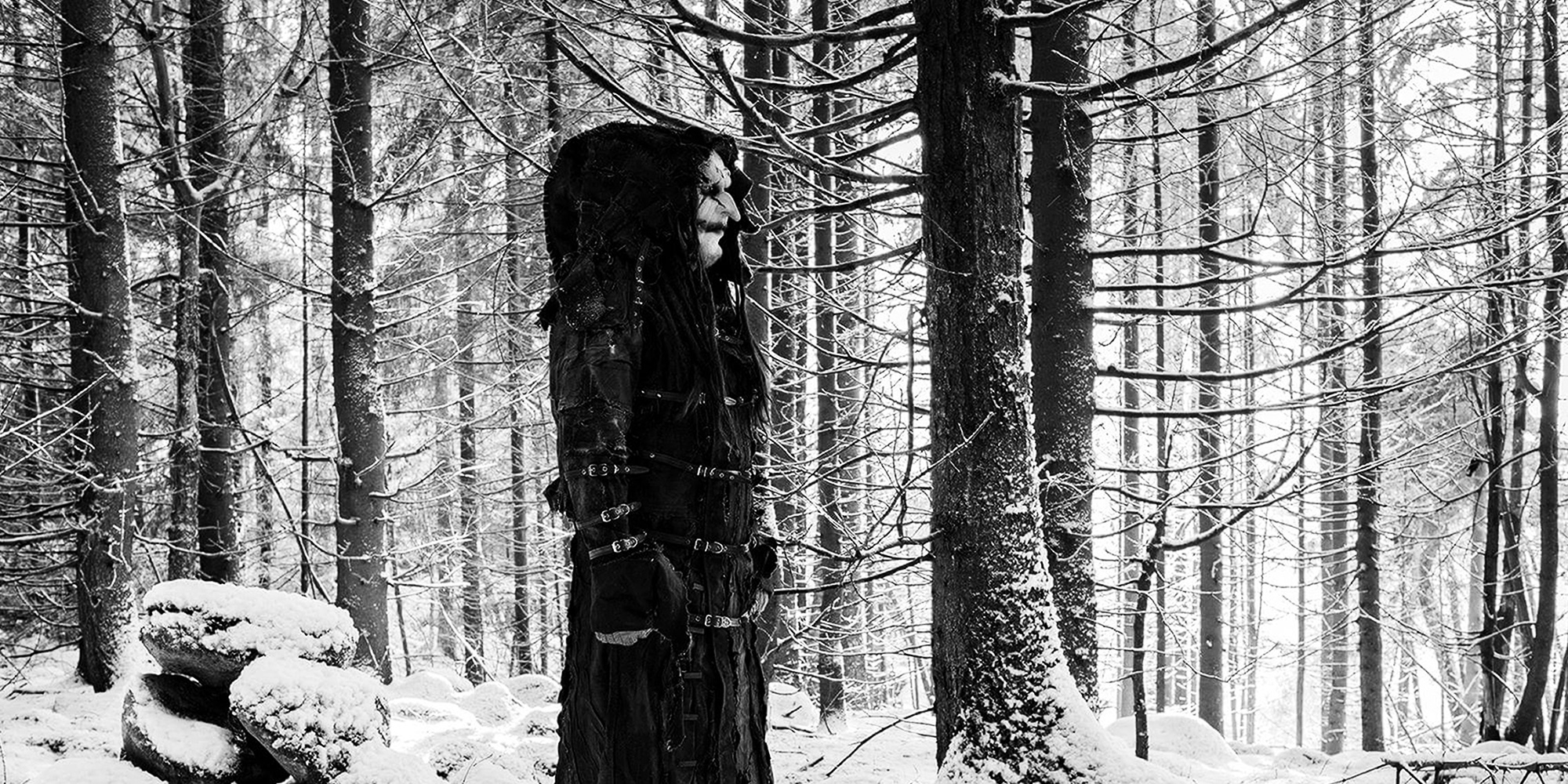 Do you have a favorite cemetery?
I don’t have a lot of cemetery experience. I did cross the one I lived next to for over twenty years many a time though. There was a pond there once, right next to a cypress, and we used to bathe there as kids, until the cemetery grounds keeper would chase us off. I used it as a shortcut walking home from school, and after that, I staggered through it blindly drunk after a night out in town. I know at least once, I passed out right there at the graveyard and slept for about half the night. The grass and leaves that got stuck in my dreadlocks were evidence of that. I obviously have a history with that place, but I never thought about it as being my favorite.

Are you afraid to die?
I find that I am becoming more and more comfortable with the idea of dying as I get older. At this stage, I am fully focused on the physical and psychological well-being of my children. They matter more than I do. I’m not saying I’m a super dad, because I am not, but emotionally, their survival and well-being is more important to me than my own.

How do you envision your own funeral?
I didn’t envision it at all until now, but now that you mention it, I totally expect droves of women throwing themselves hysterically into the grave as they lower my coffin into the ground. Actually, that funeral will happen a lot sooner than expected if my wife reads this, haha!