I recently came across the mesmerizing art of Lisa Nilsson (Massachusetts, 1963), who recreates anatomical cross-sections from small rolls of paper with a technique called “quilling”, a skill that stems from the Renaissance and was often applied by nuns and monks who used the edges of old bibles to create intrinsic patterns. The structures generated through this strongly resemble the look and feel of real bone tissue, which gives the work an extra dimension. I got in touch with Lisa and asked her a couple things about mortality.

I was able to visit my dear friend and mentor Marvin when he was dying of brain cancer. Marvin was such a big person, in every sense of the word. I was aware of his process of paring down as his death approached. He had moved from a several-thousand-square-foot studio to a room in a nursing home with next to nothing in it. His natural habitat had always been loaded with stuff: inspiring objects, his work, and his tools all covered in clay dust. I saw him a week or so before he passed away. He was refusing all offers to bring stuff to his clean room, and was eating very little. Even talking was uncharacteristically limited. We held hands and watched something on TV that Marv described as “rather inane”. I feel privileged to have had that time together with him, and wonder where he is now, wishing he was still working away in Cleveland and still accessible to me. 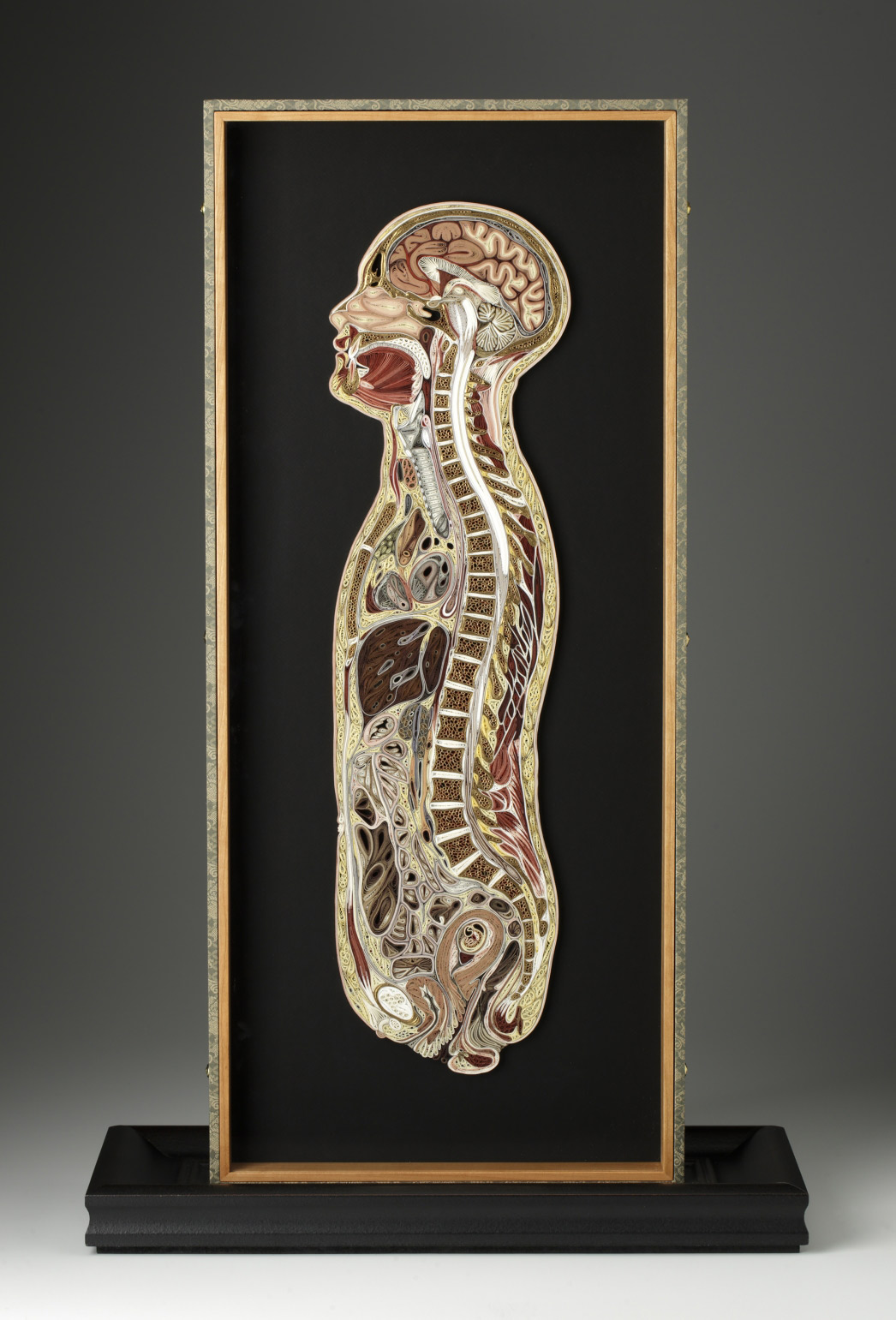 My most intimate experiences with death have been with pets. I was with a beloved twenty year old cat when she was euthanized. It was surprising to see how fast the process was, after our long life together, and her slow decline.

I buried another cat in the winter. The physical work of breaking through the frozen ground, getting down to dirt that smelled like springtime and wrapping little Butch in my favorite sweater, was the thing that brought me out of deep mourning. As I finished the job, sadness shifted to hunger, signaling to me that I was starting to get over the loss.

“I wonder how many brushes with death we encounter every day, with each car that passes on the highway, with every moment of uninterrupted breath from the time we are born, in and out, for years and years.”

Have you ever been close to dying yourself?
Family lore has it that I almost died as an infant from dehydration, which I thought was kind of exotic. I wonder how many brushes with death we encounter every day, with each car that passes on the highway, with every moment of uninterrupted breath from the time we are born, in and out, in and out for years and years. 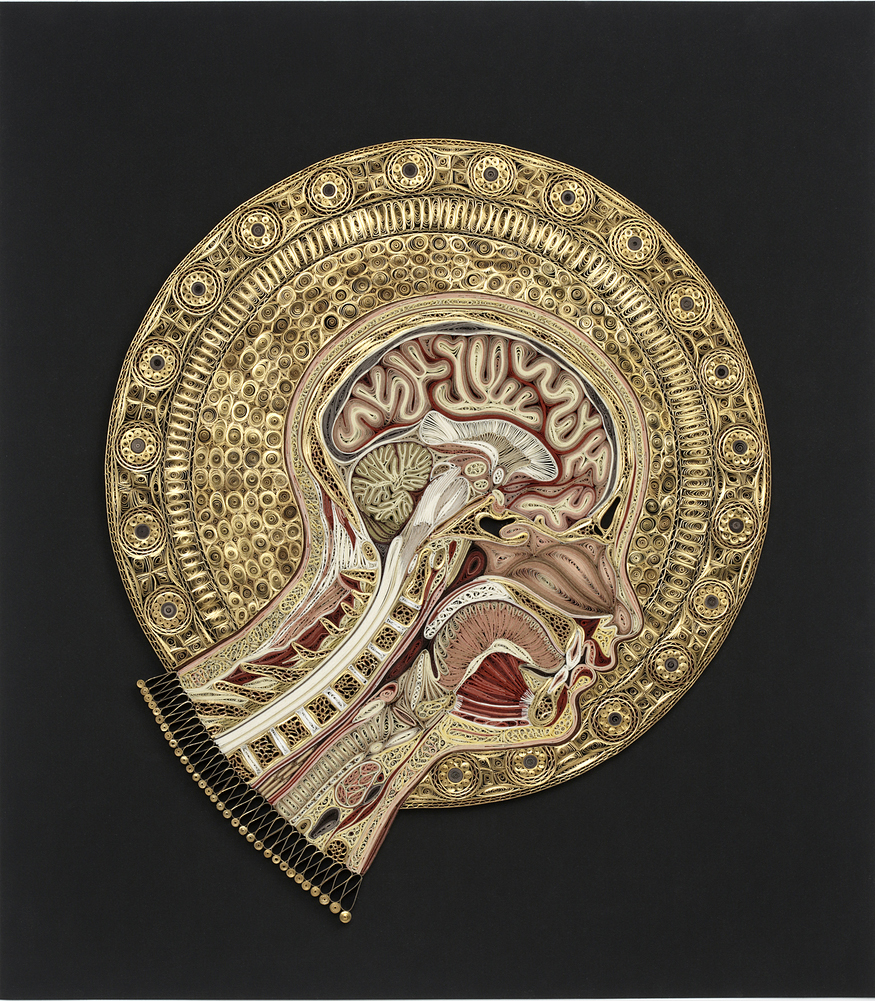 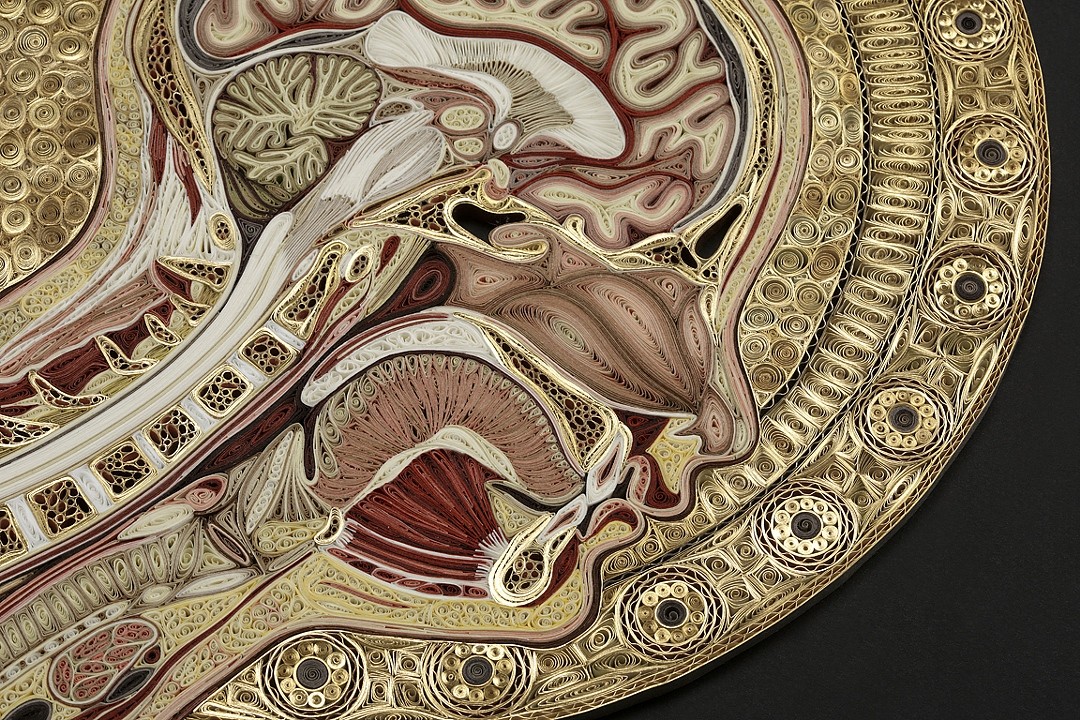 What are your thoughts on the afterlife?
When I consider what happens after you die, I am okay knowing that I don’t know. What I observe in the compost heap makes sense: that bodies break down, molecules are re-distributed. Dead bodies feed new life. As far as consciousness goes, I’d love to know. I like the idea of a spirit, or consciousness, freed from the body to openly explore with omniscience, for all eternity, the minutia of the universe. That sounds appealing to me.

Perhaps we’ll be freed from the restrictions of linear time, able to revisit moments at will, something like Scrooge in A Christmas Carol, though less like a life-lesson and a lot more fun.

Have you ever been in contact with a deceased person or experienced anything paranormal?
I’ve never been in contact with a dead person, though I think of the people I’ve loved who are gone pretty much daily. I find listening to people’s so-called ghost stories to be extremely boring. I suspect that most ghost sightings are misinterpretations of the normal – though highly complex –  visual, auditory and tactile stimuli of our world, and not glimpses of a world beyond. Though, that doesn’t keep me from being startled or creeped out from time to time when an unexpected shadow suddenly moves across.

“I like the idea of a spirit, or consciousness, freed from the body to openly explore with omniscience, for all eternity, the minutia of the universe.”

How did you become interested in working with anatomical cross-sections?
I became interested in this when some experiments I had been doing with quilling for another project coincided with my best friend sending me an image of a cross-section she thought I’d like. In this slice of human anatomy I saw a strong connection to the shapes and textures I’d been making with paper. 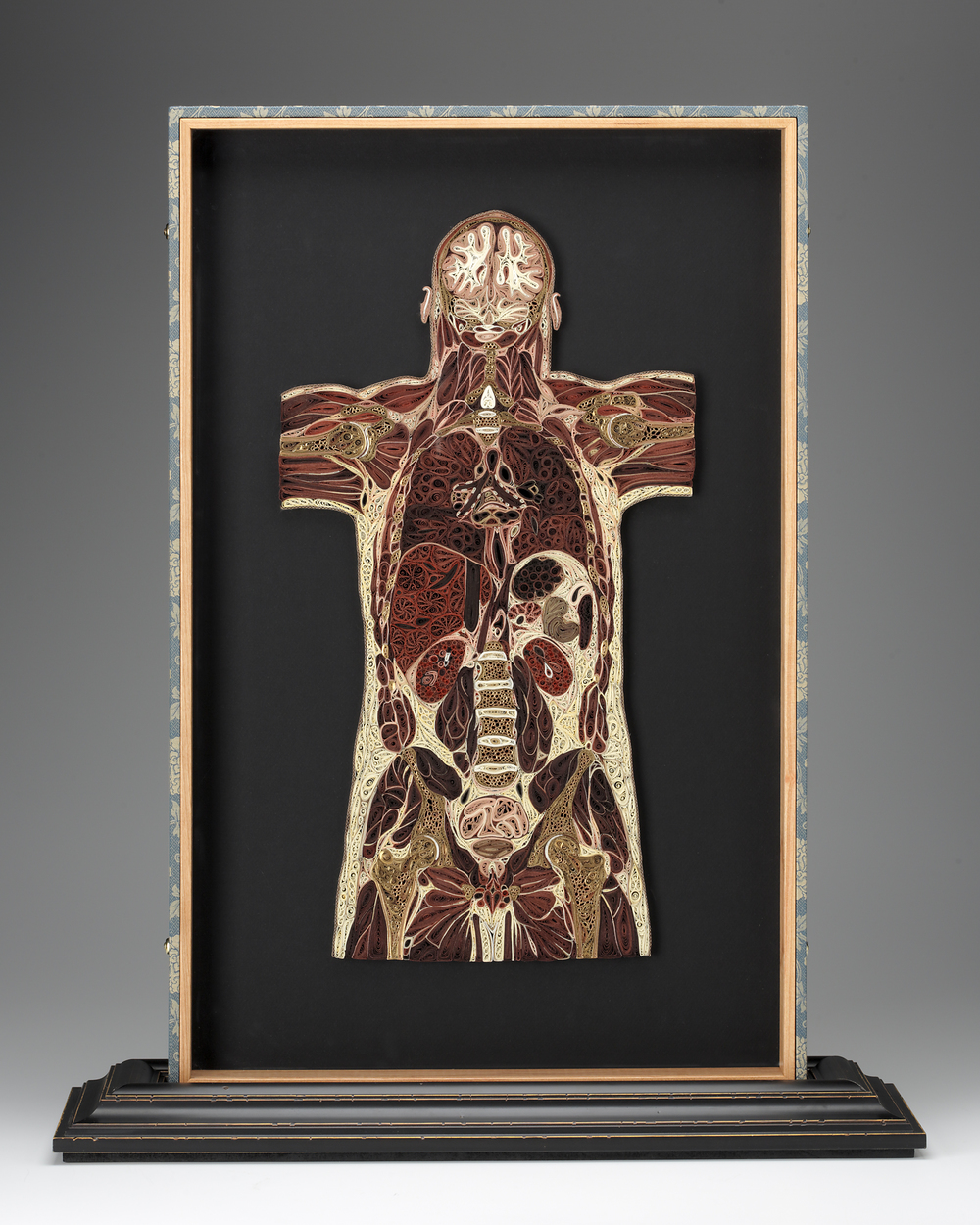 In your artworks you touch upon the beauty of physical mortality in a very tangible way. In what way do your own beliefs about life and death inspire you artistically?
I don’t specifically think about death in connection with my work. I can be so focused on materials, aesthetic, and formal concerns that I can forget that what I’d been depicting in the anatomical pieces were dead bodies. I’d been thinking more about how beautiful, informative and interesting cross-sections are.

Certainly, I was made aware of the connection between death and anatomy when I was given the opportunity, thanks to some very generous anatomists, to observe dissections of cadavers in the lab. I am able to compartmentalize the body, and what it can teach, from the person, at least at the time spent in the presence of the bodies.

One of my chief anxieties about death is one that is probably common to most artists: that I won’t be able to finish what I’m working on. Which is inevitable.