Laura Bochove is a 27 year old mortician from Haarlem, the Netherlands. She’s a mother of two and wrote a book inspired by her fascination with death and her personal experiences in life. I sat down with her and asked her about her views on the death industry.

What inspired you to want to become a mortician?
Laura: When I was about 8 years old, my grandfather had terminal lung cancer. I was very fascinated with the whole process. I felt the need to hold him, crawl into his bed and comfort him. Everybody around me was scared. He was really skinny and looked very ill, but it didn’t scare me. I wanted to tell him it was okay. Eventually he got euthanasia, and I wanted to be there in the room with him while it happened. My parents wouldn’t let me at first, but I really convinced them I needed to be there. It was an incredible experience for me. After he died I witnessed how they cleaned and prepared his body and put him in a coffin. The funeral was a fascinating experience as well.

Then my uncle died when I was 11. I wanted to see his dead body. My family was shocked because I wanted this, but they eventually let me. Then my other grandpa died and again, I really felt the urge to be involved with it. Death fascinated me. By then I knew I wanted to become a mortician. As I became older I started doing a lot of research. I googled what dead bodies looked like and what different types of funeral rituals existed. People generally thought I was crazy, but I didn’t care. I thought death was something endlessly intriguing and beautiful.

I was 22 when I went to a school for becoming a mortician, in Geldermalsen, a small private school in the Netherlands. I was the youngest of the class. I already knew I wanted to become a mortician at an early age, but no school would accept me as I was too young. So life took me on a different path: I had several jobs at bars, waiting tables until I was old enough to become part of the funeral world. I had my first child when I was 20 and when he was 2 years old I finally attended the study. 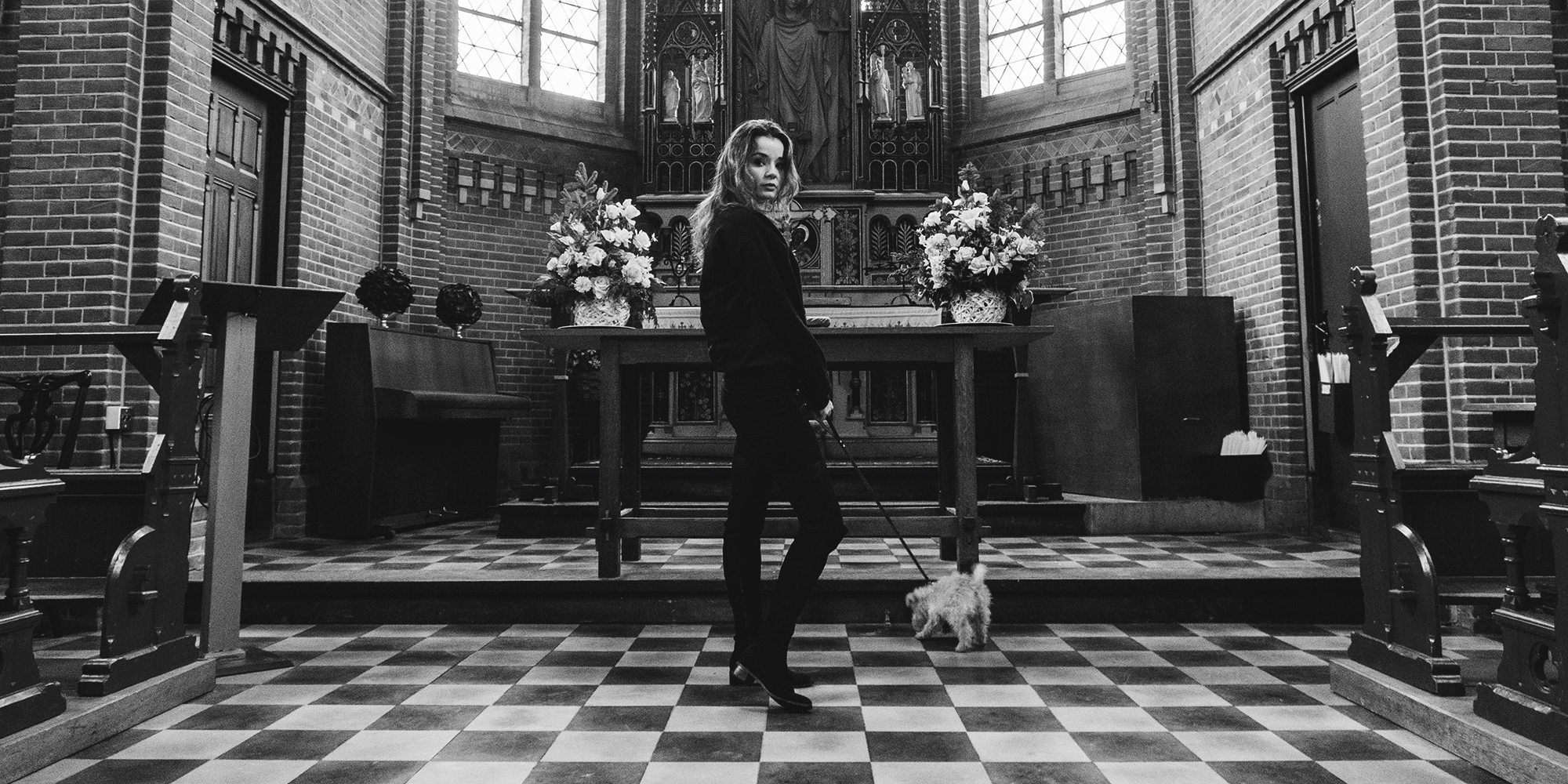 What do you love most about working as a mortician?
The most rewarding part of the job for me is when I work on a body that is in a very bad state, like almost decomposed, and I make it so that it looks good again, in a very natural way. That’s when I am really proud of myself. You can really restore a persons beauty from scratch. Presenting a person in their most dignified natural state, as close as possible to what they looked like when they were alive; that’s my goal. As a mortician you usually don’t get this feedback from the relatives themselves, but you see and know when you did a good job.

Are you always required to fix a body up as good as possible, even if the body is in really bad shape?
Yes. Always. Because what if, during the funeral, a family member suddenly wants to see the person for the last time? You always need to make them look as good as possible.

What do you find most difficult about the job?
When I have to work on young children. I also find it difficult sometimes when I have to assist family members who want to dress the body of their deceased loved one themselves. Their grief is sometimes really hard on me, like I really feel their pain.

“I did a funeral for my dog Sammy. She had been my best friend for so many years and when she died I was devastated. I wanted to give her the funeral she deserved.”

How do you want to continue your career in the death industry?
Now that I’ve had my second child and finished my book, I am slowly trying to build up a career in the funeral industry again. I did an entire funeral last year, from beginning to end. Friends of my family approached me and asked if I wanted to do their mom’s funeral. It was an interesting experience, but I also discovered it isn’t totally for me. I’d rather work as a mortician instead of focussing on so many different aspects of the complete funeral all at once.

I did a funeral for my dog Sammy as well last year. She had been my best friend for so many years and when she died I was devastated. I wanted to give her the funeral she deserved. She died peacefully in my arms. I kept holding her in my arms as my mom drove me to the crematory. When we arrived there, I put her in her basket surrounded with my statues of Mary, rosaries, burning candles and incense. I played a song of James Vincent McMorrow. Together with my mom I read a story about Sammy that I had written. We stayed for two hours, holding and hugging her until it was really time to say goodbye. It was a beautiful experience to be able to do it this way.

So now, what I really want is to be an all-round death specialist. I want to learn more about the stage before death, when someone is about to die. I want to gain experience in palliative care in a hospice or at home. I want to learn to guide someone into a peaceful death. That way, I can help a person to die and also give them the comfort of knowing I will take care of their body after they have passed. I can close the whole circle. 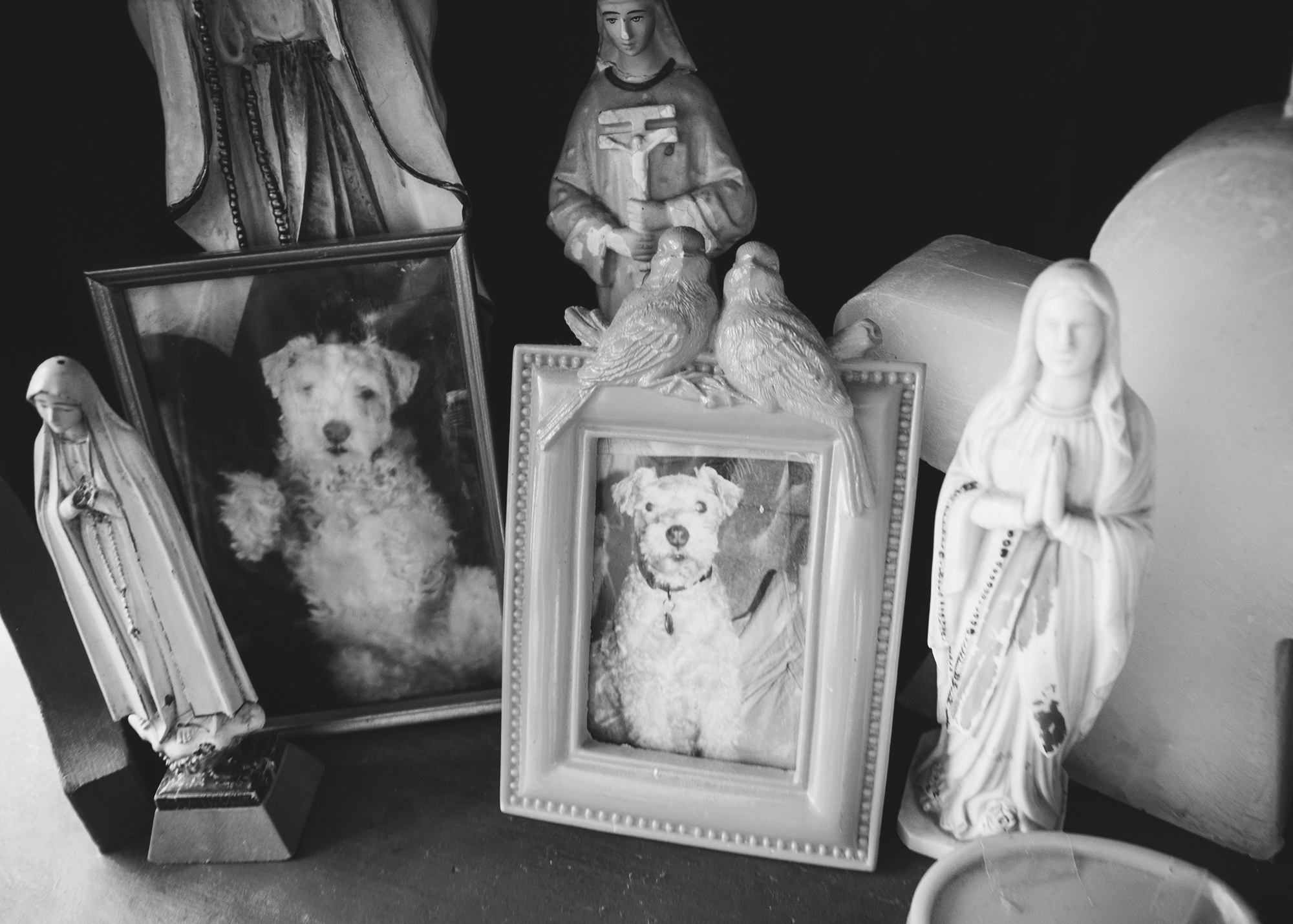 What do you think can be changed or improved in the current funeral industry?
In the United States they have home funerals, which is something that doesn’t really happen here in The Netherlands. At a home funeral you can preserve the body at home and you can bring the body to the cemetery yourself. You can even have a death midwife, who guides you during the process. A DIY home funeral I think is really a great progress in the funeral industry.

What does death mean to you personally?
For me a dead body is just that: a dead body. There is no soul present inside anymore. That’s why it’s so easy for me to work with dead bodies. But I do believe that a soul can stay around in this world for a bit, if the person died with unfinished business left in their life. The mortuary where I worked was filled with crosses and Jesus statues, for protection. Every month a Surinam woman came to clean the space from lingering spirits.

“Death has always fascinated me. By the age of 11 I knew I wanted to become a mortician. People generally thought I was crazy, but I didn’t care. I thought death was something endlessly intriguing and beautiful.”

I have no idea what will await me when I will die myself. But I think that if I don’t have severe pain and am in a positive space with candles and incense and my loved ones around, that I could peacefully slip into death and that it could be a wonderful moment to experience. This is what I see in the faces of the bodies I worked with: if a person has died in a peaceful way they look calm and serene, but if they were fighting in the final moments, I can really tell by the tension in their expression.

Do you believe in reincarnation?
I do. I started believing in it when I got evidence through my own experiences. Not very long ago I started taking regression therapy sessions. It was beyond words. What I experienced was the ultimate truth about past lives for me. They definitely exist. They are still here, present in this reality, because we carry them with us. This is why a person can have an “old soul”. You have to finish a past life in order to become stronger in this life. Some seemingly irrelevant fears people have today come forth out of past life experiences. Seeing all this in the perspective I got from my therapy sessions has really helped me resolve a lot of my own issues. 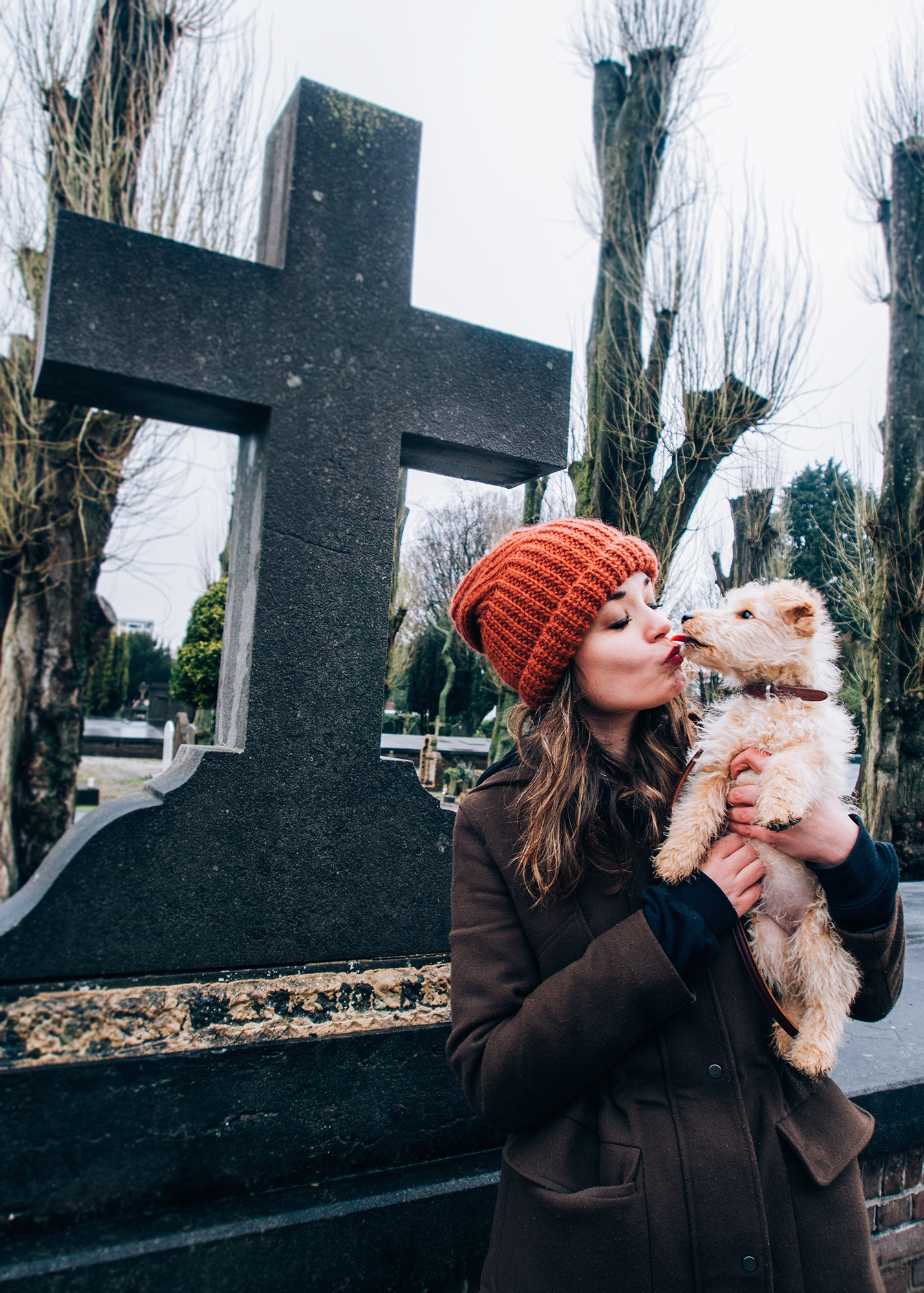 Do you find it easy to talk about the subject of death?
Ha, I love talking about death! It’s the only thing I talk about. It drives my boyfriend crazy sometimes. I love movies about death, documentaries about death, books about death. It’s my life. Everything around me is death. Everyone who knows me already knows this about me, and they are cool with it.

What are your wishes for your own funeral?
I want a Gypsy band to play at my funeral. Non-stop. I saw the funeral of Nicolae Neacșu, a Gypsy violinist from Taraf de Haidouks. They played all night, next to his dead body. So I wish a Gypsy band will play during my entire funeral. I want the room to be filled with statues of Mary. After the funeral I want my loved ones to take me to a beautiful place in Eastern Europe and let my coffin descend down the side of a mountain. They can just push me over the edge, let me slide down and crash into the abyss. That way nature can recycle me, the foxes can eat me and plants and trees can grow from me.