Hypnotic compositions revealing underlying layers of mysticism which draw you nearer to a state of revelation the longer you surrender yourself to the repetitive melodies – this is the art of transcendental music, mastered by Dutch lute player Jozef van Wissem (1962). I asked him a couple questions regarding mortality and how his thoughts about life and death influence his music.

What is the first thing that comes to mind when you think of death?
Jozef: The closest thing for me to imagine the concept of death, or a vision of heaven, is when I am on an airplane above the clouds looking down – the floating movement of the clouds.

What are your own experiences with death? Have you lost anyone or been close to dying yourself?
I almost drowned in a pond as a kid, across the Dutch border in Belgium. My father saved me. By now I have lost quite a lot of people that were close to me. Mostly smokers, heroin users or people who willingly decided to take the shorter route. Or by natural death. The realization everybody has to die came late to me, I don’t know why.

When my first grandmother died it was during the hottest summer day. We buried her with all the Roman Catholic rituals: incense, a procession, music, prayers. I had forgotten how visual and beautiful a Catholic burial can be. For my second grandmother I played the song “ The Day Is Coming” on her hospital deathbed.

What do you think happens when you die?
I wouldn’t know. But there exists this unknown entity. It is a presence without a name. Still it’s presence and at the same time I can’t define it. I guess you could call me agnostic, I don’t know. I am trying to address this subject on my next record, which will be out on January 4, 2020.

Have you ever been in contact with a deceased person or experienced anything paranormal?
I have and I do believe this is possible yes. I have experienced paranormal trance states during concerts. One time in a gallery in Milan during the performance of the song “ Love Is A Religion “ I was visited by something out of this world. It was hovering above me. After that my personal life broke apart.

“My relation to spirituality has changed during the years. It’s a bit like the path the writer Huysmans took: from satanic to deeply religious at the end of his life.” 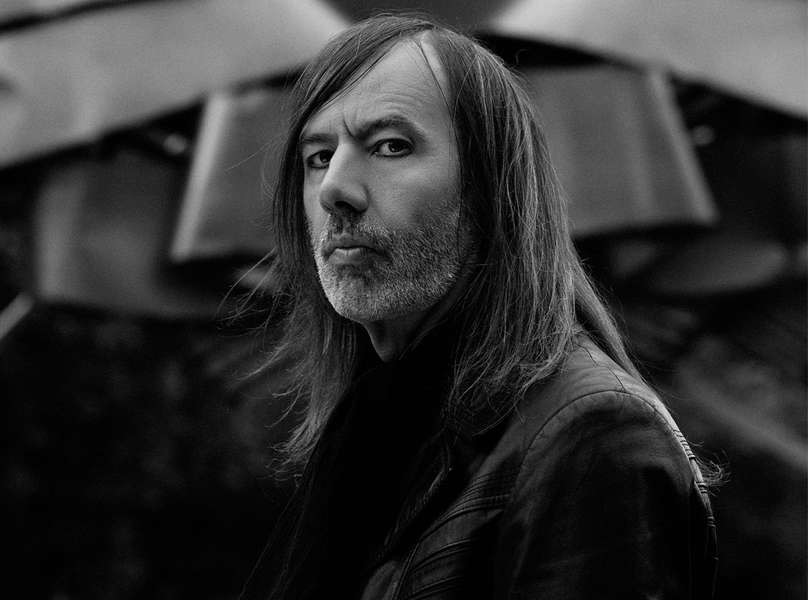 How big of a role does religion play in your current life, and how has your relation to God and spirituality changed throughout the years?
My father is adamantly atheistic. He comes from a family of socialists in the South of the Netherlands. The socialists were despised by the church and life was made hard for them in The Netherlands in the 1940’s and 50’s.

Personally I read a lot of books by Western spiritual writers, mostly female. They had no other choice then to go into the nunnery. As cast outs of society their choice was between religion or death by starvation. They wrote in an intense way about heir relation to God, which is also erotic in a way because it still describes a relation between a woman and a man. Writers like Marguerite Porete, who was burned at the stake in 1310, condemned as heretic for her idea that if you believe in God you can’t do anything wrong, even kill a man. The intensity of these writings inspire my work.

My relation to spirituality has changed indeed during the years. It’s a bit like the path the writer Huysmans took: from satanic to deeply religious at the end of his life.

By playing the baroque lute you bring elements of history into the present. Does the instrument or the act of playing it have any spiritual connotations for you as well?
Yes it does have spiritual connotations. The lute and its sound and tonality carries me right back to a time when things like cellular phones and social media did not exist. To a time where people would just talk to each other and life or death depended on real human contact. For me the instrument goes against non-spiritual secularity.

To what extend do your ideas about life and death influence your music?
You can find those influences in my titles and lyrics.

Are you afraid to die?
I am not afraid of my own death, at least not yet. But I am afraid of the end of procreation leading to the death of humankind.

How do you envision your own funeral?
I haven’t.