Dutch artist Janno Hahn (1980) is a “typo-graphic-designer” who combines his own distinct style of typography with graphic design in his numerous projects, varying from printed typefaces to art installations. As he also creates tombstone designs and his work has a certain air of existentialism, I thought it was a good idea to ask Janno about his thoughts on death and the process of creating a custom made hand carved tombstone.

What’s the first thing that comes to mind when you think of the concept of death?
Janno: The End.

Can you tell me a bit about the process of creating and engraving a tombstone? How did you start doing this type of work?
Working on a tombstone is actually not very different from my other monumental projects. I think I only have one modus as an artist: I like to make designs that react to the specific materials, techniques and content that are involved.

For one of the tombstones that I have created so far the client wanted the type to be carved in the stone. I created a custom typeface for that purpose. This typeface is called Avalon (a place from the Arthurian legend) and has diagonal strokes that end up in each other in a way I had not seen before, but also in a way that makes the carving a lot easier. From the same typeface I created a stencil version to use in the tree gate that is part of the stone. This monumental typeface fits the concept of the stone both in shape and execution, rather than just being created because of my personal taste and preference.

For another stone I created a design in which both husband and wife could share the surface of the stone for their lettering. I gave them both their own space but connected these parts as well. To complete this geometric stone relief I created a typeface with a constructed look and minimal serifs. This stone is in progress right now and I can’t wait to see the end result. 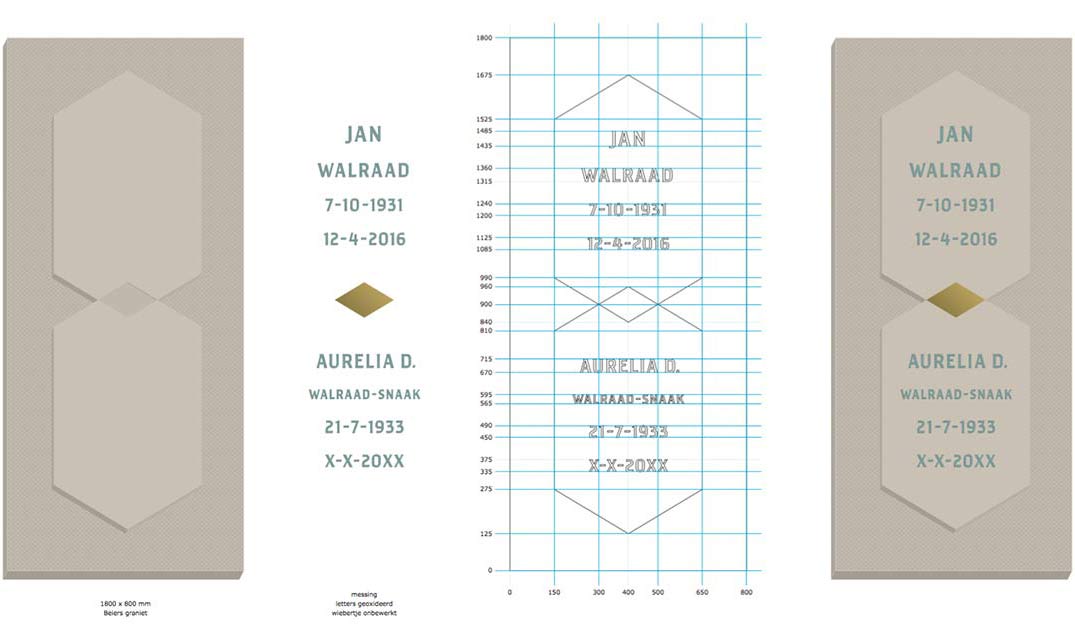 Do you get emotionally involved with these projects? Does this type of assignment feel any different to you than any of your other projects?
No, I don’t get more emotionally involved with this than with any other kind of project. For me creating a gravestone is just making a ‘monumental typographic sculpture’ and that’s something that I really like to do. In my work I always try to keep things apparently simple, but striking at the same time, and this is something that I think fits the concept of a good gravestone very well.

Do you have a favorite tombstone or a specific kind of inspiration for tombstones?
The older they are, the better looking they are – like with most things. I think most modern day tombstones are very ugly, with shiny stones and horrible typefaces. You often see the Comic Sans typeface used on children’s graves. It’s very sad to see so many bad examples when you walk around in a modern cemetery – at least here in The Netherlands. There is a lot of work to be done to make that right again. 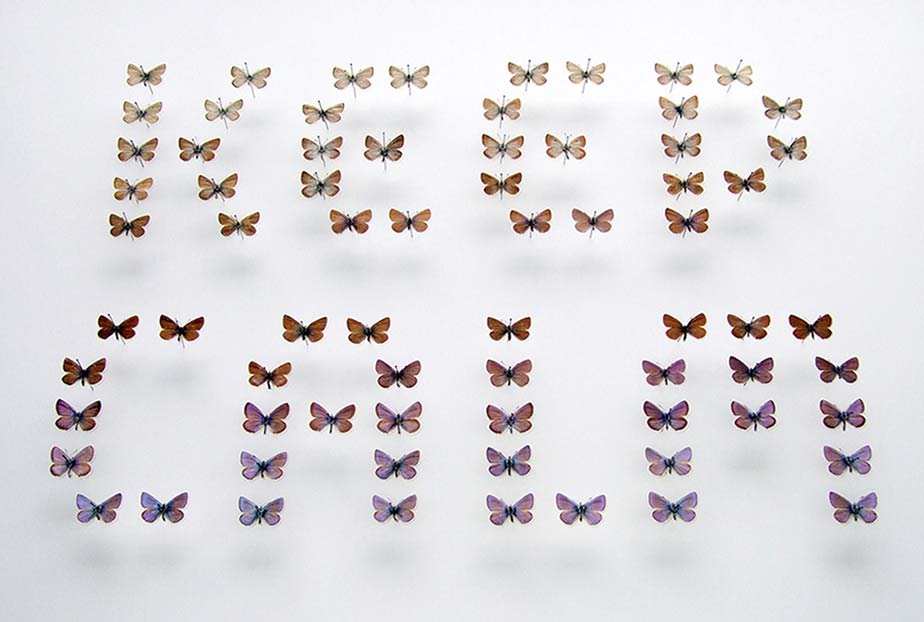 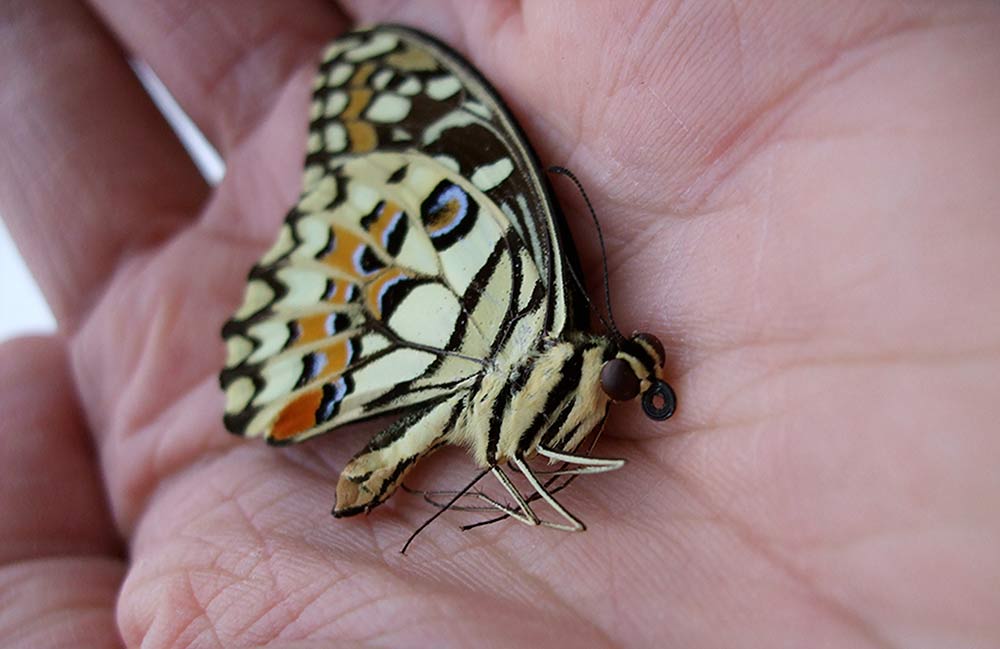 Do you remember when you were faced with your own mortality for the first time?
I don’t remember how old I was, but I do remember I was still very young when my first thoughts of dying and not being here anymore appeared, and they were a big shock to me. But a much bigger shock came when I was eleven years old. A friend of mine died in a car crash, together with her parents and sister on their way to France for a holiday. Their car was waiting at the traffic lights when suddenly a big truck drove into the back of their car and killed all four of them instantaneously. This scene haunted me for a long time.

What is your idea of the afterlife?
I don’t believe in the concept of heaven and never did, not even as a child. I’m an absolute atheist. The only thing I like about religion is its art.

I believe that when you die, your time is simply over. Your brain probably gets a last overdose of impulses and you might see images or a spinning white tunnel, it’s all possible. But I think the idea of something after that is just false hope for scared people. Instead of hoping for an afterlife, I think it’s better to focus on our lives right here and now on this planet. 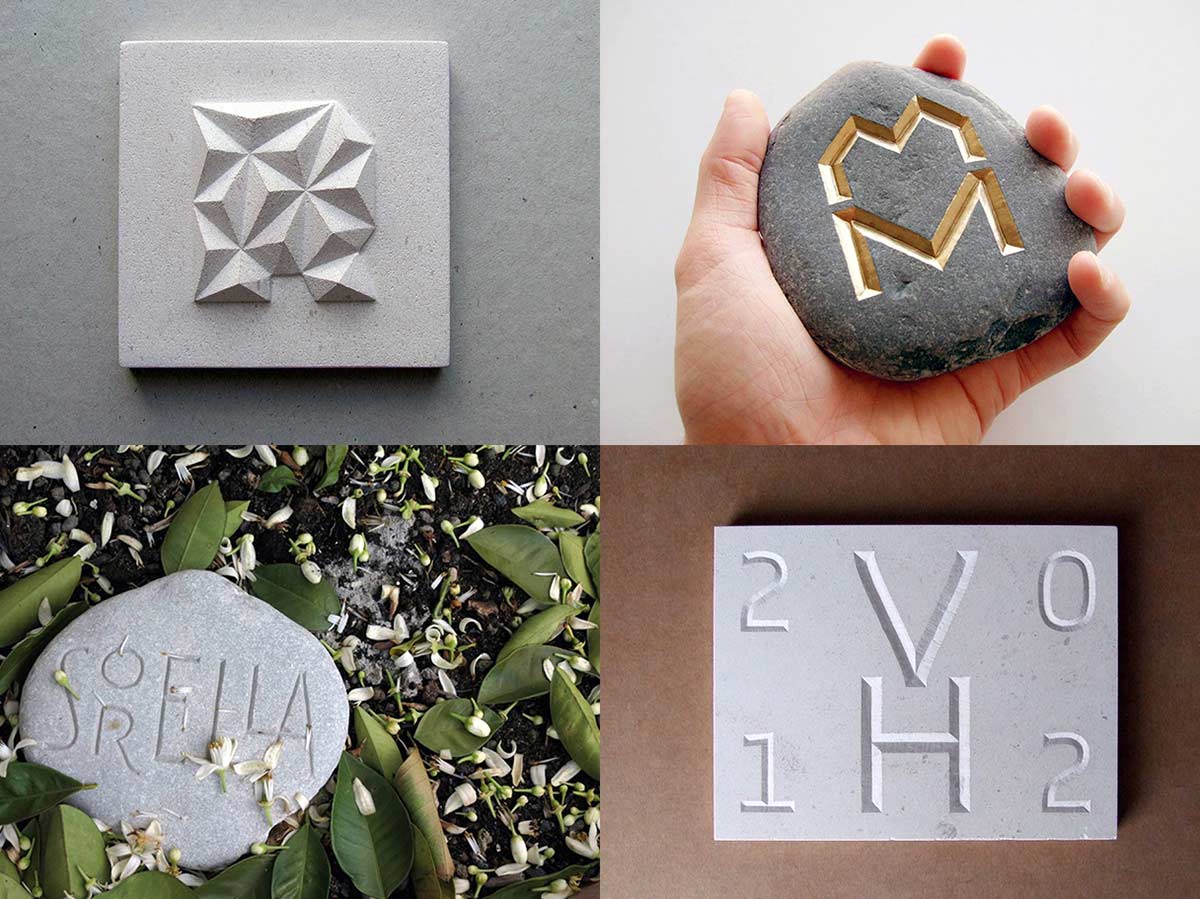 Do you have any ideas or wishes for your own funeral? If you want to be buried, what kind of tombstone would you like to have?
I want to be cremated, without an ugly modern coffin but just wrapped in a burial shroud. My ashes are to be spread somewhere in my birthplace Enkhuizen and I want to keep the memorial as small as possible with only my real loved ones. My last wish is that they play the song ‘How To Disappear Completely’ by Radiohead loud, very loud – then throw me in the fire!