The art of illustrator Glyn Smyth will easily resonate with anyone who has an esoteric eye. Drawing inspiration from myth and folklore, Glyn creates fascinating images with a dark Art Nouveau feel that have been adapted by several influential underground musicians as album art. I asked Glyn about his experiences with death and how certain supernatural phenomena inspire him.

What is the first thing that comes to mind when you think of death?

Change. Transition. The nature of time.

When and where were you born, and were you raised in a religious family?

I was born in Dublin in 1972, but spent my childhood raised in various locales in Northern Ireland, living with my mother, grandfather & stepfather. I was not raised in a religious environment and we did not attend church. However, I do feel there was a sense of basic spirituality impressed upon me; it just wasn’t expressed in any kind of scripture.

Despite this, I was intrigued (and sometimes disturbed) by the concept of religion from quite an early age. The trappings of both Protestant & Catholic faiths were intertwined with identity in the troubled environment of 1970’s Northern Ireland, and I became aware of religious imagery and the concept of “damnation” simply through a type of osmosis, probably when I started attending school. 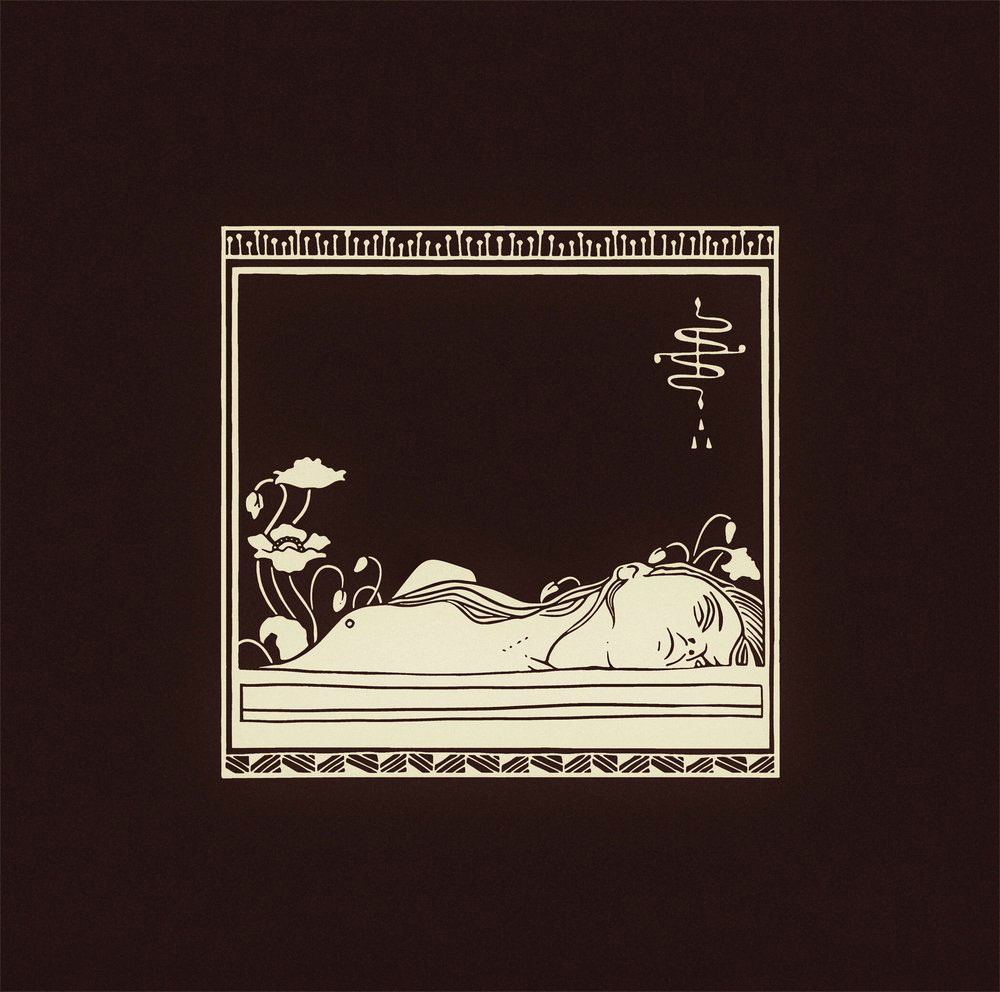 What are your own experiences with death?

The loss of both my grandfather & stepfather are undoubtedly the most significant bereavements I’ve experienced up to this point in time. My grandfather had a long battle with Alzheimers, whilst my stepfather had a similar battle with leukemia. It was sobering to watch these two men, both formidable in mind & deed in their younger years, slowly ebb away as their bodies shut down. This type of experience cannot help but make you think more about about your own ageing process and the limits of our physical form.

What are your beliefs on death and the afterlife?

These change over time and I’m sure will continue to evolve as I grow older. When I was much younger, I had a knee-jerk reaction to the Christian fundamentalists I seemed to be surrounded by and adopted a militantly atheist persona (itself a fundamentalist position!) in response. The irony is that I don’t think I’ve ever believed we’re just dead matter in a dead universe, an essentially nihilistic viewpoint that can be strangely seductive when we feel overwhelmed by simple existence.

These days, I’m comfortable with accepting the mystery of it all. I do think that we perhaps are in some kind of “school” at times, that we have chosen this experience. I entertain many ideas whilst subscribing to none. My current thinking is that the human condition is just one experience in a vast, living universe which we only perceive a tiny fraction of. Our language and limited perception lead us to looking at “life” & “death” as polarities, when they may not be at all – it just looks that way through human eyes.

“My current thinking is that the human condition is just one experience in a vast, living universe which we only perceive a tiny fraction of.”

Have you ever been in contact with a deceased person or experienced anything paranormal?

I’ve never seen anything that I would term a “ghost”, though I have had a lot of what I perceive to be paranormal experiences. These were particularly prevalent in my early childhood and teenage years & range in nature, though many of them fit the mould of modern “UFO” lore (and by extension, old folklore & mythology). These experiences include anomalous lights, missing time episodes & entity sightings in daylight. I would be inclined to dismiss these as purely psychological if it were not for the fact that the most striking experiences occurred in the presence of others who also witnessed the same thing. There are a lot of other factors and strange experiences that seem to manifest in relation to this phenomena, so it’s hard to fit into a concise statement. But I’ve come to realise that these type of experiences are very common, if not universal to the human condition.

By far the most terrifying experience I have had was a “sleep paralysis” (or “Old Hag”) episode in which the apparition of a faceless, hooded “monk” manifested in the corner of my room when I was 20 years old, accompanied by a loud moaning or humming sound. I have never otherwise felt a feeling of such complete & utter terror or evil. The sense was that this entity wanted to consume my “soul” and that I was about to die. I have since heard other accounts that mirror my own identically. I should stress that the nature of this experience contrasted heavily with the other phenomena, though my instinct is that a similar mechanism is in place. 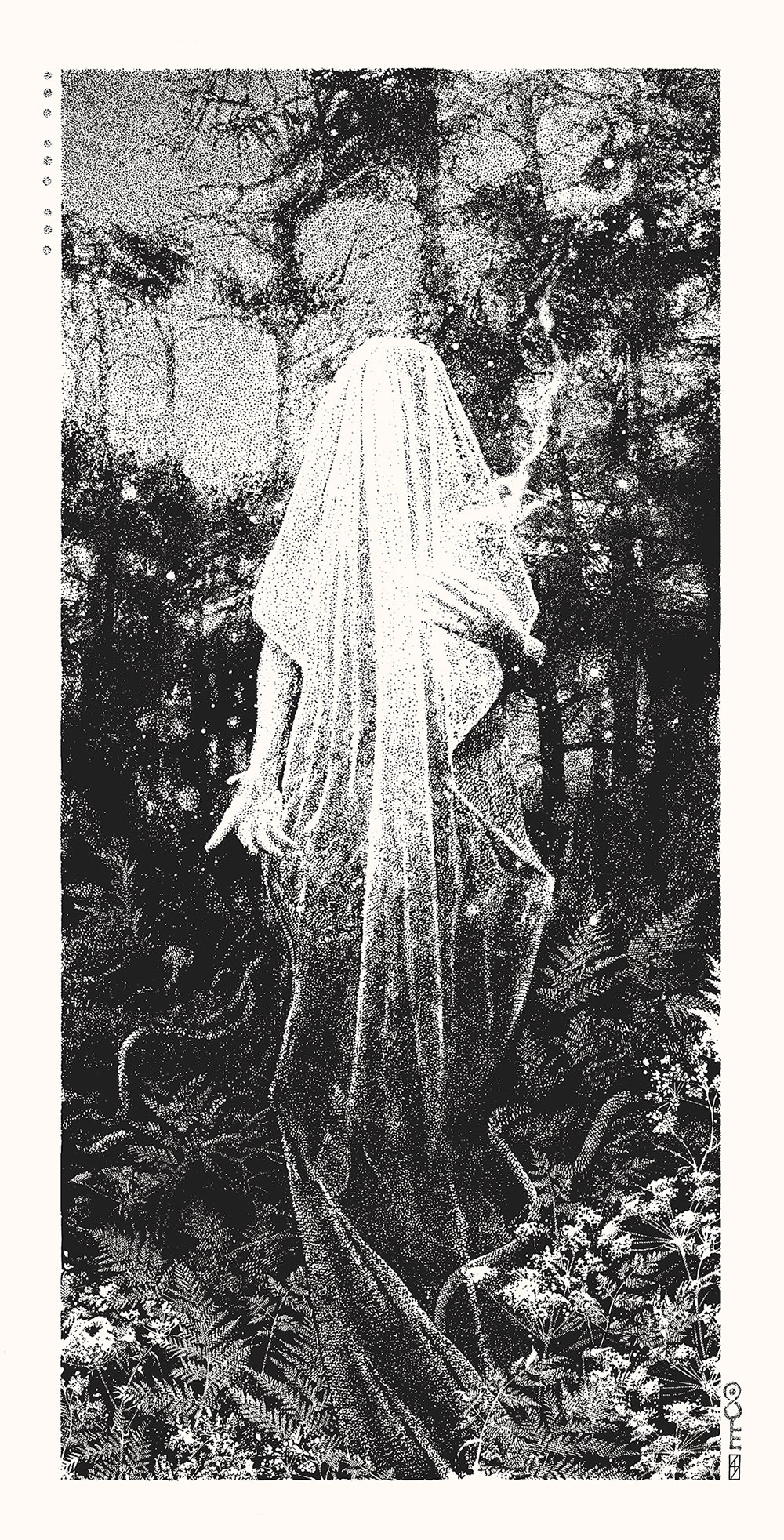 Ultimately, it’s one of those areas where the more you research it, you realise how weird it all this. How it defies labelling and categorisation. Over the years I’ve leant heavily towards the interpretation that these are, for want of a better term, “shamanic” type experiences manifesting in cultures that have banished that sort of worldview & discarded the rites of initiation that the psyche needs in order to mature. Lacking the proper tools to interpret and integrate the experience, this then manifests as something dark & disturbing.

The writings of people such as Jacques Vallee, Carl Jung & Patrick Harpur articulate these thoughts far better than I can. However, this line of thinking is still somewhat human-centric; it places us at the centre of a narrative where “we” are important or “chosen” in some way. Perhaps the true nature of these phenomena is more random or chaotic in nature?

“Our language and limited perception lead us to looking at “life” & “death” as polarities, when they may not be at all – it just looks that way through human eyes.”

Can you tell me about the role of esoteric subject matter in your art and how your own views on existence are connected with this?

On a fundamental level, I have simply found that what is deemed “esoteric” is usually subject matter that doesn’t fit with the current cultural paradigm. Its value lies not in how secret, or hidden it may be, but in the insight it provides into your own psyche. How much it makes sense on an intuitive level. This is important.

Everything is filtered through our physical senses and the mind. We’re all living in our own personal little simulations, based on our biases and prior experiences. I think there’s a level of correlation between what we believe and what manifests in the material world, which is a basic magical worldview I guess.

Overall, I’m much more interested in folklore, mythology and Fortean themes at large than I am preoccupied with the confines of any particular school or tradition. Most of my reading & research this last while has centred on historical witchcraft and faerie lore, and a lot of upcoming personal work deals with these concepts. 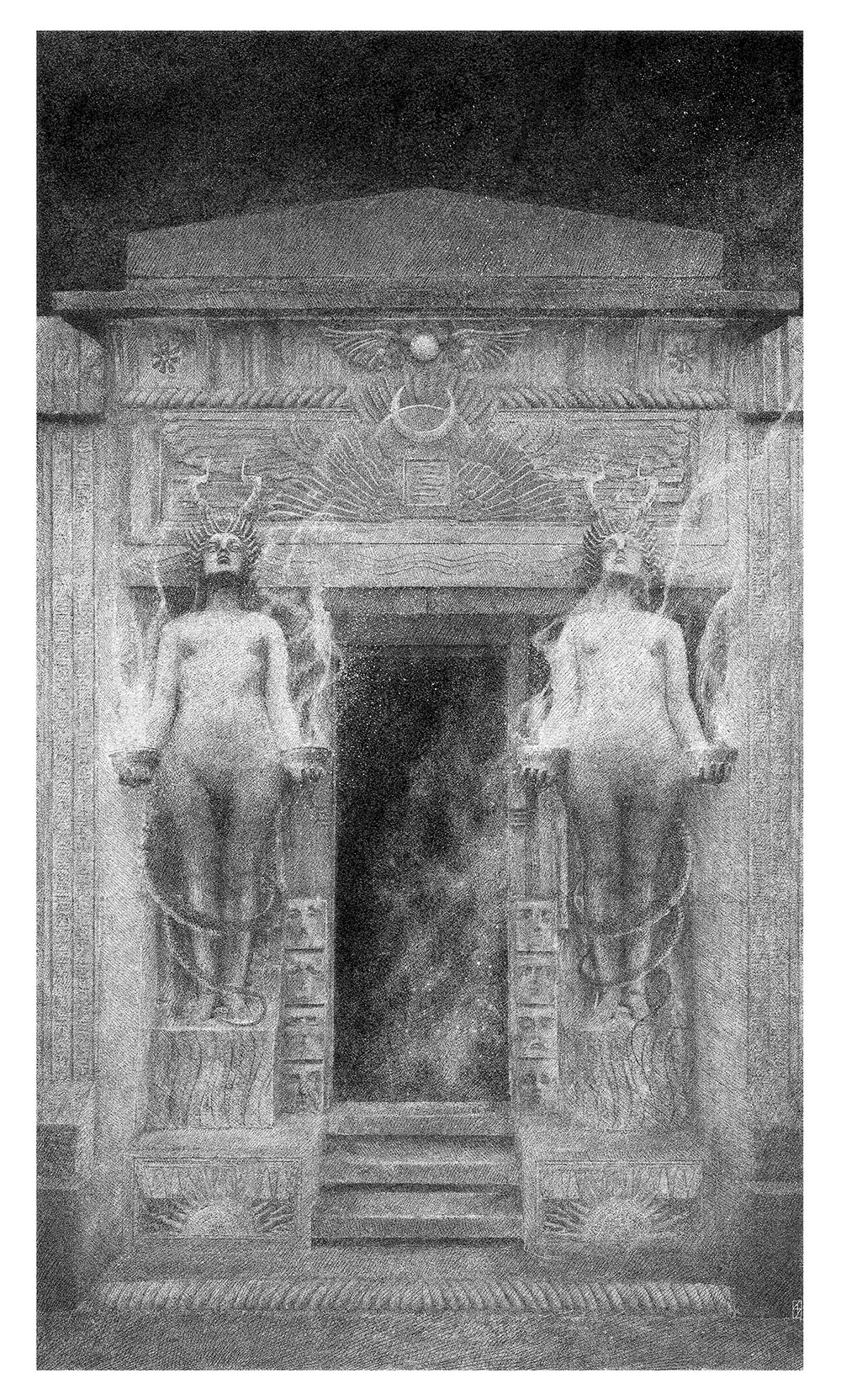 To what extend do your ideas about death inspire or motivate you artistically, and in your personal life?

When I think of “death” – and I do so daily – I think primarily about the passage of time. There never seems to be enough time to do everything, and I’m sure that this is a sentiment all those in the creative arts would share. When I was much younger, I definitely succumbed to a more nihilistic worldview, where a pre-occupation with death was perhaps a negative exercise on my part. Now I tend to view it as something which frames life itself. It’s part of the overall picture that puts the current moment into context.

Are you afraid to die?

Not in the way I used to be. When I was younger, the basic concepts of “Heaven & Hell” instilled a certain amount of fear, but I’ve come to view things in less binary terms over the years. That said, I am saying this as someone currently enjoying good health. (I’m answering this question from the confines of my home amidst the Covid-19 lockdown, and I think this has actually made many of us reflect more on how we actually live, rather than fixate on when we might die).

How do you envision your own funeral?

I’m anticipating it to be a quiet affair.