Diego Gravinese is a painter from Buenos Aires, Argentina, who creates hyperrealistic works of art. His large scale oil paintings draw the audience in immediately and take them on a journey to gorgeous places with a sacred vibe that very much resemble paradise. I went into conversation with him and asked him about his experiences with death, his thoughts on consciousness and the mystical meaning of it all.

What are your own personal experiences with death? Have you lost anyone, or been close to dying yourself?
Diego: Truth to be told, I haven’t had many close encounters with death. Three of my grandparents died when I was a kid, I lost a cousin when I was 15, and then my mother’s mom died when I was 28, in 1999. The thing I remember the most about the deaths of my grandparents is that I never felt a true sadness about them dying. Not because I didn’t love them, but I somehow felt that it was a natural thing to occur and I only cried because of seeing my parents and other relatives suffering. Their pain made me feel sad, not the idea of my relatives passing away.

When my grandma died, it was a completely different experience. I visited her many times during her last year. She was very much alive on the inside, and it was a joy to see a woman whose body was clearly failing and about to give up, but whose soul was still as bright and curious as a child. The whole process of my grandmother’s death was a transformational journey for my mother. Instead of feeling pain, she felt reborn through the experience. She even actively took part in funerary rituals like washing her mother’s body, she dressed her in a beautiful gown and arranged for her to be cremated, according to my grandma’s will. It was a beautiful, simple and private ritual. Nobody else saw her dead body, except for my mom. 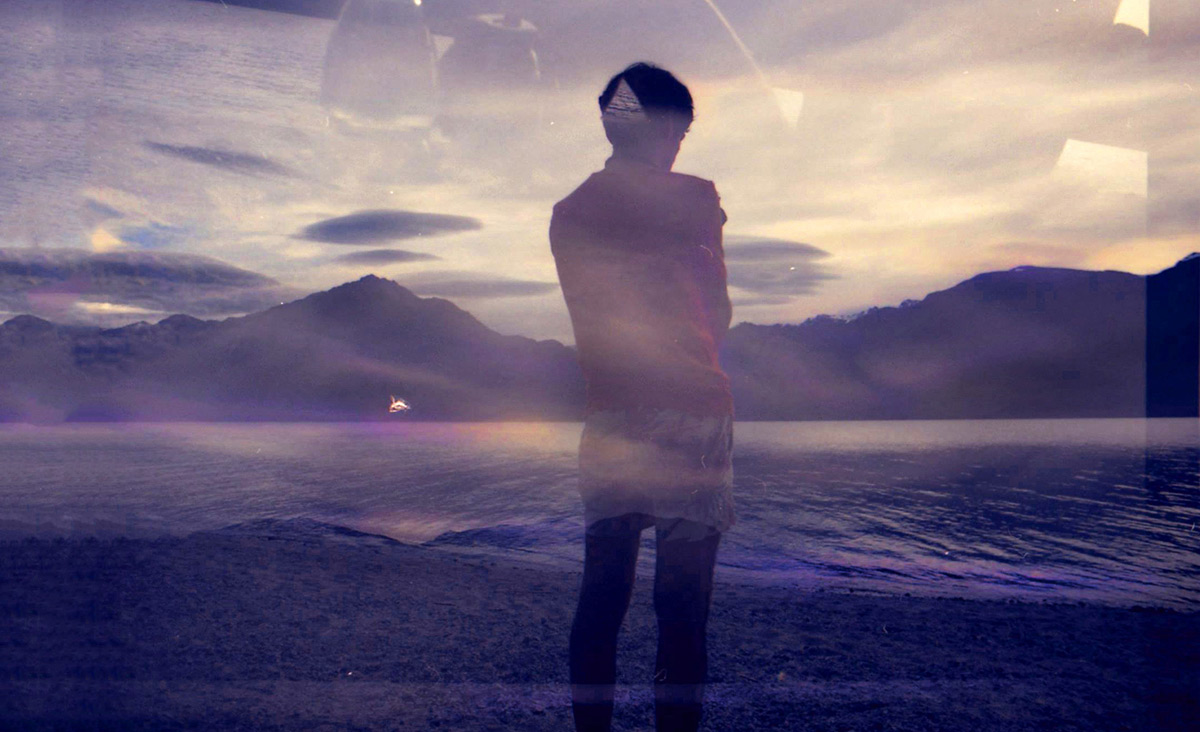 “I see death as a marvelous arrangement of the universe to make things seem entirely new for every creature that gets born.”

I see death as a marvelous arrangement of the universe to make things seem entirely new for every creature that gets born. I do not deny the great sadness that of course comes with the loss of someone you really love, but I think we should celebrate death, instead of mourning it or feeling awful about it. Our culture has a horrible and torturous relationship with death. But death is as natural and simple as getting born: both are crucial and precious moments in the journey of consciousness.

How has your perception of death changed over the course of your life? Were you taught to believe something about it influenced by your parents or through school or religion, that later on changed through your personal experiences?
As a kid I was really interested in these existential questions. The idea of people dying, or even my cat dying, scared me, but at the same time the subject fascinated me tremendously. When I was 8 or so, I asked to join the Catholic church. My family was basically against any form of religion, but they were okay with my decision. I needed to understand this terrible concept of Hell and Heaven. How could it be possible that God had made such an arrangement for us to exist? But then, after two years of studies, I took my first communion, and in that moment, while I had to confess my sins for the first time, I realized the Catholic church didn’t know what it was talking about and I decided it wasn’t for me anymore.

As I grew up I became more and more skeptical. I decided to join the generally accepted ideas we receive from our culture: namely, that this universe is only the result of a big explosion of energy – that came out of nowhere -, and that it is only as a result of pure chance that after several billions of years of random combinations, us humans, with thoughts, with feelings, with consciousness, emerged out of a dead, unconscious and unintelligent cosmos, and that that was pretty much it. The idea that everyone of us, individually, exists only as a result of unimaginable chance, this super random, incredibly brief phenomenon, in the immensity of this universe. A brief thing we call the human life. 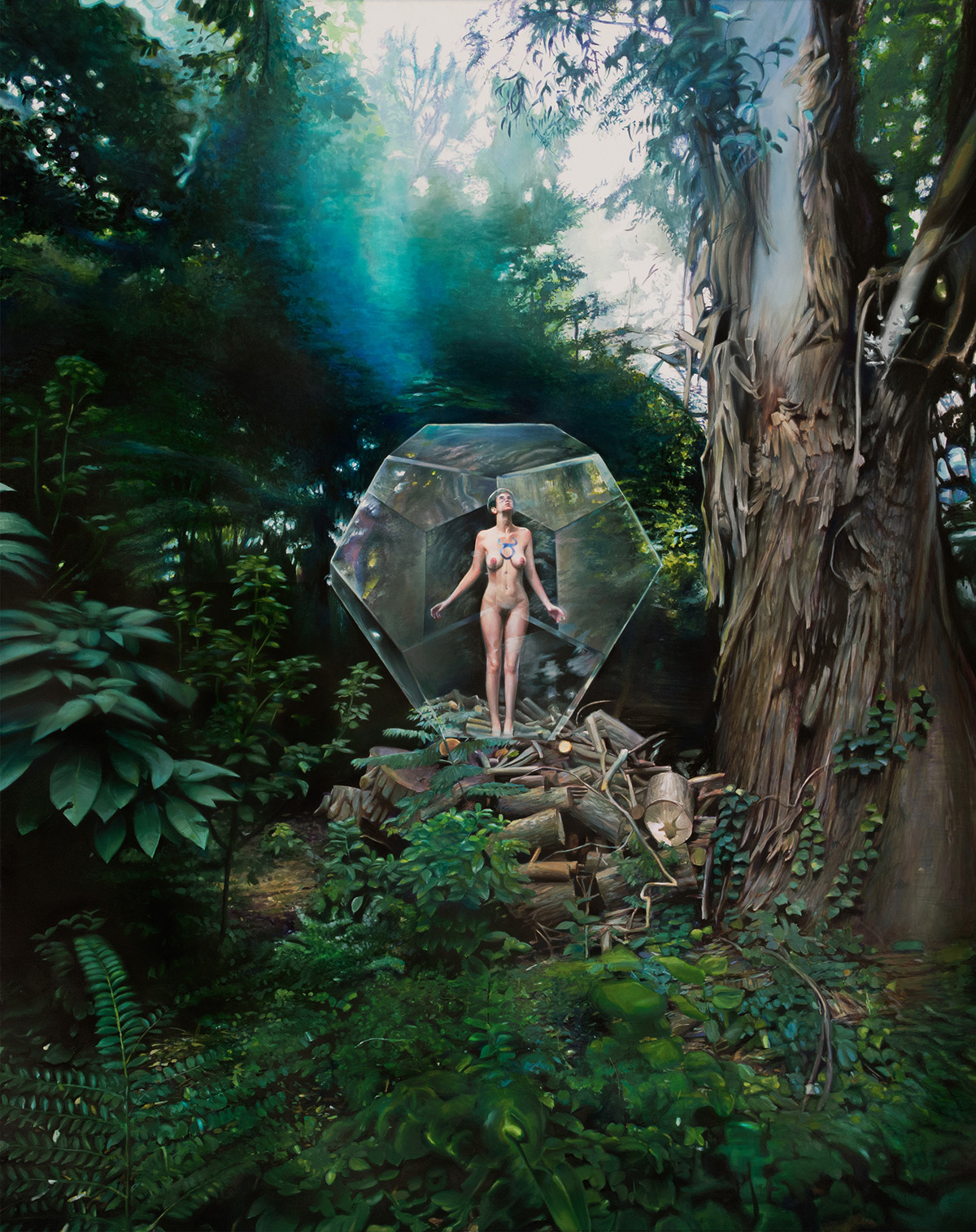 But then, when I was 19, I started practicing yoga. This shifted my perception for the first time. I began to become more aware of who or what was ‘living’ through me. I had a few very meaningful experiences in deep meditation, as well as through practicing holotropic breathing (a technique developed by Stanislav Grof). These experiences were so vivid and so intense that I couldn’t just deny them as hallucinations or simple tricks of the mind. Even though I didn’t have the necessary background at that time to know what to make of them, they opened something inside me and left me with a clear knowledge that this ‘material’ existence wasn’t really all there was to life.

For some reason, I gave up yoga after a couple of years, and slowly forgot about these other realities. I eventually dismissed them completely when I entered a group of biblical research in my mid 20’s – I was clearly still looking for literal answers! – After that year of Christian investigation, I gave up on religious matters completely, and for many years I really didn’t know what to believe anymore.

“Heaven and hell, those places that so much fascinated and scared me as a child, are inside us, right here, right now. As you live, you choose your own adventure.”

Have psychedelic drugs changed your outlook on life and death?
Absolutely. I consider my encounter with the sacred plants as nothing short of a miracle. Basically, while I wasn’t looking for answers anymore, the magic mushrooms came to me. This happened 4 years ago. They changed my perception of life and death once more, and this time around, beyond the point of no-return.

I know now that we are, every one of us, an expression of the whole infinite consciousness that really IS this universe. I realized how this thing we call existence is just one colossal and fantastic happening. A play. I don’t believe that life is ultimately tragic anymore. Of course being alive has its inherent problems, and its sadnesses and all kinds of inevitable pains, but I see it as a fantastic game, even in its worst moments.

Perhaps the most amazing realization was the most unexpected: that there really is no difference between what we call nirvana and everyday life. That this is IT. Heaven and hell, those places that so much fascinated and scared me as a child, are inside us, right here, right now. As you live, you choose your own adventure. 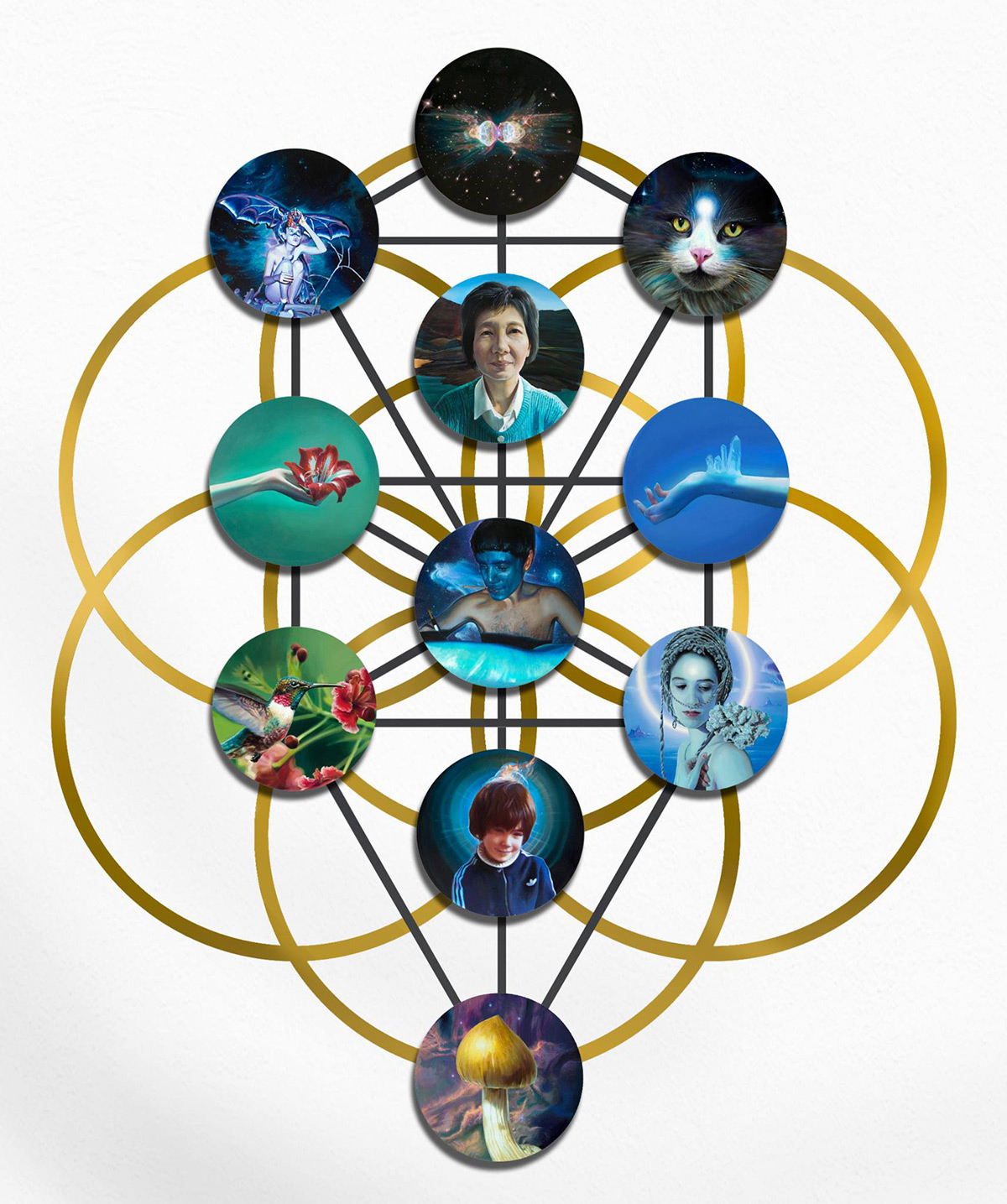 In your paintings you often touch upon the beauty of human existence in an almost divine way. Do you think your beliefs about life and death inspire your art in any way?
The answer is yes. These topics, as I told you, have been always very present in my mind, as well as the celebration of pleasure and the ecstasy of living. I guess I carried a lot of guilt within me when I was younger. I would think things like, “how can you be inclined to such luminous things in a world that’s clearly going to hell, in a world that basically suffers?”

But in  these past few years, along with all the revelations came a liberation, and I decided to investigate the most flamboyant worlds, which to me represent a celebration of human existence. Even in the midst of chaos, we all still have our orgasms, our moments of radiance and clarity, our moments of connection with the totality of being, with the whole cosmos. Most of my recent paintings have been attempts to evoke a recognition of those moments.

Do you believe in reincarnation?
Yes and no. Yes, in the sense that I believe that all there is is Consciousness, and that after we die, there can only be more of this. More worlds created in consciousness, either in this world, or an entirely different one. So, consciousness keeps creating because that is its purpose, and I think another ‘I’ will experience whatever comes after ‘Diego’ ceases to exist.

But then, I don’t believe that that next experience will be ‘me’ at all. It will be a continuation of what we call human existence, but not the continuation of my individual ’soul’.

Do you find it easy to talk about the subject of death? Is it something you can share with your friends and family?
Death is a very sensitive subject. But still, I find it more and more easy to talk about these matters. I think that people are slowly starting to wake up. Many of my friends have tried ayahuasca, or psilocybin mushrooms, or are yoga practicers, or simply realized their crazy ideas weren’t that crazy after all and started to talk about it. The younger generations seem to agree with these ideas by default. I’m amazed at how open- and cosmic-minded some kids in their 20’s are nowadays. 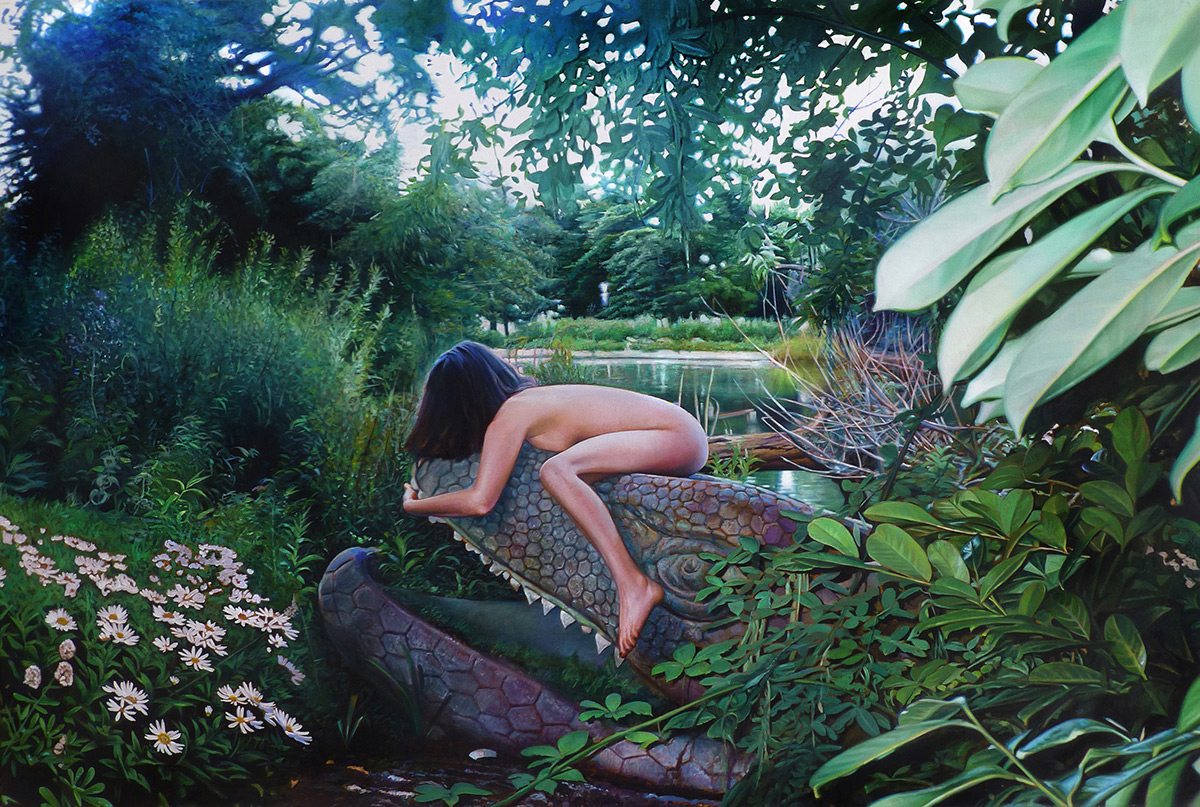 What do you think about the way we approach death in the modern world nowadays? Do you think anything should be changed?
The world in general approaches death in the worst possible manner. Because it is a strategy of power. I love what was written in the Tao, thousands of years ago: “When people do not fear death, how can the threat of death scare them?” – which is exactly the message the world throws at people every day: Death is terrible, you have to preserve life at any cost, because this is all you have, in fact this is all you will ever have in the infinity of eternity, these few years! Haha! And so, here we are, all fighting death, sweeping it under the carpet, and trying to act as if it isn’t real, while at the same time, we are absolutely and completely scared of this thing that we know will happen anyway. As a result of this, we are easily manipulated into any form of dogma, economic systems, political creeds, religions, etc.

I think we should completely turn around our idea of death. We should start celebrating it. We should start considering it as a sacred and joyous moment: the beginning of a new adventure in the infinity of consciousness.

Do you have any ideas or wishes for your own funeral?
I really hope my funeral will be like a party, but I would be more than happy with a simple ritual of spreading my ashes in some beautiful natural landscape. I should start thinking about the exact location. But there’s time for that, I hope ;)