Colin Hector van Eeckhout is a multi-talented musician. He is the frontman of Belgian post-metal band Amenra, has a solo project that goes by the abbreviation of his own name ‘CHVE’, and is part of several side projects. The way he explosively blends the darker urges of mankind with an almost enlightened view on reality has fascinated his followers for many years. I asked him about his views on death, and how the subject has evolved for him through time.

What are your own personal experiences with death?
CHVE: As far as I know I have never been close to dying myself. The closest I got were a couple of car accidents. Around the age of fourteen, one of my best friends hung himself. That lashed out pretty hard at my young heart. However, the wildest encounter I had with death came when I was twenty. I lost six close family members in one year’s time, including my father and godfather.

It changed my view on life completely. It has shaped me, and everything I have been doing since then. Up until then, I lived an illusion. The biggest life lesson I got from my father came with his passing away in my arms. He taught me never to give up and to fight hard for everything that’s dear to me.

What are your thoughts and beliefs on death and the afterlife?
Death should drive you as much as life. They are equally important in our existence. Death is rest. It is exile to another land. I can only hope it is not the end. And that we meet everyone we lost again in an afterlife, but we will never know for sure. Death is saying goodbye, and I hate goodbyes more than everything in this life. Abschied.

“The biggest life lesson I got from my father came with his passing away in my arms. He taught me never to give up and to fight hard for everything that’s dear to me.”

The duality of death and life, darkness and light, is a recurring theme in your work. How do your ideas about death influence and/or shape the music you make with Amenra and your solo projects?
My mind always dwells in darkness, day and night. It is my starting ground. My life is a quest to shift that Darkness into Light. I think it is necessary for us all to live with a constant awareness of a possible end. Life should be treated with respect in all its facets. Life’s pain is kept hidden by humanity, while it is one of the only constants or certainties in life. That’s why I think it is our job to show that we are all together in this. And even though grief and personal pain can be carried by ones own shoulders alone, it helps to know that you are not the only one carrying the burden. It makes it easier to bear. At a certain point in life everyone is lost, and I believe it is our job, to lead those lost back into the light. 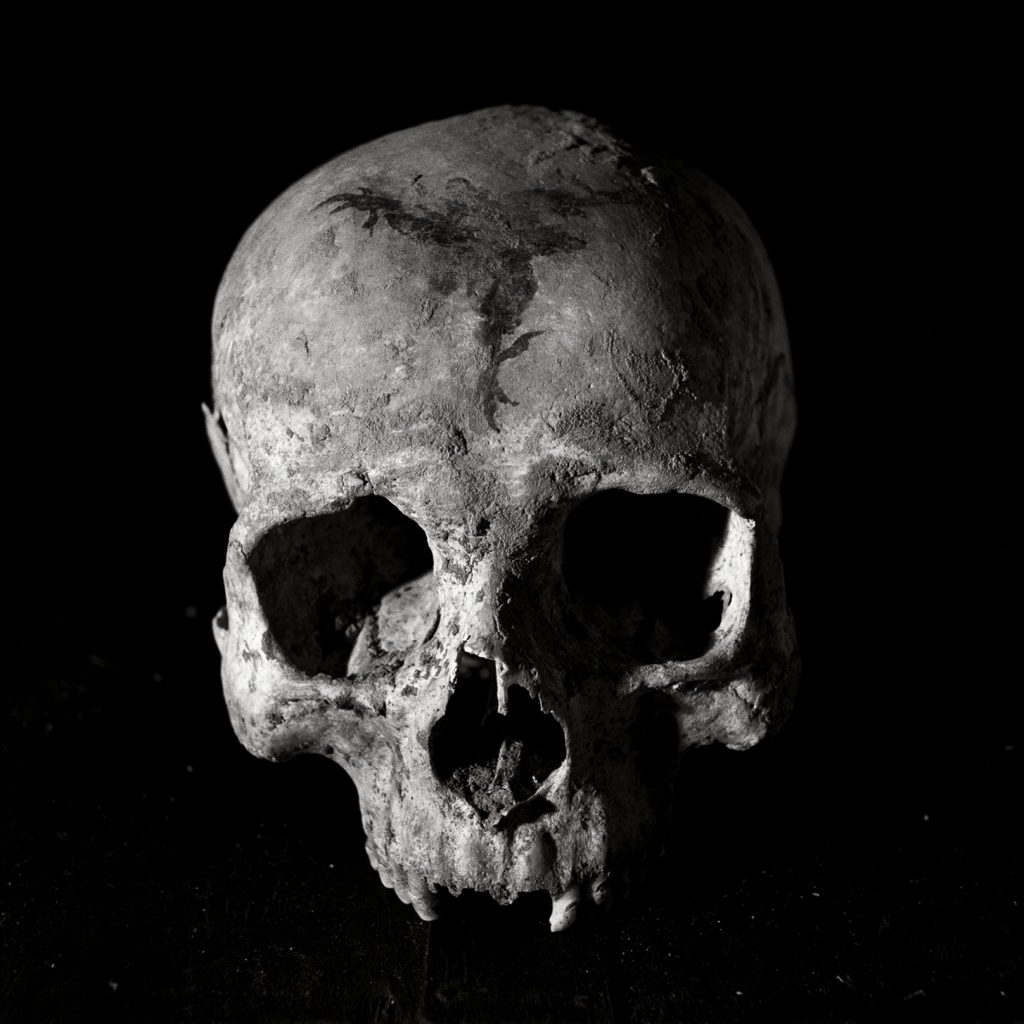 There also is a strong element of divine surrender and ritualistic sacrifice in your work, and even in your physical body through body mutilation and manipulation. Does this physical aspect of your work relate to the seemingly finiteness of life?
Not necessarily to the finiteness of life, but for me it completely fits into the idea of sacrifice. In order to lead a good life, one needs to make sacrifices in respect to life. To fully live. Without regret. Sacrifice the things you love, for other things to be able to feel your love. As much as my ‘art’ in general is about death and life, or darkness and light, it is above all about sacrifice, not really about surrendering. There is much fight involved. I believe one should push it to the borders or limits that were thought to be impossible to reach.

Do you believe in reincarnation?
No, yet I do believe in an ungraspable divine intervention. At times. In our music for instance. Or in the things I see happening around me. 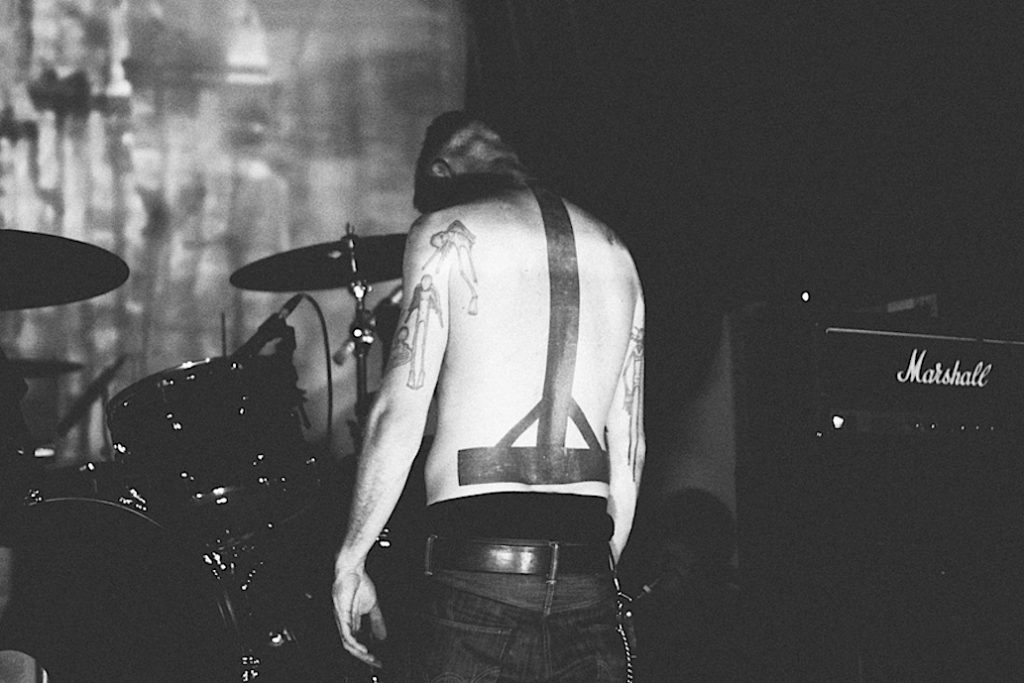 What kind of things do you see happening around you that give you a sense of this ungraspable divine intervention?
I mean, in the beginning, I saw signs all over the place. My fathers favorite flower, the poppy, showed up in the middle of nowhere. Right when I needed it. And other things, like the sun that breaks through dark clouds at the best possible timing, or like an answer to a question stuck in my head.
In music, it is in the creation of a simultaneous shiver down our spines; collective goosebumps. Something that reaches out to us, while summoning the ungraspable. I have come to the conslusion, that if I really want something to happen, it happens. I feel like I have an entire army of people taking care of me from above.

Have you ever been in contact with a deceased person or experienced anything paranormal?
No, but I have communicated with people in a coma. Sometimes I believe I got ‘messages’ through small things I see or dream. That’s as paranormal as it gets for me.

“Death should drive you as much as life. They are equally important in our existence.”

How was this communication with a person in a coma was confirmed to you? How did you know it was ‘real’?
One can never truly know these type of things. One can only assume. That’s how all of this works. In one case, I was at ‘palliative care’ (I have a KINGDOM song referring to this called ‘Ruina, where men go to die’), where my godfather was spending his last hours. He was either in a coma, or was getting morphine in such high doses he was not responding anymore.

Lots of family members where in the room, talking over his body, like he wasn’t there anymore. As I stood at the foot of the bed, I tugged at his big toe, and said quietly yet direct, “Hear them, look at them. They act like you are already gone…” And right at this moment, his eyebrows went up. It probably sounds retarded, but if you had known him, you know that’s exactly what he would have done. That was my goodbye. He knew I had his back. In a non-comprehendible way.

Do you find it easy to talk about the subject of death? Is it something you can share with your friends and family?
It is hard to not get emotional when talking about it. It’s easier to ‘work’ with it.

Do you have any ideas or wishes for your own funeral?
I want to be remembered a little bit longer than I should. I want my funeral to involve Amenra live music, and all the people I love. I want it to make an impression. I want it to be beautiful, full of warmth