Chris Girard is an LA-based artist and writer, or, as he prefers to call himself, “a hustler with a Ph.D”. Over the years, he has expressed himself through various mediums: from photographic self-portraits back in the days when selfie wasn’t an official word yet, to video art and poetry. I asked him about his video death poem ‘Shadow Shadows Tomb’ and his thoughts about death.

About the work
Shadow Shadows Tomb is a new media and video collage poem which consists of four streaming films that are systematically arranged into a box, which create a larger poem when words are juxtaposed next to each other in the larger box. The video poem, despite the name, reflects how life continues on after death.

The poem constantly moves and changes in this unfamiliar cemetery that was filmed yet the recorded sounds, which are combined from each of the four scenes, carry the entirety of the poem with it. The ambient sounds of children playing, birds chirping and people walking over leaves becomes a familiar resonance that contains within it the proximity of the cemetery. The sounds imply that death is not present but life is, as they become lifelike with the sounds that reverberate the presence of the poem.

What inspired you to create “Shadow Shadows Tomb“?
Chris: I was living in South East London near Nunhead Cemetery at the time. I never saw a cemetery that was completely overgrown and abandoned before. Many of these large, grandiose headstones from the 1800s were moved, organized and then lined up, almost packed side by side, to create a path for a trail. The less fortunate headstones behind them were buried under dirt, spider webs and plants. I had to record this moment of time.

Why did you choose to combine the engravings on the tombstones with images of plants and spiderwebs?
The plants and spiders were everywhere; the entirety of the cemetery was a green patina of the forest. The plant and animal life lived longer there than the cemetery. It was impossible to show words of the dead, without including the living.

Was the outcome of the work any different from what you expected to create with it initially, both in form and in meaning?
I expected the death poem to not be as harmonious. Unlike my other video pieces with street and storefront signs, the engravings of the headstones do not demonstrate a jarring and disembodied experience with their environment. On the contrary, it was difficult to imagine that the dead have experienced over a hundred years of forest growth that became Nunhead Cemetery. The green weathered patina of the headstone inscriptions say more about these words and their environment – together.

“I never saw a cemetery that was completely overgrown and abandoned before. I knew I had to record this moment of time.”

How did people react to the poem?
The reception was very taciturn and one-worded; it would have been better if Shadow Shadows Tomb was ostentatiously ‘bad’ when it was exhibited. I showed the video at a group show in collaboration with a piano piece by composer Mark So at this event called ‘Queer the Space’ at the Centre For Creative Collaboration in London. The exhibition was inappropriate for the piece. It was too subtle. It was projected at the corner of a room and its darkness and quietness was amplified by a surprisingly massive and social reception. Also at the very last minute, some dickhead either picked up or pushed my projector and pedestal over to the corner to make room for his bright pink video game pop art. The two antitheses bled into each other, but unfortunately his was brighter.

What are your own personal experiences with death?
Grief is the only deep emotion I can really share with others. Last year, I presented a dirge to a couple of hundred people for a friend who died in a house fire. I shared a series of memories of him at this informal wake we had by sharing an article that we collaborated on editing over a series of months that ultimately was published on VICE Magazine. Everyone I know who has died reminds me that I still really want to live. 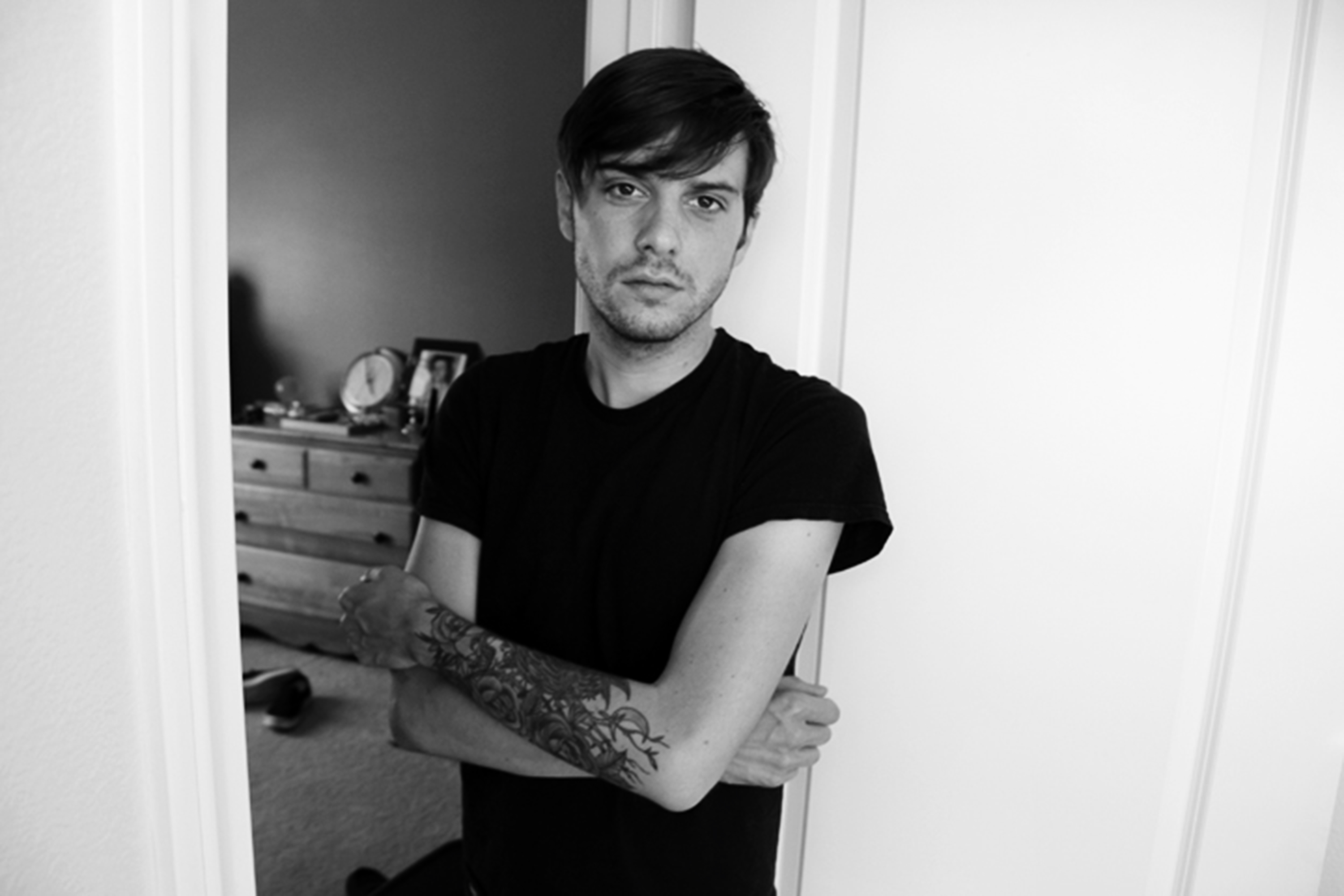 What are your thoughts on the afterlife?
I like the concept of immortality and having an immortal body, enough to hope that I could hold onto every memory I have right now and have it be contained within it forever. I am afraid that being cast into a collective spiritual realm is an erasure of what is mine.

Do you believe in reincarnation?
Maybe. I had a past-life hypnosis session that was done with me ‘walking across a bridge’ from my current life to others. It revealed that I had been a boxer in Ireland, a black mammy figure stirring a large cauldron, an indigenous boy riding a pig, a construction worker in San Francisco and a seamstress sometime in the Middle Ages. My earliest memory was of being a priest around 300 BC who guarded a bunch of pillars. I never understood the significance of this life until I became a bouncer at a music venue.

“I like the concept of immortality and having an immortal body, enough to hope that I could hold onto every memory I have right now and have it be contained within it forever.”

Has your perception of death changed over the course of your life?
Ever since I found out that immortality could be possible, it has solidified a type of solipsistic belief of mine that I could potentially escape death – rather than the belief that physical death is inevitable. I don’t want to be reincarnated anymore. Or have that reincarnation be a type of peaceful infinity. Maybe that is small-minded, but if I come to a point where I see my own life come to its sunset, I may try to poison myself. And if I die, and death is just that – I would hope that with infinity comes infinite nothingness.

Do you find it easy to talk about the subject of death?
With friends, yes – family, no. Death is very hidden and public for my family. Grief is expressed through ritual, like the six men carrying the dead. Years ago, I laughed before the viewing of my grandmother’s body. And plenty of more years ago, I complained that I was the 7th man carrying the casket of my grandfather at his wake. My father and mother kept arguing that I had to do it – for my own sake.

Do you have any ideas or wishes for your own funeral?
My funeral is always going to be an abstract of how I want it to be. First, I hope that the skin of my tattoos and my gold tooth are preserved. I hope those who organize my funeral find it easier to burn the rest of me, rather than bury. I worry about my container. I hope that whoever spends hundreds of dollars to turn me into ash will get the privilege to ball me up into a water-dissolvable bag and toss me off the pier of an ocean. I hope my funeral gives help or closure to those who need that ritual.