Caitlin Doughty is an LA-based mortician, author, and founder of The Order of The Good Death, a group of professionals in the funeral industry who are committed to making a difference in our death phobic culture. She also has one of the most addictive YouTube channels in which she discusses delightfully morbid topics, from the secrets of embalming to the miracle of coffin birth. I got a chance to ask Caitlin about her current projects, her experience with OCD and what she envisions for her own funeral.

You opened up your own alternative funeral home last year, Undertaking LA. What is it like to finally have your own funeral home?
Caitlin: It’s wonderful, especially since it’s been the dream for so many years. We got our license exactly one year ago. There have been so many different types of families come through our door – families that want to take care of their own dead, families that want natural burials, families that are lower income, because they heard we are a nonprofit. Every day we are learning how to do a better job at helping them, and being competent and knowledgeable at a chaotic time feels very good.

“I think we need death education as much as we need sex education. Opening that dialogue early, showing younger people that it’s OK to have questions about death, is crucial.”

In your first book ‘Smoke Gets in Your Eyes‘, you explain how you developed OCD as a sort of coping mechanism to deal with death. How did your OCD change since you started working in the death industry?
The OCD tendencies really happened most distinctly when I was younger and was first exposed to death, then they faded into my teenage years. My understanding, though I’m not the expert on this particular area, is that this is fairly common phenomenon among young people, occurring in 1% of all children.

Do you think fear of death could be at the core of how OCD develops for people in general?
Yes, but remember who you’re talking to. I see the fear of death as the core of all behavior. With OCD, the compulsions come from a desire for control over unwanted obsessions that plague the brain. What unwanted obsession plagues the modern world in quite such a sinister fashion as death? 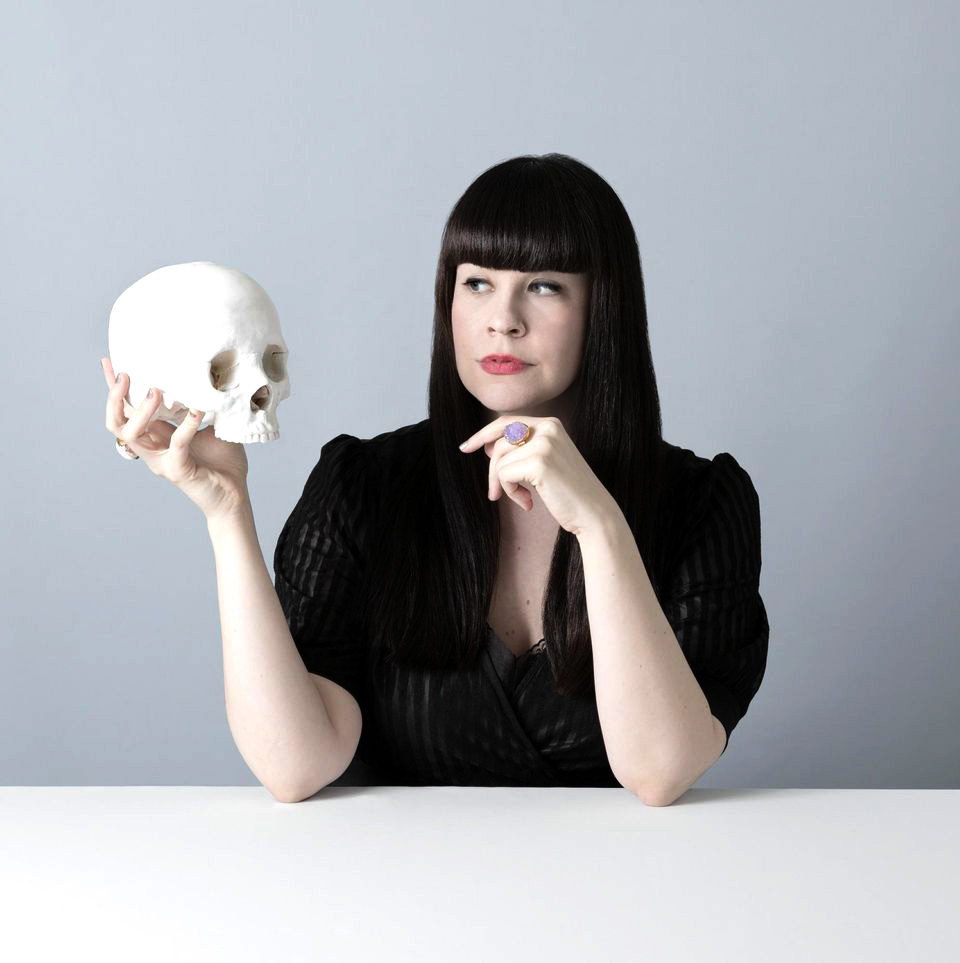 On your YouTube channel ‘Ask a Mortician‘ I have noticed how you mention the importance of involving children in our death rituals. Do you think death education should be integrated into the school program? And from what age on do you think children should be confronted with their own mortality?
I absolutely think that we need death education as much as we need sex education. We might not use calculus in our adult lives, but we’re sure as hell going to face issues around sex and death. Opening that dialogue early, showing younger people that it’s OK to have questions, is crucial. I don’t think a child needs to be actively confronted with their own mortality, like “LOOK AT THIS DEAD BODY, KID.” But children watch television, they see the news, their dog dies. Just let them know that anytime they have questions, you are totally open to talking about it.

Your work has started a true death-positive revolution. One of the things you often advocate is for people to take care of the dead themselves instead of leaving everything to the funeral home. Are there any other things you would like to see changed in the funeral industry?
What wouldn’t I like to see changed? I would like to see more community-centered death care, where volunteers help take care of the dead in their towns. I want to see greener death options, whether natural cemeteries or greener forms of cremation like water, or aquamation. I would like to see more nonprofit funeral homes, and money taken out as the driving force of deathcare.

“For my own funeral I want to be taken to a natural cemetery and buried. Everyone can help drop the dirt back on top of me. Hopefully they’ll stay and have a picnic!”

Throughout your career as a mortician, have you ever had any paranormal experiences where you felt like you could somehow sense, or communicate with a deceased person? Or perhaps even an animal, like your cat? If not, do you believe such phenomena are possible?

Alas, I haven’t. I don’t think that the dead literally hang around post-mortem. How miserable would that be? I do think that ghost stories build up around our sense of guilt or shame about culture or a particular tragedy. The fact that we continue to see ghosts shows the emotional continuation that we have with someone after death. I just don’t personally believe there is actual consciousness or communication after death.

What are your wishes for your own funeral?
I would like to have my body laid out for about two days in my home. Anyone who knew me could come by, sit with me, get comfortable with my dead body. I hope my body can be educational in that way, as well as helping my close friends and family through grief. Then I want to be taken to a natural cemetery and buried. Everyone can help drop the dirt back on top of me. Hopefully they’ll stay and have a picnic!