Bart Ongering, better known as Meester (mister) Bart (1981, the Netherlands), is a Dutch teacher and writer. He teaches English at a secondary school in Amsterdam and has shared many extraordinary experiences he has with his students through his columns and books over the past years. Because of his warm and humane approach, Bart is the kind of teacher I wish I had when I was in school myself. I met him on a rainy afternoon to discuss the importance of talking about death with children, regardless of their age.

When you think of death as a concept, what does it mean to you?
Bart: Death is inextricably connected with life. It is life’s counterpart. It is the end of life, and it is something we will all have to go through eventually. When people die suddenly, or at a young age, we often tend to ask ourselves, why? But this is only because we can not imagine life without them in it. And at the same time, this is what makes death so intriguing.

What are your own experiences with death?
I’ve lost a few family members to cancer. My grandfather died when I was eight. I was just a kid and had no idea what cancer meant. My parents explained it to me as tiny creatures that inhabit your body. At the time, I thought of my grandfather as being old at sixty-three. But looking back at it now, I realize he was still pretty young at that age. And cancer has nothing to do with tiny creatures. It is a horrible disease, which returned to my family a couple times more.

My mother died when I was fourteen. Although she wasn’t ill for very long, we knew her death was approaching. Still, when it actually happens you find out you are in no way prepared for it. I slowly learned that death is not something that happens to old people, but that it happens to people who are ill and who are not always granted to live a long life.

How did you deal with the loss of your mother back then?
I am the eldest of four children. When my mother died, my father decided not to talk about it too much and instead continue on together. I was very closed off myself as well back then. This went so far that I even denied the entire fact about my mom’s death towards new friends. I would not tell them about it. If friends would visit me at home and they would ask me where my mother was, I would just answer she was out and would come back later. But she never came back. I just tried everything I could think of to escape my own pain.

“I don’t think age is tied to losing a loved one. It can happen to anyone, at any time. Children are people too, and they can experience loss at a young age.”

Death is something that seems surreal at times. It is a luxury to not have to deal with it. Until it hits you, and then you have no other choice. When it happened to me I initially ran away from the confrontation. But it always catches up with you. It cost me years, but after twelve years I was finally ready to be confronted with it.

Death requires acceptance. And knowing how to deal with grief. But this is something that is not written down as a guideline anywhere. It is something so personal and everyone has their own way of dealing with it.

What was it that made you accept it, twelve years later?
When I was twenty-six I discovered I still had not processed my mother’s death and I decided to go into therapy. This helped me tremendously. It was very intense though. I went to see my psychologist every Friday afternoon. On Friday night I wouldn’t be worth anything. But eventually it helped me to start talking about it and accept the reality of my mothers death.

Are you afraid of death?
No, I’m not. When I was younger I have been afraid to die, but I have never limited myself to being held back by it. I don’t challenge death, but I do live. I know from experience it doesn’t matter how careful you try to to be. When it’s your time, death will come.

You were a teenager when your mother died. How did the teachers at your school deal with this at the time?
They knew my mother was ill. My supervisor once told me I could talk about it with him if I felt the need to, but I must have answered something along time lines of, thanks but that’s not necessary. I did not talk about it with anyone. Not even my best friends.

After she died there was one teacher, my English teacher, who actually wrote me a letter in which she expressed her support. She must have sensed that regardless of my closed attitude she still wanted to let me know she cared and was there for me. I found this letter again when I was in therapy twelve years later and really appreciate my teachers effort. 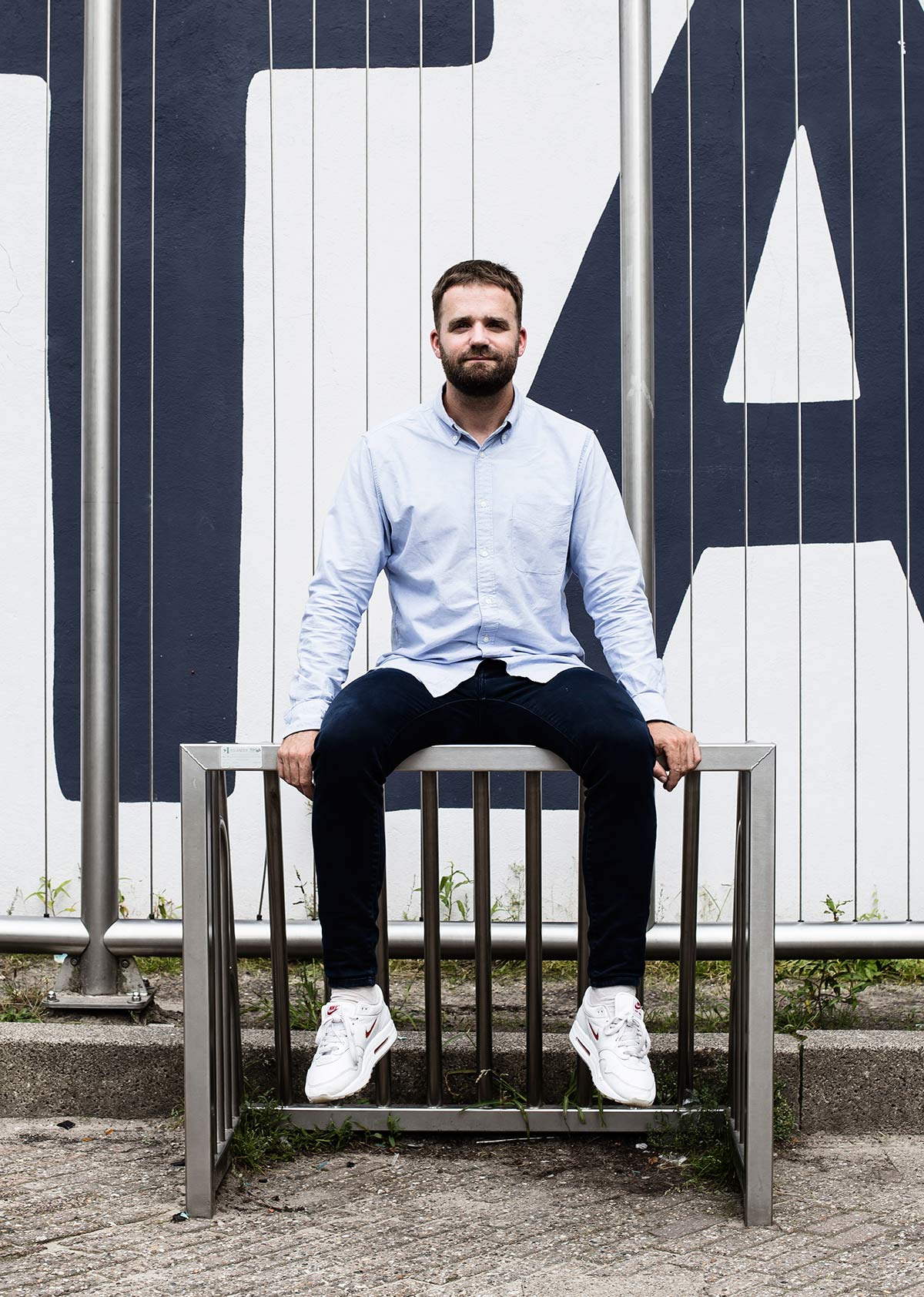 How do you approach your own students now when they are confronted with death?
Based on my own experiences I can easily see how children are often inclined to be closed off and not want to discuss the matter. And I respect that. But I do try to see through this and approach them when they are ready. I always let them know they can come to me and that I know it is very difficult. And I tell them my own story. Talking especially helps when the person is ready for it, and as a teacher you can never force this. But you can let them know you are there for them.

The subject of death isn’t included in teaching material in general. Do you this this should be a more integral part of education?
I know some schools have a protocol for situations where a student is confronted with death, and other schools don’t. I am surprised there are schools who do not cover this at all, because sadly, the death of a parent or even of a student is something that does happen. I also think teachers should be taught how to deal with these type of matters, so that they know how to act and help their students. It can be such a heavy burden for a child to walk around with this. It is essential for the teachers to create an environment where there is space to discuss this.

“Talking especially helps when the person is ready for it, and as a teacher you can never force this. But you can let them know you are there for them.”

People often think children are too young to talk about death and should not be confronted with it. What is your opinion about this?
I don’t think age is tied to losing a loved one. It can happen to anyone, at any time. Children are people too, and they can experience loss at a young age.

When a four or five year old loses their father, it is crucial to speak about this with them as soon as possible. I can not imagine a child ever being too young to involve in this. Children should not be underestimated, but taken serious at all times.

Did you ever experience the death of a student?
I did, once. I was quite inexperienced back then as I was still in the teacher training and this happened during my internship. A student died during the weekend and I had to inform the other students of this on Monday. It was horrible news to them, but I knew I had to be honest and tell them right away. Perhaps I wouldn’t have felt this need if I had not been confronted with death myself at that age. Just because something is difficult, it is not a valid reason to not do it. It is part of your responsibility as a teacher.

The same applies to teachers who are going through a process of grief themselves. I have a good example of this when I lost my uncle, to whom I was very close, five years ago.

I normally never miss a class but I had taken two days off to go to the funeral and was having a really difficult time. When I returned to school, even before I entered the classroom, a student came to me and asked me what was wrong. He could tell something was up, just by looking at me. I told him I would explain during class. Once everyone sat down I told the children what had happened, and that it was possible I would be a bit emotional that day. After this group talk, the student who had approached me before class came to me, put his hand on my shoulder and said, ‘Mister, if you feel like talking about this, please know I am here for you.’

This gesture was so incredibly beautiful. To be a twelve year old and have the courage to tell this to a thirty year old adult, that takes great courage. And it is another example of how you should never underestimate a child.