Amy Haslehurst is a visual artist from Australia, currently residing in Iceland. Through her photography she captures the otherworldly magnificence of the Icelandic landscape and combines this with influences of old dark folklore, to tell stories that often touch upon the subject of mortality. I asked Amy about her own experiences with death and how her ideas inspire her art.

What is the first thing that comes to mind when you think of the word “death”?
I suppose what comes to mind is a very large, silent, ever-present shadow. It’s as synonymous with life, yet existing in it’s quietness at a safe mental distance to most, subtly reminding us of its presence in cemeteries, great works of art, the browning of leaves, and in our bodies as we age. 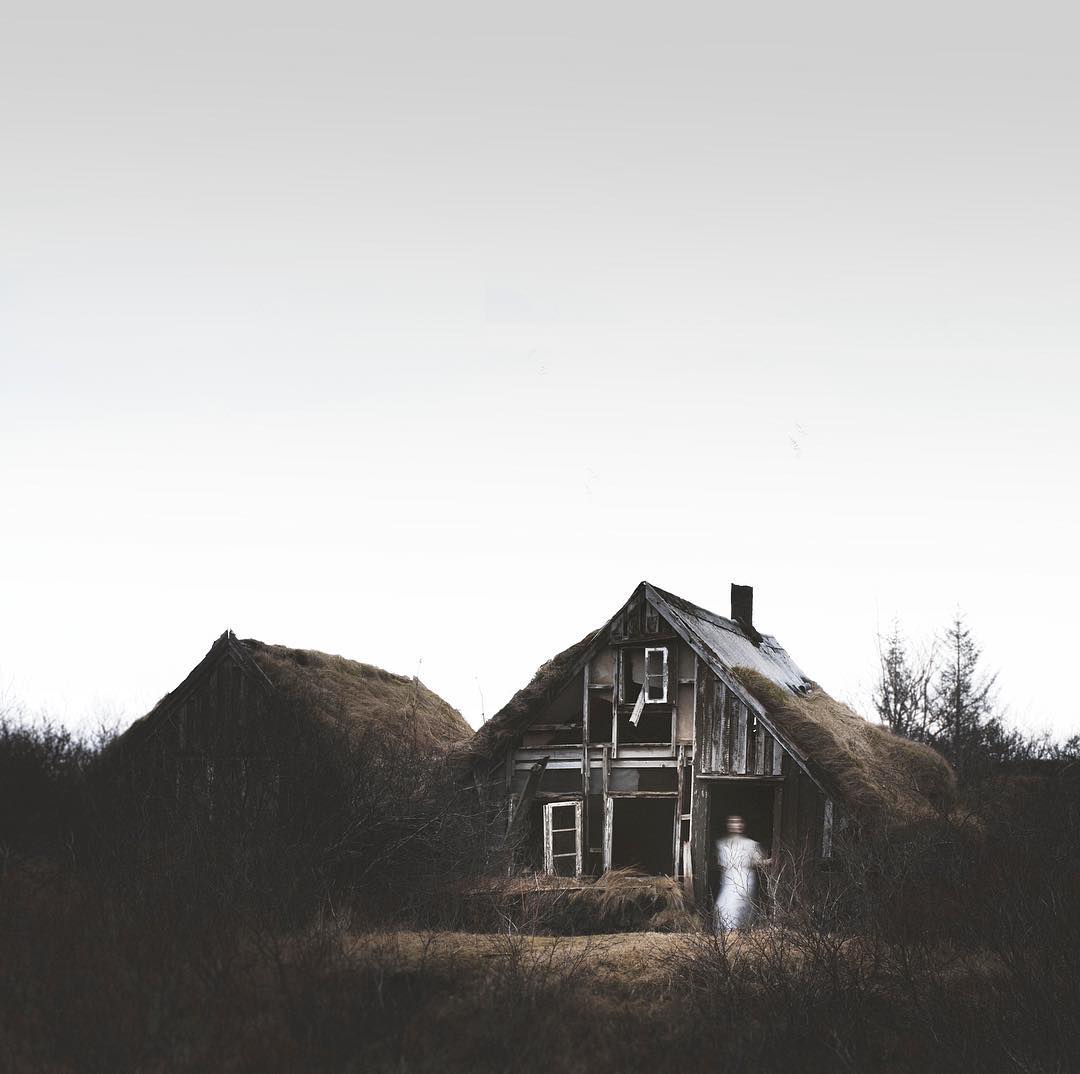 What are your personal experiences with death?
Most people in my life who have died have reached that end due to self-destruction. None of them were particularly close to me. Accompanying that was an aura of denial and inwards processing, as nobody wanted to talk freely about it. This tendency to internalise such incomprehensible tragedies and the array of emotions that follow really create a kind of festering in the mind. It wasn’t until I experienced a point of self-destruction myself that I became close enough to death to understand and almost befriend it.

Such experiences are like small deaths in themselves, and who you are after them is a rebirth. Nothing is the same again. After that it shadows you closer than before, or at least you come to notice the shadow following you around. It’s such a present reality in my everyday thinking that I find myself almost memorialising meaningful moments as they are happening – I’m watching the aurora dancing and at the same time remembering the aurora dancing with nostalgia and sadness on my deathbed or in old age. 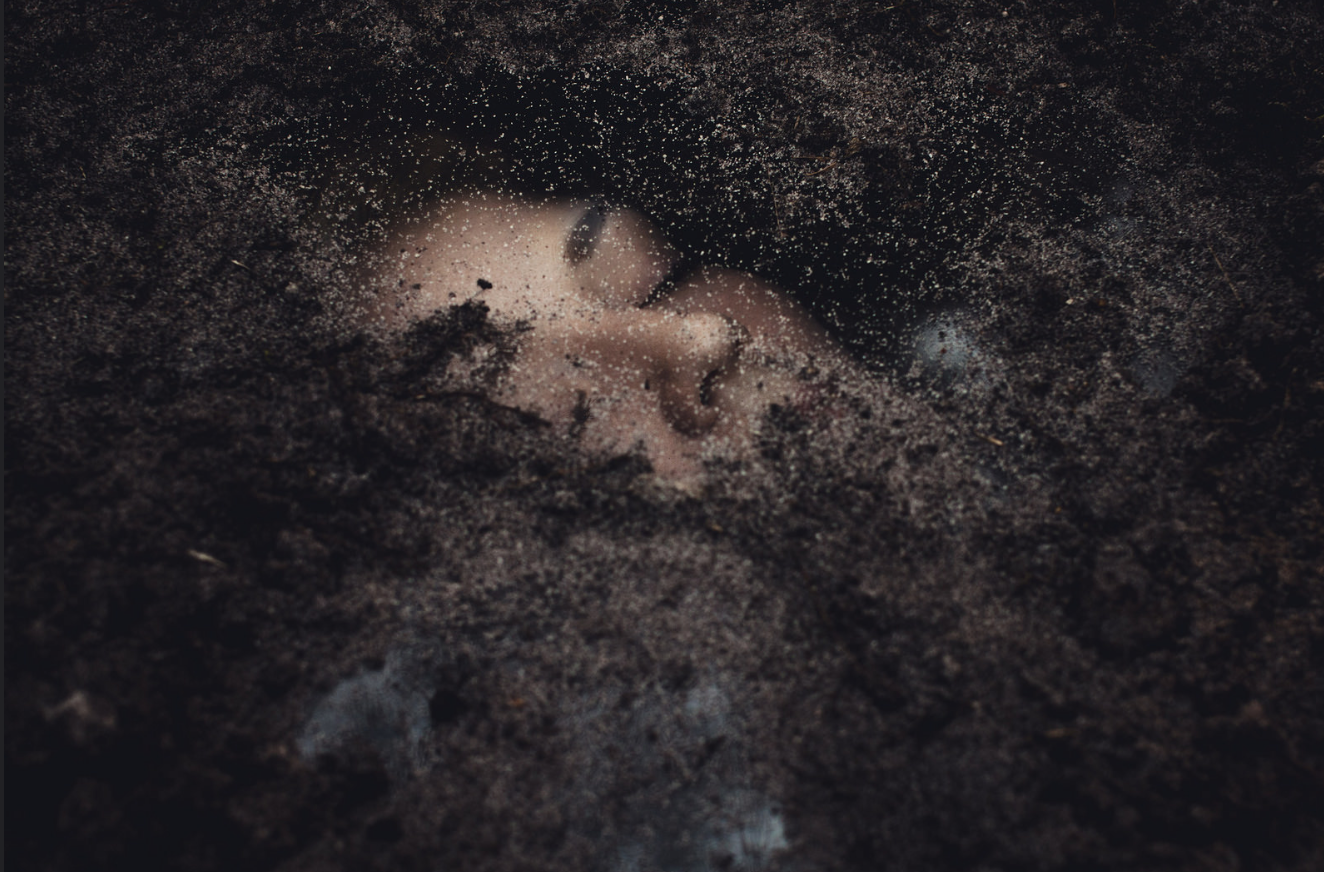 What does death mean to you?
As humans, we strive to rationalise and understand everything, attaching meaning and reason to what we don’t know – a sound we cannot explain, or a shape in the doorway. But I think mystery is what makes life most beautiful.

I’m open to any interpretation, but the concept I like most I came across while reading the Tibetan Book of the Dead, which begins by debunking any western idealisation that death is a ‘peaceful sleep’. It basically says, “No sorry, you have many lives to go!”
It stresses that we must accept and prepare for our death in order to die properly in a kind of elemental sequence – fire, wind, space, into nothingness. It’s very beautiful. Death is a necessary and exquisite evolution to me that allows for new growth. 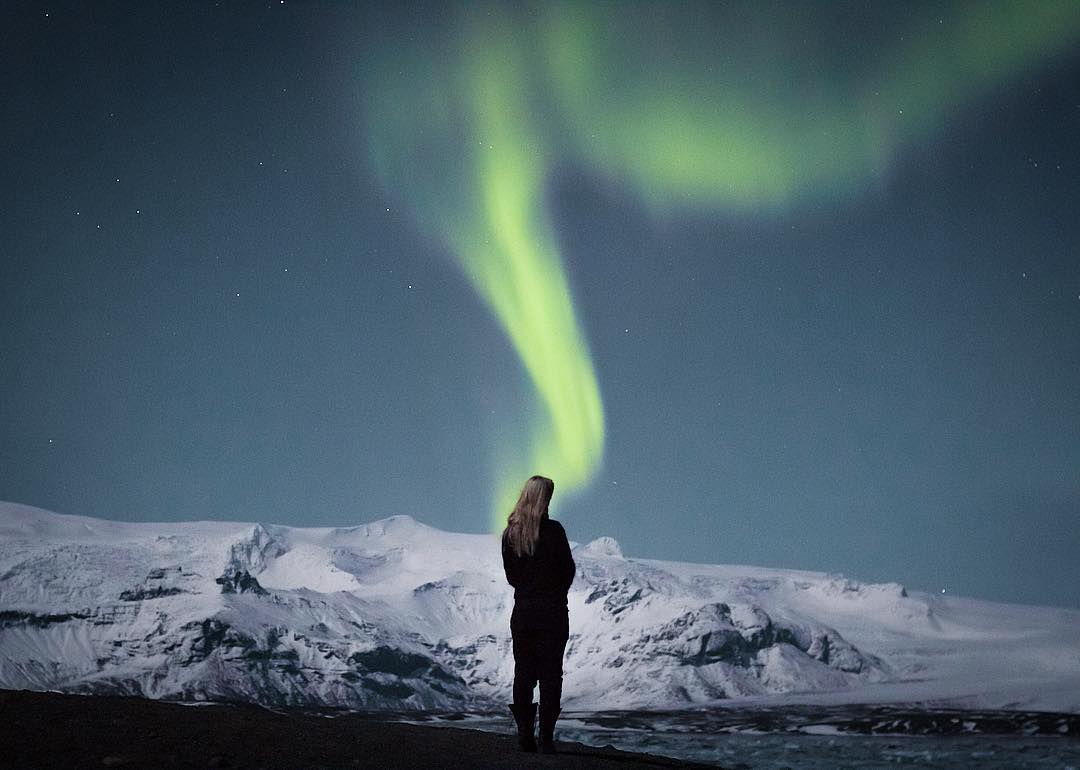 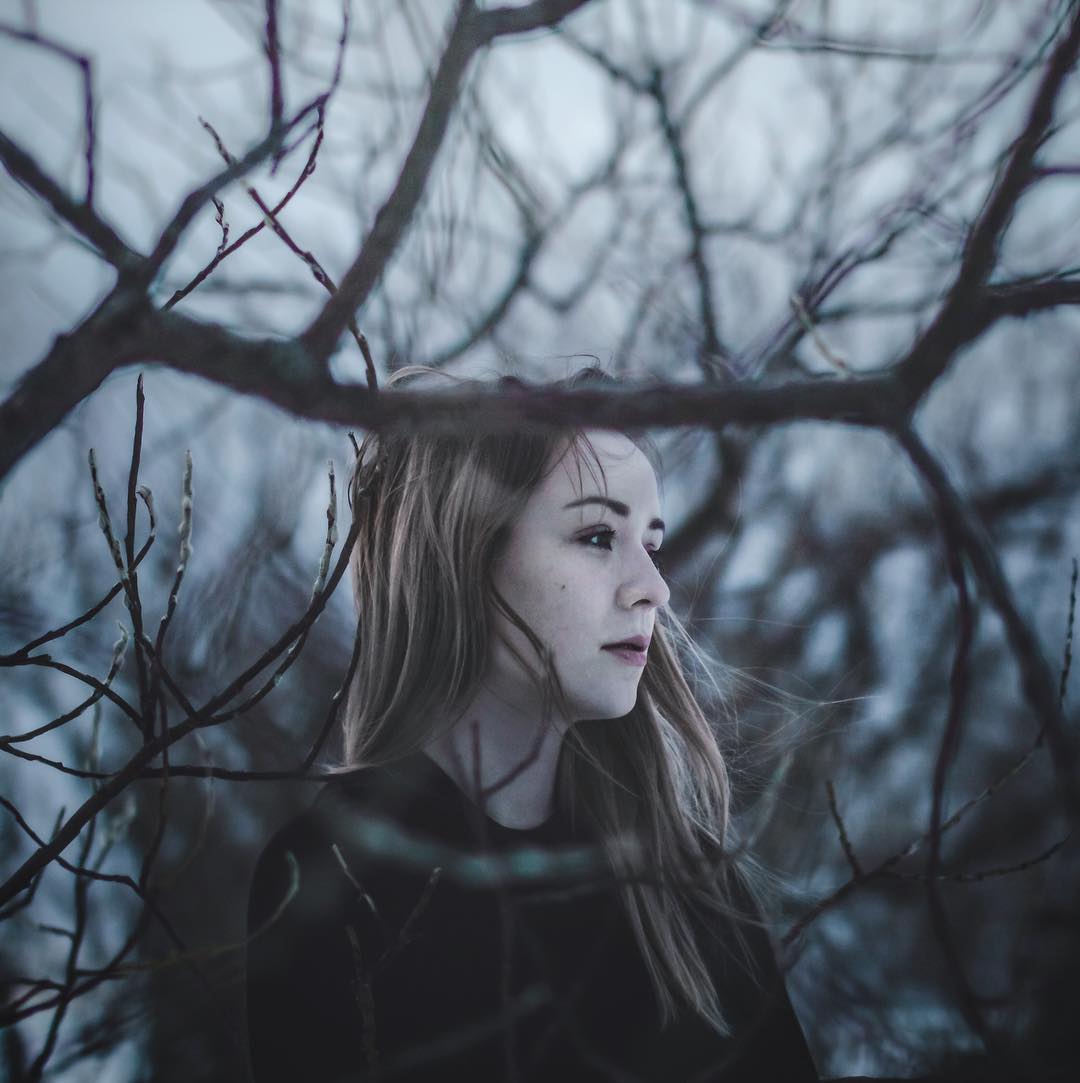 Have you ever been in contact with a deceased person or experienced anything paranormal?
I have a keen interest in all of this, but sadly have not had a relevant experience myself. The closest I’ve been was a few years ago at the base of a mountain in Southern Iceland, where I discovered a kind of ritualistic book that had been left in a hidden cave. For two years this black book had been wedged in a cave wall, sodden and calcifying with worms eating it, and it spoke of dark energy with eerie imagery of Icelandic landscapes – a project I later discovered was made by artists. Intrigued, I had taken a page for myself and returned the book, walking back out of the cave and to the car. A massive bolder fell moments later, crashing upon the spot I was standing moments prior. 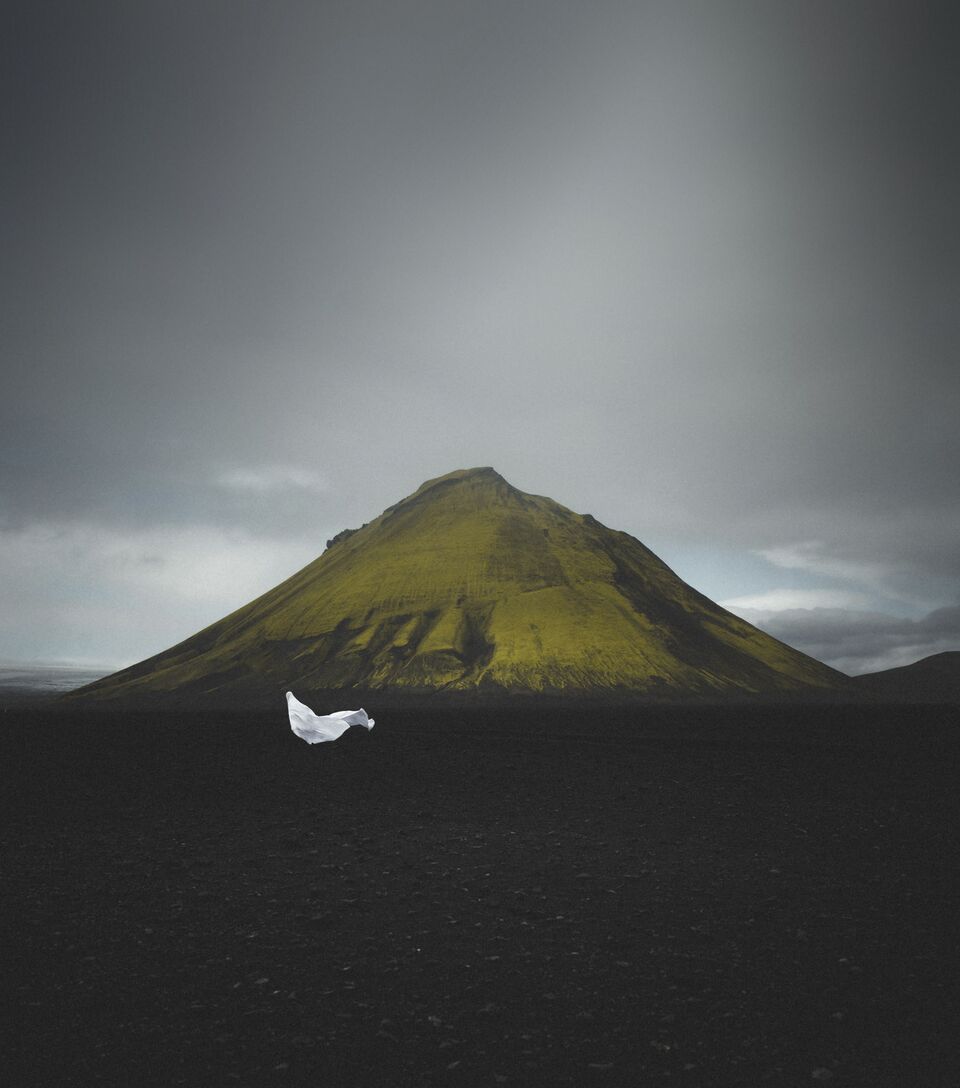 You grew up in Australia and currently live in Iceland. What are the biggest differences between these two places in terms of death culture that you’ve noticed?
I think the culture and treatment of death is the same, despite being on opposite sides of the world. However, the reaction to death in Iceland feels much larger than Australia. Partly because the country is much smaller, but also because crime and violence aren’t everyday occurrences. We have a murder rate of 1.5 per year in Iceland, whilst in Australia you seem to be met with constant headlines of violent deaths and horrors unimaginable, which after time become desensitised to you.

I noticed this most after the murder of an Icelandic girl my age last year, who was abducted mere metres from my street and was found dead at a beach a week later. The entire country was in disbelief and mourning and thousands paraded the streets in her honour. It affected me profoundly.
The other thing that comes to mind is that Icelanders adorn cemeteries with Christmas lights in December – individual crosses are lined with blue and red lights. It is such a delight to see. 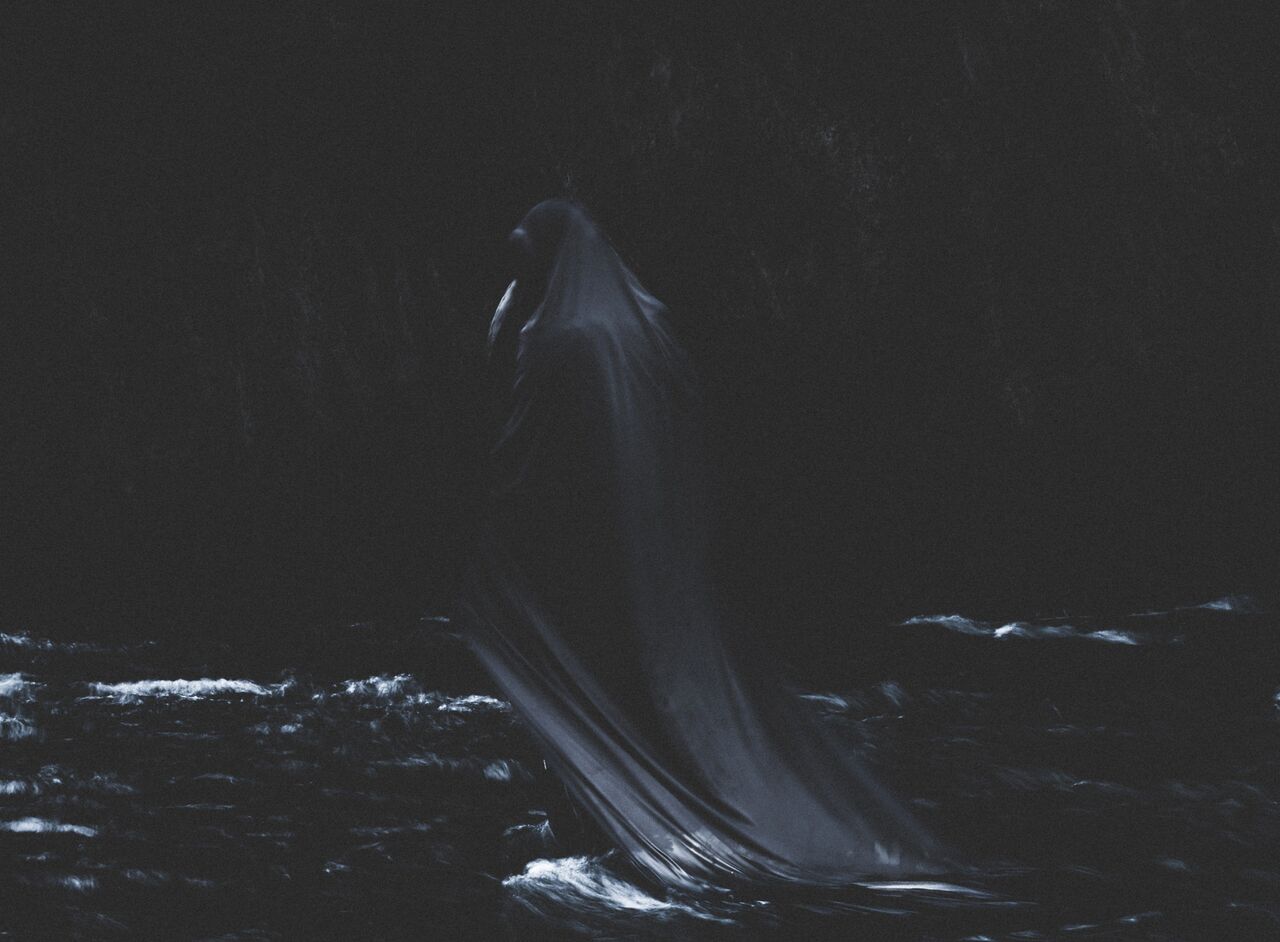 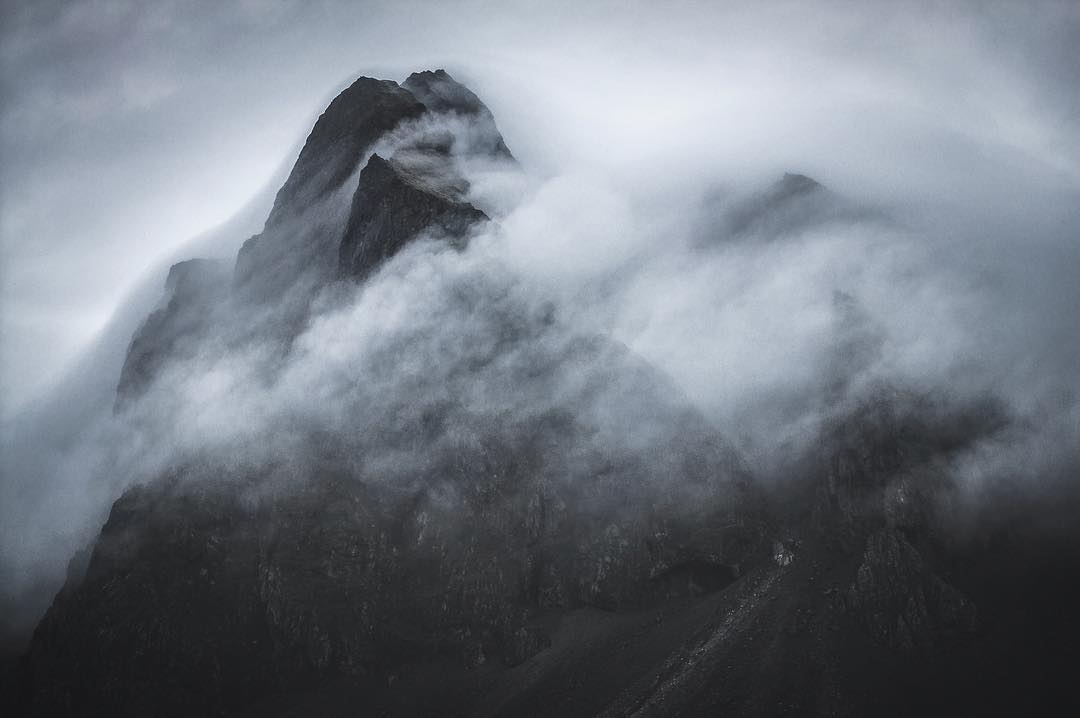 Your most recent work is inspired by Icelandic ghost stories. How do you personally connect with these stories and what do you find most intriguing about them?
Iceland’s rich folklore is very intriguing and beautiful. The most captivating thing about it is that the stories are shared throughout generations to this day. Each family may have their own unique ghost story experienced by their elders. A vast number of people here truly believe in the paranormal and the existence of otherworldly beings, which is something I very rarely encountered in Australia.
I’ve been focusing on the female ghosts in Icelandic folklore, which fascinate me because of the tragedy surrounding their ends which turns them into spectres. They are never just evil, but tangible people who were dealt very tough hands in their lives.  It’s a common theme throughout Icelandic film and literature especially. A sense of deep melancholy and tragedy, a great love of the misunderstood protagonist or classic crime story, which is almost funny as there is almost no crime here.

To what extend do your own thoughts about death and mortality influence your art?
I think the theme of death is the overriding theme of most of my works, and I find it makes a lot of people uncomfortable. It makes my family squirm, but they are good enough to tolerate it and help me out with some of my more precarious photo shoots.
While studying art and photography in university, my major projects were heavily themed on the stages of dying, Victorian post-mortem photography and black and white cemetery studies. Part of this stems from the will to process and come to terms with my own feelings of death, and partly from the desire to throw uncomfortable realities into the faces of others.

It saddens me that photography as an art form had only just begun to be taken seriously as one and so quickly has it disintegrated. I think a lot of us have begun clawing at old methods, like trying to get back into the darkroom or seeking other sources of inspiration to escape the idealised social media photography trend, like we are trying to keep the belief alive that this medium has meaning beyond the function of making somewhere, someone or something look nice.
I believe in the quote “Art should disturb the comfortable and comfort the disturbed”. My choice to attend art school and many of my attitudes towards death were heavily influenced by the series Six Feet Under, a show about a family-run funeral home. 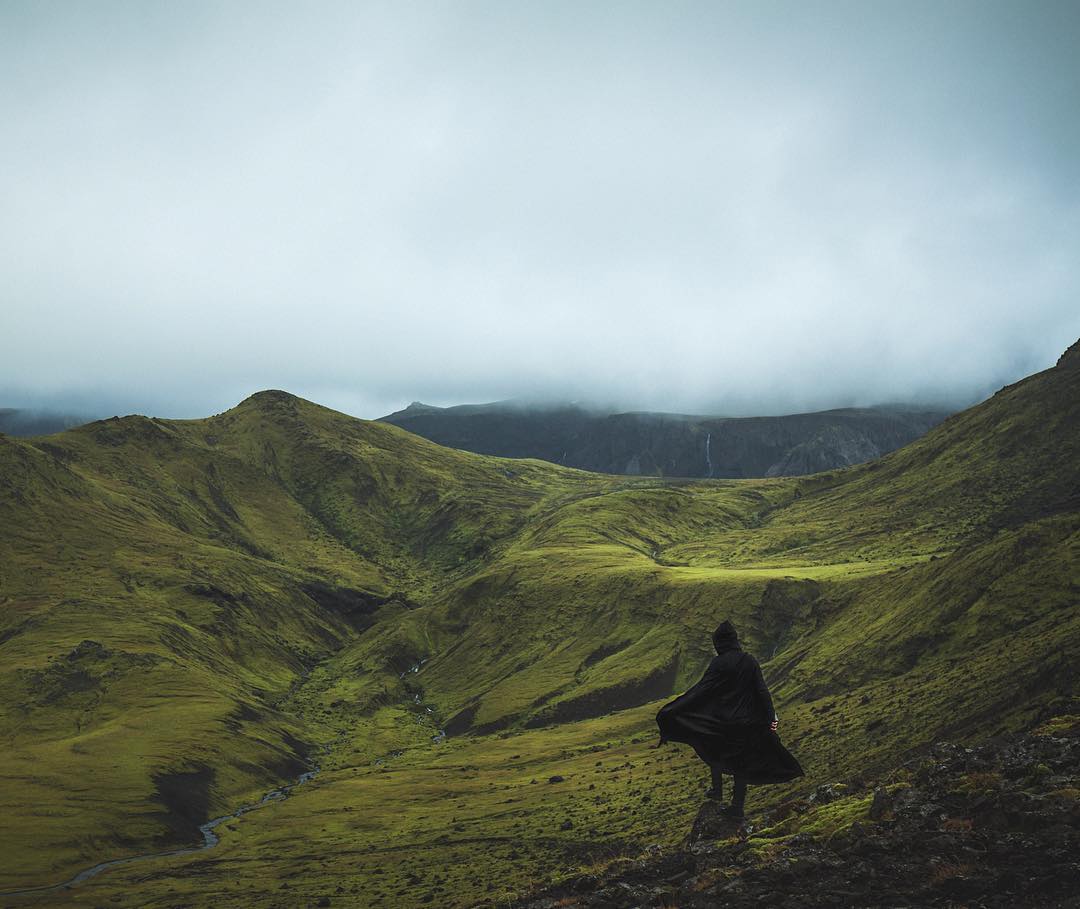 Are you afraid to die?
I wouldn’t say I’m completely one way or another with this. My initial answer would be no, it’s a comforting thought for me. After twenty minutes or so of contemplation however, the full extent of the reality of this brings forth many anxieties. Then, a calmness washes over me as I remember my spiritual teachings. “Death is like taking off a tight shoe,” Ram Dass says. Eastern philosophy and individuals like Ram Dass and Alan Watts have opened my mind to alternative perspectives on death, and they are truly who I owe my sanity to today.

How do you envision your own funeral?
I would like to be placed in the earth, if a green funeral was a possibility. In terms of the service, I would love for there to be a play- through of the songs that meant most to me in life. Of all art forms, music has been the one to move me the most. Just half an hour of silence to listen to Elliott Smith and the piano works of Dustin O’Halloran would make me happy.