German artist Alexander Binder was born under the perfect morbid circumstances: on Halloween night, in the midst of the famous Black Forest in Germany. Drawing his inspiration from symbolism and the occult, the self-taught photographer uses vintage lenses and other optical accessories to manipulate reality and capture its shadow side. I asked him about his experiences with death and how the subject of mortality influences him.

What is death to you?
Alexander: From my point of view, death is directly linked to the concept of an individual consciousness. Some years ago I heard about an interesting theory that captured my attention. It plays with the idea that our human brain is not the generator of consciousness. According to this theory we are some kind of ‘receiver’, like a web browser. Most of the time we are downloading information, but during our lifetime we are also contributing to the web. By writing an article, doing an interview, or sharing a photograph, we upload moments of our individual perception to this huge cosmic web of information.

So this could mean that with the death of our physical body, our possibilities as an individual also end. We can’t contribute to the web of ‘cosmic consciousness’ anymore, but some of our personal ideas remain in this endless sphere of information.

A meeting I had with a Rinpoche teacher inspired me to read the Bardo Thodol (or Tibetan Book of the Dead). I was very inspired by the concept of rebirth. I don’t believe in the literal sense of the word, but I believe there’s a chance that certain information or ideas that are now a part of me, might resonate with future beings in the material world. 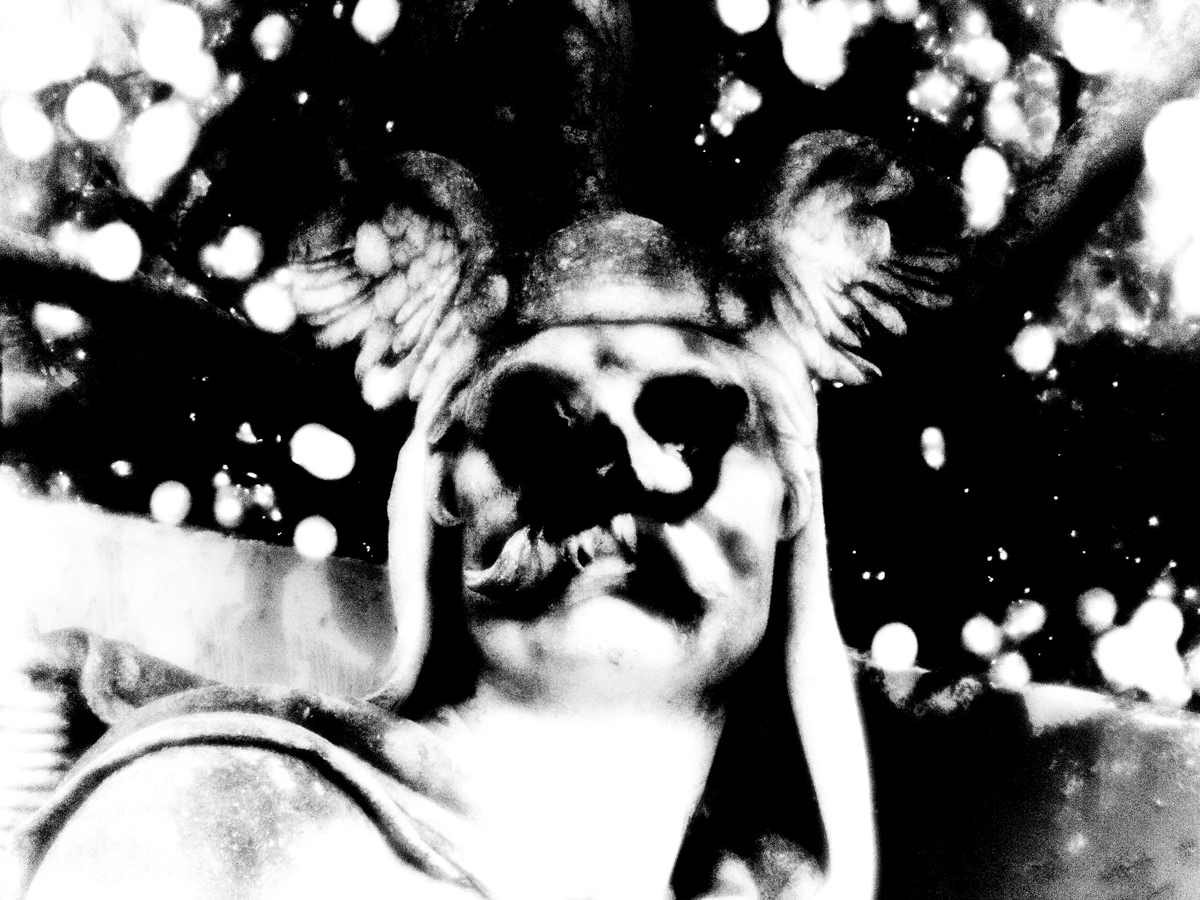 What are your own personal experiences with death?
Beside the pain of losing relatives and close friends, I once had a very personal experience with death. As a young teenager I suffered from a terrible cold. After several weeks, my physical condition got worse. Several doctors made different diagnoses but none of them recognized the serious pneumonia I suffered from. Six weeks later I ended up in the hospital and some of the medical staff spoke about the possibility I would not survive this infection.

How did this experience influence your life or the way you perceived it?
What I learned during these long weeks is that the process of dying is not really frightening for the person affected. As the pneumonia progressed, my entire body became weaker and weaker. After a month I just didn’t have the power to get upset, angry or scared anymore. It almost felt like a deep state of meditation.

“When you are hanging out in the woods you are constantly confronted with life and death. It’s a continuous mix of evolution and decay that keeps the forest alive.”

Has your perception of death changed over the course of your life?
Not really. I grew up in a very liberal environment and wasn’t forced to believe anything. The shelves in our house were filled with books about the world’s major religions – but also with books about Egyptian pharaohs, extraterrestrial life, the afterlife, UFOs and unsolved mysteries.

In addition to that, I developed a vague idea about human existence as a teenager. The only thing that evolved over the course of my life, is the amount of time I spent on studying these topics. I discovered thinkers of other disciplines, who enriched the discussion about death substantially. For example, I love the idea of quantum physicist Hans-Peter Dürr, who said our material world is embedded in a much larger ‘otherworld’.

You were born on Halloween night in the German Black Forest. Do you think these slightly macabre circumstances shaped you as a person?
Halloween wasn’t a big thing in Germany until recently, when bars and pubs discovered it as a party theme. I am not sure if my date of birth really shaped me as a person.

However, I am convinced that the Black Forest, especially its cultural assets and nature, has had a strong influence on me. When you are hanging out in the woods you are constantly confronted with life and death. It’s a continuous mix of evolution and decay that keeps the forest alive. 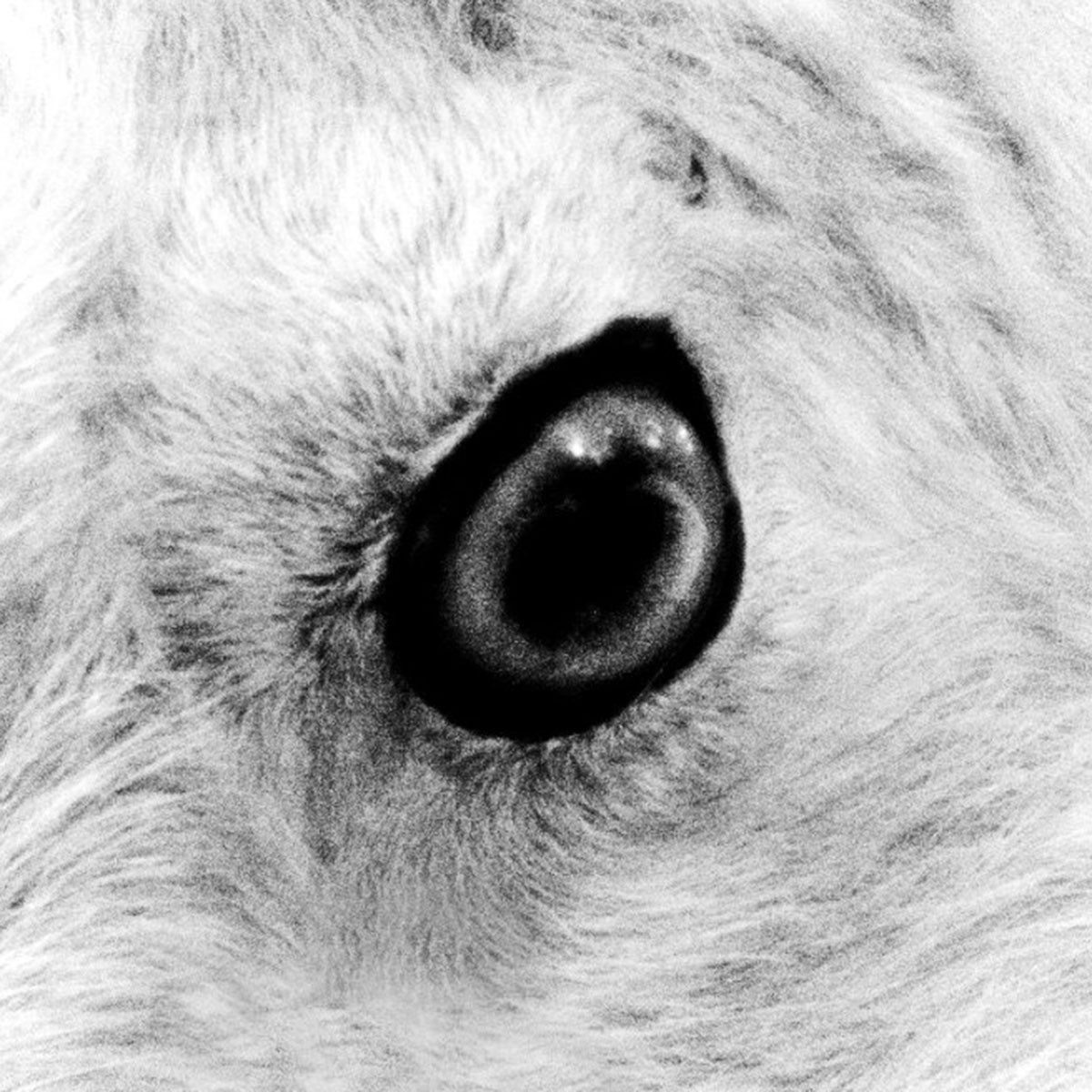 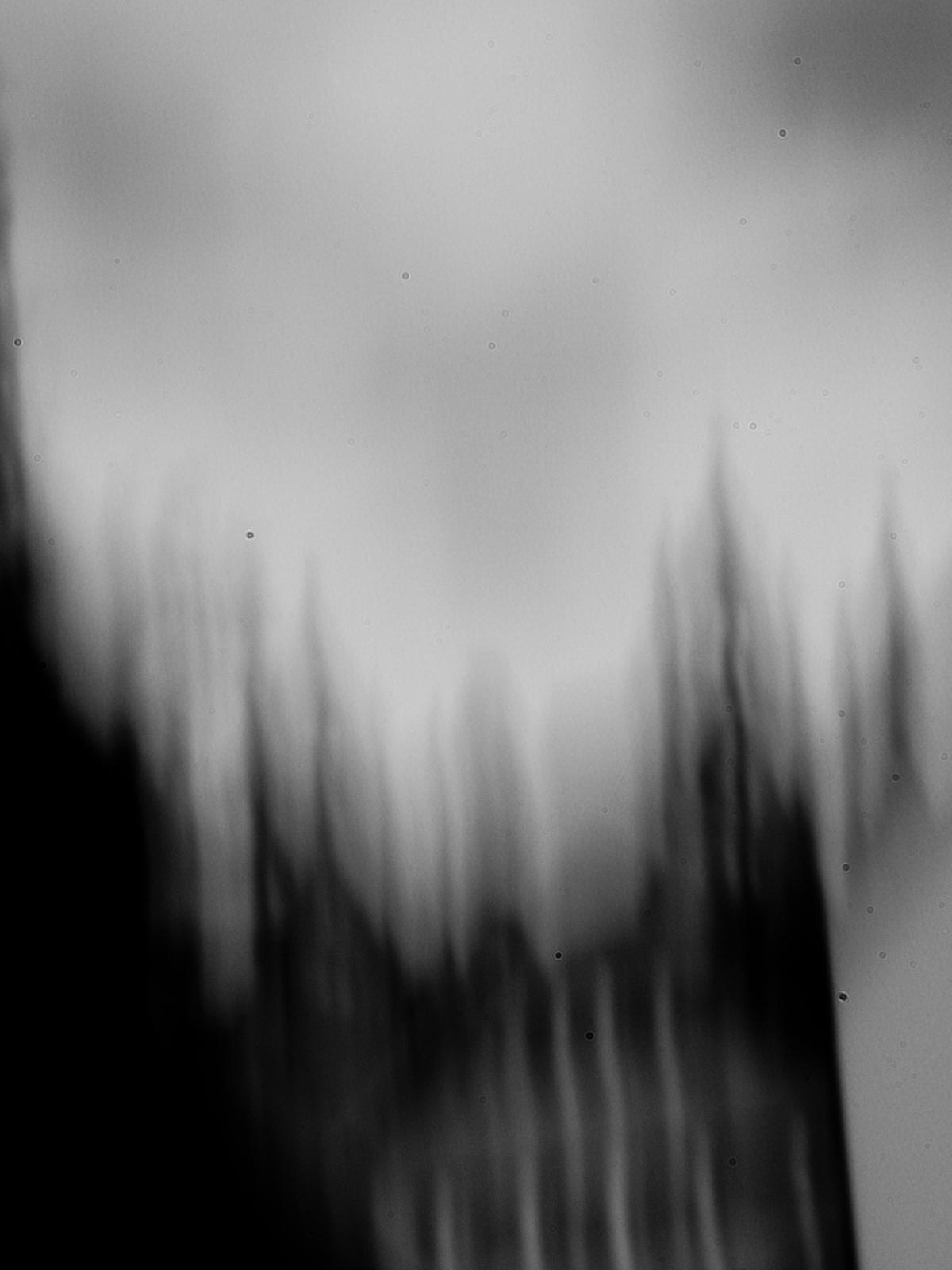 There is a dark, almost nightmarish theme that runs through your art. How do existential and occult subjects inspire you and how do you integrate this into your work?
I always thought that our perception of the visible material world does not reflect the complete truth. Many people who are are described as ‘occultists’ share this believe. Thus it wasn’t a big coincidence that I started to delve into all things mystic and occult. The more I read about this, the more it became part of my life – and also my art. I do not actively integrate these themes into my work. At least I don’t consciously think about it – it just happens automatically.

Have you ever been in psychic contact with a deceased person or experienced anything paranormal? If not, do you think this is possible?
It would be great, if it were possible. But I think we should not expect to see a dramatic Hollywood-like scene, with bizarre light beams, otherworldly sounds and three-dimensional ghosts.

In a way, we are constantly in contact with deceased people – artists that died long before I was born influence my current work. I interpret their writings, I look at their paintings and photographs, I try to understand their way thinking. Sometimes I even have the pleasure to listen to their voices from an audio recording. For people in the Middle Ages this would certainly have been a magical (or diabolical) experience.

“It would be amazing to have some grams of my ashes on board of a future space probe. What a wonderful idea, to travel on an endless journey through time and space.”

Are you afraid to die?
I am in my late 30s now. I’ve had the pleasure to work together with a bunch of truly inspiring individuals from all over the world throughout my life. If I died today, a lot of my projects would never be finished. But as I’ve already had my fair share of time in the material sphere, I am not too afraid of dying. Honestly, nowadays I am sometimes more afraid to live. 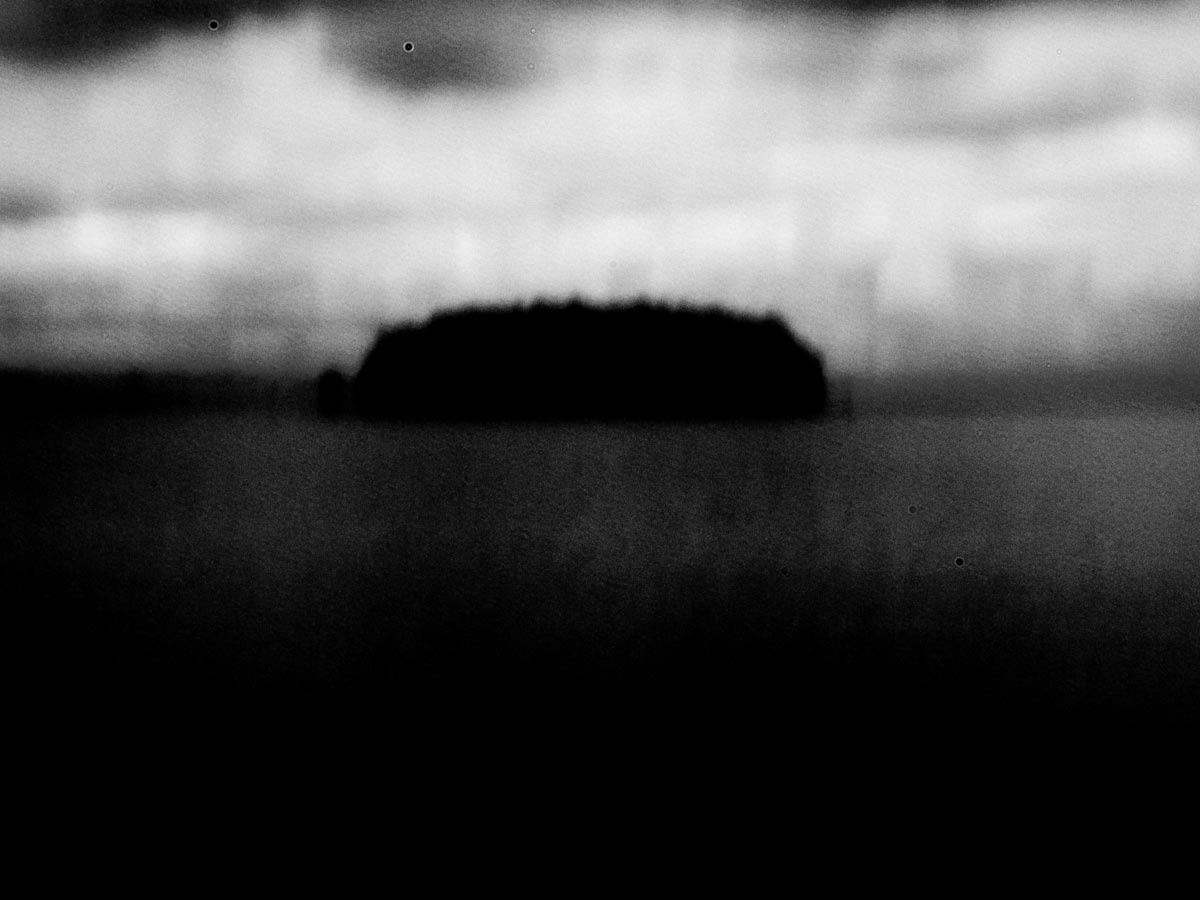 Can you explain what it is that makes you afraid to live sometimes?
We live in a pretty unjust world. The distribution of wealth is very unequal within most countries, but also across the planet in its entirety. Sometimes the Western world feels like the Roman Empire in its last centuries to me. We are constantly in a state of war and send our legions to countries far away, while the masses are kept happy according to the motto ‘panem et circenses’ and get offered food and entertainment, instead of being motivated to discuss a necessary structural reformation. I guess it is a very fragile world that we live in, and a dystopian future might become a reality much faster than we think. The daily news often reminds me of an eclectic remix of 1984, Brave New World, Fahrenheit 451, Burgess’s A Clockwork Orange and Mad Max.

Do you have any ideas or wishes for your own funeral?
In 1977 NASA launched the Voyager space probes. The idea that a man-made object passes all the planets of our solar system and enters interstellar space has always stimulated my imagination. It would be amazing to have some grams of my ashes on board of a future space probe. What a wonderful idea, to travel on an endless journey through time and space. Unfortunately it is a bit expensive and there are not too many funeral homes that offer this type of service, but it sounds much more exciting to me than throwing my rotten body into a hole in the ground behind a church.