Last year when my mother died I remember wondering how the process of grief would unfold for me. I had the idea of writing an assessment of this a year later. Today, one year and a couple weeks after the day she died, I will share my experiences with you. Of how the difficult memories have slowly shifted from dark to light and how the beautiful ones have found their way back into my thoughts.

When a person dies, the absence of their physical presence leaves a hole in our reality. We can not see them anymore, or hug them, have dinner with them, or pick a fight about something silly with them. We can’t even call them on the phone to share the random events of the day and clear our heads. We can’t reach them, because they’re gone. It takes time to adjust to this. It takes time to accept this new reality, of which they no longer are a tangible part.

When my mother became terminally ill, and my father had already passed away years earlier, I knew there would soon be a morning where I would wake up and not have any parents anymore. But knowing something is going to happen does not necessarily prepare you for it. Even if you try to prepare yourself for dealing with death and loss the best you can, life still happens on its own accord.

Clearing Out My Parents’ House

After the funeral there was one big task ahead that nobody was really looking forward to: clearing out the house of my parents and making it ready for a new owner. In Sweden they have a word for this: “döstädning”, and have lifted it up to “the art of death cleaning”.
The concept of döstädning is that once you know you are nearing death, you start clearing out all the material objects you have collected over the years. It gives both the dying and the people close to them a sense of control and peace, knowing they’re not leaving a mess behind and objects of value will not end up getting lost. However, us Dutchies here in the Netherlands have not quite mastered this art yet.

My mother’s house was like a tiny museum. Besides the decorative objects like porcelain dolls and weird little cat statues it included a lifetime worth of ancient administration documents. Some random finds: a phone book from the 70’s, toothpaste of a brand that went out of production half a century ago, and sealed packages with batteries that don’t fit into any modern device. Even most of my father’s belongings were still there, including his entire wardrobe.
Together with my siblings it took us two weeks to sort everything out. After dividing some of my parents belongings between us we donated most of the other items to goodwill, and part of it simply ended up in the trash.
It’s a strange realization that the objects a person surrounds themselves with, and which hold great personal, emotional value to them, can so easily be discarded after they’re gone.

“Our parents once were children too. Innocent beings who grew older and had children of their own. They became the living examples who raised us, while growing even older, and then died, just as we in turn will die as well.” 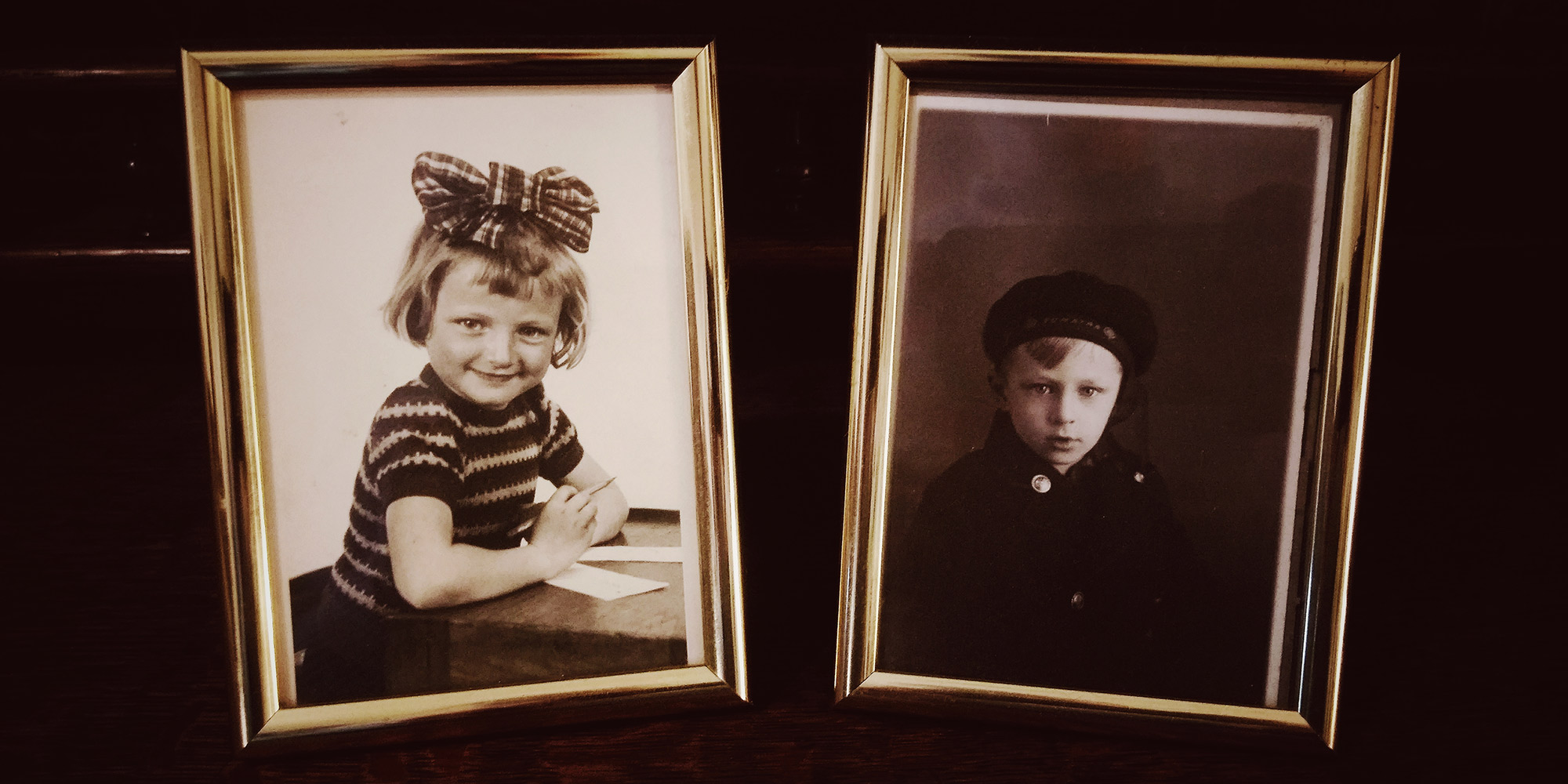 One afternoon while we took a break from cleaning and were having lunch at the house, my eldest sister pointed at the window and exclaimed: ”Look! It’s mom!”
Outside on the balcony sat a white dove, with its tiny head tilted toward the group of spectators on the other side of the glass. I did not necessarily identify that bird as my mother, but my sister felt it was her somehow: our mothers spirit had been embodied in a pigeon, flying over to the house to check on us.
Later that day my sister told me she had had other paranormal experiences which she interpreted as visitations. Sometimes the cupboards in her kitchen would suddenly fly open she said, “as if mom was stopping by for tea”.

My mother was the kind of woman who believed there was more to life than just this reality we normally perceive. She would sometimes talk to me about angels, babble in a soft mysterious tone about having premonitions of the future, or make jokes about her hands having a special healing ability.
Contrary to what I expected, after she died I haven’t had any type of psychic experience related to her. I have not heard her voice after she passed. I have not felt her presence. I have only had dreams and nightmares, which I think are a logical way of how the subconscious mind processes traumatic experiences.

A shift in dreams and memories

As I wrote earlier in a piece about processing grief through death-related dreams, when death takes place in our reality, we tend to dream about this specific death a lot. In the months following my mother’s death I had a lot of dreams involving her and the events around her death.
Some of these dreams were nightmarish, in the sense that they covered the traumatic parts. I would dream about the way she looked during her final days, about her physical and mental fight, even about her body being buried and slowly decomposing. But never did I awake with the feeling she had reached out to me through my dreams. I always knew they were of my own subconscious making.

Besides these astral experiences in the months that followed her death, during the daytime my mind would often drift off to the memories of what she had been through. This was my conscious way of grieving. And it is exactly how I’ve heard other people explain it so often: you can not predict or control the way you grieve. For example, I did not cry a single tear during the funeral itself. But a couple weeks later when I heard a coworker casually talk about how she had visited her parents that weekend, tears suddenly welled up in my eyes.

During the first half year after her death, I would often think about her and I would take the time to explore these thoughts. I would allow myself to feel whatever emotions would arise. I would cry as much as I had to.

As the months passed, the frequency of these thoughts became less, as well as the intensity of the sadness they carried. Instead, I noticed the weight of my sadness become lighter. I started remembering other things about her, things that had nothing to do with her death. I remembered her sense of humor and the inappropriate jokes she would sometimes make. I remembered the things that made her happy, like spending endless afternoons at a flea market hunting for treasures and eating apple pie afterwards. I remembered her beautiful smile and her face again. Not her dying face, but her radiant, living face.

It takes time to process the loss of a loved one. How much time and the exact way we process this, nobody can tell us. I can still get sad when I think about specific things relating to my mom and her death. There were moments when I was scared the impact of my mother’s death would be too heavy on me, and the painful parts of it would turn into ghosts that would forever haunt me. I am grateful to have learned that these ghosts have been guided towards the light of my other memories of her. Together, we have set her free.

Our parents once were children too. Innocent beings who grew older and then had children of their own. They became the living examples who raised us, while growing even older, and then died, just as we in turn will die as well. Time is really nothing else but the ever-expanding present.