Earlier this month I visited Oberhausen for Acherontic Arts festival with my friend and partner-in-crime photographer Nona Limmen. We had one day left in Germany after the festival and decided to visit the nearby city of Duisburg. Now to be honest, Duisburg itself wasn’t very impressive, but it did turn out to have an epic cemetery! 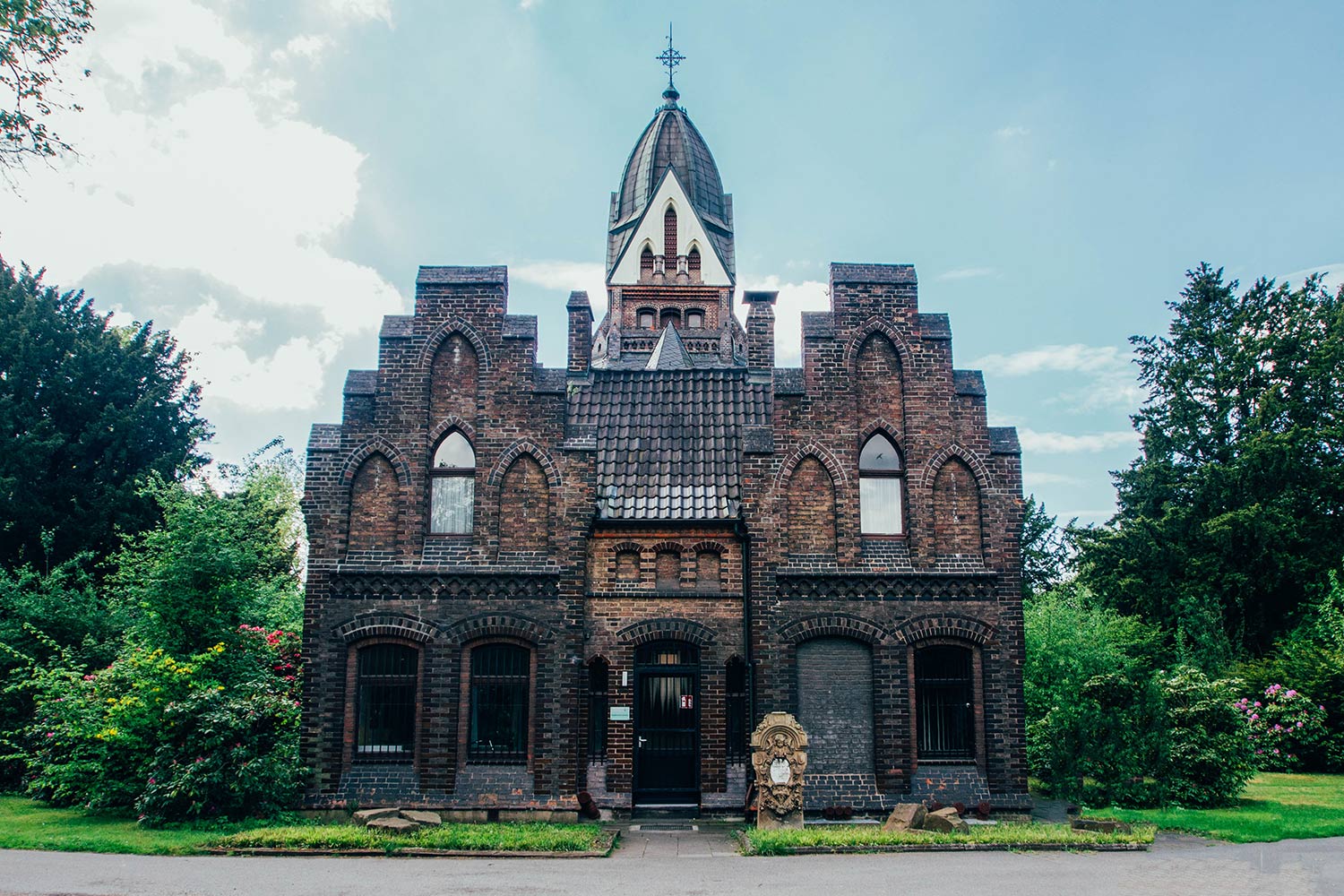 Cemetery Sternbuschweg is located on the outskirts of town. The first thing that caught my eye when walking through the gates was this gorgeous Neo-Gothic chapel. It was built in 1874, got partially destroyed during WWII and was rebuilt in 1948. Nona captured me in this perfectly awkward pose while I was trying to get ready for a shot on the stairs, but this one actually turned out better.

Let’s check out the graves! 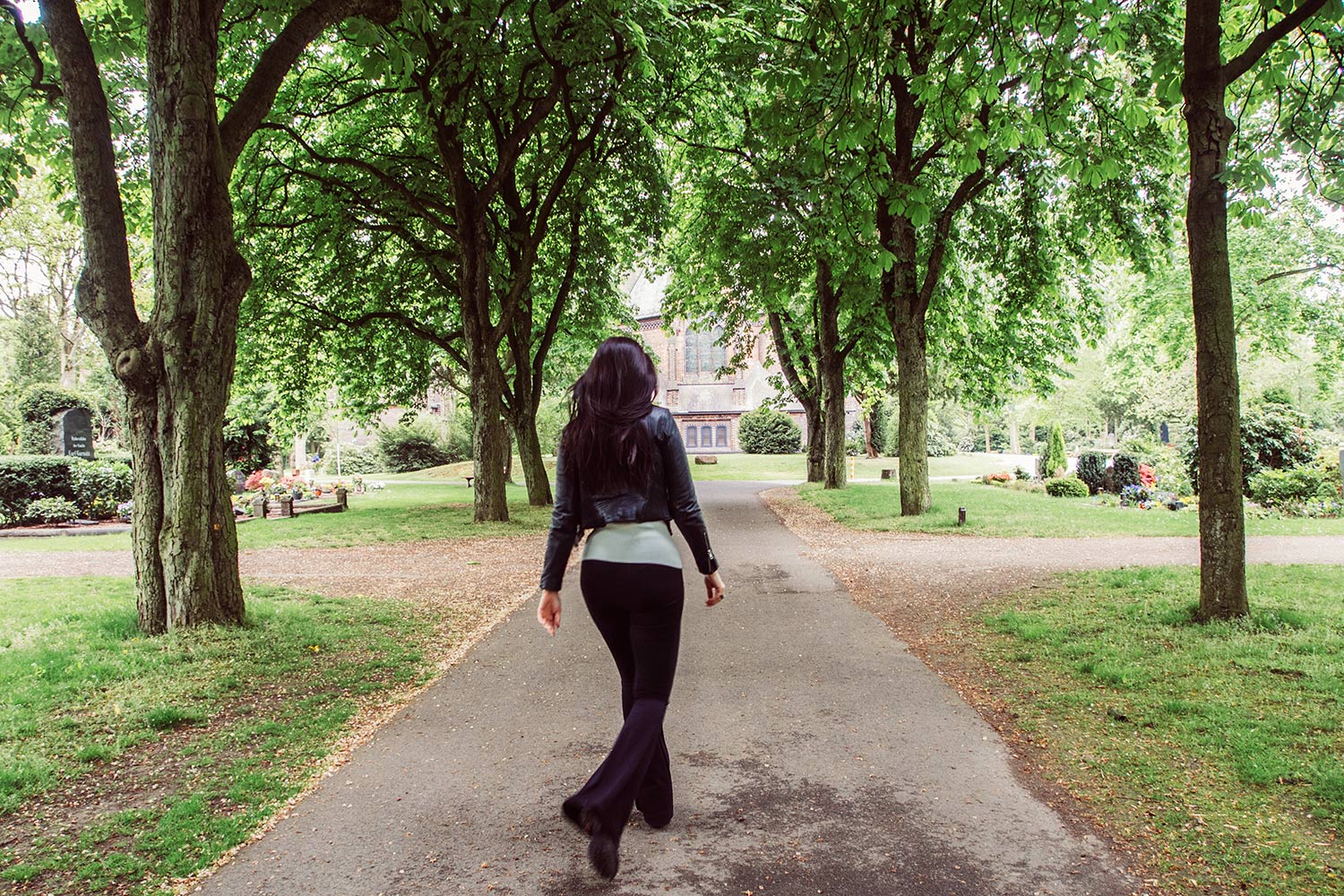 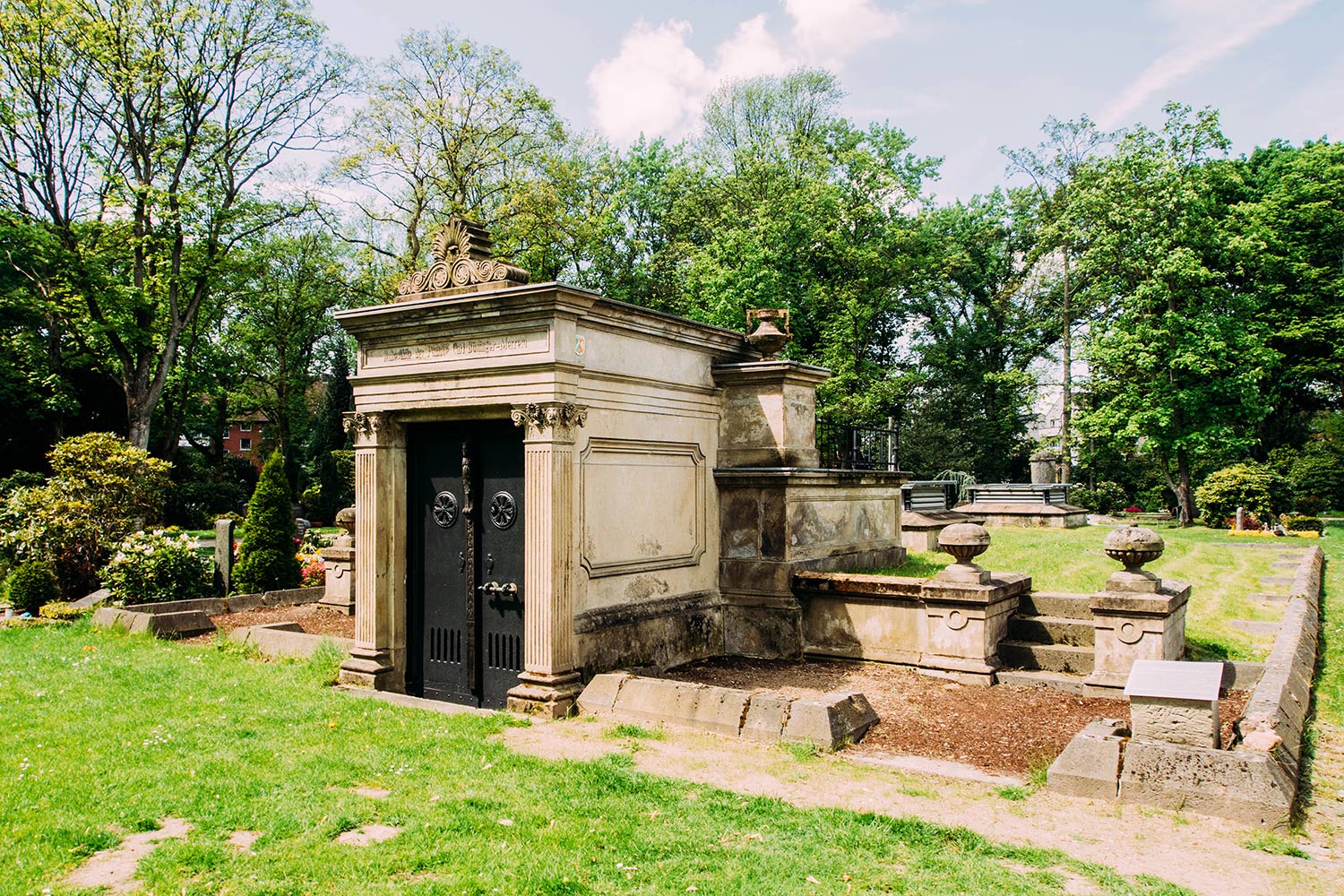 This first beauty is the Böninger family grave. Its door leads to a staircase and a crypt that holds 76 graves. Unfortunately for us, the door was locked and is rarely ever opened. Apparently the Böninger family was one of the most important economic players in the world back in their glory days of the 18th and 19th century. 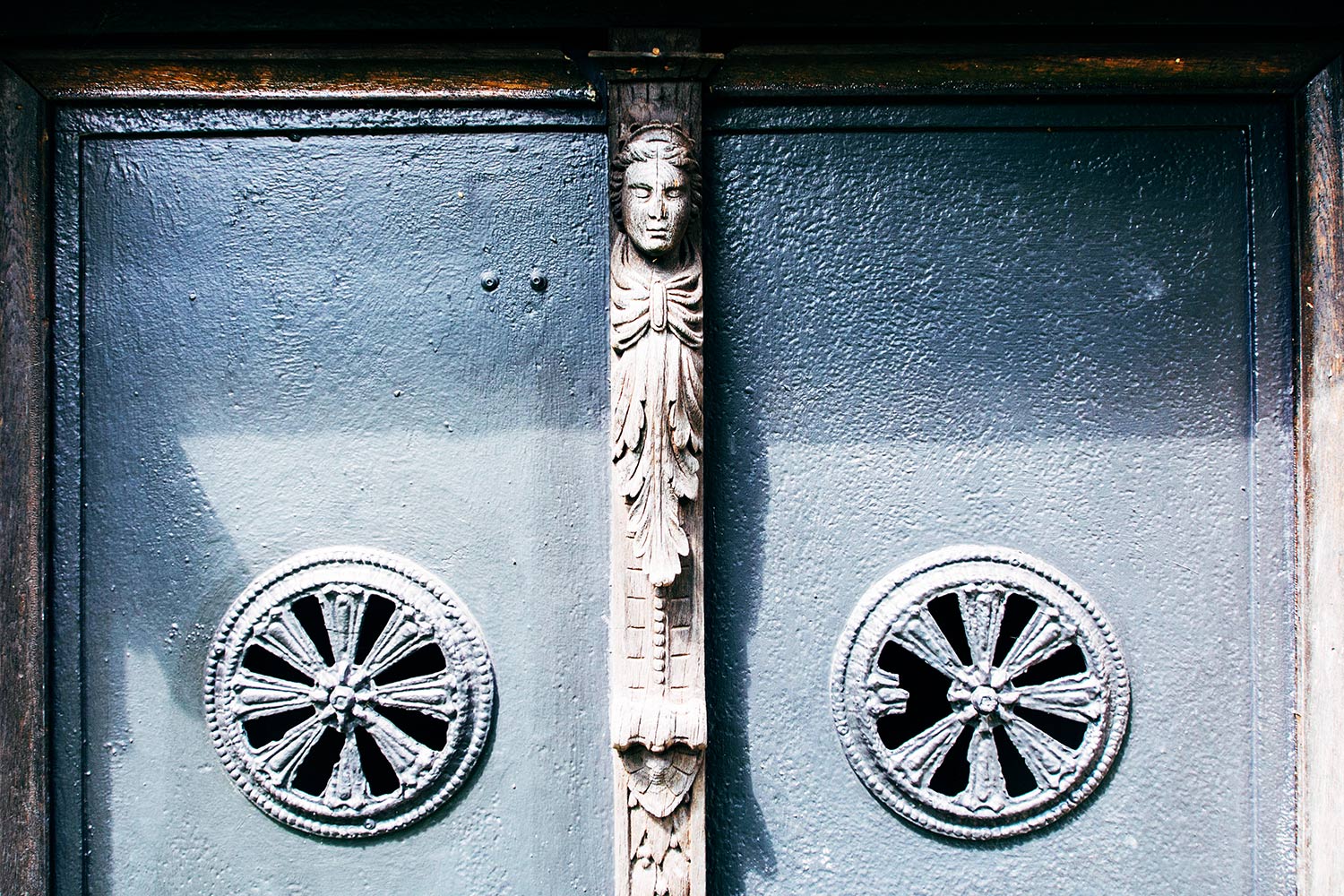 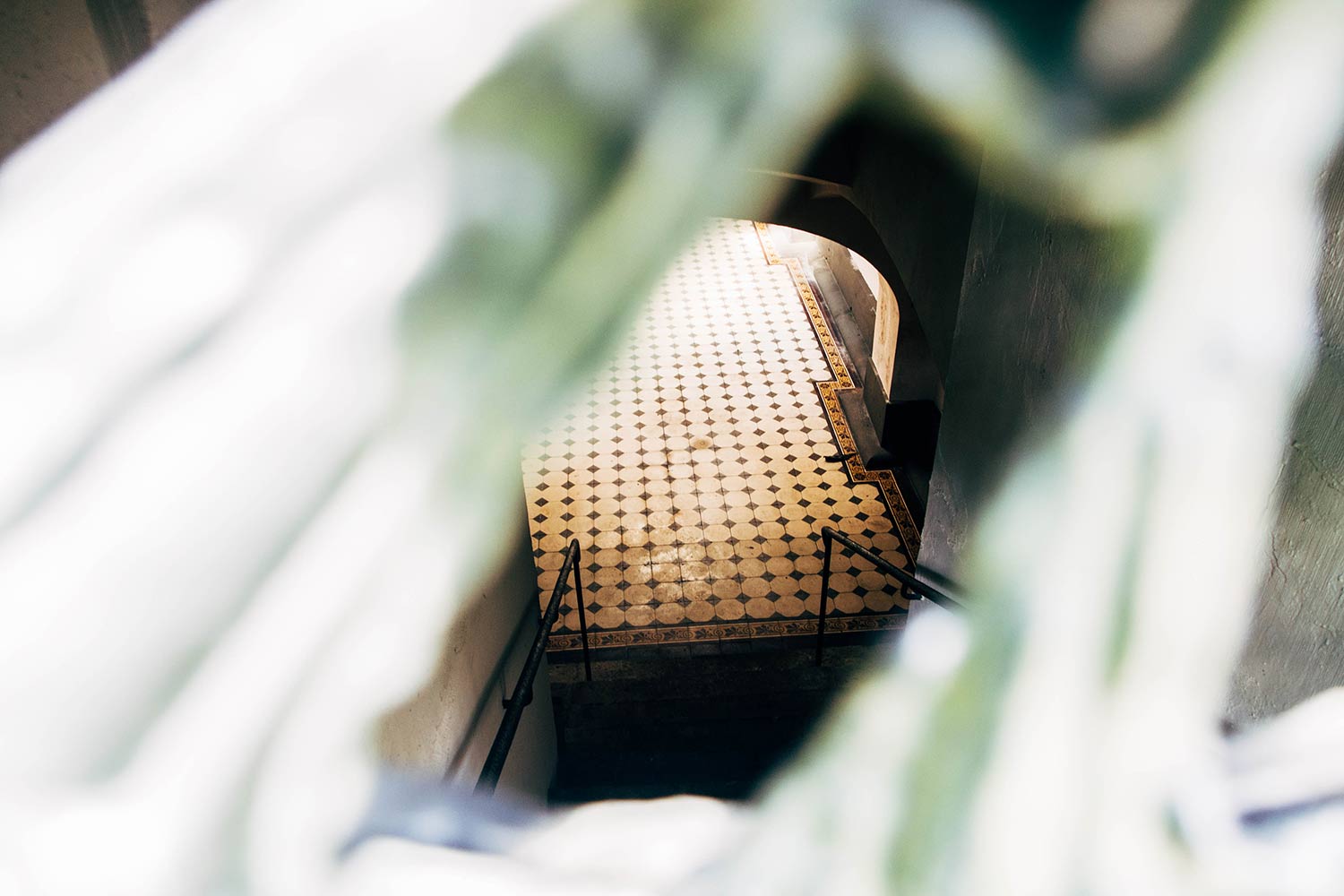 Do you know that feeling of pure frustration when you realize you have forgotten the keys to your house and are not being able to get inside? That’s how I felt, trying to force the door to somehow pop open. I had seen images of inside the crypt online earlier so I assumed it was accessible, but alas. Luckily there were plenty of other graves to explore. 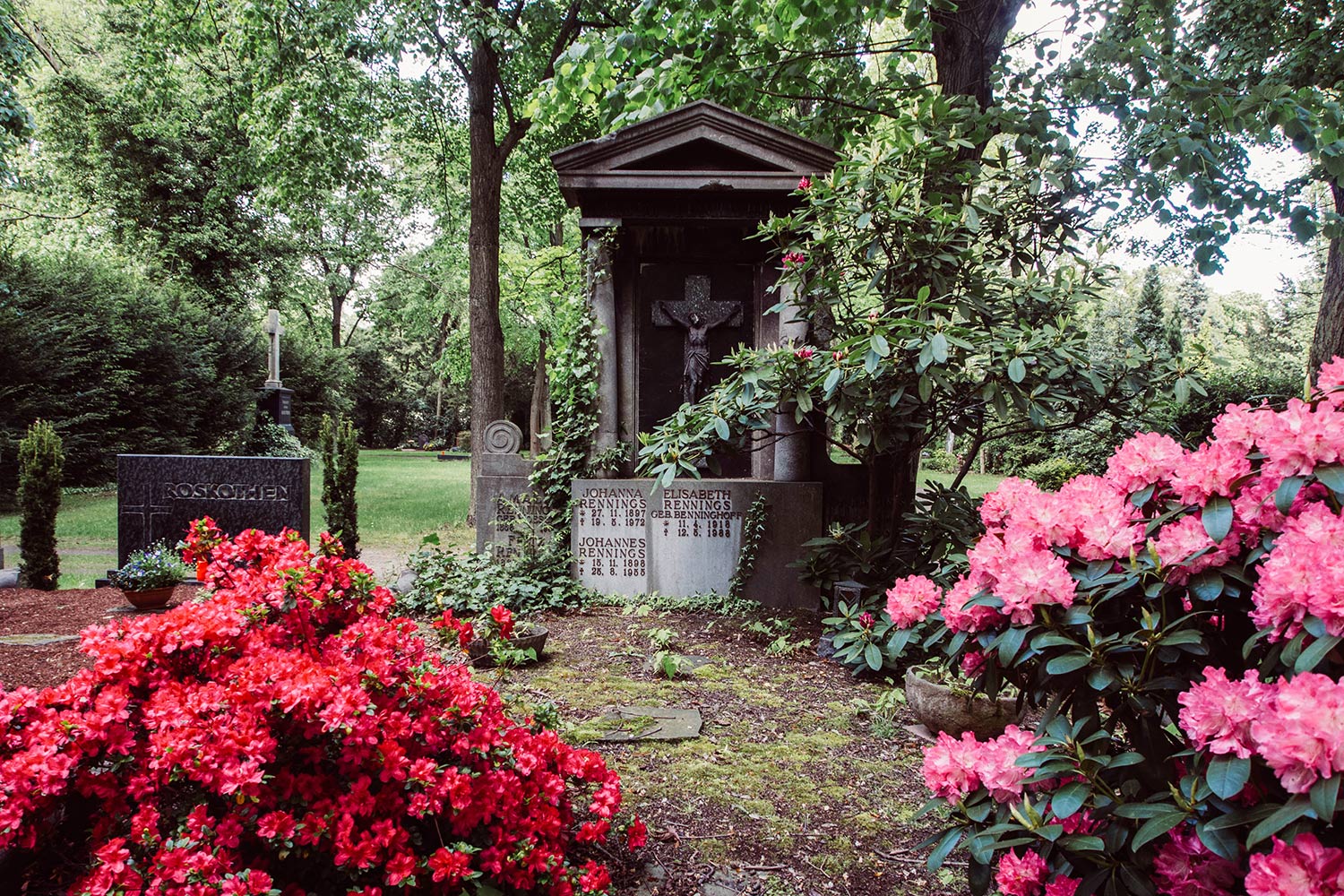 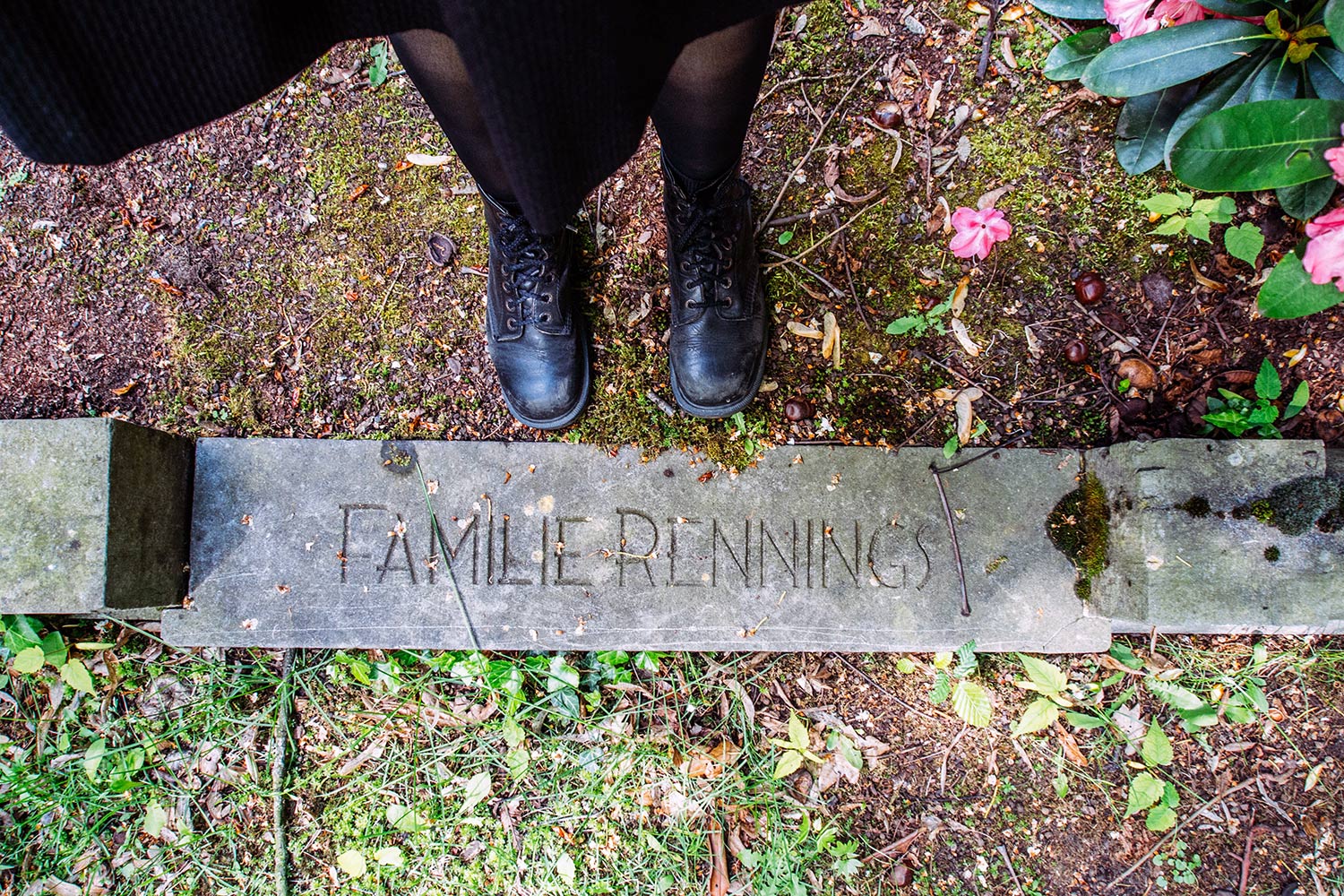 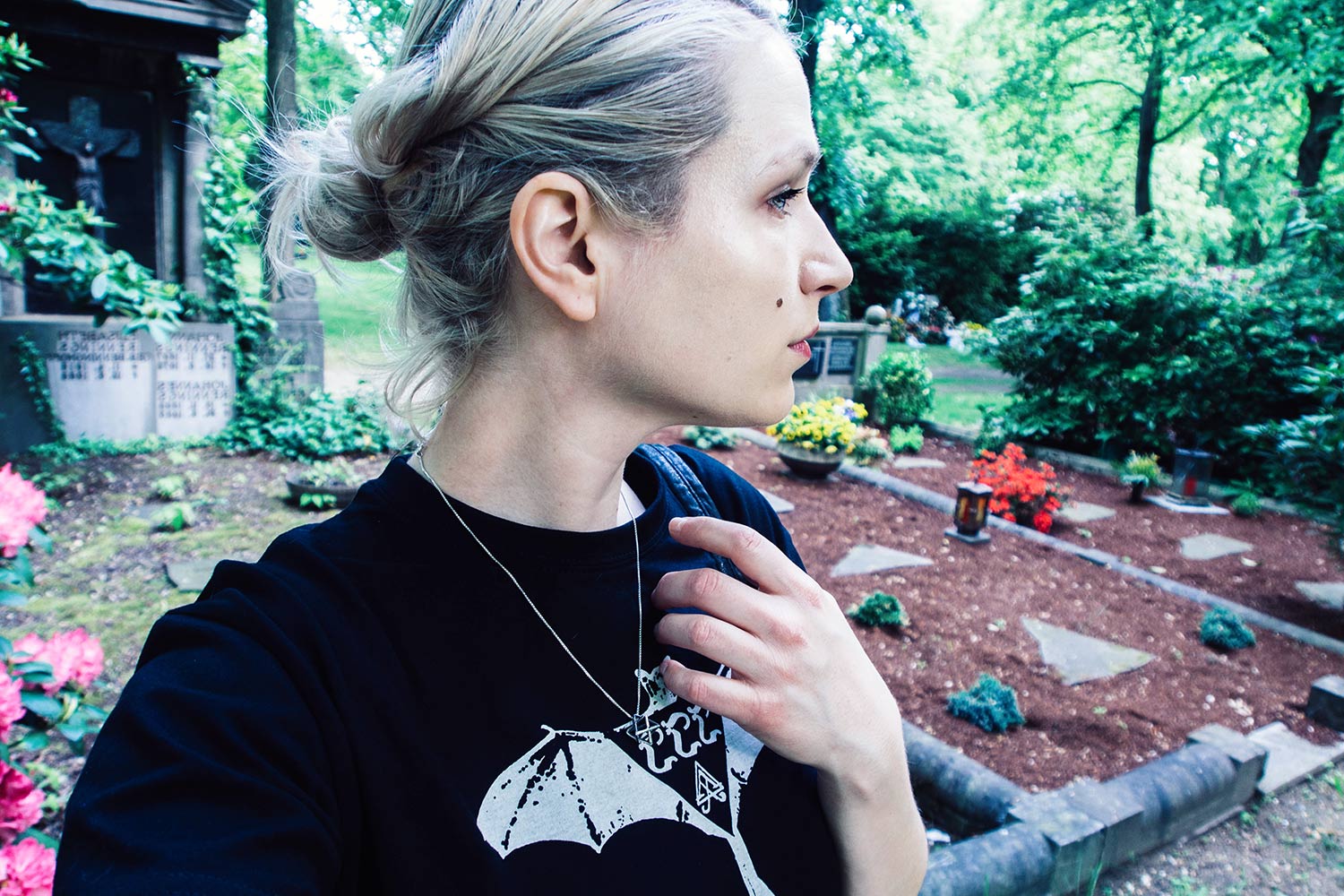 As cemetery Sternbuschweg is quite large and divided into straight paths, each crossing looks like the other and it is easy to get lost. I tried to use the chapel as a point of reference but could not always see it through the lush green trees. Thank God for Google Maps. Can you remember what life was like before Google Maps and smartphones? 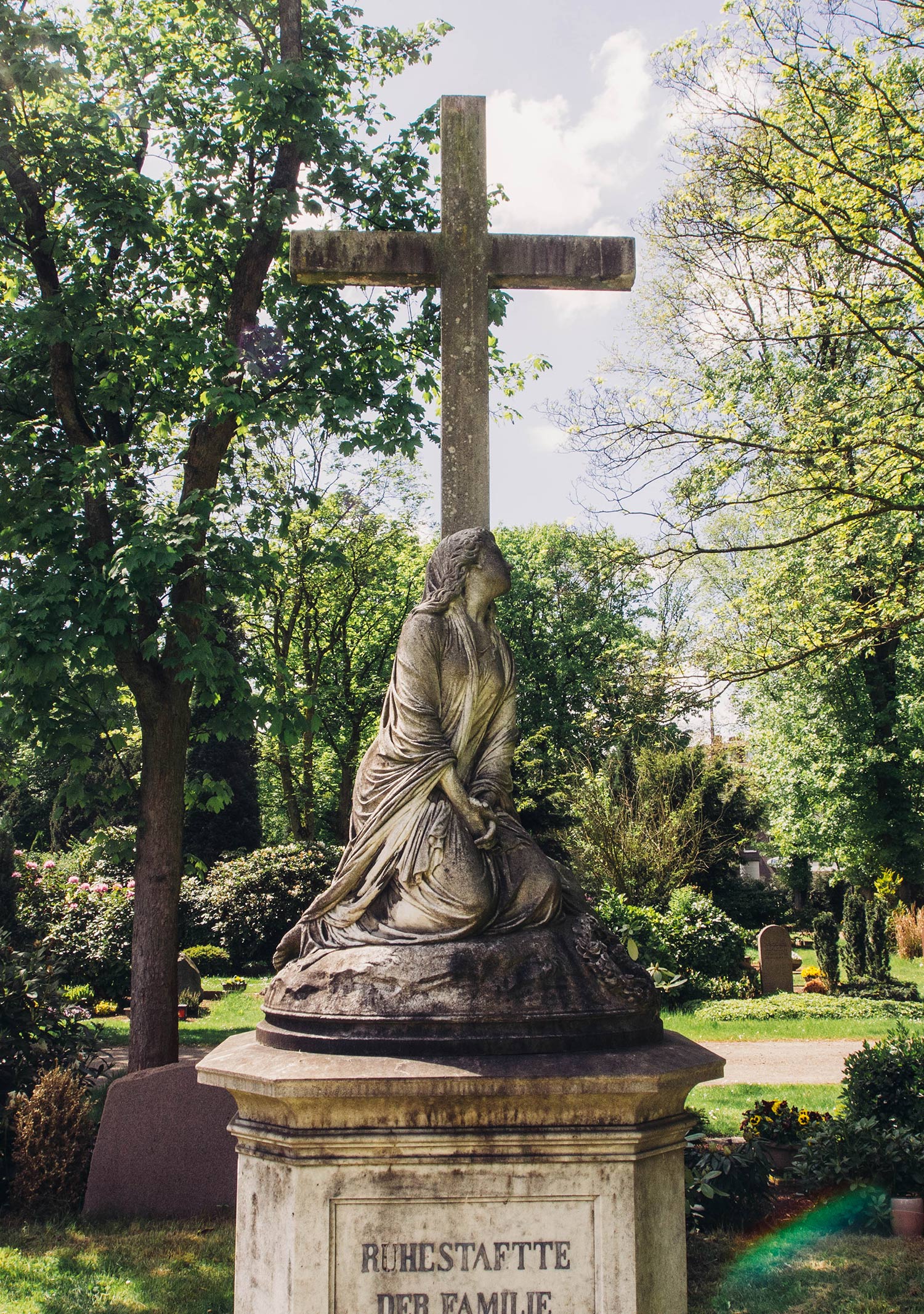 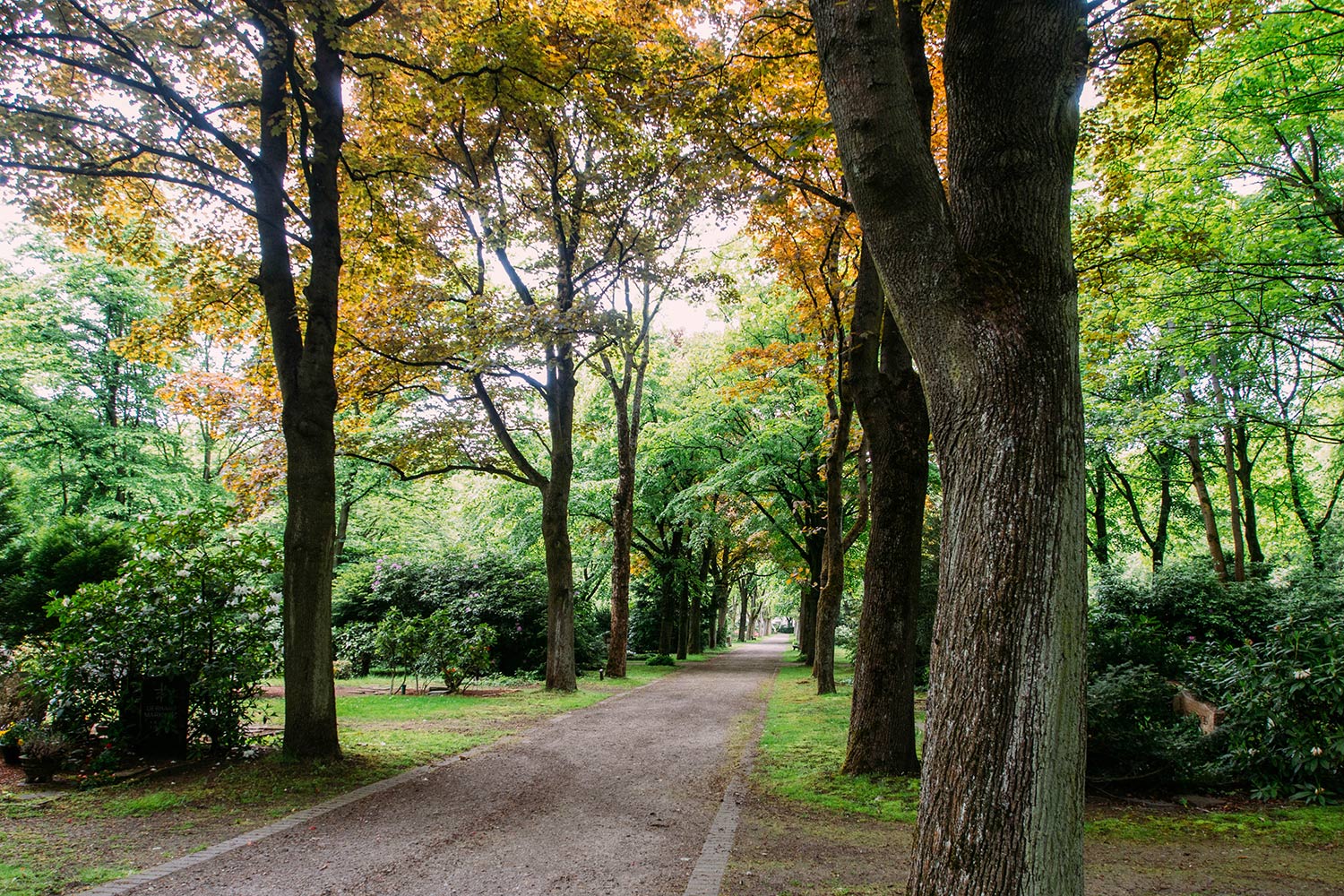 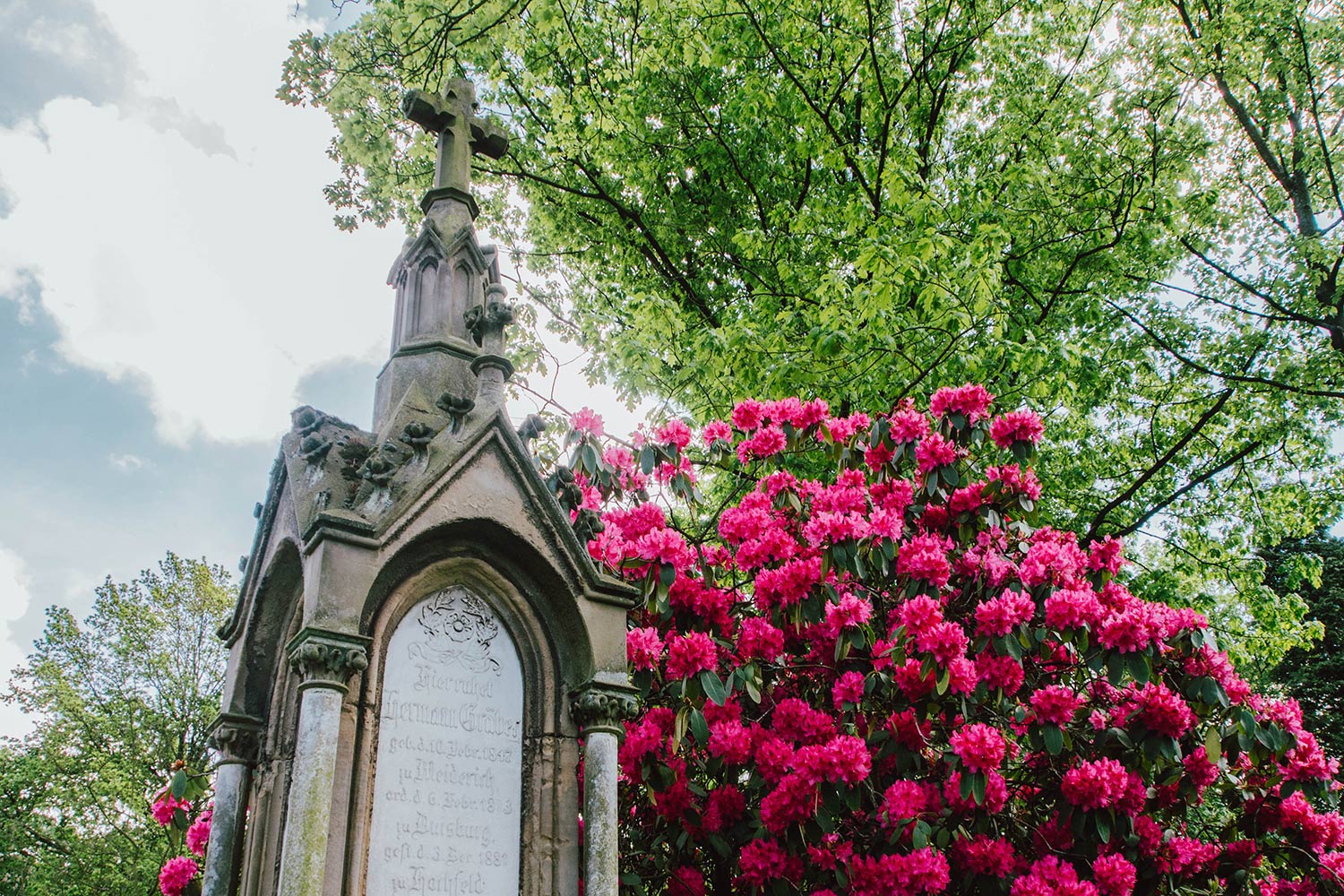 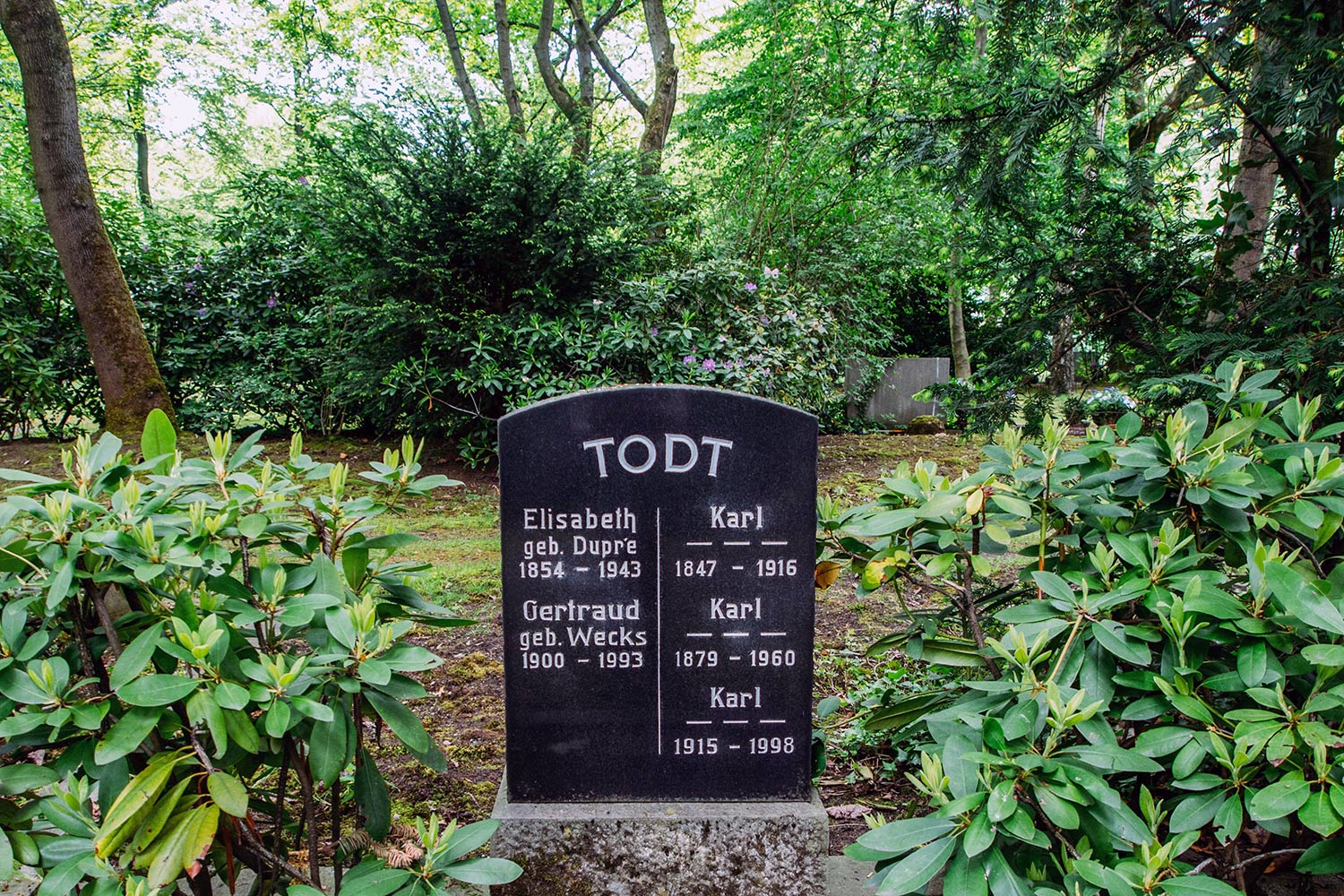 As the graveyard is so spacious, all the graves have enough room to stand out on their own and have lots of different types of plants and trees between them. There is a big variety between modern and older graves. Nona and I picked our favorites for you. I especially liked some of the stern German names and titles on some of them, like “Todt”, which comes from the word “tod” which means death. Great last name! Also, this particular family Todt apparently really liked to name all their sons Karl. 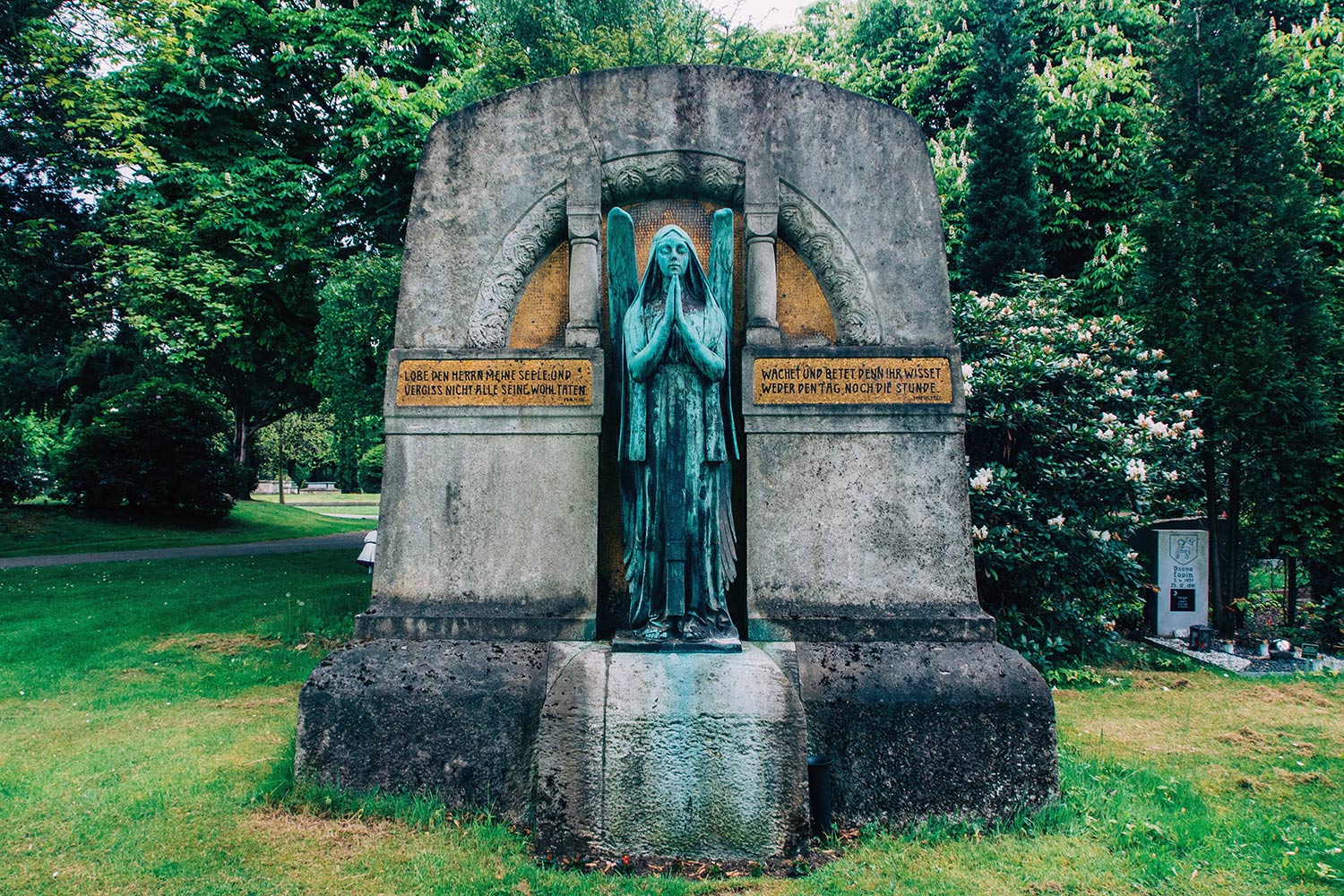 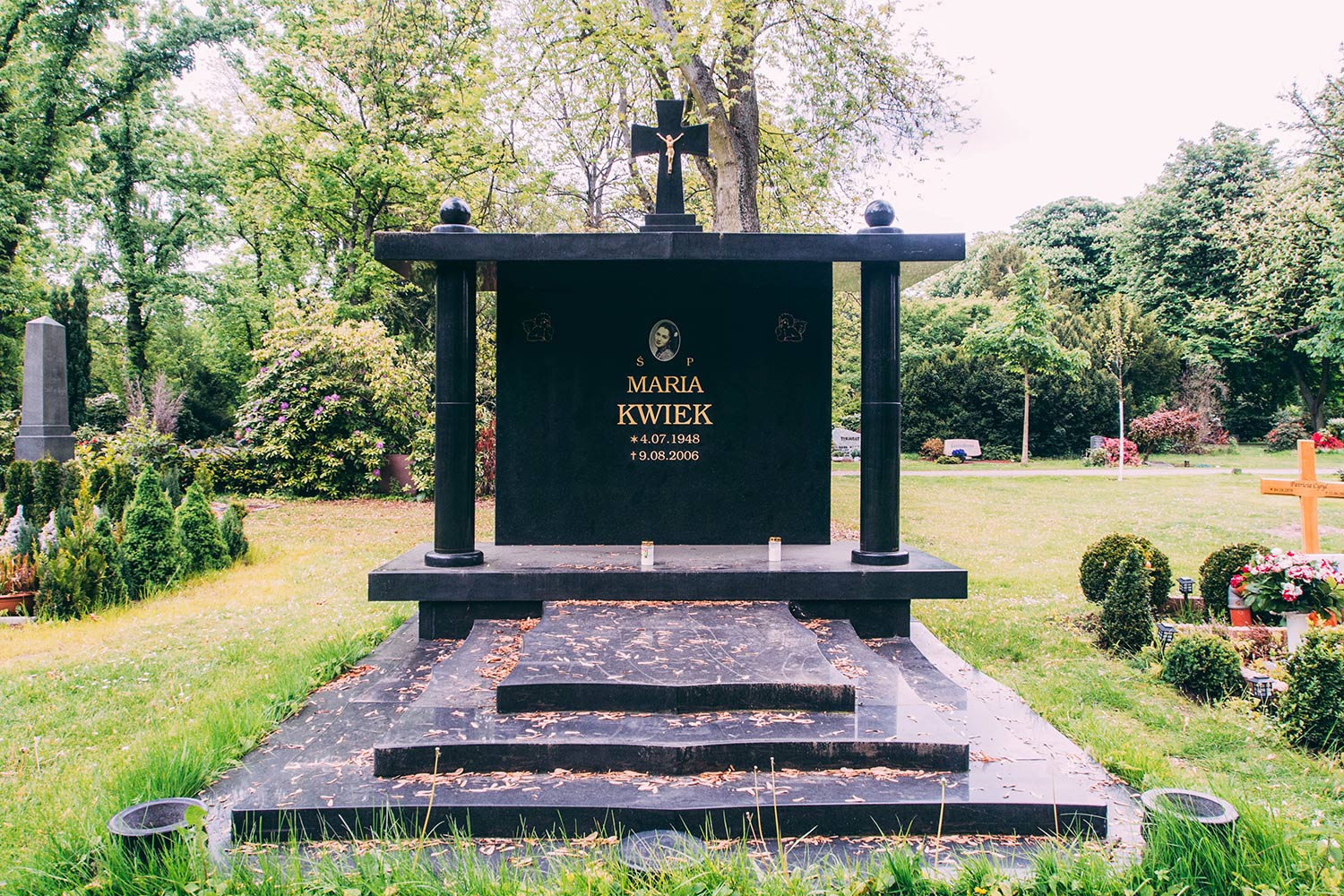 One of the highlights of this visit was running into mister Squirrel. He pointed out one particular grave, with the name “Graf” on it, which obviously means “grave”. These Germans are being very meta with their headstones, but I can appreciate that. “Here is the grave of mister Grave,” mister Squirrel said. He smiled at me with his tiny black eyes and then quickly ran up a tree, before I could take a selfie with him. It was a beautiful day in Duisburg. Nona and I took a train back to Amsterdam, our minds filled with new impressions and inspiration. Will we ever return to Duisburg? Probably not. But is it worth going to just to check out the cemetery? Hell yes. 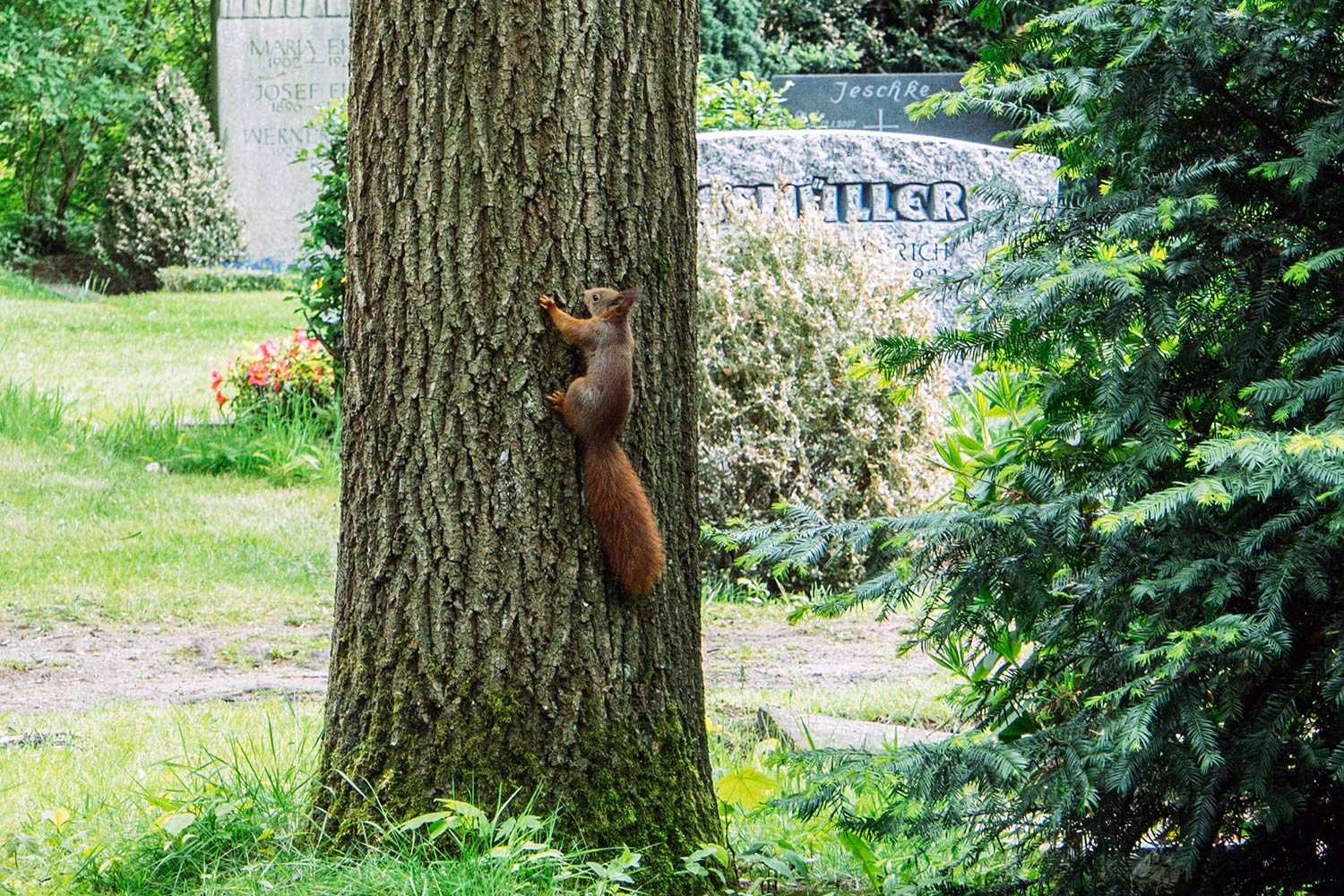 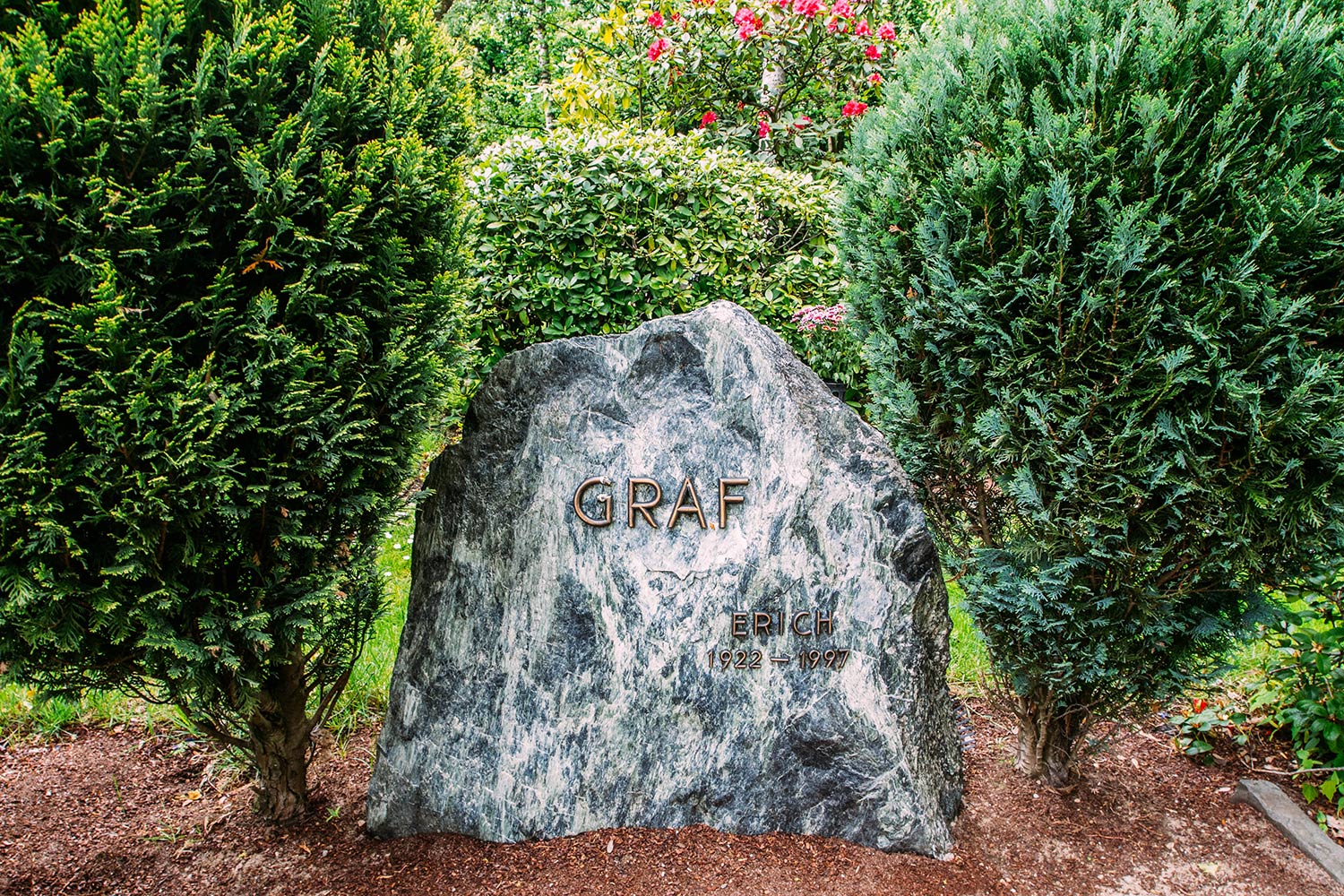 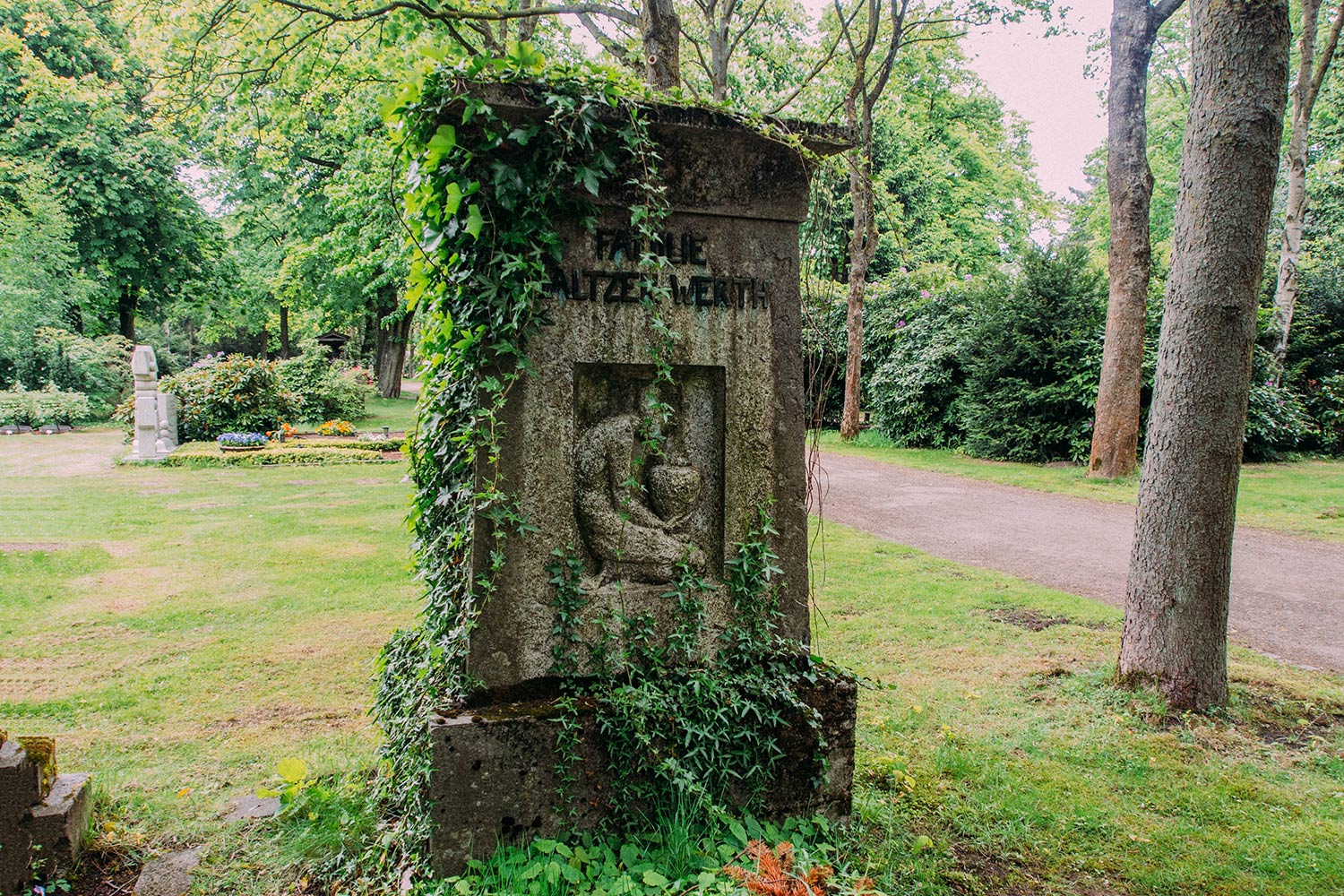