Here is the second part of the cemetery tour I did through France this summer. In the first part I took you to Camburat and in this one I decided to combine the two remaining reviews for Figeac and Loupfougères, as they both have similarities but I don’t want to bore you with too much of the same.

Let’s start with the graveyard of Figeac. Located in south-western France, right under Camburat, Figeac is a medieval town with a cozy center with plenty of restaurants and a cute market. It has beautiful Renaissance architecture and we spent an afternoon exploring the area. Unlike the other two towns we visited, Figeac has its cemetery in the center of the town, right next to the city hall and across from a private middle school. The entrance gates were closed, but luckily we found a side door that was unlocked and granted us access to its gorgeous grounds. 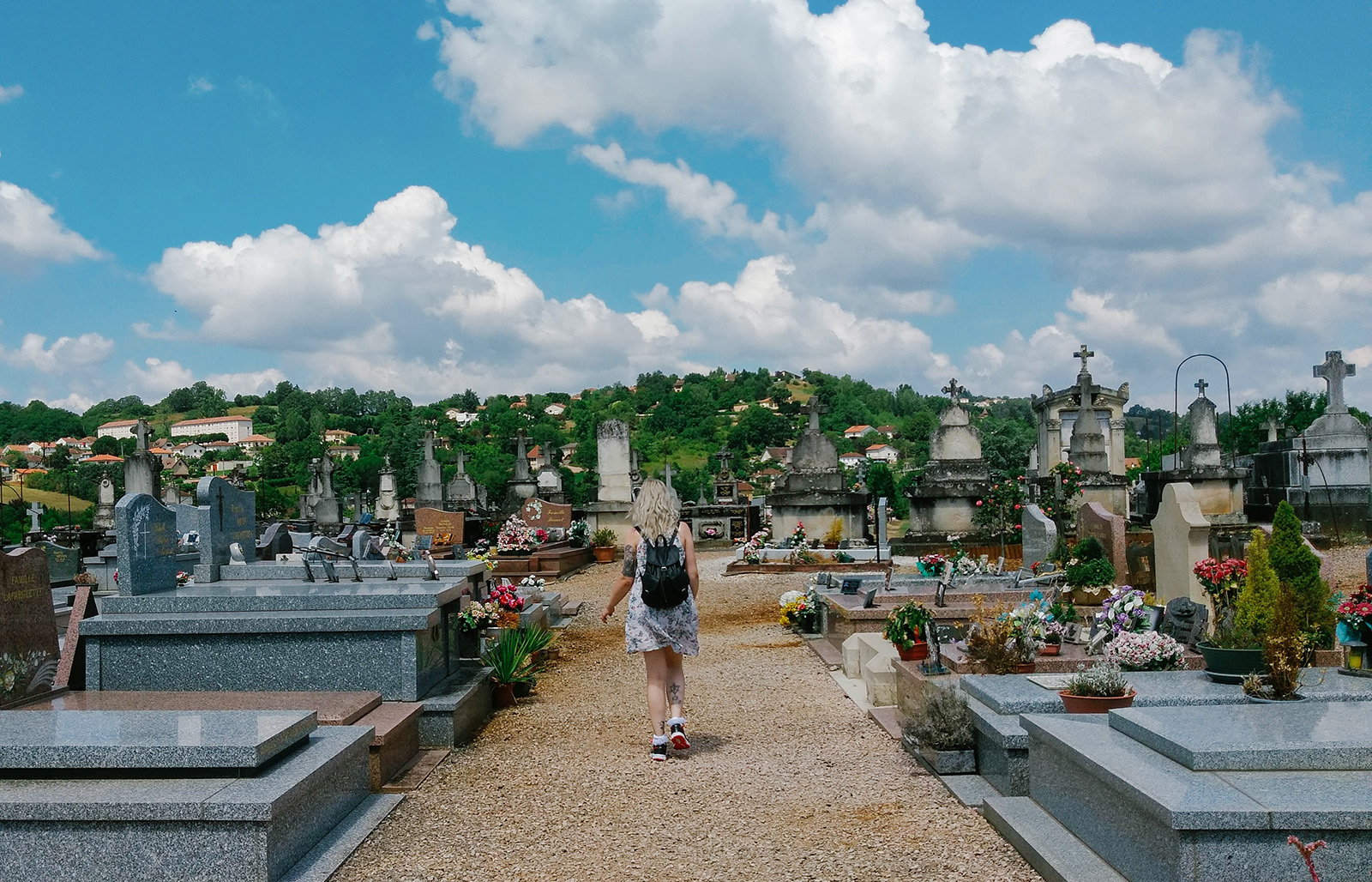 The view was absolutely breathtaking. The cemetery has a broad variation of modern and older graves, mausoleums, above the ground tombs and beautiful headstones. 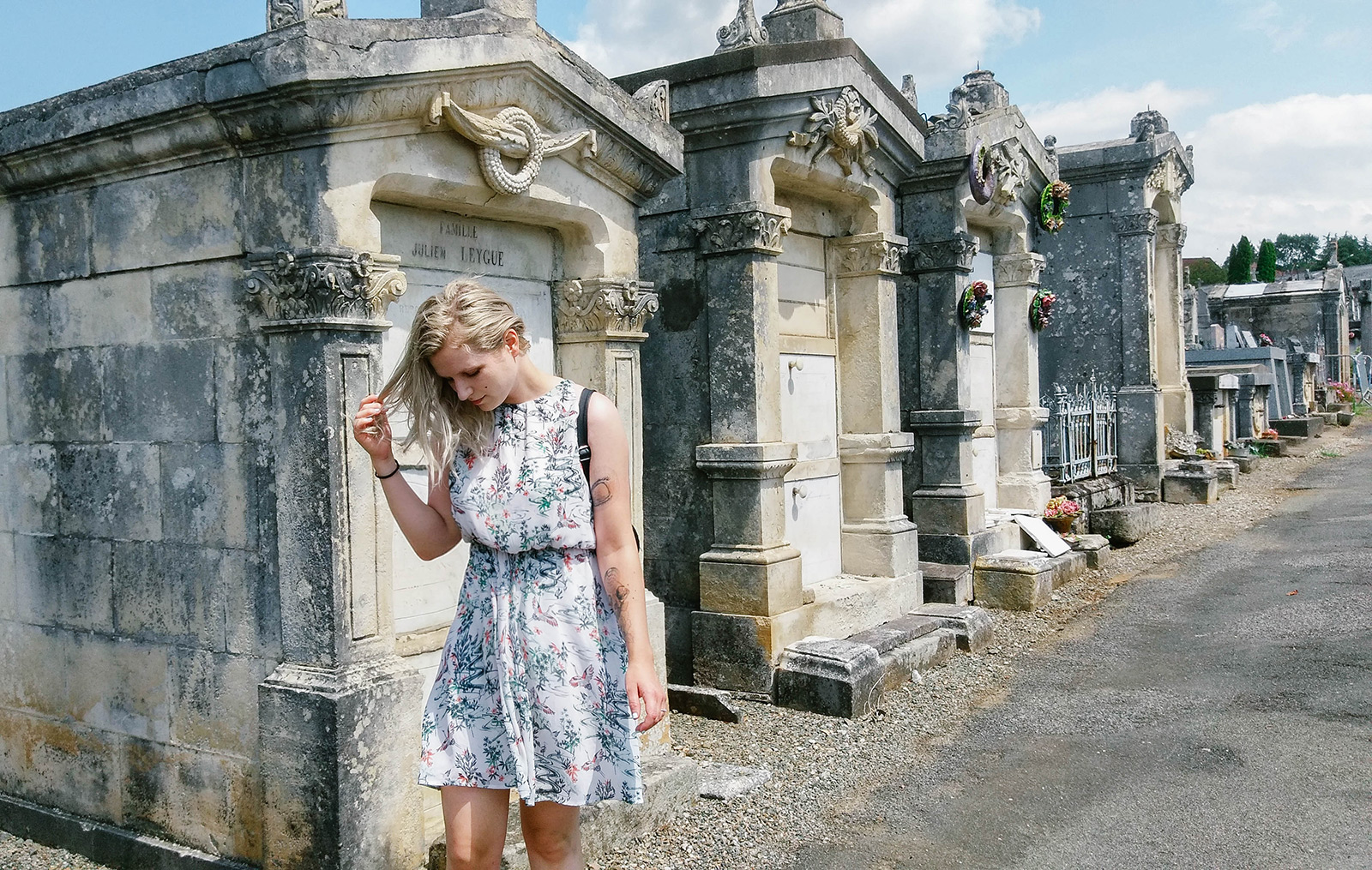 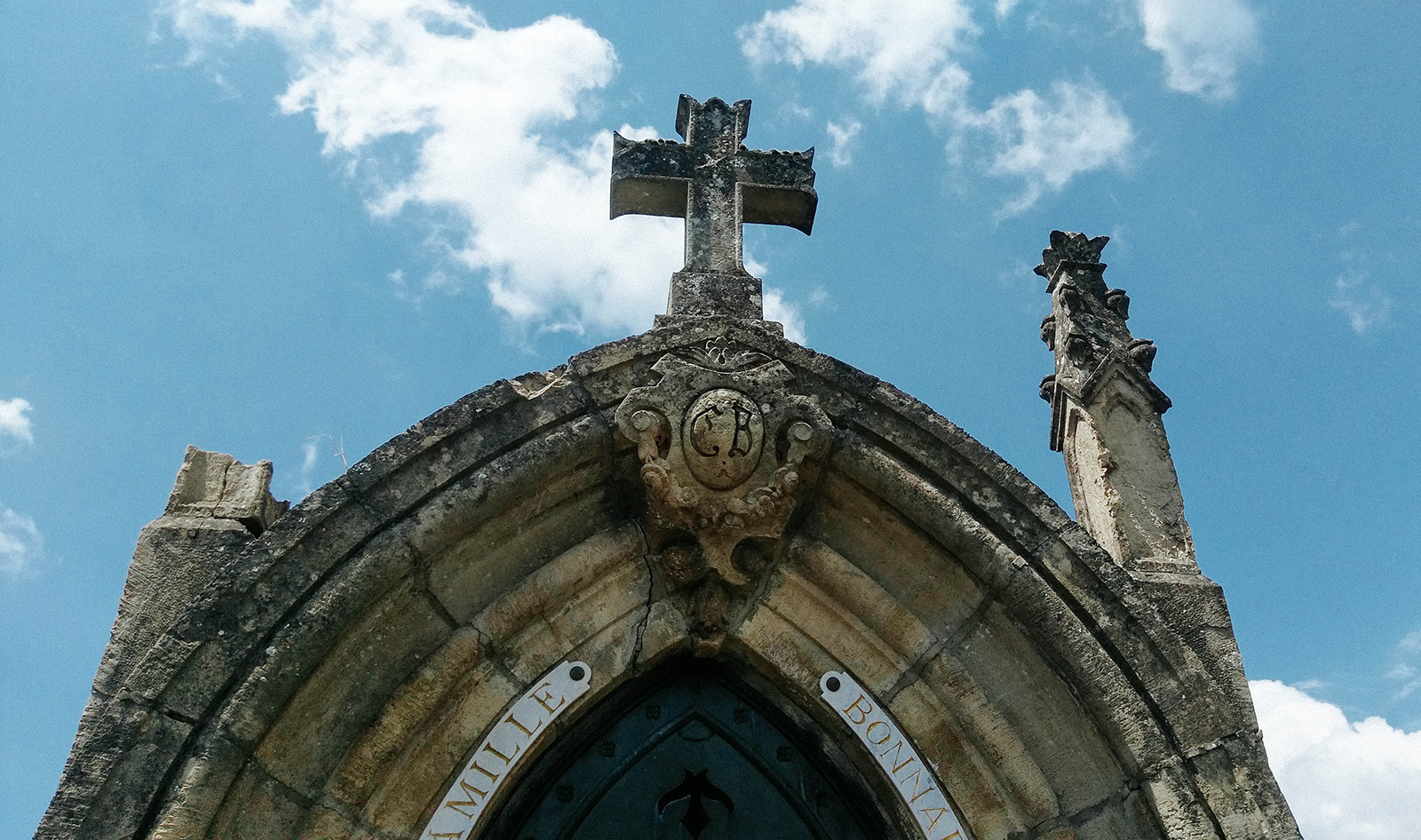 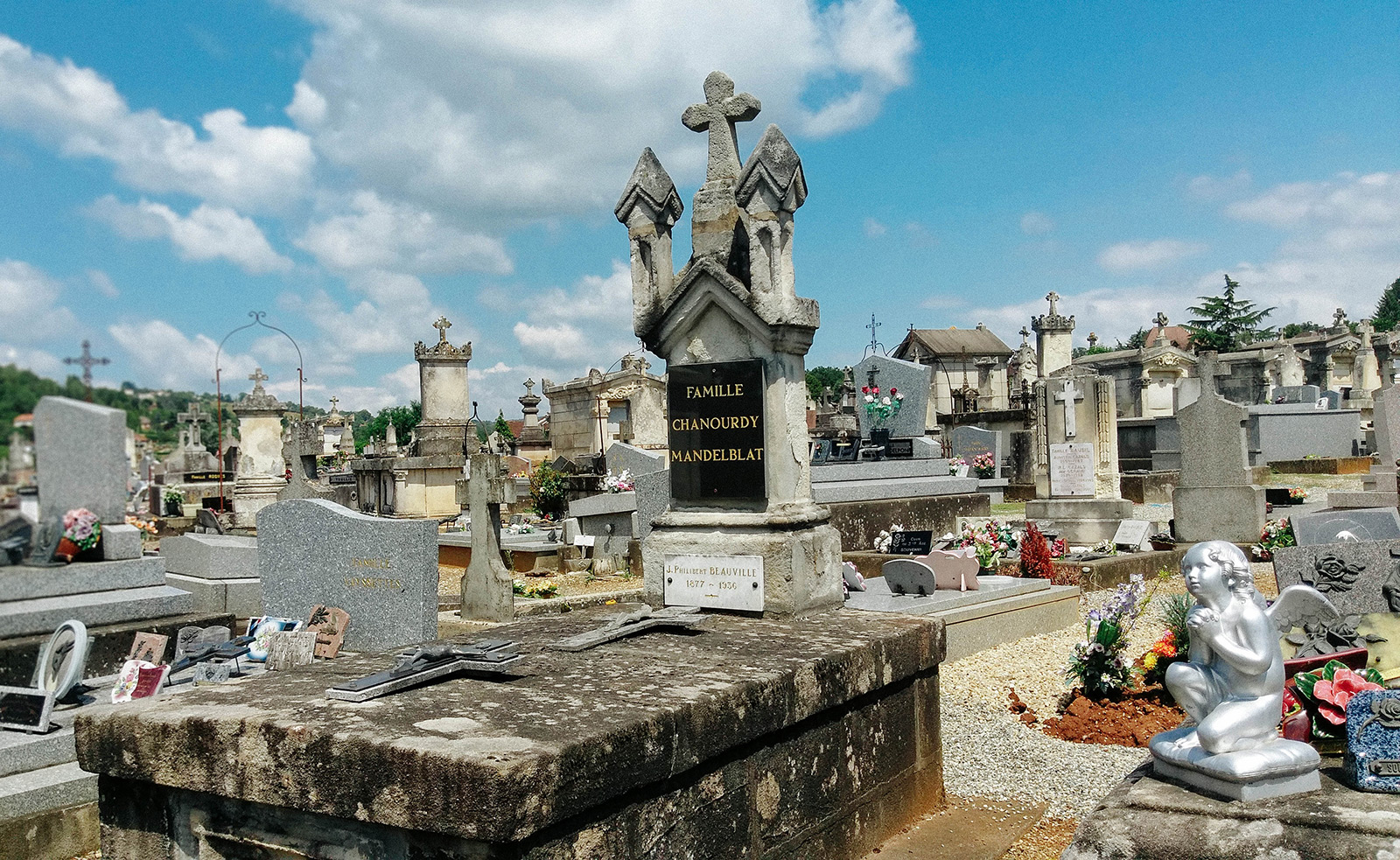 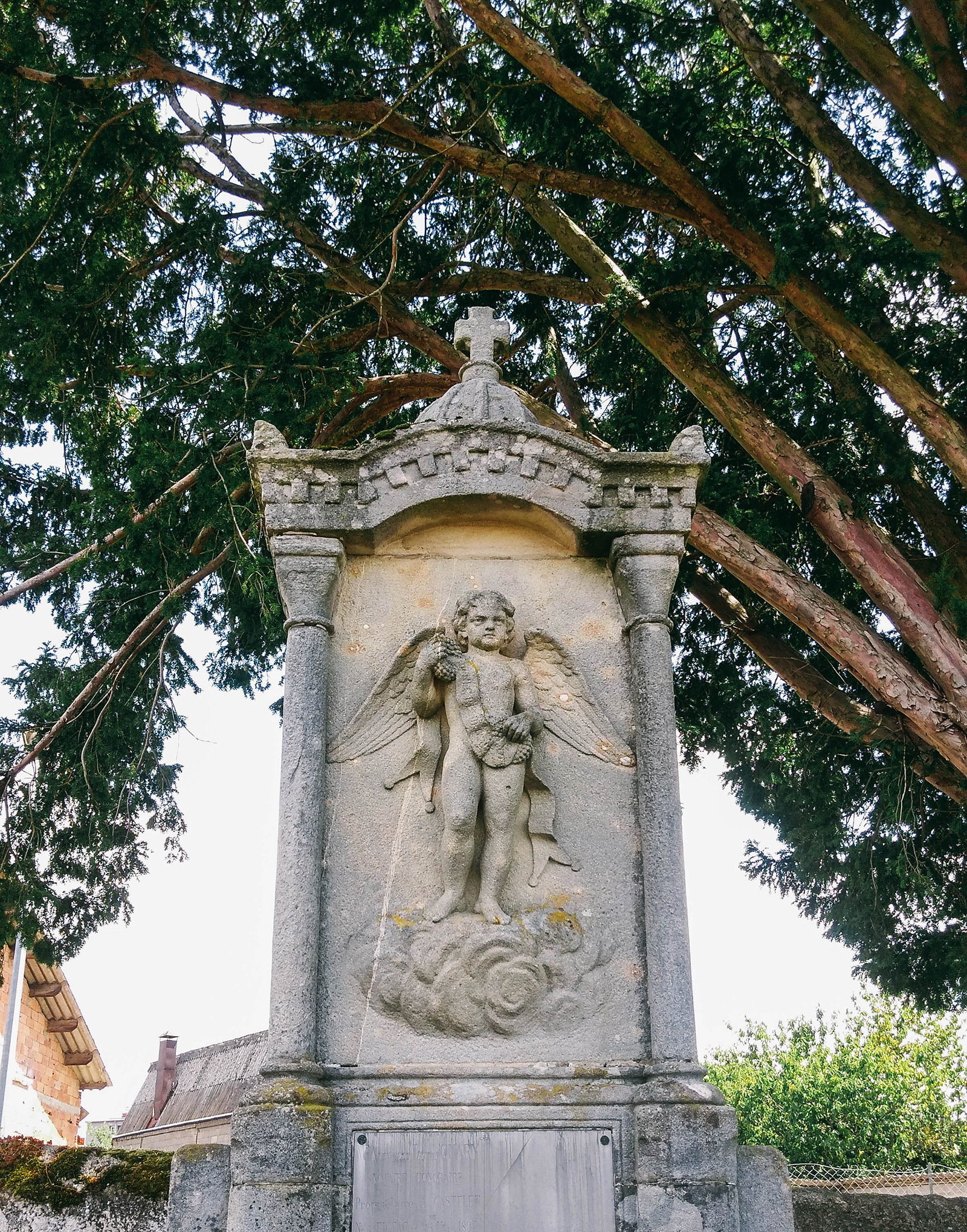 Side note – apologies for the low quality images. For some reason I thought it was a good idea to take all these photos with my phone camera instead of my regular one. Note to self: bring camera always, everywhere! 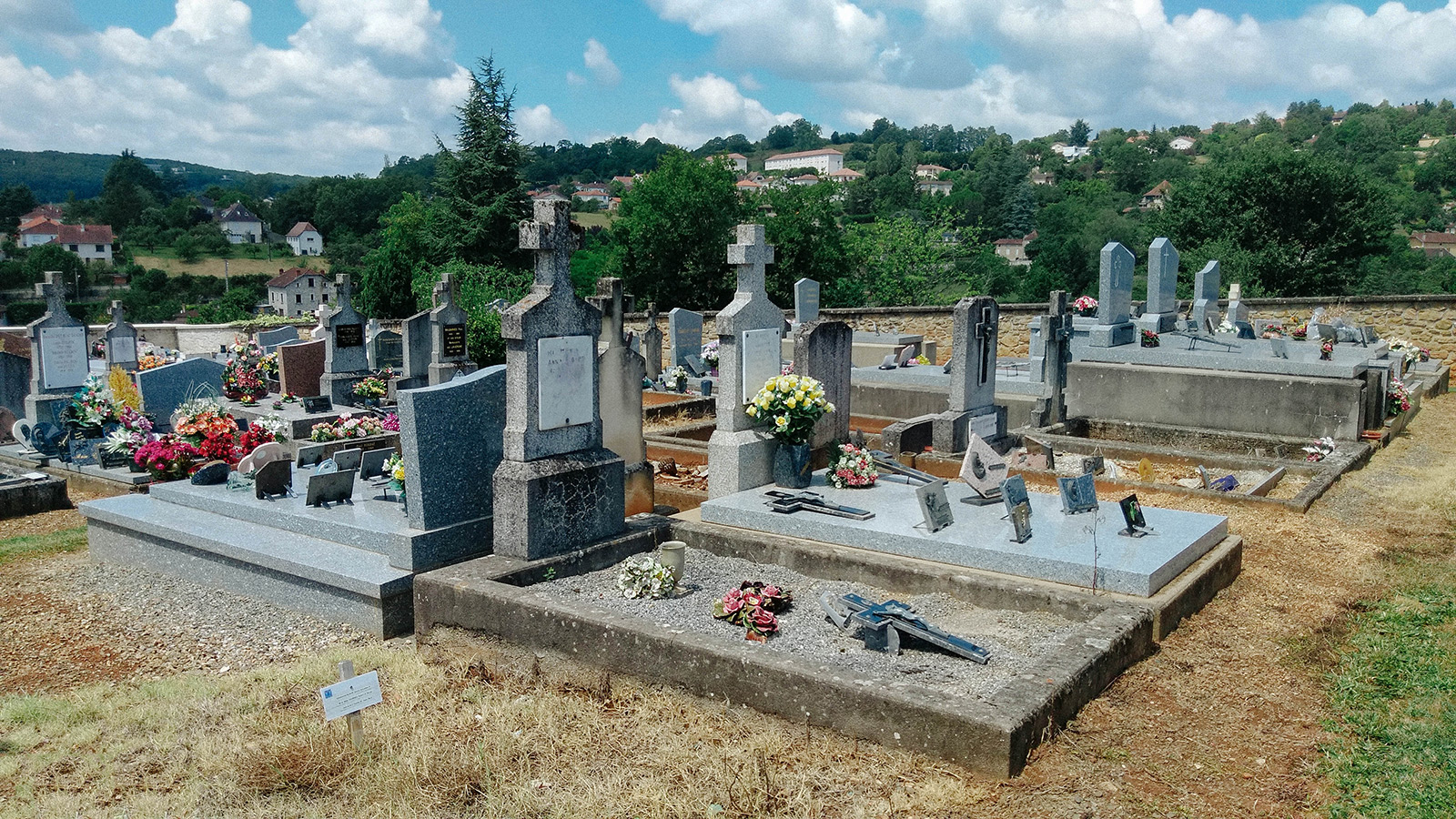 This pretty little condo is definitely one of my favorite mausoleums here. The French bury their dead with class. 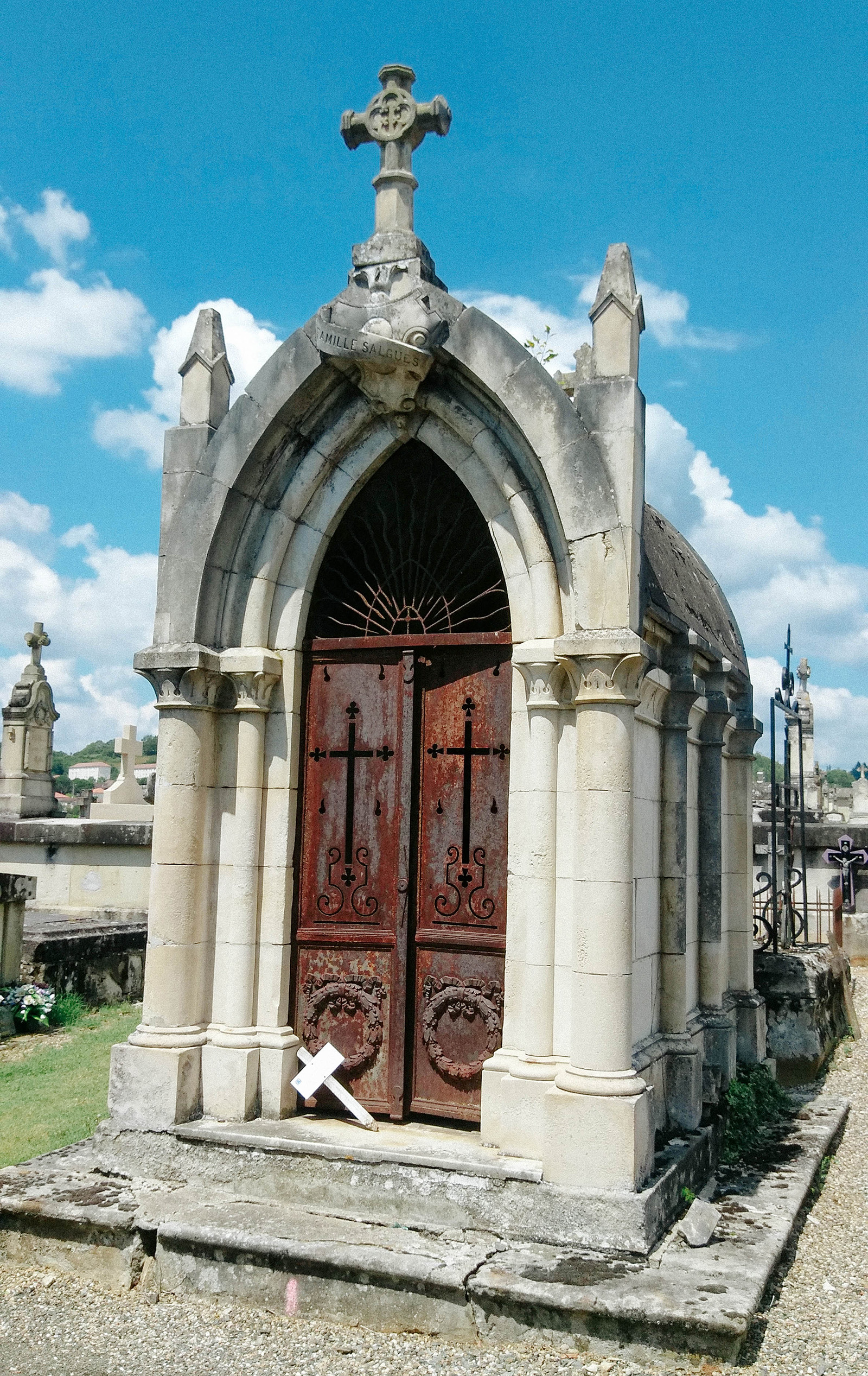 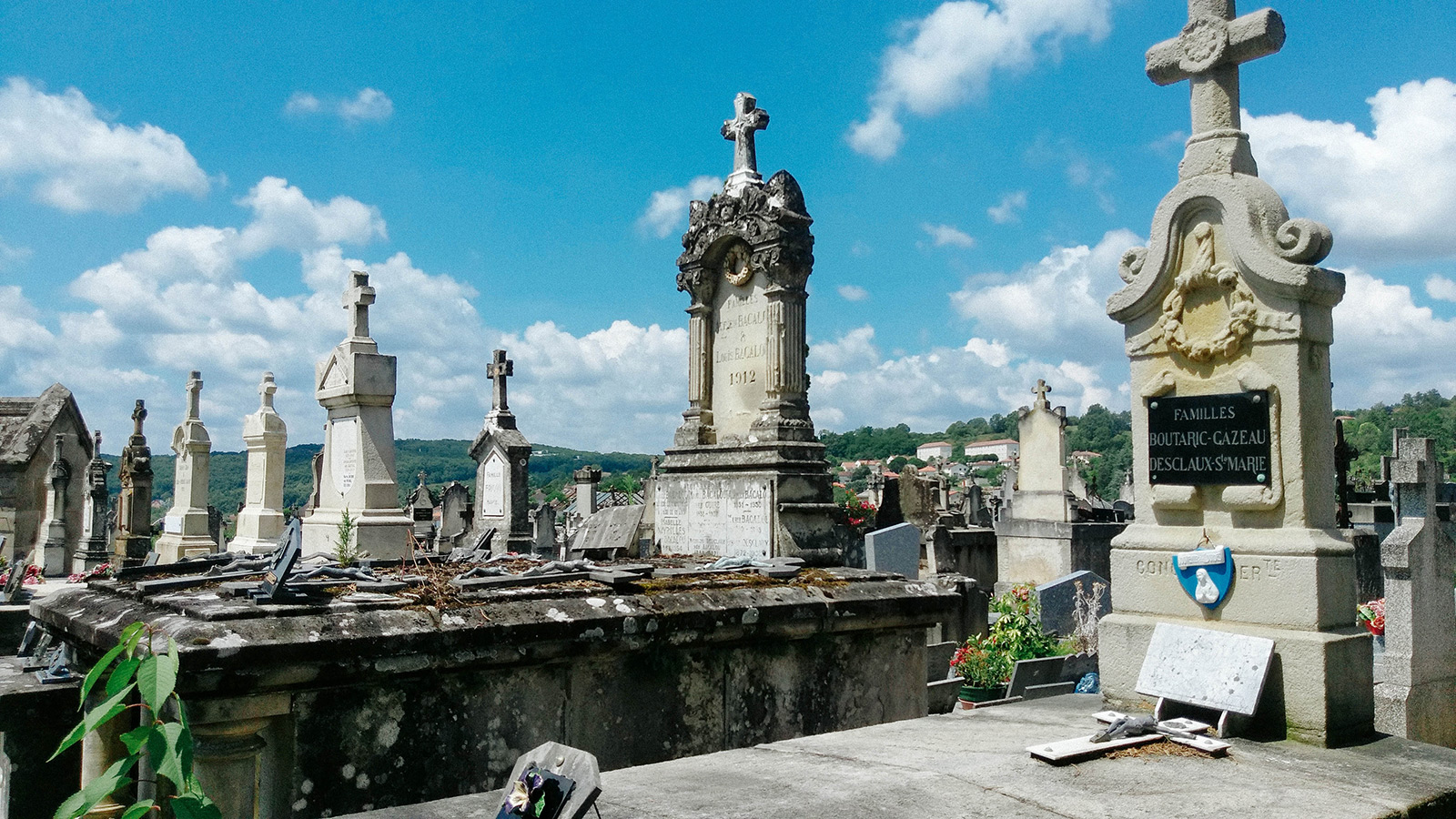 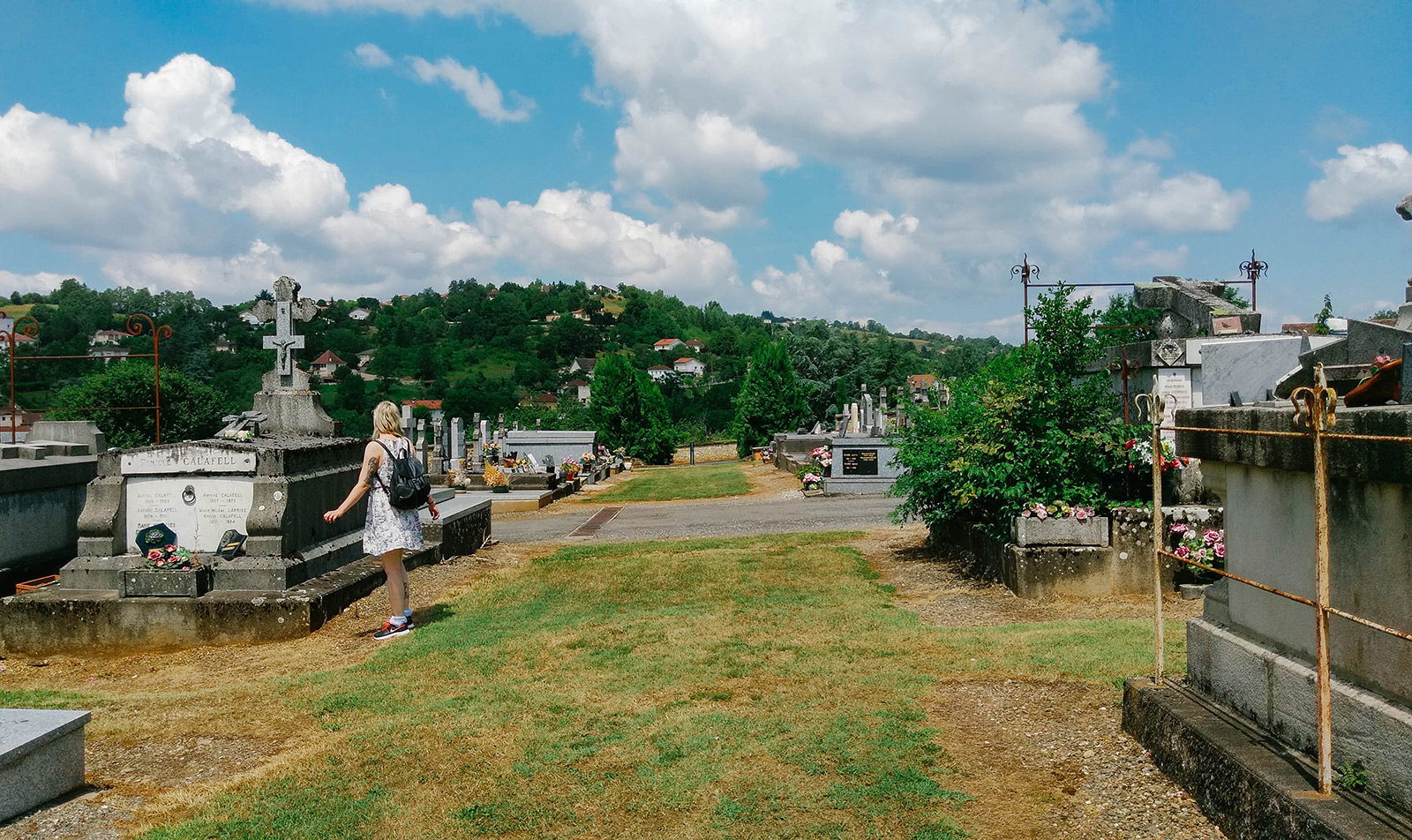 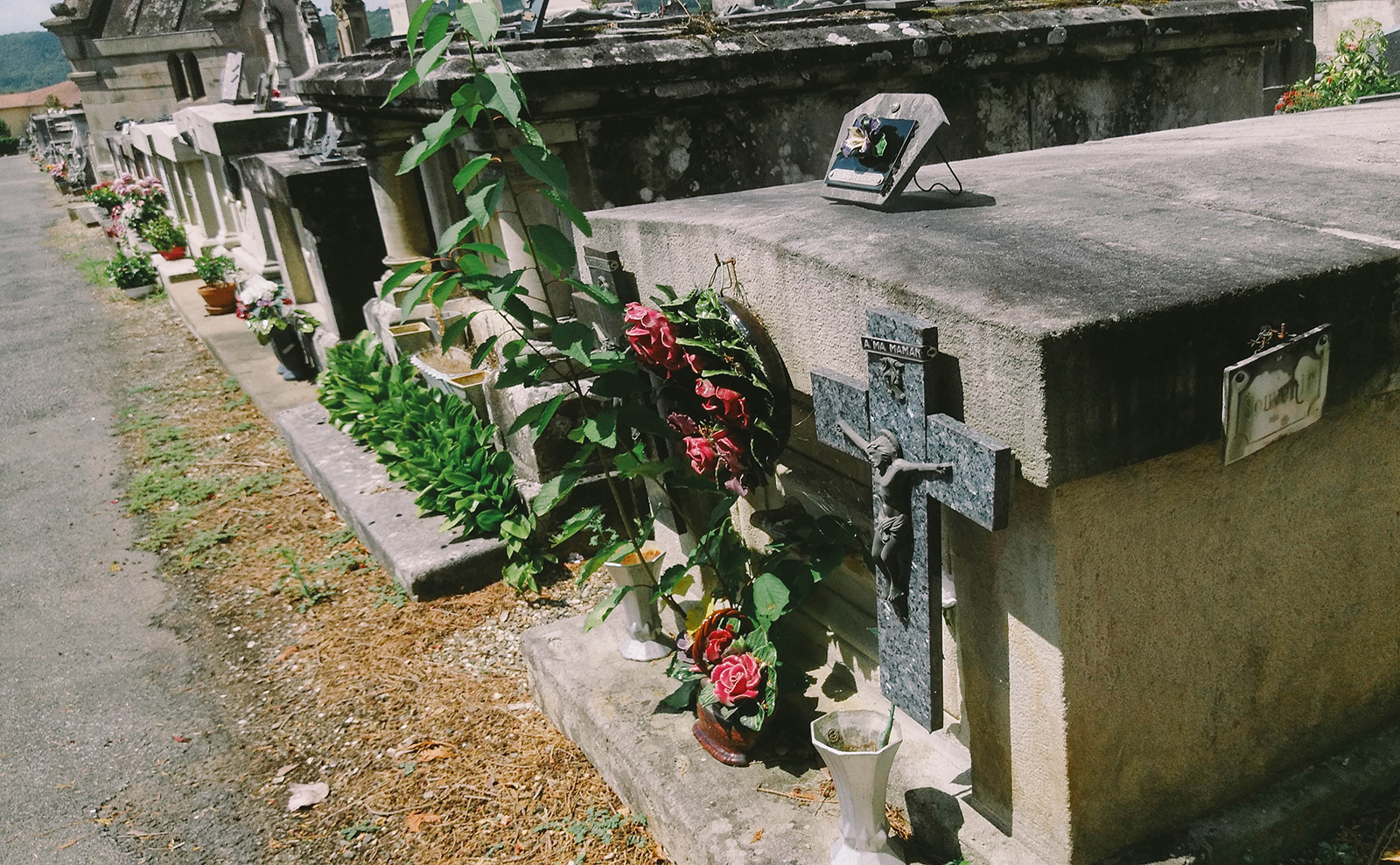 A few days later we traveled north-west, towards a tiny village named Loupfougères (population: 427 inhabitants), close to the Normandy area. The weather drastically changed over the course of our six hour drive and we arrived in a summer storm with ominous clouds. We passed this small secluded cemetery on our way to Hardanges, where we would stay for the remainder of our trip, and decided to make a pit stop. 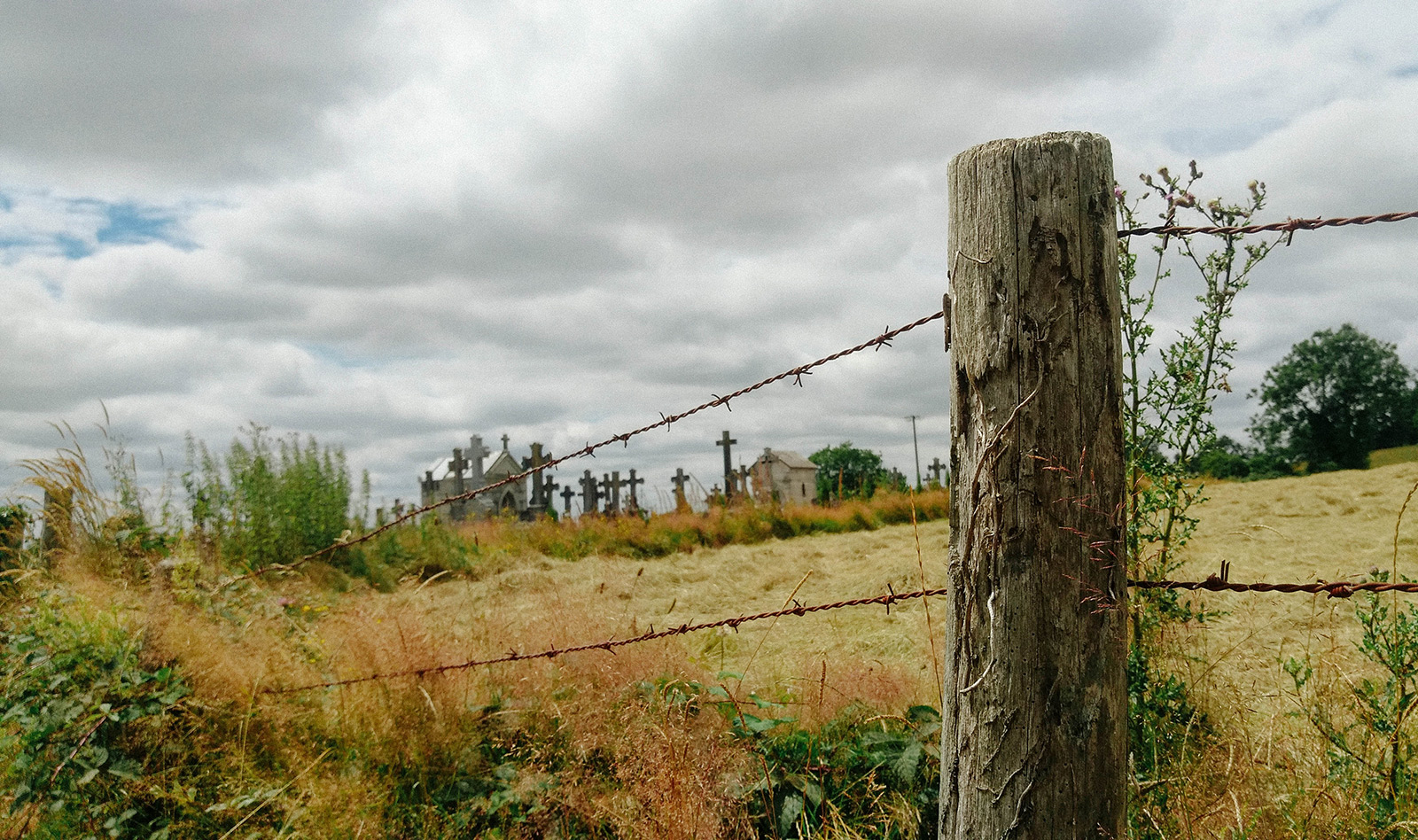 We parked our car on the side of the road and explored this eerie looking place. What made this day even more chilling is that less than an hour away from here, a priest got killed in his own church in Saint-Étienne-du-Rouvray. For the next couple days I had trouble sleeping at night, feeling heavily violated in my sense of freedom. 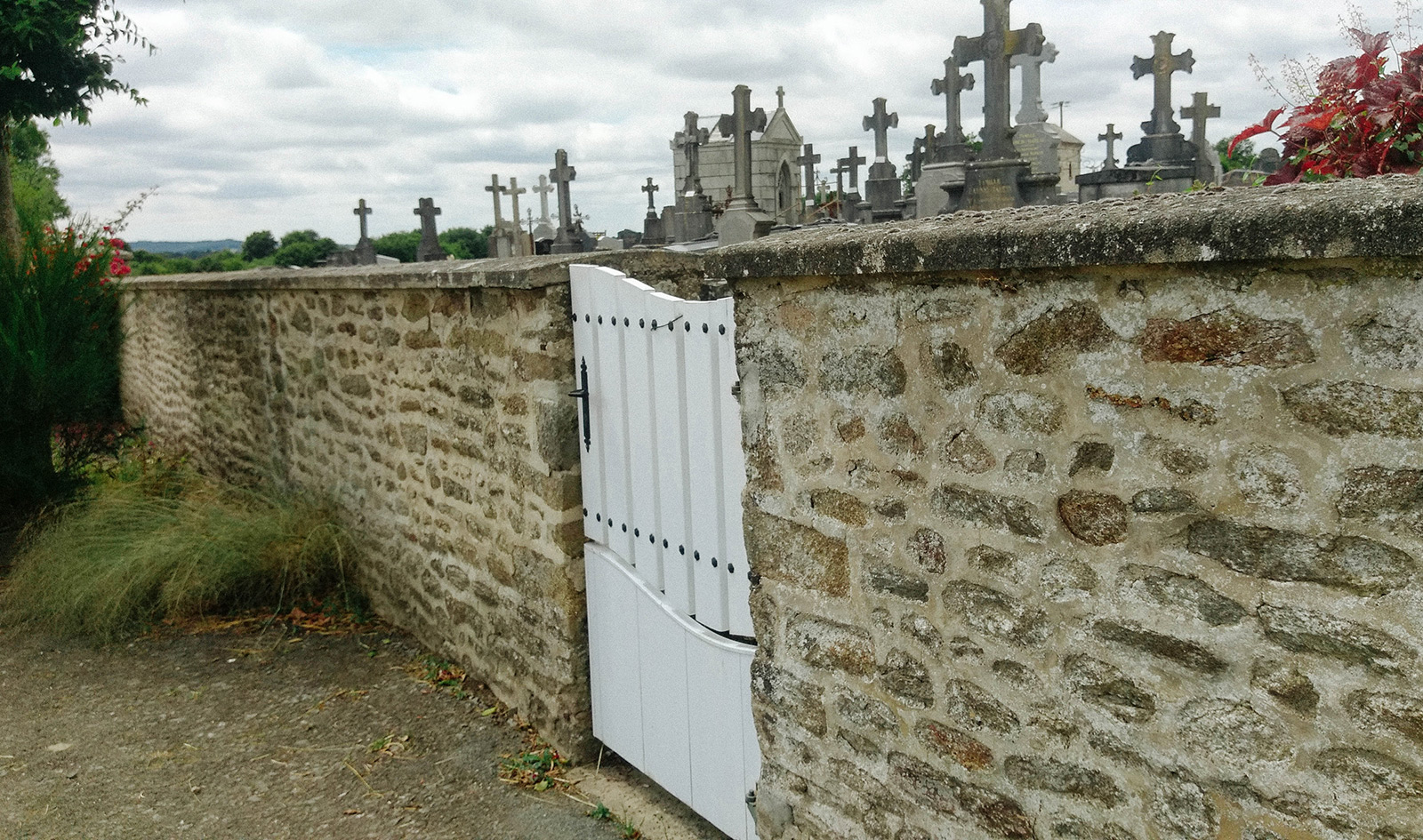 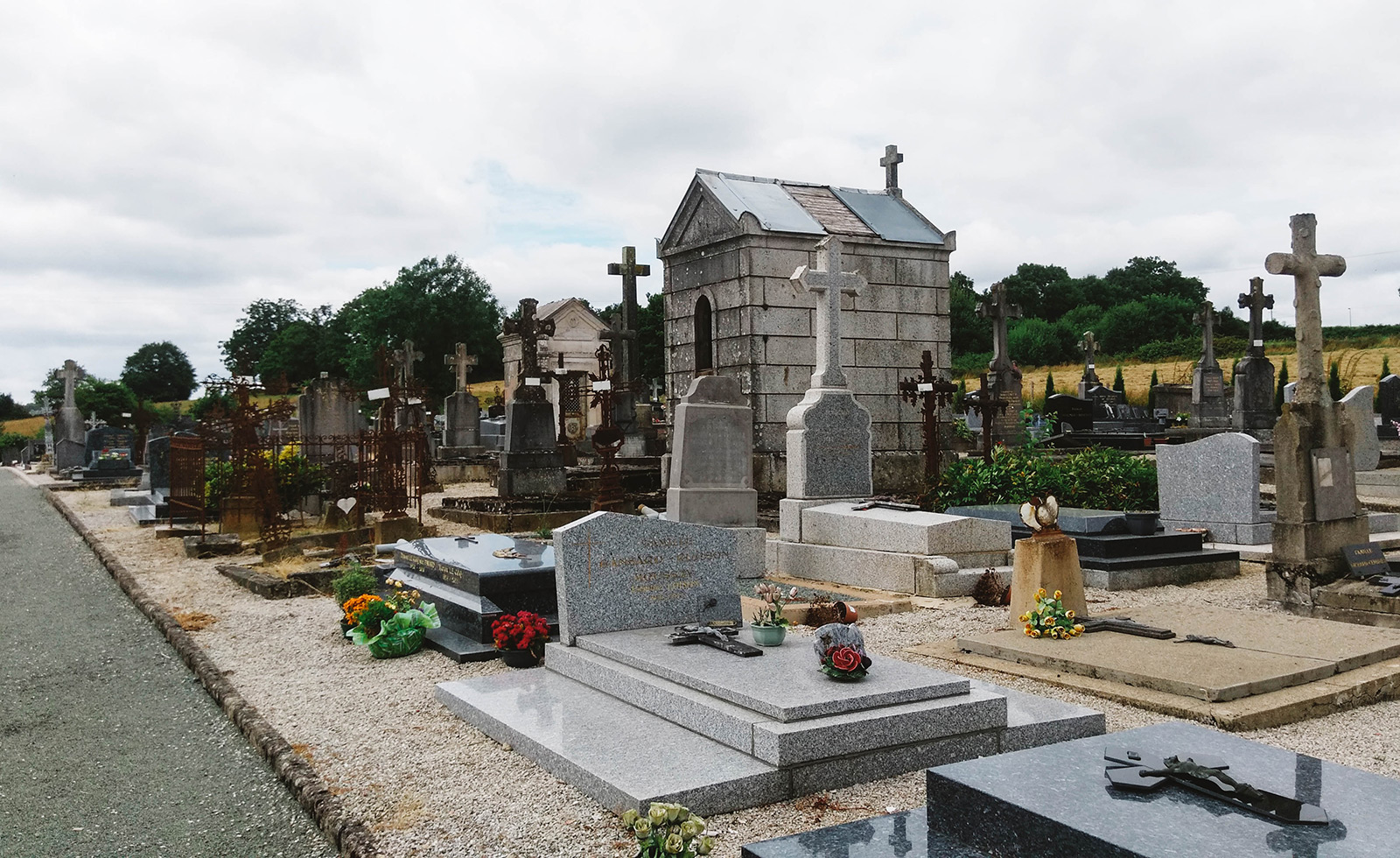 The cemetery of Loupfougères buries their dead in the traditional Roman Catholic ways, but with a bit less of the additional kitsch. There aren’t as many memorial plaques like we saw in Camburat, instead the graves are more simple and plain, with a few crucifixes added here and there. 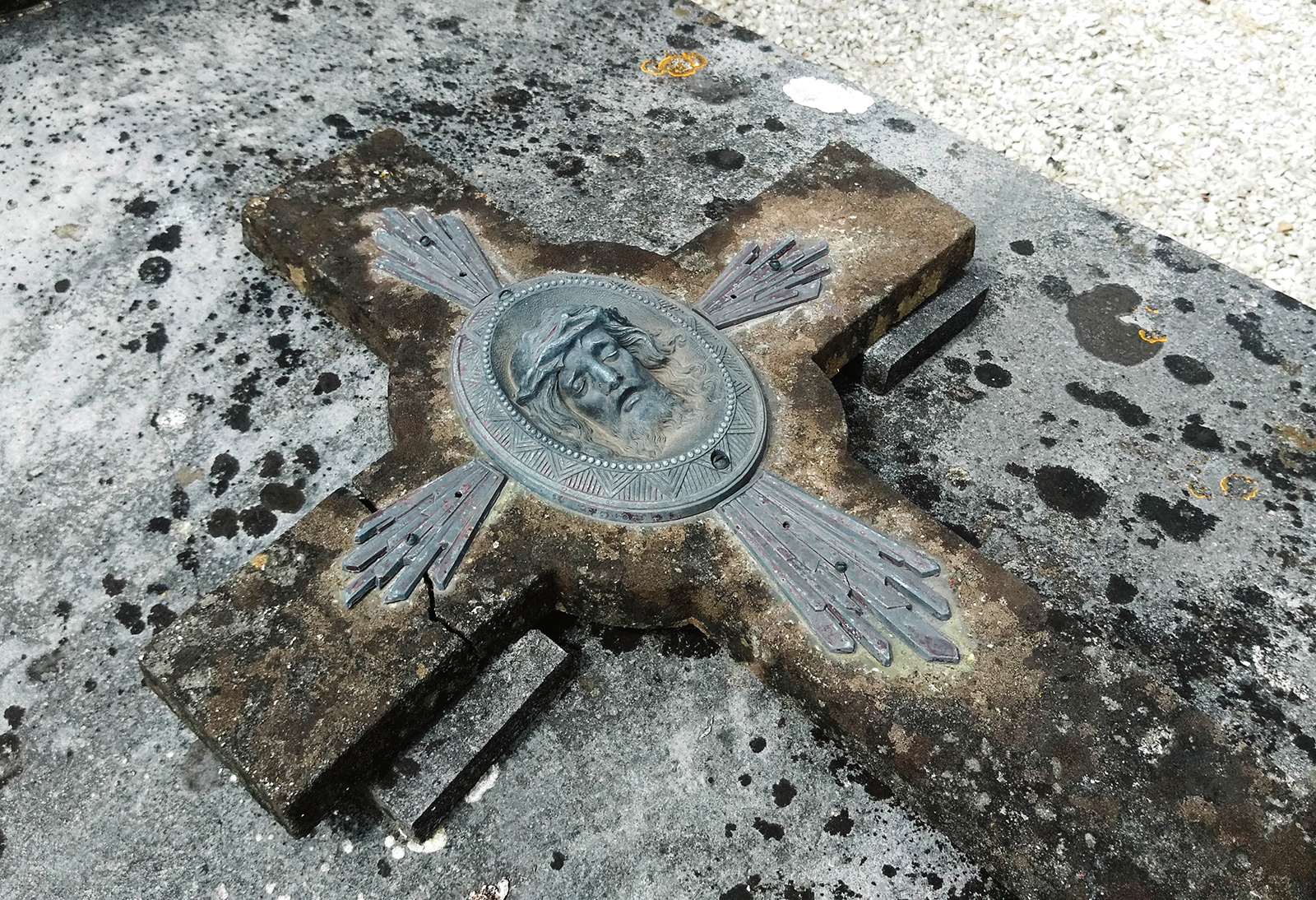 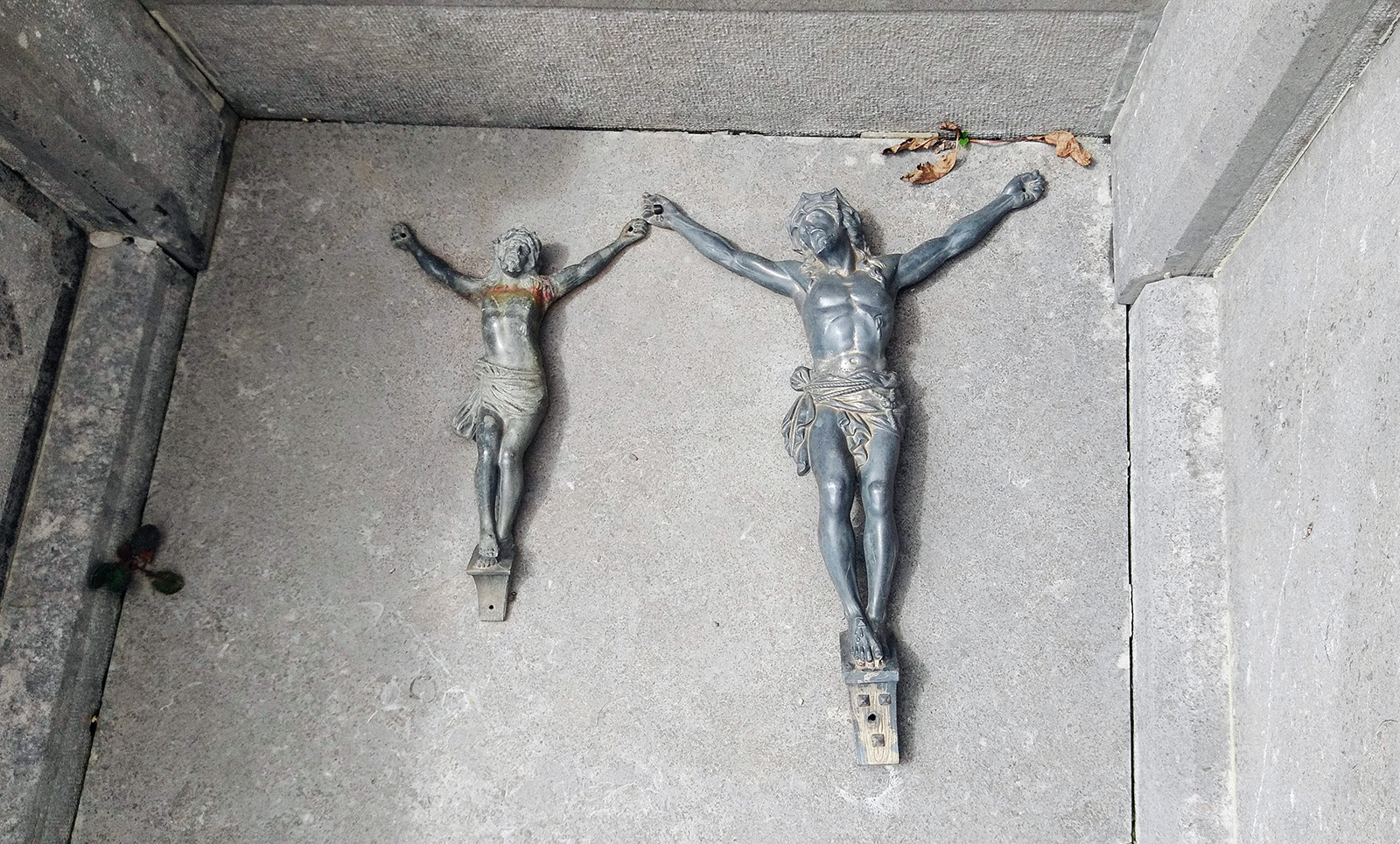 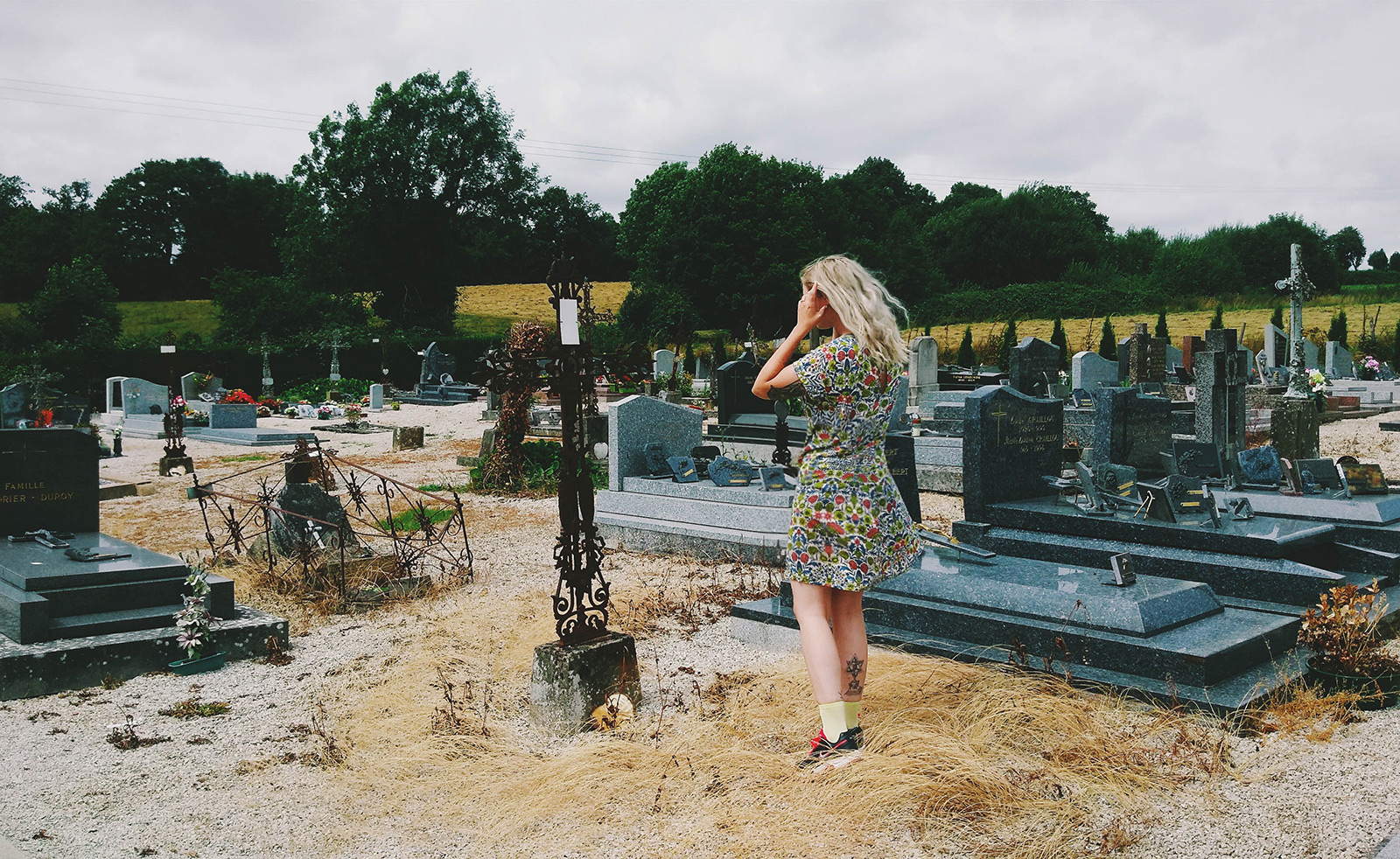 Tuning into the spirits of times past, I took a look inside this crypt to find it was heavily destructed on the inside, most likely through time and weather conditions. Vandalism at French cemeteries is a rare thing, as in France the cemeteries are very well maintained and protected as part of the public domain. 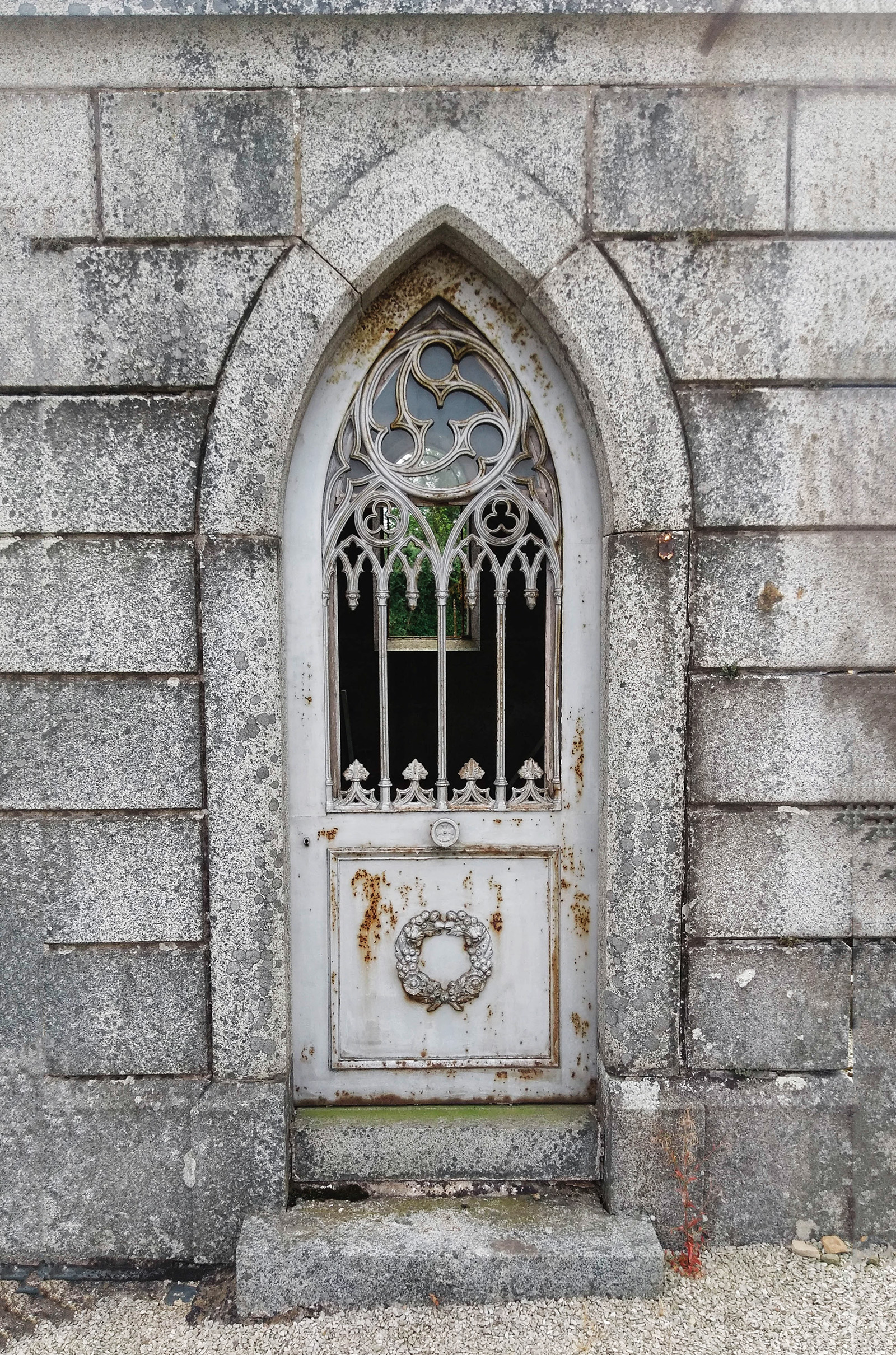 As the storm became stronger, I finished my round among the graves, having greeted the local villagers and trying to get a sense of what their lives here must have been like. It is an odd thing to realize how much the weather conditions can influence your experience of a place. As the wind violently rushed past, I felt as though I should be on my way now, and not linger at these graveyard grounds much longer.

A tiny lizard ran by haphazardly, as if he had lost his sense of direction. I waved goodbye to him and got in the car. As we drove away, I contemplated my blessings. I felt thankful for being alive and able to marvel at the mystery of it all. Darkness and light need each other in order to exist. All we can do is try our best and make each day a beautiful particle of the whole of existence. 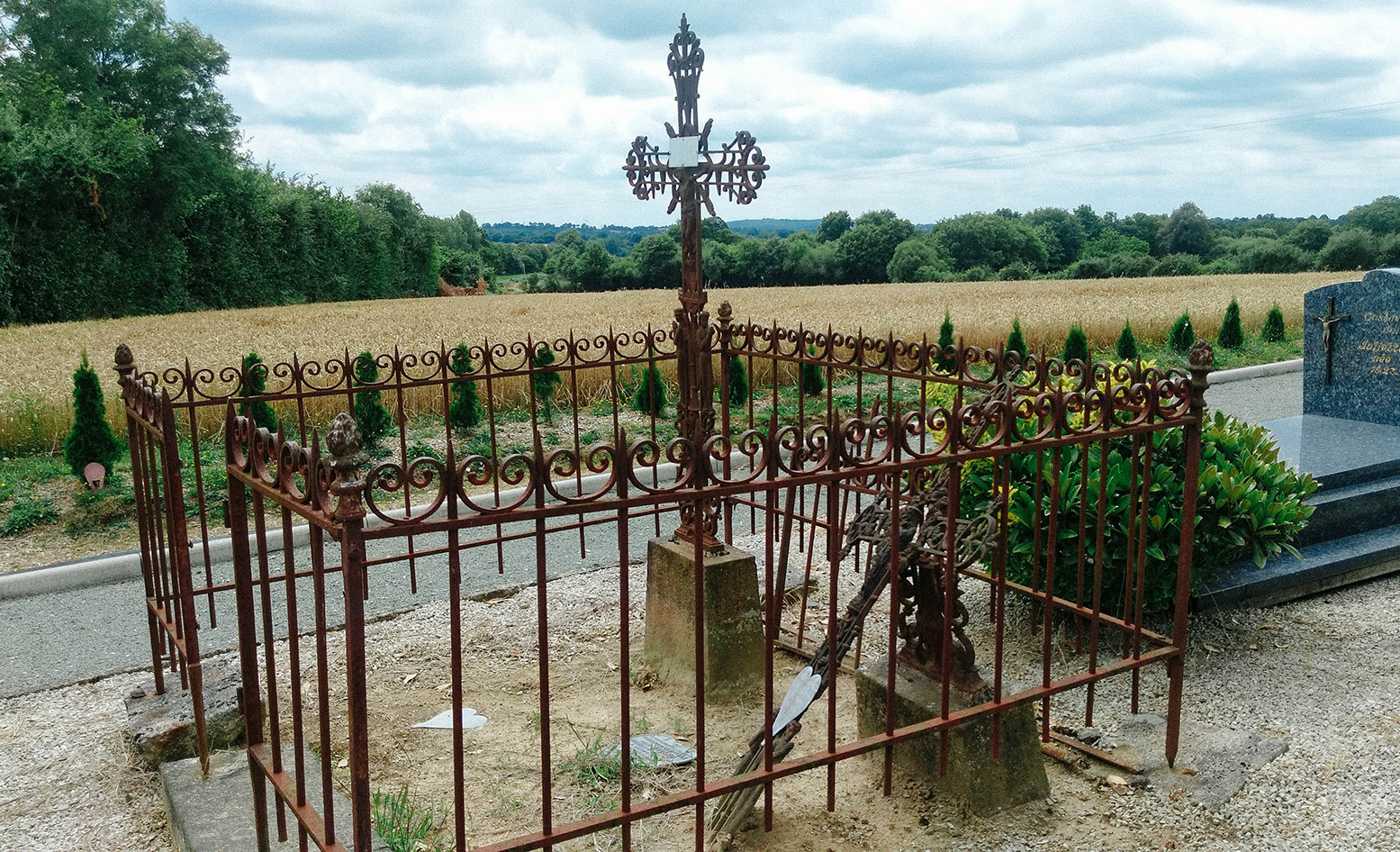 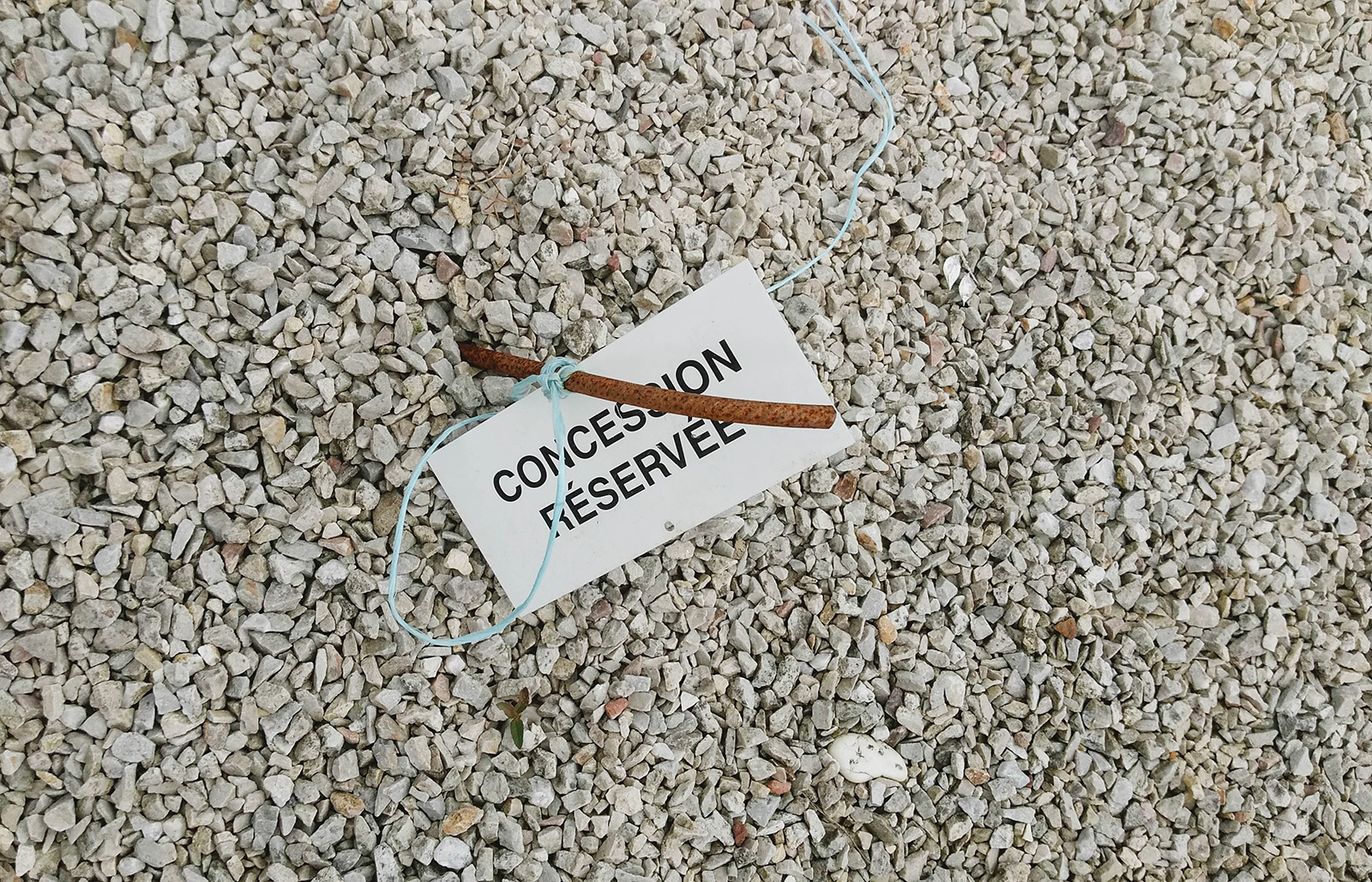 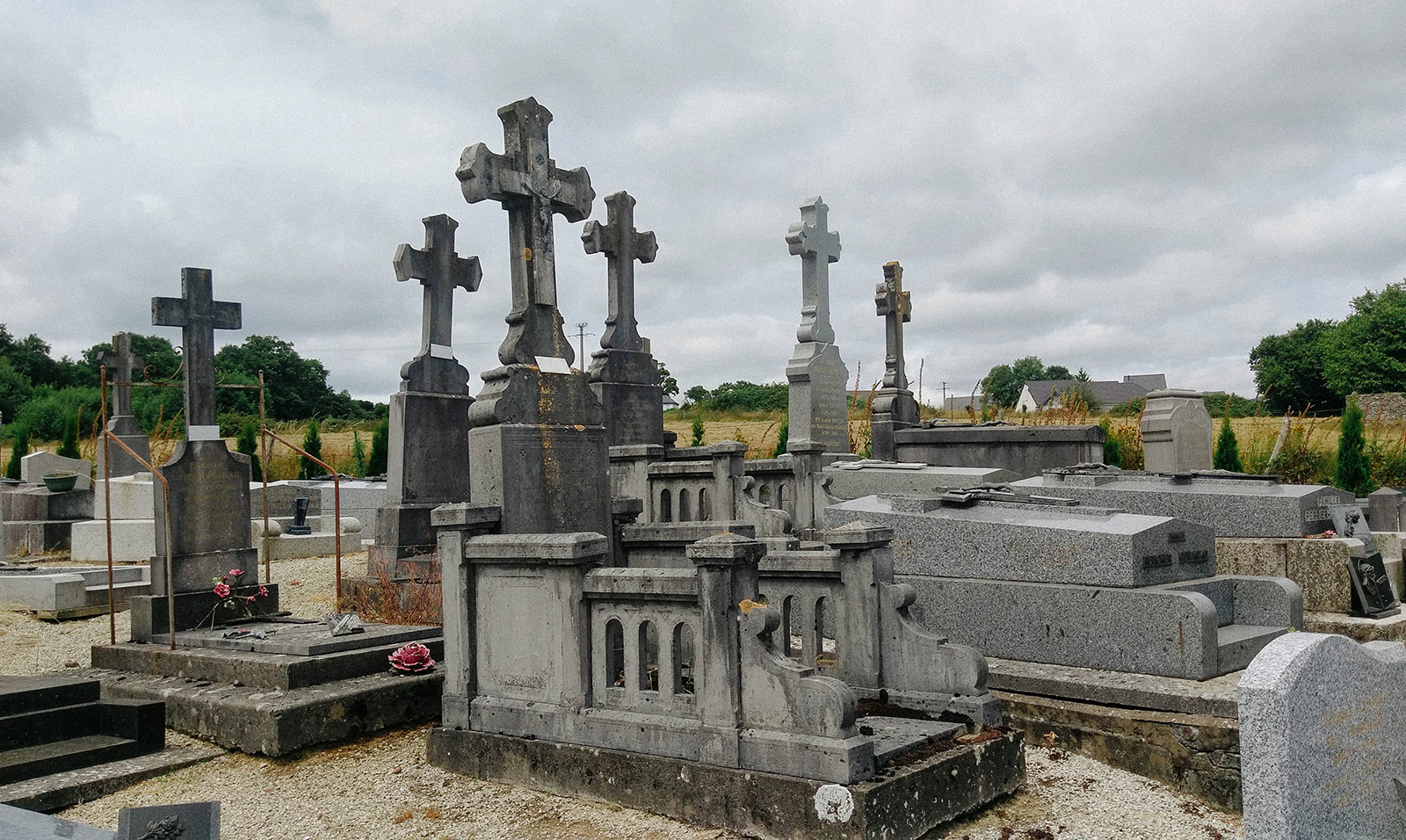 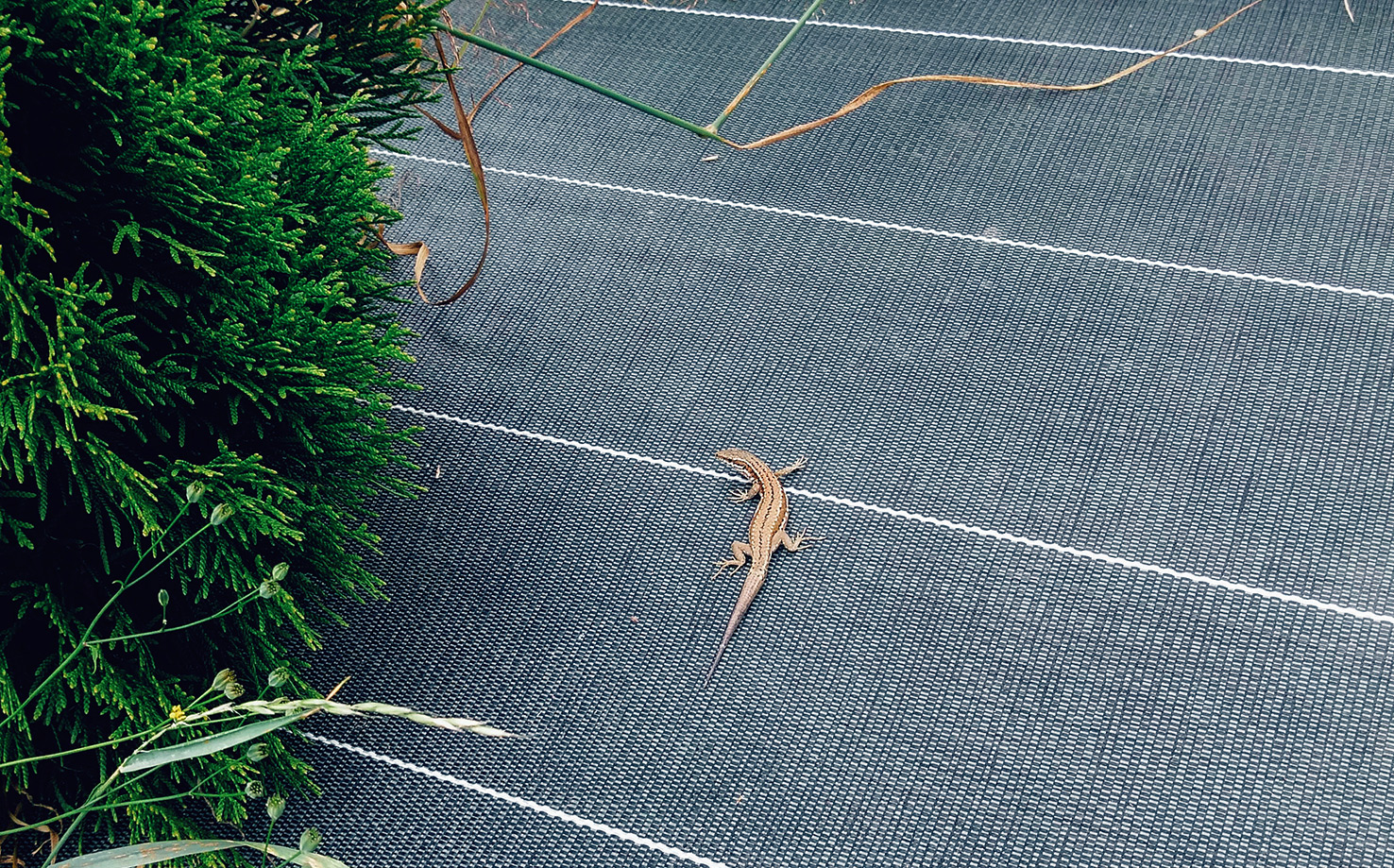 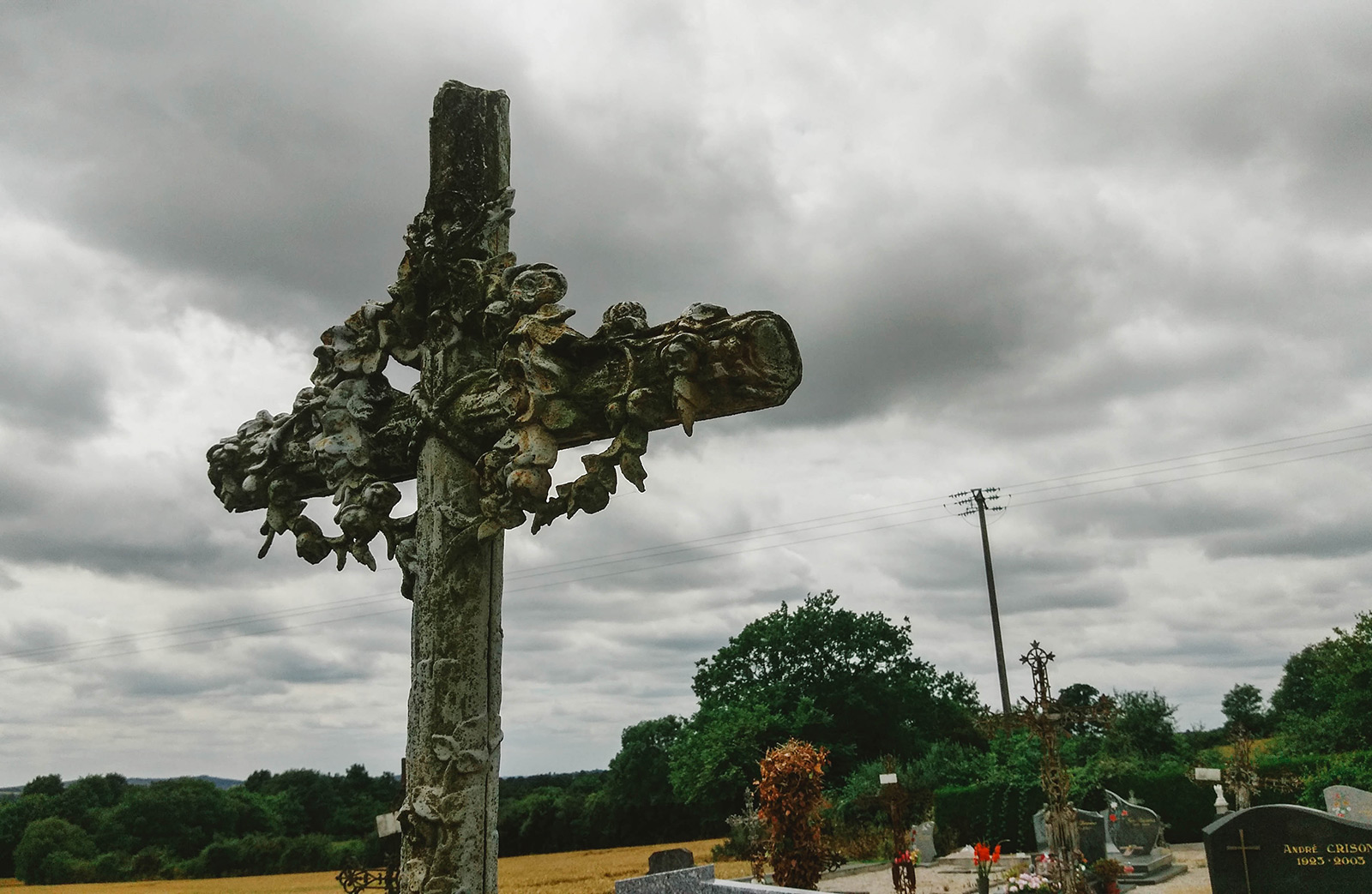