St Barbara is a Catholic cemetery located in the northern part of Haarlem, in the Netherlands. It is situated in the midst of a residential area. Houses surround it and a big road with shops is across the street from the entrance. But inside its gates, you find a quiet small cemetery that emanates eternal peace. 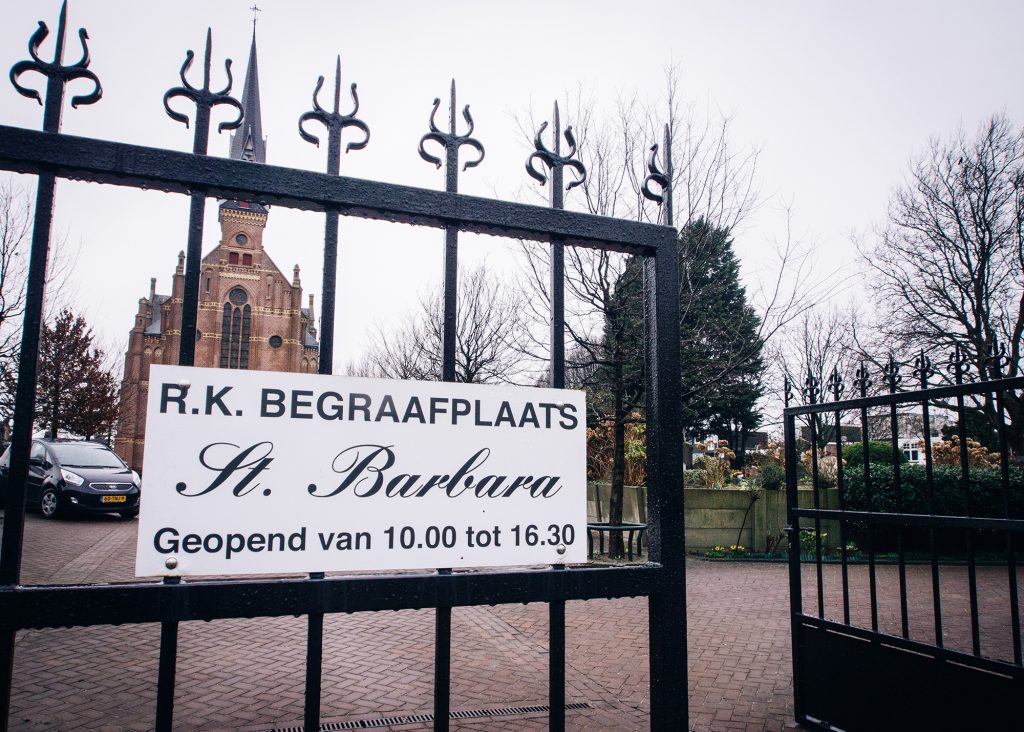 The cemetery opened in 1892 and is consecrated to Saint Barbara, an early saint and martyr. Since the early middle ages, Saint Barbara has been known as a patron saint for those who die a sudden, unexpected death.

When you enter the gates, a gorgeous Neo-Gothic church greets you.  The interior is just as pretty as the building itself, with red wooden benches and an alter with wood carved ornaments. 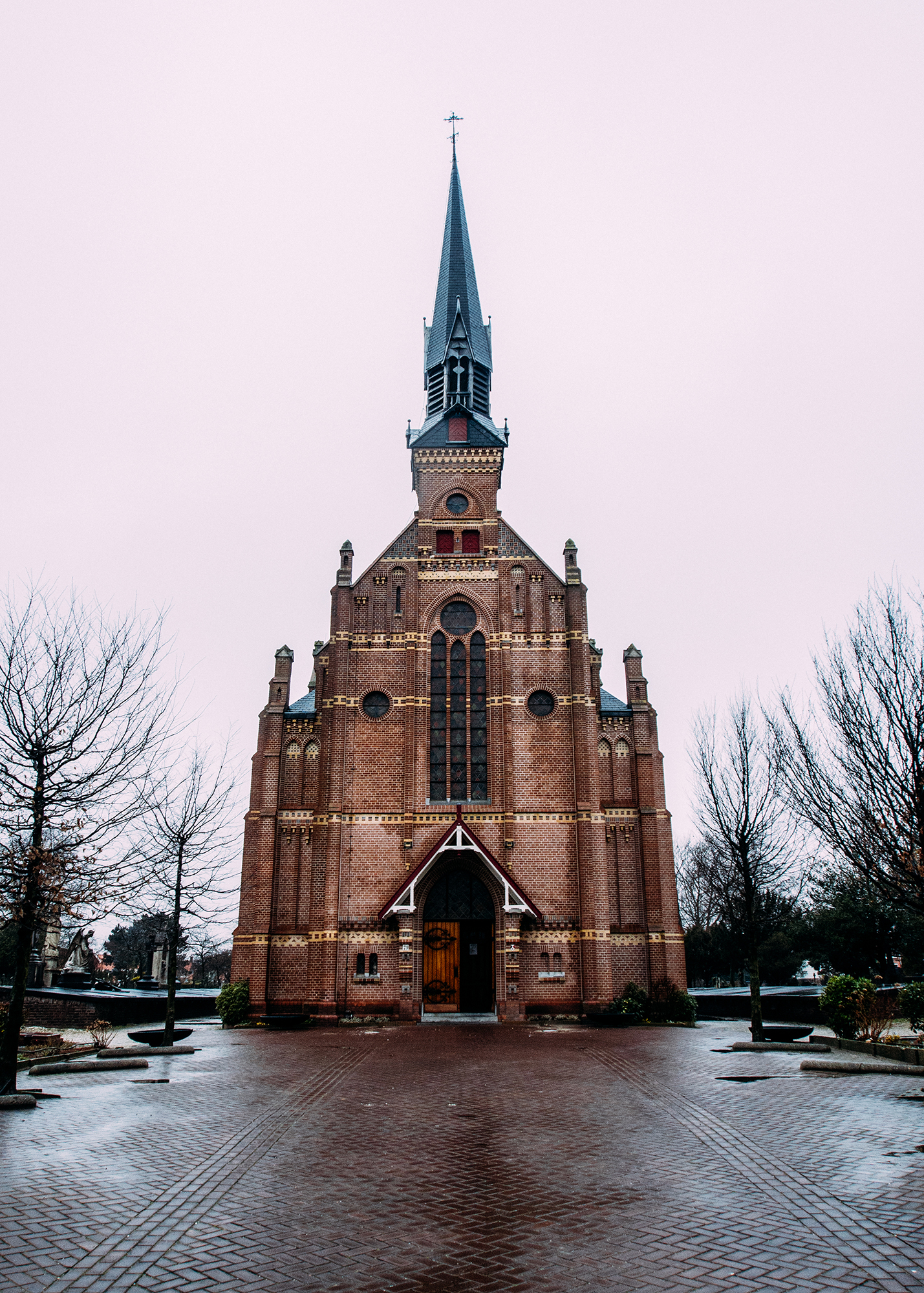 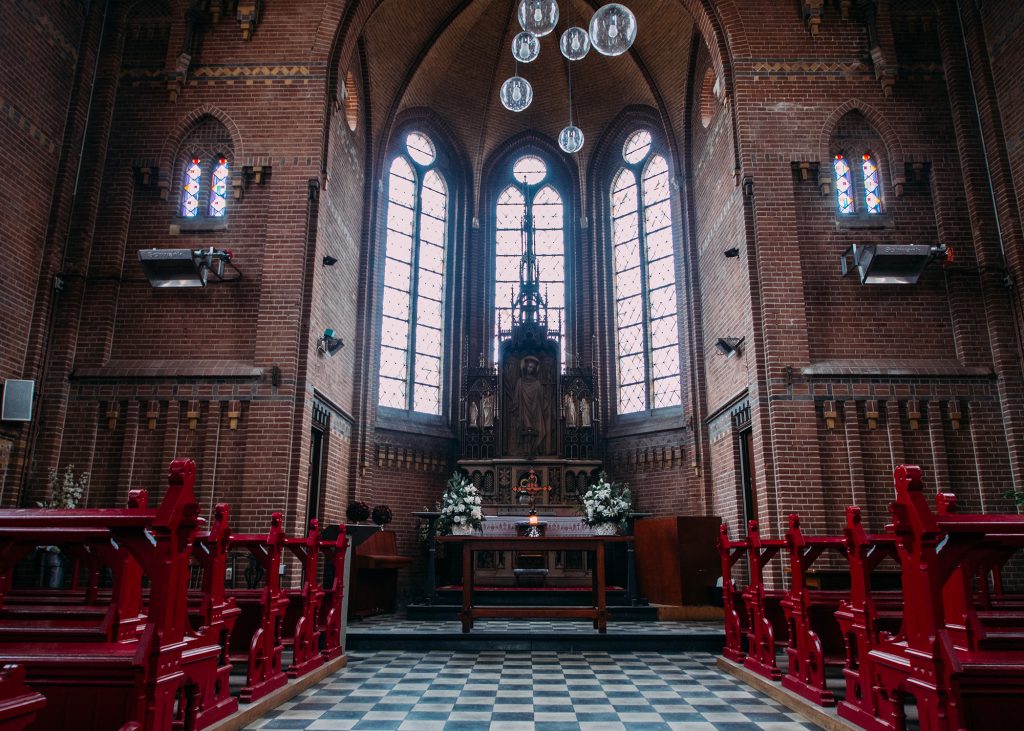 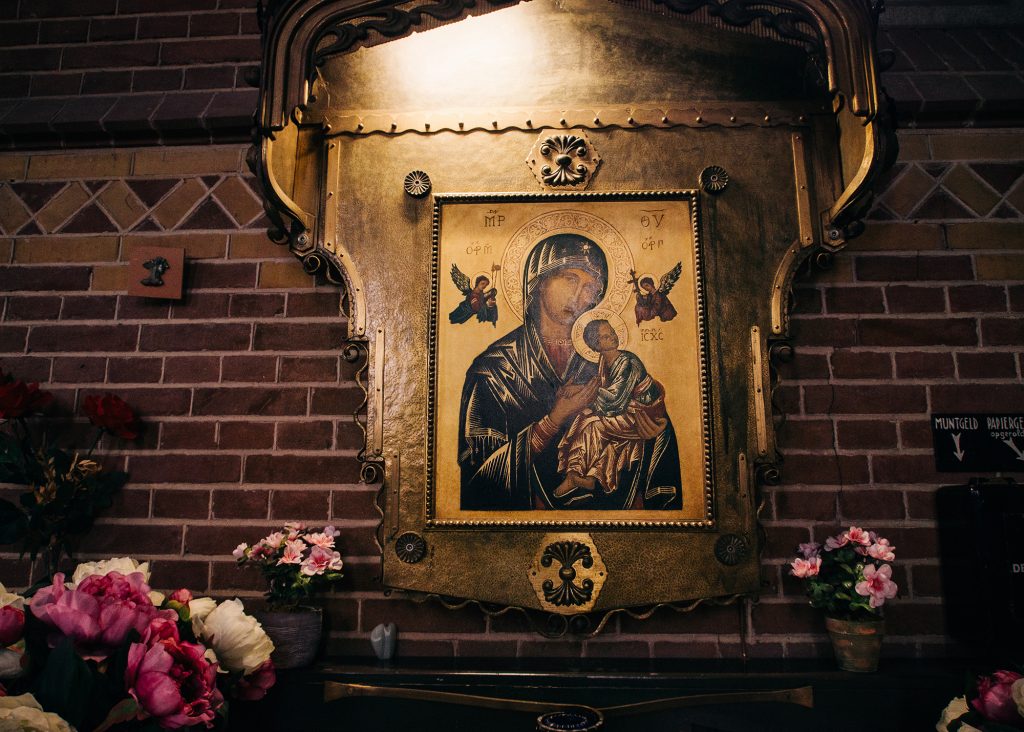 I visited the cemetery on a rainy day, so these images might display a bit of gloom. I prefer visiting cemeteries when the sun is out, like any normal person would like to visit a park on a beautiful sunny day. But if I look at the images now, I see that the overcast sky actually adds a sense of nostalgia and dark beauty to the statues I encountered here on this day. The Roman Catholic grave monuments are impressive works of art and made me feel as if I had traveled back in time some 100 years. 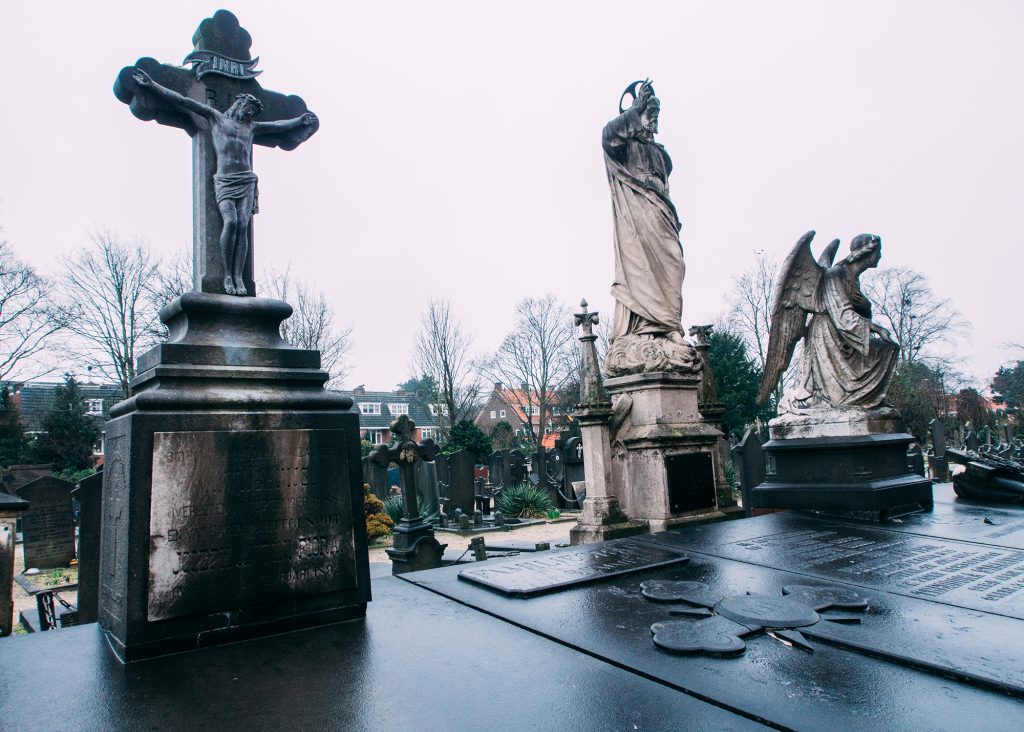 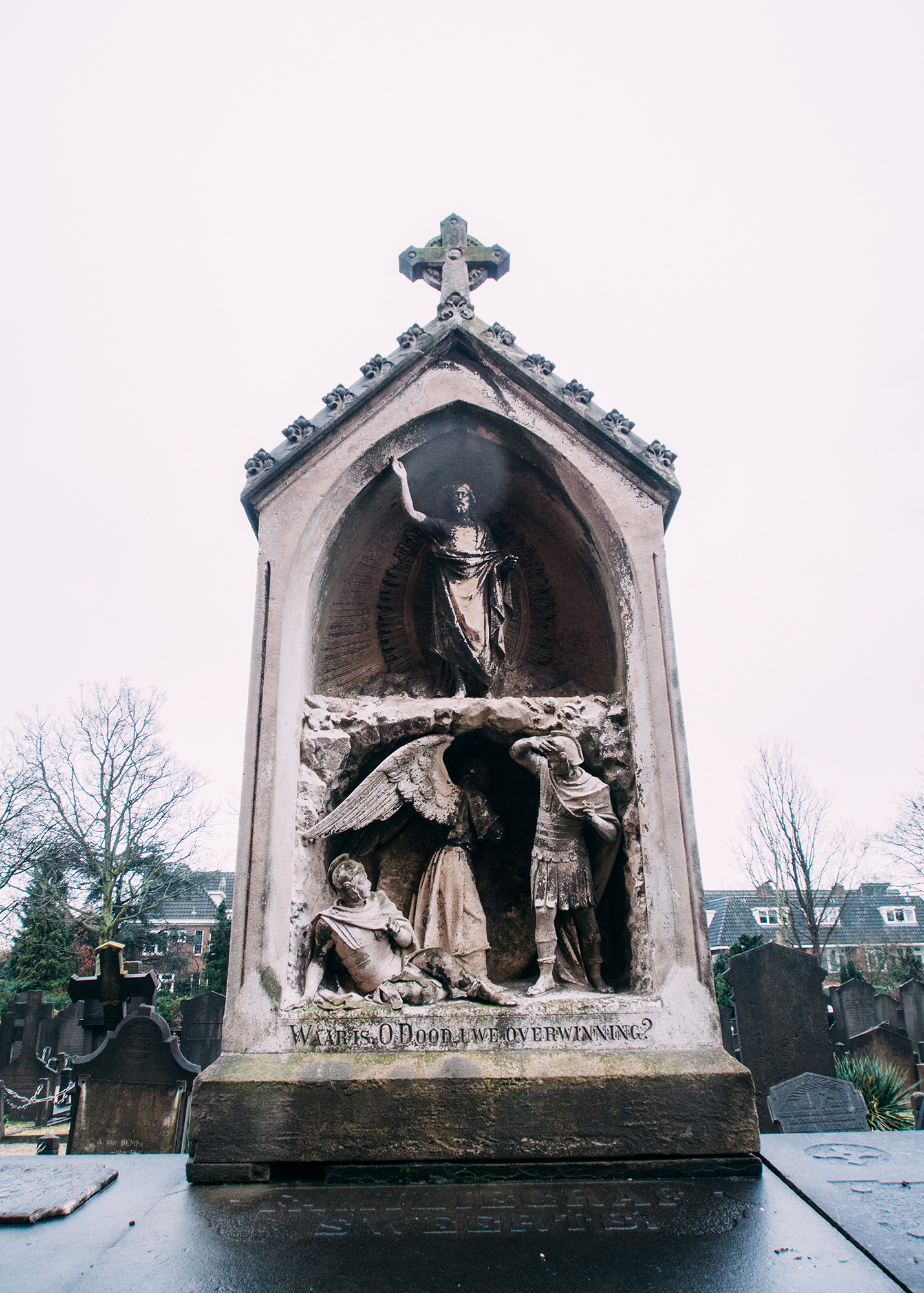 “Waar is, O Dood, uwe Overwinning?” – translation: Where is, Oh Death, your Victory?

The older graves are located at the front of the cemetery and areas with more modern graves expand towards the back. Most of the paths were very muddy gravel paths when I was visiting, also due to the rain of course, which in my opinion takes away a bit of the impressive beauty of some of the grave monuments.

Reading about the history of this cemetery, I learned that St Barbara has had many financial struggles over the course of its existence, which it has gladly overcome the past decennia. The partial lack of stone paths is a clear result of this. Also, in the past the cemetery had to cut down most of the trees that surrounded it, in order to make more space for new graves. These factors make St Barbara a bit of a rough diamond, but a diamond nonetheless. 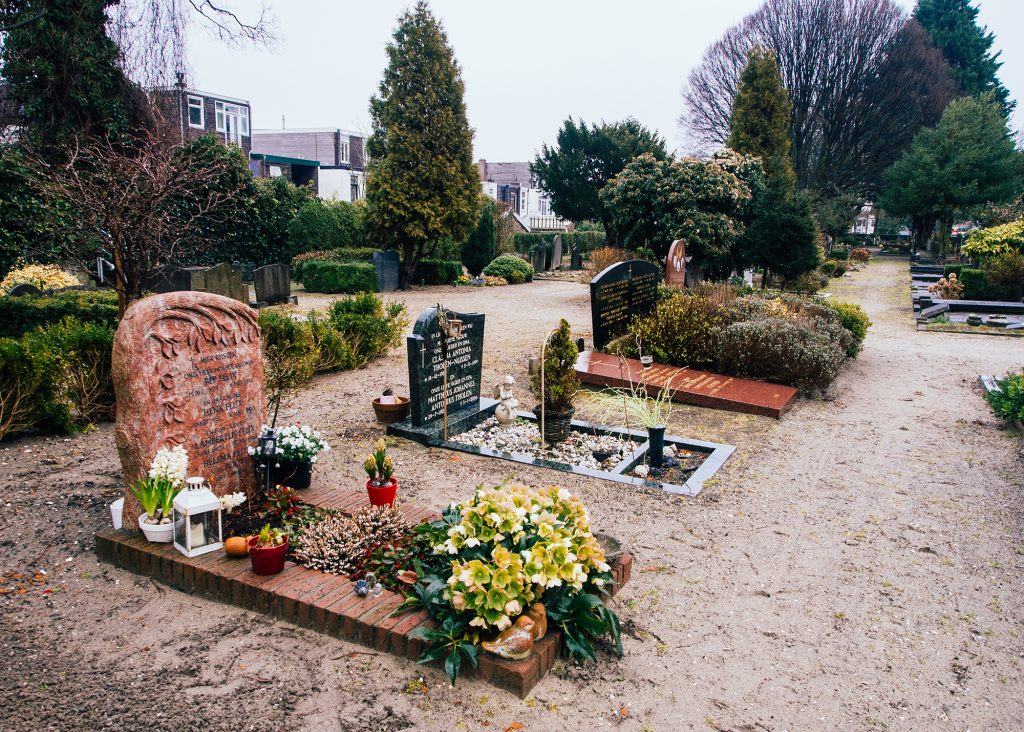 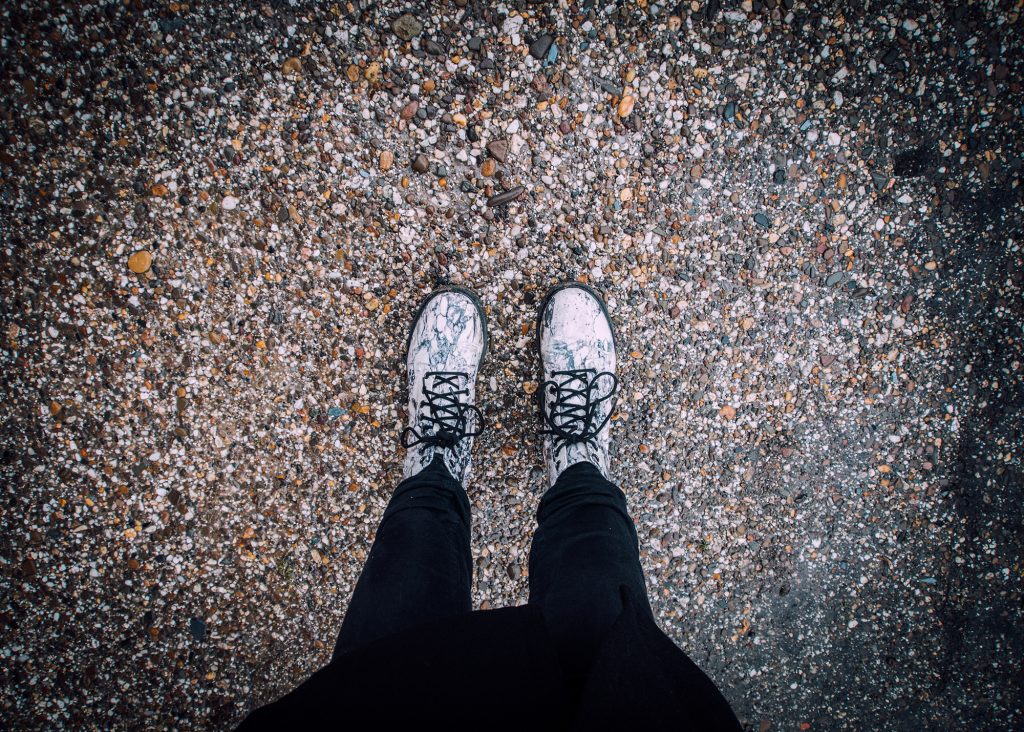 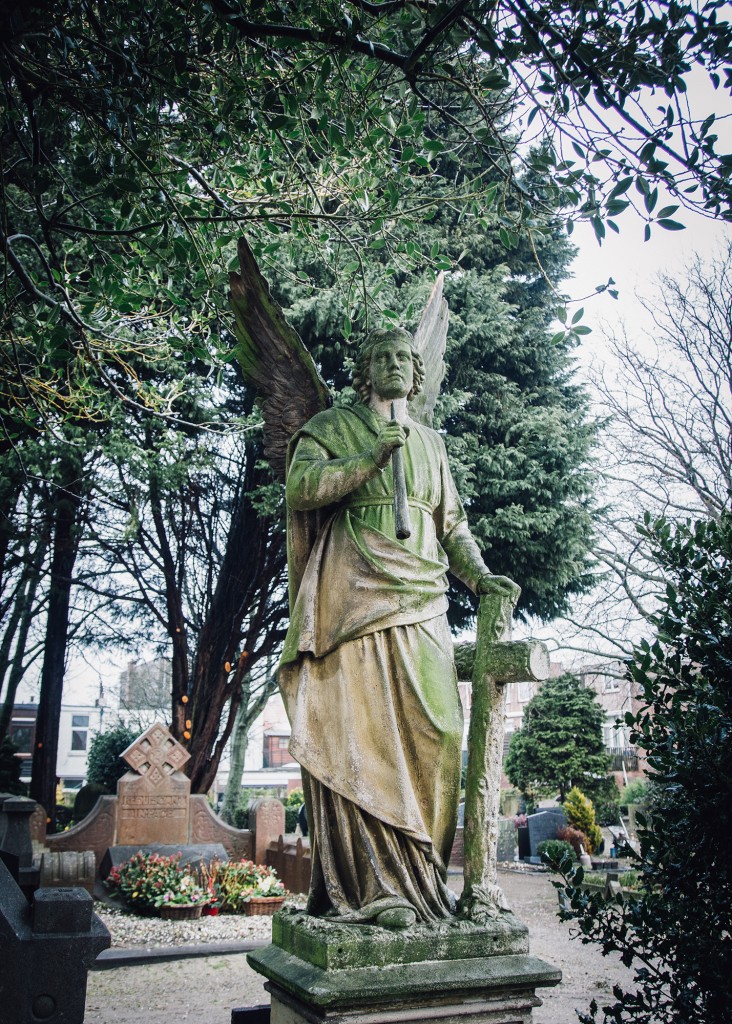 There was a small field with tiny stones, and a water bowl for dogs, which made me think this might be the pet cemetery, although I am not entirely sure. Right next to it was this very simple DIY grave which I really liked. Not sure if it’s a person or an animal who is buried there. Perhaps both? 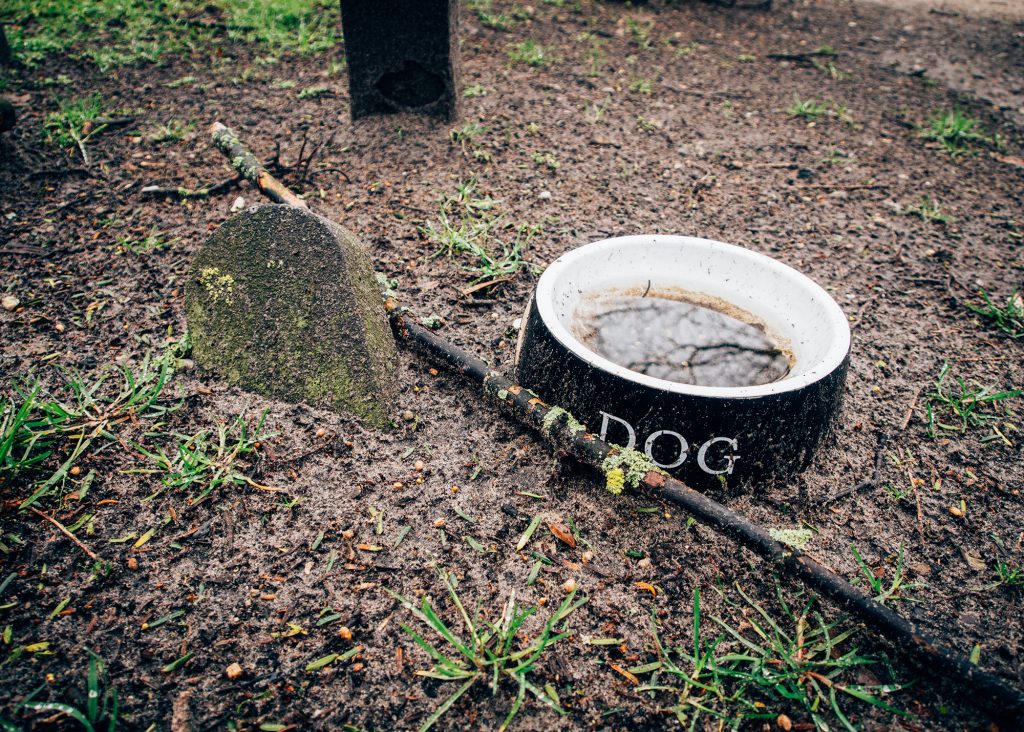 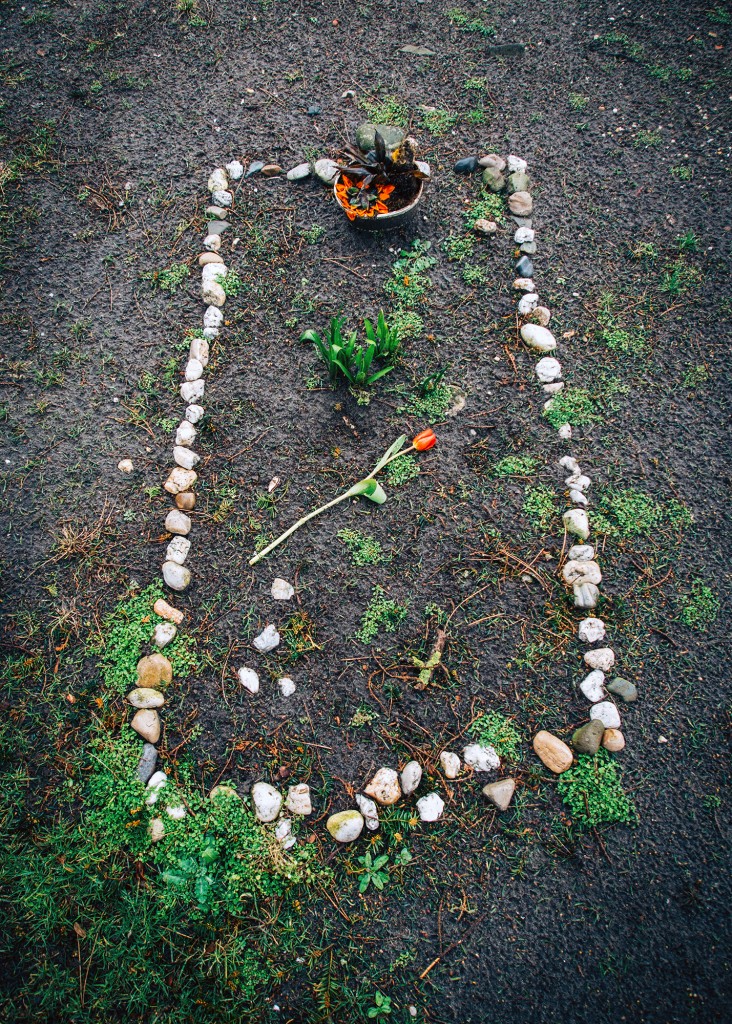 After wandering a bit further I found another graveyard resident, but a living one this time! Meet the cemetery cat: 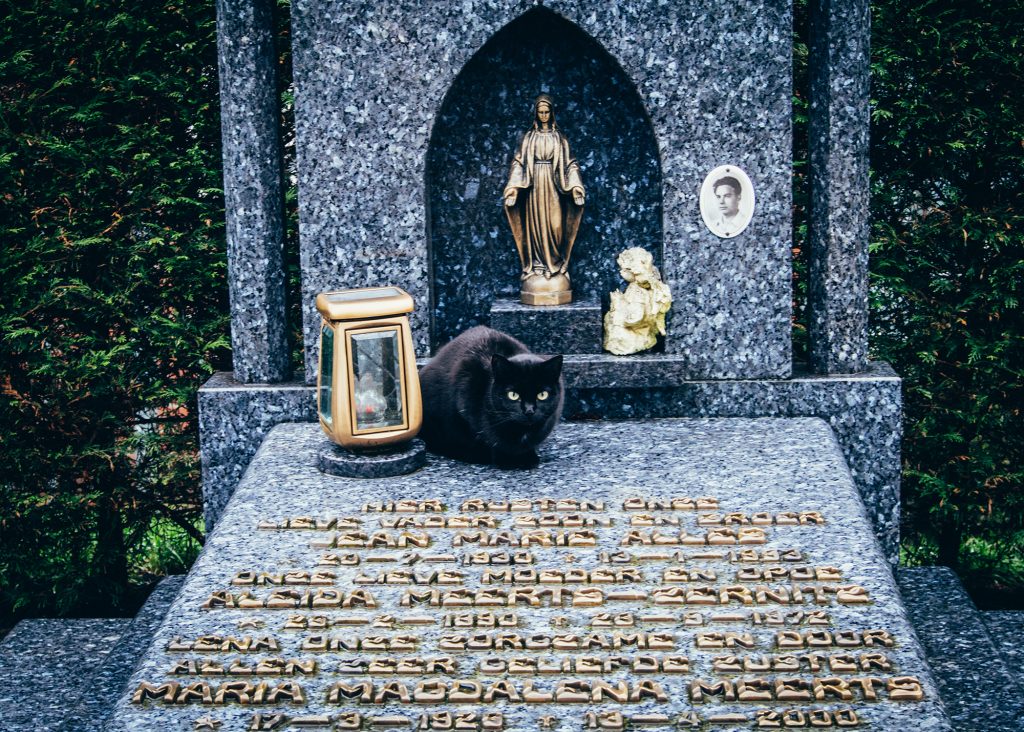 My favorite graves are some of the older ones. Damaged and sometimes even cracked by time, they add a new dimension of aesthetics to the mystery of life and death. My shameless cemetery selfie reflects a different sign of the times.

“Sign of the times is a phrase strongly associated with Roman Catholicism in the era of the Second Vatican Council. It was taken to mean that the Church should listen to, and learn from, the world around it.” 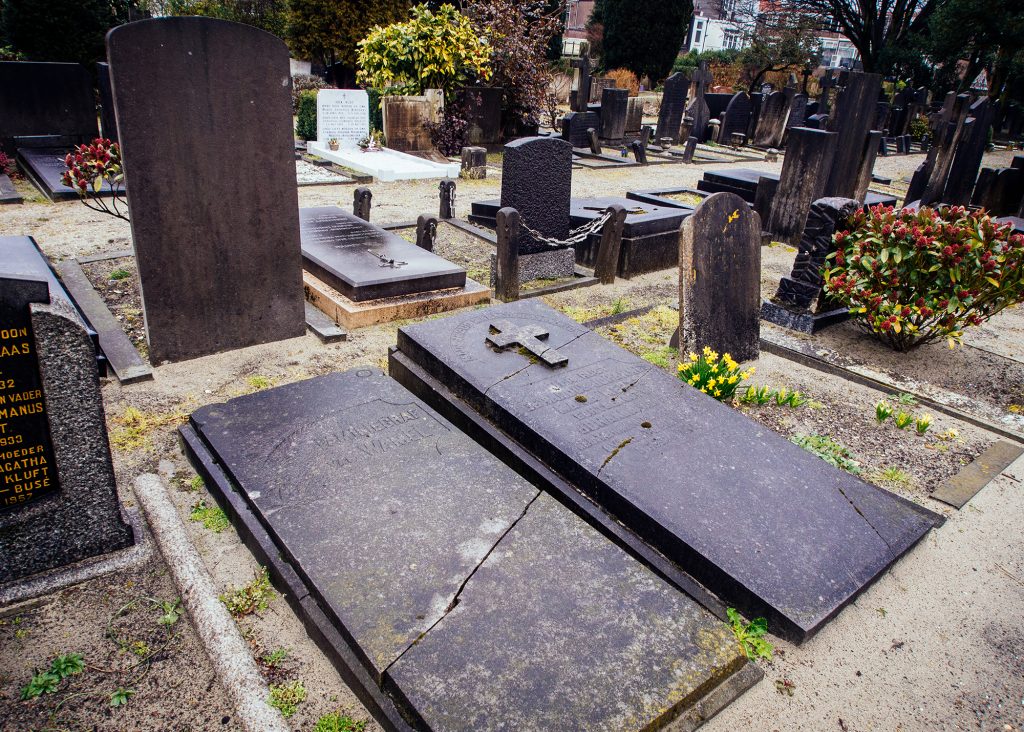 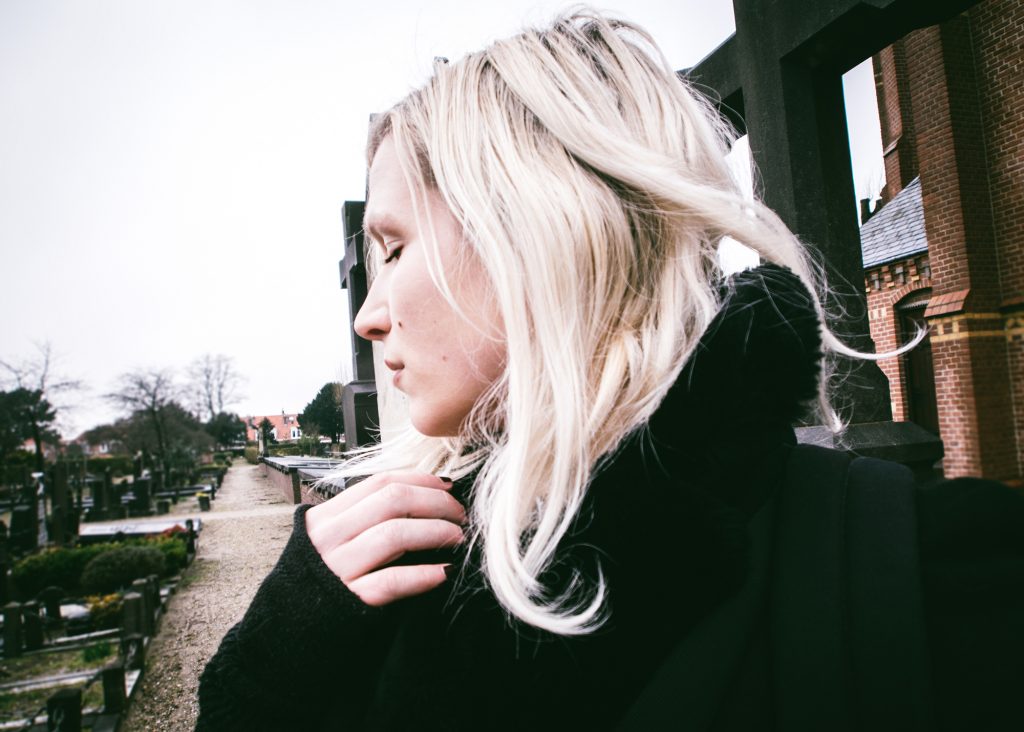 Cemeteries can teach us a lot. They tell us about history, about the people who lived here before us. Who they were, and how they are to be remembered. And of course, they remind us of our own mortality. They break the spell of our every day routines and bring us back to the core of who we are and what this life is about. Wandering around at St Barbara cleared my mind and restored it to a state of calmness. Like a good nights sleep, or a refreshing yoga class. Cemetery walks might just be the next new thing… 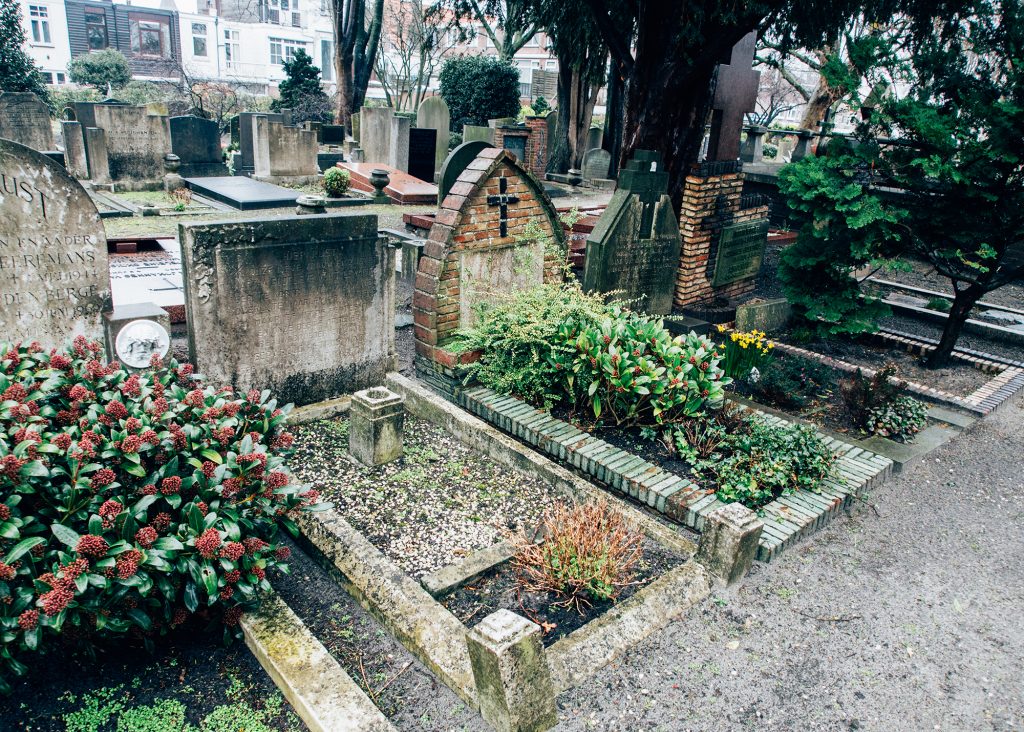 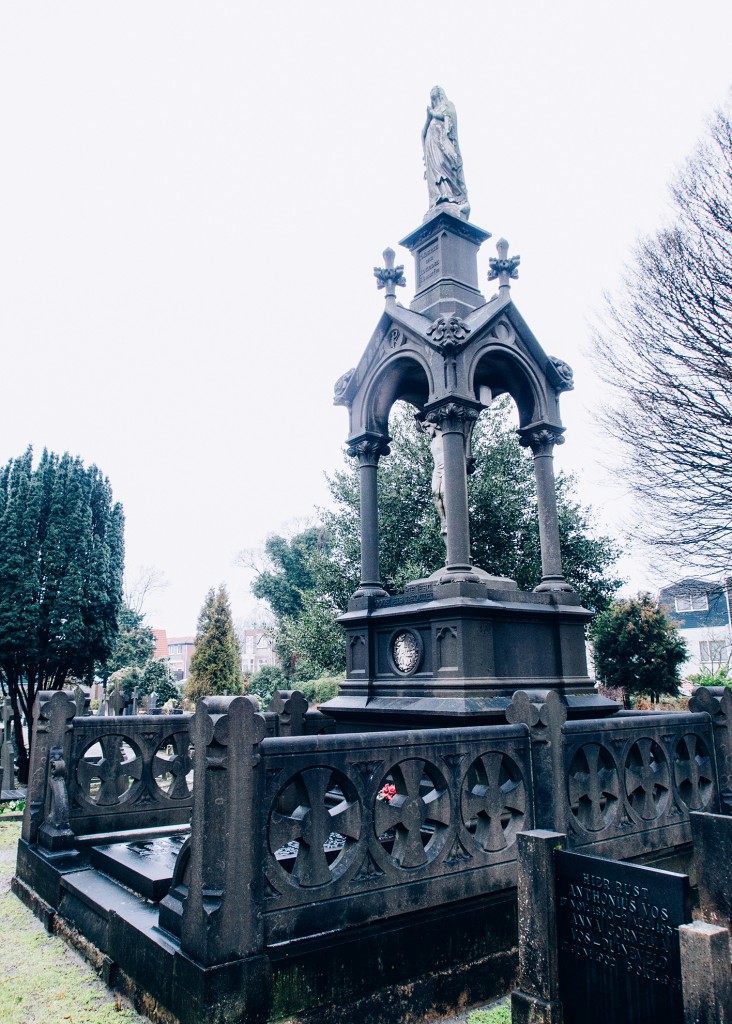 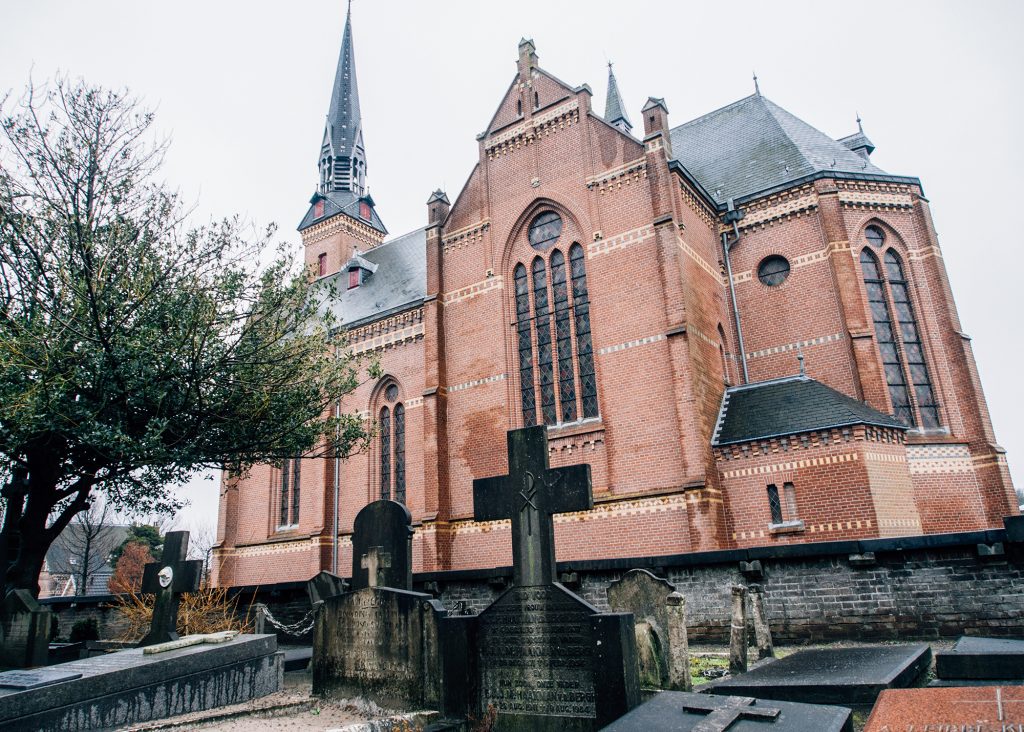